Duchess said:
Is it worth playing? I never played it back in the day (was Xbox / PC exclusive, I think..?)
Click to expand...

I owned an Xbox 360 and a PS3 and got to enjoy many of the great games of that generation and this was one of them.

DenchDeckard said:
Same old people defending, who obviously don't even know how even v sync works. Even with my limited knowledge I now know I know more than some peeps on here. Not going to even entertain it passed this post haha, it's actually funny. There's video evidence right in front of you yet some still can't accept it.

It's not even a big deal as the gams is so old and the engine was not made with these consoles in mind.

here's a quick lesson on what v sync is. 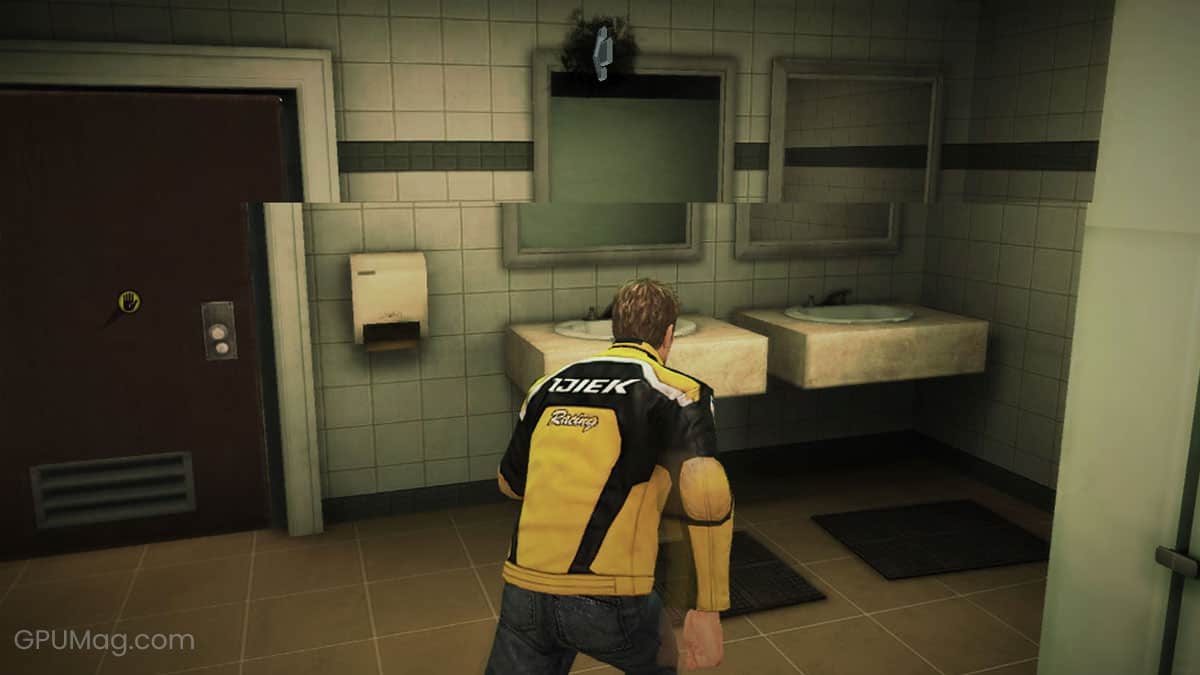 Most people have heard about VSync, but don't know what it does and if they should enable it or not. Here is a guide to VSync and some useful advice.

"One of these issues occurs when the GPU is unable to perform up to the monitor’s refresh rate. As a result, the monitor will leave the previous image on display until the next one is ready, which causes visual stuttering."

The ps5 gpu is struggling in more points of regular play than the xbox is, both consoles drop when streaming a new event or area which is clearly visible, but through general play the evidence clearly shows the ps5s gpu is taking a hit Just running through the woods or lighting a flare.

Due to the evidence I would imagine this continues to happen through the game.

Anyway, I'm out lol not going back and forth with the usual suspects on this.
Click to expand...

From what I knew triple buffering cost more fps than soft vsync. If they used it also on XSX, probably FPS will goes lower than ps5. Seeing at the statics, XSX hit a lower low FPS than ps5 with just soft vsync, so they preferred soft vsync.
Last edited: Apr 25, 2022

The laziest remaster ever. I really think it's a rip off. I lost quite a lot of respect for them after this lacklustre, farmed out, done on the cheap cash grab. Crap.

Elder Legend said:
Ancient game, who gives a fuck. So sick of these comparisons on these old titles that don't really matter anymore and were built originally to run on previous 2 generations old hardware. Means absolutely nothing.

Make a thread when a true next gen exclusive only title (not cross gen) gets released and then compare it.
Click to expand...

DenchDeckard said:
All I was saying, is if you watch the actual video, and from 2 mins 10 seconds onwards you can clearly see the ps5 is struggling to hold a locked 60 through general play.

to add, I was always under the impression that the data is taken from the video the channel is sharing on YouTube. If that is not the case then I apologise for the mix up.

When the series consoles drop, they drop harder than the ps5 but then bounce back within a second or two which is obviously affecting the overall data on averages and lows. The ps5 is consistently hovering between 55 to 58 fps in general play which shows the gpu is struggling to deliver the consistent locked 60 fps and it has nothing to do with v sync. Both versions drop in the same places, the xbox more severe then it bounces back. So playing the game you are going to feel a drop then it kick back (if you don't have vrr) on ps5 you are going to feel the under 60 fps more and also suffer from increased input lag due to the v sync.

Yes, the data is obviously 100 percent accurate but it doesn't tell the full story on if you actually watch the footage and see with evidence what is actually happening through a general run of play.
Click to expand...

In my experience, vsync has a performance cost. Fixing tearing isnt cheap. i dont know actual numbers but it is roughly 10-15% from what i recall.

The spreadsheet is maintained by vgtech. he posts it himself. they are far more detailed than the videos which may or may not show all the drops. I definitely saw those ps5 scenes drop far more than the xsx, but id argue that a big drop to 40 fps is far more noticeable than a game consistently running around 55-59 fps.

but thats neither here or there. both games have an average of 59 fps and thats pretty much as closed to locked as you are going to get.

Duchess said:
Is it worth playing? I never played it back in the day (was Xbox / PC exclusive, I think..?)
Click to expand...

Definitely. It's a great game with great atmosphere and fun combat. Feels like you're playing a Stephen Kind made-for-tv movie.
F

555-Goodbye said:
The laziest remaster ever. I really think it's a rip off. I lost quite a lot of respect for them after this lacklustre, farmed out, done on the cheap cash grab. Crap.
Click to expand...

Remedy has been involved with one shitty behavior after another recently. First, the Control Ultimate Ed being PAID even for those that already paid for the damn game a year earlier. Then this lazy remaster with false advertising of "4k" when it's 1440p. Then the shitty cash grab of Crossfire X on xbox/PC, which is a game so far below their pedigree.

Elder Legend said:
Ancient game, who gives a fuck. So sick of these comparisons on these old titles that don't really matter anymore and were built originally to run on previous 2 generations old hardware. Means absolutely nothing.

Make a thread when a true next gen exclusive only title (not cross gen) gets released and then compare it.
Click to expand...

Is this game still worth playing?

clem84 said:
Is this game still worth playing?
Click to expand...

I think so, yes. especially as the sequel is coming next year.

Captain Toad said:
The screen tearing seems to be the only thing of note here.
Click to expand...

Adaptive vsync not on Xbox i guess

I remember that game having a lot of alpha texture effect that tap into the 360 EDRAM bandwidth to pull it off.
Quite an atmospheric game for its era, this is one of the exclusives that made me pick up a 360 back in the day.

I see games that have a lot of alpha effects are usually scale back on HD remasters, probably because that effects are very heavy on the system fillrate. Silent Hill 2 comes to mind, PS2 was a fill rate monster and that game uses a lot of that in its atmosphere, the HD remasters had to cut it off quite a lot of the fog density.
You must log in or register to reply here.