The magazine suggests an announcement is coming before February 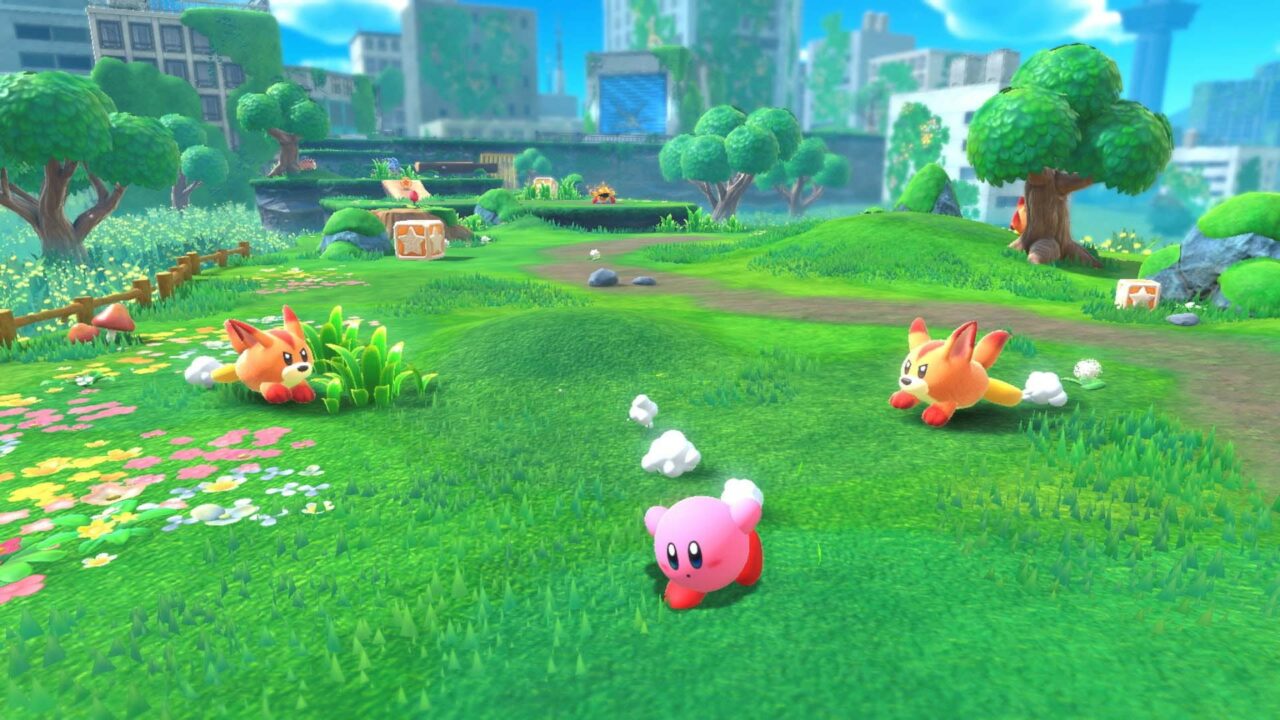 A Japanese Nintendo magazine is teasing the announcement of a new Kirby game according to a translation posted by a Twitter user.

According to user Dededaio, the teaser image in the January 2021 Nintendo Dream magazine translates to:

“New issue will release it on Monday, February 21. In addition to detailed news about Kirby and The Forgotten Land, we’ve also included a new game that we didn’t expect! … I have a feeling that a new title will be announced”.

It’s not clear if the publication is referring to a new Kirby title specifically, or just a new game of an unknown series. However, 2022 marks Kirby’s 30th anniversary and Nintendo has said to expect activity.

Kirby’s next adventure, Kirby and The Forgotten Land recently received a new trailer as well as a launch date.

The game will be available on Nintendo Switch on March 23.

The new trailer also shows off co-op gameplay for the first time, with player two able to control a Bandana Waddle Dee to help Kirby on his mission.

Kirby will be able to inhale enemies to gain their abilities as usual, and the trailer (which can be seen below) shows off some new abilities like the Drill (which lets him drill into the ground and attack enemies from beneath) and Ranger (which lets him attack distant enemies).

The game was announced during a Nintendo Direct presentation in September 2021, but there’s been no further information until today.

The game sees Kirby arriving in an unknown land, where he discovers that Waddle Dees are being kidnapped by a group of villains called the Beast Pack. It’s up to Kirby and his new friend Elfilin to rescue the Waddle Dees.

Rather than the typical 2D side-scrolling platforming Kirby is known for, this new game will be a 3D platformer in which players will be able to freely move around in 3D arenas using familiar Kirby copy abilities.

I see Kirby games as boring and easy games for children but, ngl, this new one looks neat.

It's crazy but Kirby is one of the most featured video game characters in history. There has been a new Kirby game almost every year for 30 years straight.

And this new 3D platformer looks really cool, but who knows with HAL these days, they might hit it out of the park or it might be underwhelming.

The two 3DS games are awesome.

Really? I'll make sure to try them then, thanks.

TintoConCasera said:
Really? I'll make sure to try them then, thanks.
Click to expand...

Yeah. And they make great use of the 3D effect. What a shame that Nintendo decided to move on from this, it was awesome.

I don't think anything in that message indicates it's a Kirby title. Will probably be something announced in the February Direct.

Some are clearly better than others though. Play the 3DS games or even the two Wii titles. They are amazing.

Wasnt this shown in the Nintendo Direct with actual gameplay?

Alfen Dave said:
Wasnt this shown in the Nintendo Direct with actual gameplay?
Click to expand...

I think it's a different game than Kirby and The Forgotten Land.. at least based on the tweet translation.

Kirby games are cool. Usually. The current sidescrolling switch one is crap though. Squeak squad on ds was not good.

The 2 3ds games are good, kirby 64 is good (my favorite kirby ; the powers are by far the best) , kirby return to dreamland on wii is good etc. kirby’s epic yarn is just adorable lol.

There’s only 3 switch games on my to get list this year so far and kirby forgotten land is one.
Last edited: Jan 23, 2022

modern Kirby games are more about solving puzzles and finding secrets. older Kirby games can be pretty challenging tho. the NES and SNES games aren't that easy
You must log in or register to reply here.