The Witcher Season Two Set To Start Filming In February 2020 It's already been confirmed that Netflix's new big budget fantasy show will have second series with the first being released just days ago.

Showrunner Lauren Schmidt Hissrich wants to take things up a level and filming is reportedly scheduled to begin on February 17th, 2020
Click to expand...

Which is to say, the second season will be more 'intense' than the initial eight episode run that hit screens last Friday.

Given that one enthralled fan has already said the show "makes Game of Thrones look like two drunks fighting" they're definitely going to ramp it up a notch, then.

In an interview with Digital Spy, Schmidt Hissrich said: "What I would say is that season 1 is very much about building blocks,

"It's about constructing the world, and setting up these characters, and putting them on paths, and knocking those dominoes over."

She went on to say: "When you get to season 2, all of those things start to come to play, which is that characters start meeting each other - sometimes getting along, sometimes not."

"All those things that we set up - Geralt and Yennefer; Geralt and Ciri; Yennefer and Ciri; all of the different kingdoms that you just barely hear about in season one, start rising to the surface in season 2.

"So the storytelling is a little more intense in a way, and maybe a little more focused and driven in the journeys that we're telling in season 2."
Click to expand... If you're completely unaware of The Witcher, it's based on a series of books by Polish author Andrzej Sapkowski and stars the Man of Steel himself, Henry Cavill.

Cavill plays a solitary monster hunter called Geralt of Rivia, who traverses an area called The Continent looking for beasties to do battle with.

Whilst the initial reviews have been a mixed bag, with some critics giving it an absolute panning, the fans - the people who actually matter, when you think about it - have been quick to praise the show.

Particular recognition has been saved for the fight scenes, which are expertly choreographed and visually very impressive.
Click to expand... One person commented: "I have watched the first two episodes and I can say this : - the best sword fighting scene I have ever seen. - I have laughed and I have cried (twice already).

"Don't be anxious, you have done a wonderful job. This show has a soul of its own. Can't wait to savour the rest."

The entire first season of The Witcher is available to stream on Netflix now.
Click to expand...

The Witcher Season Two Set To Start Filming In February 2020

The first season only came out last Friday

First season was a mixed big. The casting of the main trio was great, the rest was either good (Jaskier, Tissaia, Calanthe) or outright terrible (Triss, Fringilla). Special effects too were inconsistent, some of the magic and creatures looked good while others were godawful (the dragons ). I wish there were more scenes showing Geralt wrecking fools with his sword. The fight in the first episode was fantastic.

The story is where I find most fault though. It was a mistake I feel to present three different narratives for Geralt, Ciri and Yennefer. Really ruined the pacing and muddled the focus of the show. I wish they'd gone with standalone episodes that focused on Geralt much like the original short stories. Let the wider story of the saga come in much later.

I really hope season 2 improves. The first season was okay enough for me but anything less will be a dealbreaker. I can always go back and play the games for my Witcher fix.
Reactions: thief183

I need to get to this.

Good year for fantasy/sci-fi TV shows; The Expanse S4 was great, The Witcher seems better than it has any right to be, and The Mandalorian is at least entertaining.
Reactions: GreyHorace

eot said:
I need to get to this.

Good year for fantasy/sci-fi TV shows; The Expanse S4 was great, The Witcher seems better than it has any right to be, and The Mandalorian is at least entertaining.
Click to expand...

That I can agree on. So great to have shows like The Witcher and The Mandalorian around. Now we just need Amazon's LOTR or Conan series onair.

Just finished S1 and it’s fucking awesome.
Was a breeze to binge, never was bored.

Very well done. Other than the look and sound of a couple characters fucking with my head because I’m so used to the videogames, I really have no complaints.

I dunno what the “numbers” are for a Netflix show like this and I dunno how those “numbers” translate into money for Netflix but I hope this is doing well by whatever the standard is for streaming shows. I hope it’s kicking ass because this is great stuff.
Reactions: Javthusiast and Fushitsusha 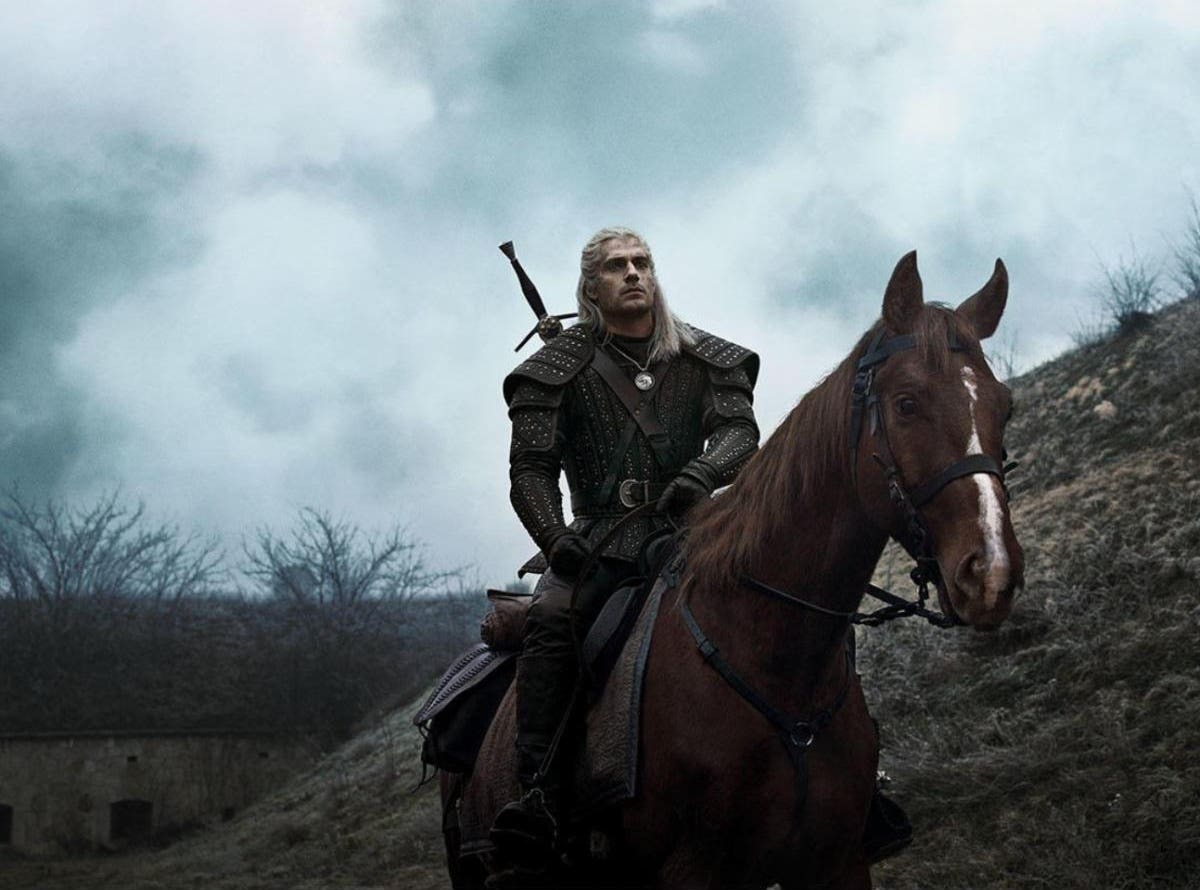 The Witcher already has a legion of fans rallying around it who have made it the highest rated Netflix original series ever, for now.

Season 2 will likely introduce us to Kaer Morhen and the other Witchers so I can’t wait.

I also hope the casting for the other Witchers are done as well as Geralt, Yen, Ciri and Dandelion were.
Last edited: Dec 23, 2019

Definitely need to watch this show. On an unrelated note the Netflix-resurrected season 4 of Lucifer is out now as well.

Cant wait. I'm halfway through the first season and have loved it so far. Cavill makes a damn near perfect Geralt. And I am genuinely surprised at how good Yennifer is portrayed in this. I expected her to be good, but I didn't expect her to steal the scenes she was in and she does exactly that.

As a huge fans of the books I do have a few gripes about the story adaptations and the way the timeline is being portrayed though, but nothing major enough for me to not like the show over.
You must log in or register to reply here.