The NEC PC-FX! The biggest failure in console gaming ever

PC-FX usually is considered the successor of the PC Engine since it was the next generational jump in the console business produced by NEC (let's forget for a moment about the Supergrafx) however if I look at its software library it reminds me of another successful NEC product line: the PC-98.
It always give me the impression that the PC-FX was the next step in what was the japanese computer scene in the early '90s but in consolized form.

Of the lesser cited games in the PC-FX library, a shoutout for Fire Woman Matoigumi.
Last edited: Sep 8, 2021

Not to mention Nintendo is sitting on a huge warchest of cash reserves. The whole Nintendoomed meme has been some of the fakest news ever I wonder how it was a thing for so long.

VGEsoterica said:
Yes I mean neither the Wii U or the PC-FX broke at like a damn near 50% rate so....winning against MS on that front!
Click to expand...

More to the point, it's the only MS console where the Xbox division was able to post a profit for every quarter.
Trolls can't seem to grasp that you can still make healthy profits without being number one

StreetsofBeige said:
Wiki says it sold 75,000 units and only had 5 games.

Even though it only had 5 exclusive games, it could still play ever PCE game and if you got the CD add-on every PCE CD game.
I used to own a Super Grafx system (along with all 5 games!) and yeah it's basically just a PC Engine that can play a few extra games. (kind of like a New 3DS?)
I got rid of it along with the 5 games and just kept my PCE Duo-R (RGB modded) as I didn't really care about the 5 games.
(I was lucky enough to find all 5 games in a used store for 100 yen each. )

OT: I thought about buying a PC-FX, many times over the years, but the software isn't compelling enough to have to have an extra console at my place. I already have too many as-is. When it was current I thought it was interesting, but there was similar type software available for Saturn if I wanted. I only imported other genres of JP Saturn games though.

Holy shit that was one good looking console.

I have 10 or so PC-FX games on my Pi 400. Really want to play the fan translated Pia Carrott game one day.

Emulation orks very well, so give it a shot those that are interested. 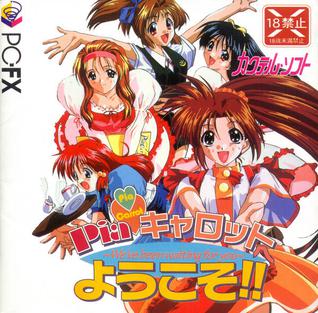 Zenki FX - an amazing game on a failed console...and other examples

nkarafo replied
Nov 13, 2021
Zeroigar! An awesome and rare AF shmup...but what are your rare shmup recs?