The Last of Us set photos (HBO)

EverydayBeast said:
Brilliant game but the show will fight for viewers that’s how video game movies/shows work.
Click to expand...

Glad the DLC won't be forgotten from the show!
Reactions: 3liteDragon, Kagero and PixelatedBeast
E

I didn't know that latin Nathan Fillion was in this. Might be worth watching.
R

Romulus said:
I wonder if the casting has to do with politics. Otherwise they make no sense.
Click to expand...

What doesn't make sense about it?

underwater said:
They plucked the cast from a tranny convention
Click to expand...

What does that even mean?
Reactions: EDMIX

She's been in Suicide Squad and Euphoria and stood out well, she is a good casting
Reactions: EDMIX
E

underwater said:
They plucked the cast from a tranny convention
Click to expand...

This is how you know people are just choosing to be blindly idiotic.
Reactions: Lord Panda, EDMIX and nightmare-slain 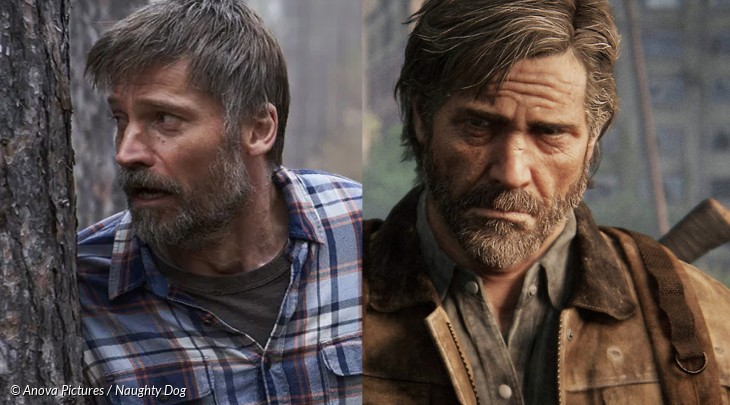 Better, but still not rugged enough.

Shame they didn’t get Elliot Page to play Ellie. They looks just like them
Reactions: Lord Panda, Ryuji Goda and Lognor

Pretty hard to make an actor look like a game character 1 to 1.

Unless you of course make a character over an real actor, like with Nathan Drake
L

All I see is Pedro Pascal. Not a great fit for Joel. I like the actor, but I don't get the casting. Maybe I'll be surprised?
L

You have to cast people who can actually act. That’s why there is rarely a 1:1 resemblance between the actors and the characters they are adapting. It just isn’t as important as talent for the final product. Why do you think so many “American” roles are actually played by British theater actors? Because you can’t just cast any old blockhead and expect it to work out. Acting is not an easy thing to do, even though internet keyboard warriors will insist it is.
P

lastmessiah said:
Why do you think so many “American” roles are actually played by British theater actors?
Click to expand...

Punished Miku in another thread:

Punished Miku said:
There's actually not a lot of US based leading men in film in general. A very large portion of the leads we see that seem American in some of their most iconic roles actually have accents and are European or Australian.

Saw an article on it a while ago talking about possible causes; primarily that a lot of handsome alpha type guys are probably not going into drama club in high school in the US because of our culture or stigma surrounding theater / high school acting. Apparently that stigma is not as prominent in other countries. I'd imagine that stigma also exists for many black male teens as well, if not more so. There's a lot of tendency for black culture in the US to emphasize hyper-masculinity; generalizing of course.
Click to expand...

lh032 said:
wait so abby will appear sooner than we thought?
Click to expand...

Yes, they confimed Henry Cavill to play Abby in season 1.


StreetsofBeige said:
I never watched GoT as I dont have HBO, but just curious is the actress who plays Ellie normal? She has a half-mental look to her. And a big forehead like she's Bonk's sister. I watched GoT. Her face doesn't look like Ellie, but she's a super talented and convincing actress in GoT where she plays a relatively similar role: a girl who acts as a tough, fierce, outspoke, 'wild' adult because had to grow in certain difficult context. In the case of GoT, being a young queen? of a kingdom that is in the middle of a constant war.

I'm pretty sure she will do a great job and will surpise many people.
Last edited: Jan 15, 2022
Reactions: Lord Panda and PixelatedBeast

Tiago Rodrigues said:
Glad the DLC won't be forgotten from the show!
Click to expand...

Of course it won't, gotta gay up the show.

Twinblade said:
Of course it won't, gotta gay up the show.
Click to expand...

I don't understand what that means. Wasn't Bill also gay in the main game?
Reactions: EDMIX and Slothbeing1209
I

TheInfamousKira said:
Why does Ellie have a receding hairline?
Click to expand...

Twinblade said:
Of course it won't, gotta gay up the show.
Click to expand...

It took DLC to finally say... Ellie is gayyyyyy.

It's flat out pandering.

this is nonsensical.
Reactions: EDMIX
P

Thaedolus said:
Yeah, and set shots always don’t do the final product justice. The Witcher looked terrible in those early shots and it turned out just fine. I’m guessing this has a much bigger budget. Just relax and wait for the final product.
Click to expand...

The Witcher is one of the most expensive shows ever. I don’t think this gets close to it at all.

whatever you say, this show has failure written on it.

Twinblade said:
whatever you say, this show has failure written on it.
Click to expand...

You still don't make any sense. This is an HBO / Sony Pictures Television production with a massive budget. It has failures written all over it because of gay people? Do I need to start listing successful TV shows with gay characters and actors?
Last edited: Tuesday at 2:04 AM
Reactions: tmlDan

Tripolygon said:
You still don't make any sense. This is an HBO / Sony Pictures Television production with a massive budget. It has failures written all over it because of gay people? Do I need to start listing successful TV shows with gay characters and actors?
Click to expand...

No, it's because they got everything wrong and it's a show based on a video game.
E

ANDS said:
. . .why does she have to? She has excellent genre chops (FRINGE was fantastic once they were able to let loose) and she is a good actress. Why wouldn't that be your driving motivation for the actor as opposed to "Let's limit our casting to actors who explicitly look like their digital counter-parts?"
Click to expand...

If the show was based off books then no, it doesn't matter but since it's based off the game which millions have put dozens of hours into, it would make sense that the characters SOMEWHAT resemble their videogame counterparts. Otherwise why make a show about that game?
You must log in or register to reply here.