GOTY my ass more like fps/3d person goty as always. I don't care what they vote for or what game wins this but ignoring racing games as always is just such a disrespect to the devs. At the end Its just a useless award and doesn't change the fact that Forza Horizon 5 and Returnal are great games, but still fuck them.
Reactions: 009EspadaSageJay, Murdok and Sosokrates

remember_spinal said:
Gamers: man who gives a FUCK about the game awards????

also Gamers: man, FUCK the game awards for not nominating the game i want
Click to expand...

I'm a huge fan of the Forza Horizon Series and think they've improved from 3 to 4 to 5, but...

I can see an argument that they're not great racing games, nor great open world games. It took me a long time to get into Forza Horizon 3, and see what the game was trying to do and be. At first I really, really hated it and would rather have been playing Driveclub.

The argument boils down to the open world being used poorly (no reason to explore), many of the tracks being "meh" and the racing being boring due to the homologation of each race at whatever difficulty you select. There's no satisfying sense of progression whatsoever. The showcases are scripted bullshit, frankly, and the story and voice acting are consistently hero-worshipping cringe city.

Of course, once you get used to it it's a glorious celebration of hypercars in a sandbox to just fuck around, preferably with friends, and the car handling and visuals make it worthwhile. But I still think I'd prefer to select my races from a menu.

Just saying that I get why it may not have been nominated. And I have 600k accolades in FH5 already lol
Last edited: Nov 16, 2021

What shit choices for GOTY.
Reactions: Fake, Kerkermeister, 009EspadaSageJay and 2 others

No Forza or Guardians of the Galaxy…

Spot on. Absolutely agree on Pathfinder also, should have been put in the best RPG, cause it's the only fucking real rpg released this year.
Click to expand...

Plus art direction. 2077 had the best visuals and will be king for so many more years.
Last edited: Nov 16, 2021
Reactions: 009EspadaSageJay, Flabagast and Ivory Blood

Hitman 3 not being nominated for GOTY but 70's Dishonored is, should be a hate crime.
But, then again, these awards have always been a joke.
I'll be watching for the game reveals and the unadulterated cringe brought to you by Dorito Pope.
Reactions: 009EspadaSageJay and HermitSperg691

A joke as usual.

Deathloop will win but Psychonauts should win.
Reactions: Hezekiah and tommib 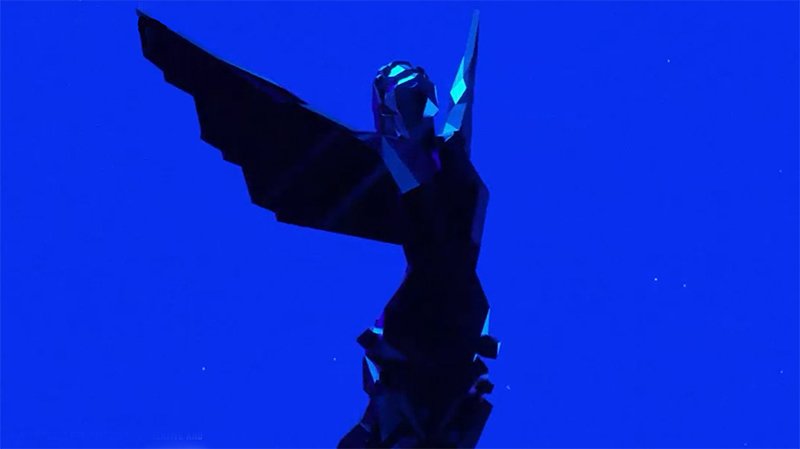 The 2021 Game Awards nominees have been announced, and you can check out the full list of nominees in each category for yourself right here.
www.psu.com
Last edited: Nov 16, 2021
Reactions: kyliethicc

octiny said:
Deathloop will win but Psychonauts should win.
Click to expand...

Deatloop won't win. It's Metroid or Ratchet, but should be Psycho. Well actually FH5.
Reactions: CatLady and NikuNashi

Gameplaylover said:
Deathloop won't win. It's Metroid or Ratchet, but should be Psycho. Well actually FH5.
Click to expand...

The 2021 Game Awards nominees have been announced, and you can check out the full list of nominees in each category for yourself right here.
www.psu.com
Click to expand...

Markio128 said:
Yeah, there haven’t been any stellar games this year - what I’d do for a new GTA or ND game. Next year should be much better.
Click to expand...

The only thing im hyped for is starfield. While the first GOW had a great story there were some design decisions i did not like, i hope Ragnarok improves the upgrade system I hope its simpler, also the map layout was pretty anoying to navigate, and finally the pacing could be improved.
Ive started horizon zero dawn but heard the main story quests are repetive which puts me off, so I dont know if forbidden west will be better in that area.

Danjin44 said:
I got new entry to my favourite RPG all time, so I highly disagree about being weak year. But if all I played was AAA western game then I might have agree with you.
Click to expand...

Weak may have been a bit strong of a word. Nothing set my hair on fair this year. Some stuff was good....but I can barely remember most of what I played this year because most didn't make an impact on me.

Everyone's praising Returnal bosses fights while I'm here, thinking it's sooooooo inspired by Furi which was 10 times better in every aspect (except graphically, that makes you wonder....)

well, atleast it’s good to see the uproar the lack of forza is getting all over the internet.

I hope dread or it takes two grabs it.

also, no returnal is pathetic.
Reactions: CatLady and Murdok
A

Returnal was robbed... So really head to head R&C vs. Dread, only two of that list worthy.
Reactions: Plantoid, CatLady and Bryank75

DenchDeckard said:
well, atleast it’s good to see the uproar the lack of forza is getting all over the internet.

I hope dread or it takes two grabs it.

Twitter is full of people asking where Horizon and Returnal are. The backlash is quite big.
Reactions: 009EspadaSageJay, skit_data, Murdok and 1 other person

Make sure to vote for Horizon and Returnal, guys.
Reactions: 3liteDragon, CatLady, Ezekiel_666x and 2 others

Make sure to vote for Horizon and Returnal, guys.
Click to expand...

This is our chance to get returnal and forza on there!
Reactions: tommib

I am definitely out of touch when I do not even recognize half the so called GOTY nominees.

And definitely retarded that Forza Horizon 5 is not on there. Racing games get no love.

That's a painful reminder on how bad a year it's been for gaming. Dread gets my vote, it's a good game but a weak GOTY.
Reactions: NikuNashi 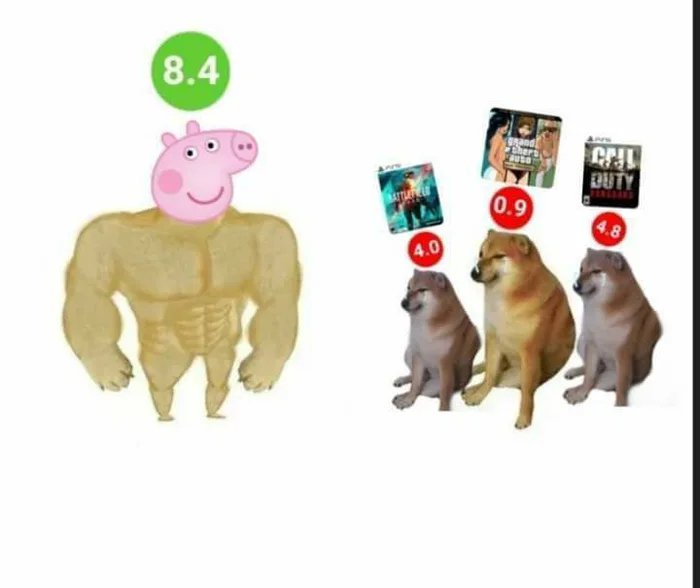 Reactions: Shifty1897, 3liteDragon, tommib and 4 others

Deathloop: the game that no-one played and everyone forgot after a week.

Ofc Deathloop is going to win and we all know why. Imagine a game worse in almost every way compared to Prey and Dishonored, being highly praised while its predecessors were not. And this is why I keep telling everyone to stop glorifying critic reviews. Clearly, everyone loves FH5 and I can see why even tho I haven't touched it but God forbid if a racing game won GOTY. Ridiculous.
Last edited: Nov 16, 2021

Forza and Returnal got robbed. I hope Dread wins.

I'm glad The Artful Escape gets a nod.

What a charade.
Reactions: Dream-Knife, Murdok and CatLady
E

TheCockatrice said:
Ofc Deathloop is going to win and we all know why. Imagine a game worse in almost every way compared to Prey and Dishonored, being highly praised while its predecessors were not. And this is why I keep telling everyone to stop glorifying critic reviews. Clearly, everyone loves FH5 and I can see why even tho I haven't touched it but God forbid if a racing game won GOTY. Ridiculous.
Click to expand...

Don't be shy. Say it's because they're black
Reactions: Hendrick's and remember_spinal

Vote Fuslie as best content creator of the year, her channel is amazing!

Honestly where was the John linneman for content creator for the DF retro stuff. Streamer of the year nonsense
Reactions: CatLady

Lost judgment or Neo: TWEWY is not even considered in any category. That’s a shame.
Last edited: Nov 17, 2021
Reactions: 009EspadaSageJay

im impressed they didnt manage to put death stranding directors cut as a nominee for everything
Reactions: 009EspadaSageJay and Hendrick's

I mean I love Forza Horizon 5, but I played 4 and 5 back to back and except the graphics there is not much difference between the two. Its a great game a exquisitly crafted, but people have to understand that GOTY are games that push the medium forward, not just graphical upgrades to existing games.

Wanna bet they're gonna give it to "It Takes Two" because it promotes woke ideals?
0

The Game awards are a joke they always skip games or "Forget to add games" whatever that means but the fact that Forza horizon 5 and returnal are not on the GOTY list is beyond pathetic. But this is the same company that forgot in 2018 to even list Ace combat 7, Catherine, yakuza 6 and many other games because they didnt have time sure. This is the same company that completely ignored xenobalde chronicles 2 and didnt want to add FF14 to the best continued game list because it would of made Destiny 2 looks bad. I dont think Grand turismo has won anything at the game awards either but its pretty obvious that game reviewer cant play racing games and they also arent found of games that dont hold your hand which is the reason returnal isnt there. I will say that all of the games in the role playing section should be in the GOTY list why because at least they work death loop on pc is still broken how that game has nominations for 8 awards makes as munch since as Control getting a nomination in every category.

Won't be Dread cuz it's not sexy and mainstream enough.

Watch it be Psychonauts or Deathloop just because they're in the middle when it comes to mainstream status and they think choosing those will give em some gamer cred.
Reactions: NikuNashi

Deathloop has no place in the conversation. If it wins surely 2021 will go down as one of the worst years for gaming.
Reactions: Fake and FrankWza

My GOTY choices would be Deathloop, Returnal, Forza Horizon 5, Metroid Dread, and Death's Door. Surprise of the year would be Scarlet Nexus, i threw down 60-70 hours in that game lol

I feel like the actual awards show is going to choose 'It Takes Two'...Which was a fun game too. RE8 was a bit disappointing, a little too easy, and after all the hype the enemies didn't really live up to all of the promo material leading into the game, kinda felt empty...Loved the atmosphere and look though - last half of that game didn't even feel like Resident Evil or anything really enjoyable for me but I beat it.
Last edited: Nov 17, 2021
Reactions: tommib

what the fuck....how is that the game of the year list...

NikuNashi said:
Deathloop has no place in the conversation.
Click to expand...

Reactions: tommib and NikuNashi
You must log in or register to reply here.