Take-Two and Zynga will merge on Monday in one of the industry’s biggest ever deals. (VGC)

Take-Two and Zynga will merge on May 23 in one the games industry’s biggest ever deals.

The stockholders of each organisation approved all proposals related to the combination of the companies on Thursday.

Shares of Zynga will cease trading after the market closes on Friday and it will no longer be listed on the NASDAQ exchange.

It will be the biggest completed acquisition in the history of the games industry, although it’s set to be dwarfed by Microsoft’s planned acquisition of Activision Blizzard for $68.7 billion, a deal which the Xbox maker claimed this week is moving relatively quickly.

From Monday, Take-Two’s blockbuster console and PC franchises like Grand Theft Auto, Borderlands, NBA 2K and BioShock will be brought under the same roof as Zynga’s hugely popular social gaming brands including FarmVille and Words With Friends.

Take-Two CEO Strauss Zelnick has said that Zynga’s expertise could help it drive its free-to-play and cross-platform ambitions, and bring its console and PC properties to mobile.

“We believe that our combination with Zynga will be transformative for our company as we create a powerful and diverse portfolio of industry-leading titles, while also becoming a leader in mobile games,” Zelnick said on Thursday.

Zynga CEO Frank Gibeau added: “We are excited to be one step closer to combining Zynga’s free-to-play expertise and next-generation mobile platform with Take-Two’s best-in-class capabilities and renowned intellectual properties.”

One of the worst deals in gaming.

GTA and Mafia Wars under one roof is an unhealthy consolidation of crime games.

Now i can pick up hoes in gta and on the farm.
R

Drug Wars: A Game Based on the New York Drug Market game at DOSGames.com

Written by a high school student and sometimes referred to as the 'original GTA', the game has really nothing to do with Grand Theft Auto, and more to ...

zynga was relevant 10 years ago.

I thought GTA Online was released already several years ago?

SantaC said:
zynga was relevant 10 years ago.
Click to expand...

or are we not doing that now?

Maybe I'm ignorant on this issue, but what does Zynga have aside from crappy mobile games?

why zynga though, i thought the zyngafest is over long ago.


Take Two should merge with Sony instead.

Take-Two CEO has said that Zynga’s expertise could help it drive its free-to-play and cross-platform ambitions, and bring its console and PC properties to mobile.
Click to expand...

Did Zynga ever make a profit? All I've seen is that they usually actually present a loss year after year. What's their endgame in this?

I had to google what Zynga is.

lh032 said:
why zynga though, i thought the zyngafest is over long ago.


Take Two should merge with Sony instead. 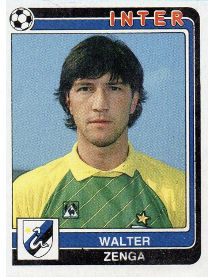 cool
You must log in or register to reply here.