System Shock remake is coming in 2022

Fuck yes, it's been forever. If we're not getting a new -shock game this is the next best thing.

Nice! Never got to play the original. I'm not a fan of the change on atmosphere and seemingly lack of funky music but, aside from those nitpicks, this remake's looking amazing. Can't wait!

i want everyone here to buy this. i want this to sell 10 million copies because imagine if they do a remake like this for system shock 2 or freaking deus ex next

Chillax. It's nearly finished, not nearly releasing. Based on the time it took them this may as well take another year. Kickstarter will be getting a beta prolly by the end of the fucking year rofl, and the full game maybe at best next year summer, if ever. It looks good but I refuse to get hyped about this shit anymore.

I backed this. It's been a very long road, but it seems like they got it right. The last build I played still had some work to be done in terms of making the game controller friendly, but given that they are now simultaneously launching on console I am sure they will get that right.

The aesthetics are so sick.

Definitely day one for me.

Never played the original so I'm definitely gonna give this a try.
Last edited: Mar 31, 2022

I’m not digging the screenshots. I hope they’re not indicative of the whole game.

I hope the PC version is properly optimized. Its a corridor game so it shouldn't be too demanding.

I backed this on Kickstarter and they're locking the options to choose which version you receive, extras, etc today so it's looking to be very close now, obviously once bug fixing is done they still have to submit it to Sony and Microsoft for release on console but hopefully that won't take too long. As much as I want to play this I'd much rather they sorted out as many of the bugs as possible before release and they do have a good record with performance historically.

I thought this project was dead. Still in my Steam wishlist.

Bring it on! The demo was great! 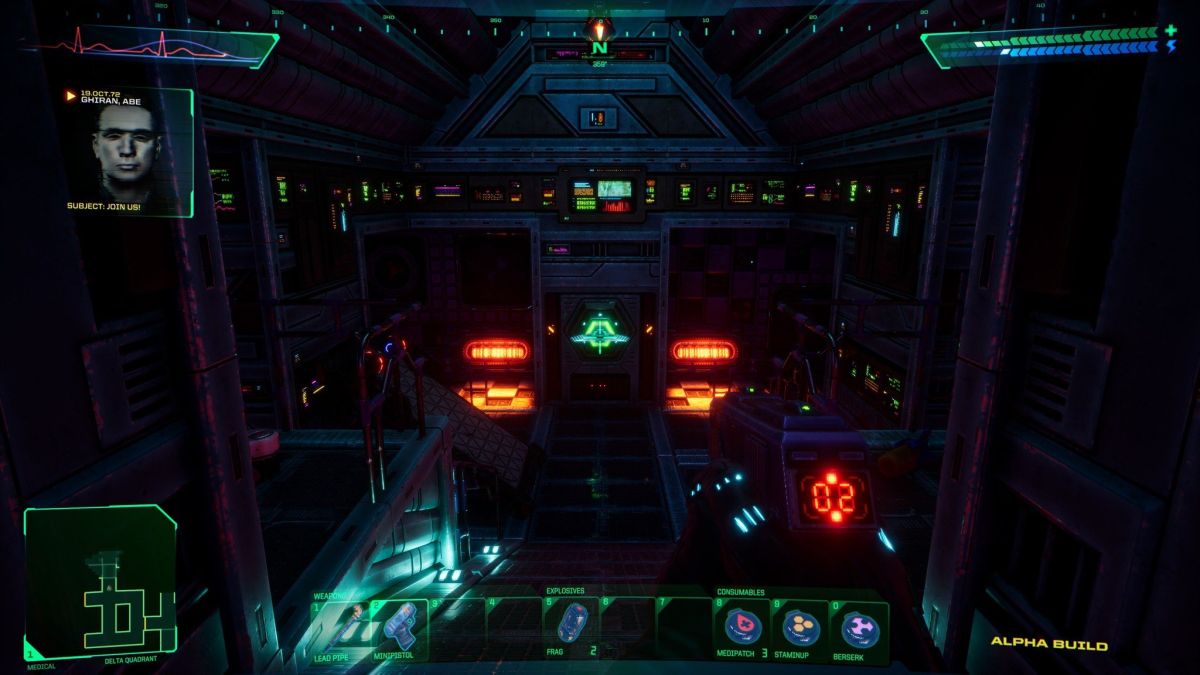 "Our goal is always to remake games so that they look like what you remember, not the way that they actually looked when you played them on your 14-inch CRT monitor."

Larry Kuperman, director of business development at Nightdive, was on hand at GDC to give updates on System Shock, and said it's "largely complete." He referred to it as being in "pre-beta"; the PC version has all of the weapons, enemies, and other elements, but the team is still working on the console versions. Kuperman noted that the developers want to release the game simultaneously across all platforms.

While we didn't get hands-on time with System Shock at GDC, we were shown a number of recorded snippets from the game, including a trek through maintenance on Level 3 and one from later on. Based on my brief time with the footage, it seems on track to hit the studio's target for later this year. It also seems to strike a great balance between old and new, between classic and modern, which has been at the core of many great remakes and remasters over the past few years.

Is this PC only or will it be on console?
B

Thank god its a remake and not another remaster.

Hell yeah, I’m happy to see on their website that there will be console versions as well. Guessing probably not day and date with the PC version but I’m definitely curious to find out. Looks great.
A

I am losing faith in Nightdive. They can't seem to get out their games. We have been waiting for over twoi years since SiN: Reloaded was announced. It is a fucking Quake 2 engine game. Same with this.

These are not highly complex games. They're not easy work, but a full team should be able to have them out.

i only played a tiny part of the original. had no idea what i was doing and it looked so bad. but this looks cool and i'm willing to give it a try.

JohnnyFootball said:
I am losing faith in Nightdive. They can't seem to get out their games. We have been waiting for over twoi years since SiN: Reloaded was announced. It is a fucking Quake 2 engine game. Same with this.

These are not highly complex games. They're not easy work, but a full team should be able to have them out.
Click to expand...

add Blade Runner to the list, we got a teaser and then nothing
You must log in or register to reply here.