This game is addictive once the ideas start flowing and I get creating. Anyways I finished my goal with SMB3 creations, I did 8 levels and a bonus level, just in time for Halloween and cause I really wanted to do a ghost theme level. 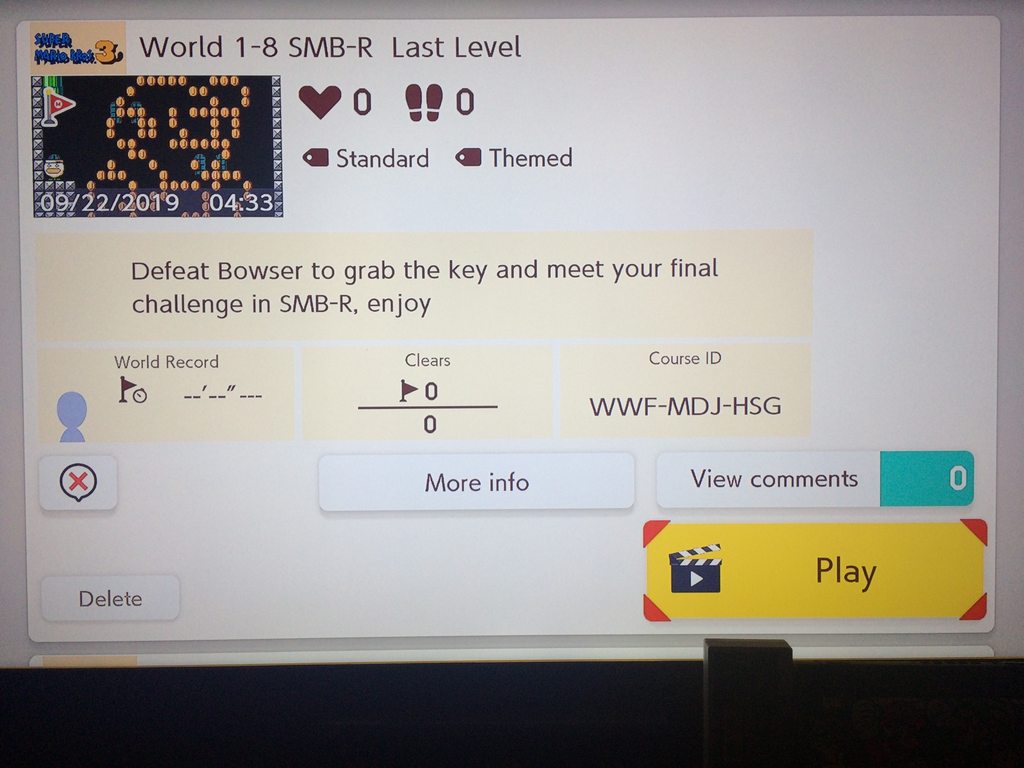 SMB-R World 1-8 - Last Level is a dungeon level with basically a bunch of ideas from all my fav dungeons in SMB3 mashed together with a few of my own ideas. It provides a decent challenge, decent polish and a sense of accomplishment with 2 somewhat familiar boss battles. 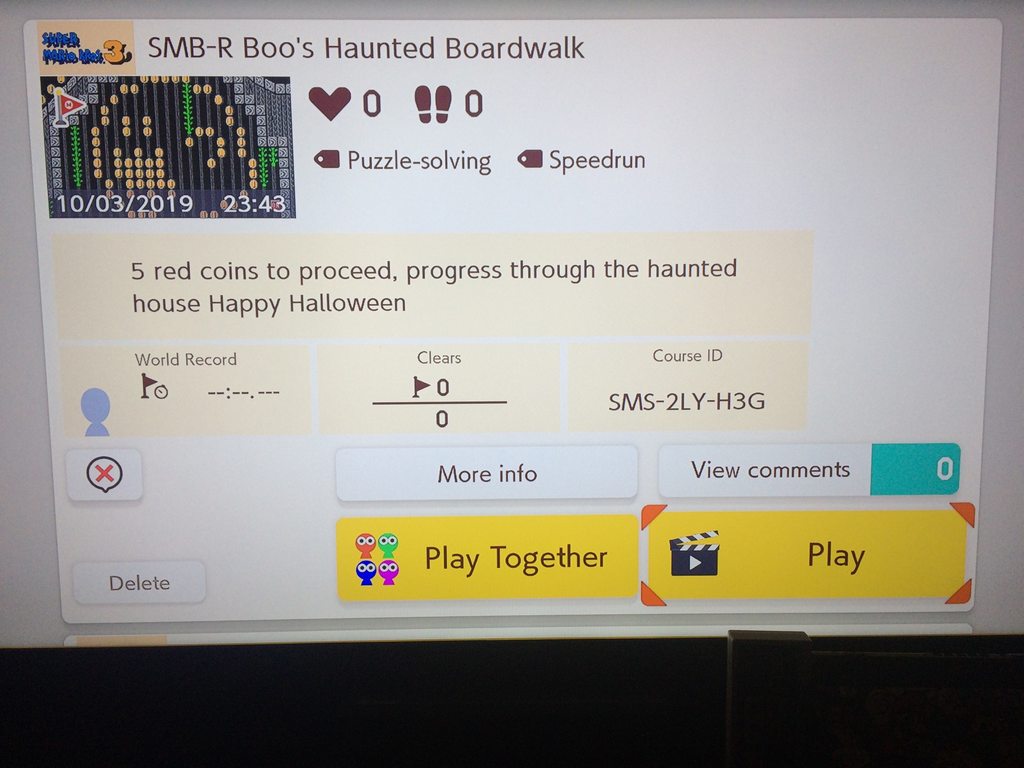 SMB-R Boo's Haunted Boardwalk is a bonus level to the 8 levels I've already finished, I really wanted to do a ghost level but not a typical ghost house. This is all my creativity with the custom stuff you'll see, I put a lot into this one, according to the feedback online its challenging but fun with a lot of polish. Essentially this one is a speed run with a couple puzzle solving elements, five coins to find to progress in the first half of the level (they're not all that hidden) and a themed indoor ghost house once you work your way inside of it from the outside in the second part of the level, then some really quick speedrun stuff to finish it all off. I was very fair with the check points in this because I want people to have fun with it and not be too frustrated.

Both levels are great and I feel like I'm coming into my stride at the end of my creative journey with SMB3 in Mario Maker 2, give these a play though! I will play your levels too if you ask.
Last edited: Oct 4, 2019
Reactions: ResurrectedContrarian and Shaqazooloo

I need to start watching this thread, since we finally picked up the game for Christmas. I likely wont' have time to create any levels for a while, but look forward to playing others.

Also, recommendations on great courses / creators appreciated. By the time Mario Maker (1) died off, I had amassed a great list of followed accounts that ensured quality courses were always ready. Now I'm back to square one.
Reactions: Shaqazooloo

I'd like to help revive this thread, especially in light of the recent update! I've only uploaded a handful of levels, but I'm proud of all of them and have been trying to upload more recently. I generally try to aim for an intermediate skill level and always strive to keep things fair. I'll post them from oldest to newest. 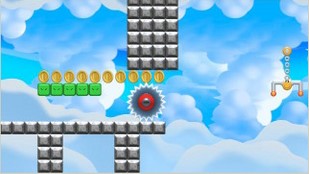 Sawdust Crusader | 6YV-CCN-TSG | NSMB
My first upload in MM2. It's a straightforward snake block level that has you riding snake blocks until they are sliced by buzzsaws. A modest level, but designed with care all the same. 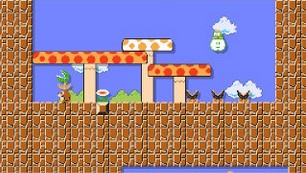 The Hero's Journey | TXL-MR3-KMF | SMB
My most ambitious level so far. This narrative-driven level is my attempt at adapting all the highlights of the famous storytelling template into a Mario level that is also fun to play. Answer the call to adventure! Hone your special power! Set forth collecting macguffins with your mentor! Can you emerge from the abyss you're cast into by a bitter enemy? 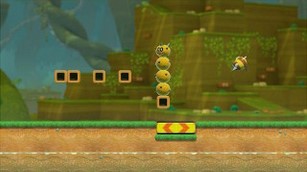 Jog in the Bog (speedrun) | KFF-TGG-M1G | 3DW
Exactly what it says on the tin, this is level features a 30 second timer and a fluctuating water level that will impede you if you aren't careful. There's plenty of room for creativity with dozens of viable routes through the level! The timer is not terribly strict if you only wish to clear the level, but why not see how low you can get your personal best time? 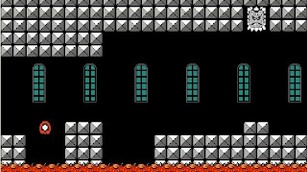 The Familiar Fortress | M6C-NFJ-Y7G | SMB3
What's that? You just want to play a normal level that feels like it could be from a real Mario game? Well, get in here! This level loosely takes inspiration from many of the forts that appeared in Super Mario Bros. 3, the maps of which I referenced from the player's guide several times in the creation of this level. An experience familiar yet different awaits. 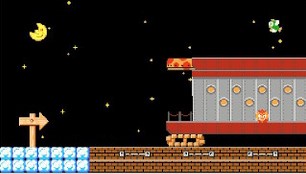 The Sleepyland Express | 8VG-CM2-GTF | SMB
A chill and relatively short autoscroll level with an aesthetic reminiscent of a children's book. Featuring two paths that constantly intersect, play this one however you like. 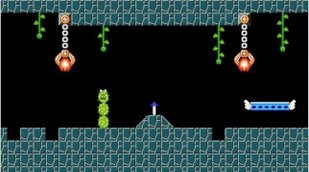 You (for)got Roc's Feather! | HP0-8JM-01H | SMB
Explore all corners of this Zelda dungeon while taking care not to jump or otherwise let your feet leave the ground. Solve puzzles, defeat foes and win minigames to earn your way through. The top of the flagpole is reserved for clever players with time to spare, along with a fanciful bonus area.


Juke Joint Jezebel said:
Want your courses added here for everyone to look and gawk at? Then simply quote this part of the post, type in your 9-digit course code once you've uploaded it along with the course name and game theme used (Mario Bros, Mario Bros 3, 3D World, etc) and I'll add it to the list!
​
Click to expand...
​
Reactions: ResurrectedContrarian and Shaqazooloo

Time to get back into Mario Maker I guess!
Reactions: BorntoPlay and Rran

Well, it was nice knowing ya, Animal Crossing. But I've apparently got 40 Mario stages to make and organize now.
Reactions: Punished Miku, BorntoPlay and Shaqazooloo

So does this mean we can put secret exits or do multiple paths open up after the level is cleared?

Course World means I have easier access to a set of levels by a single creator in a more cohesive way? Because that is fucking amazing, it might not sound like a huge deal but I badly craved something like this while I was playing SMM2 as playing multiple levels made by a dude in a linear way was really cumbersome.

time to get back at it!
Reactions: Shaqazooloo

Some really great ideas in this update make me want to come back to it though
Click to expand...
It could get DLC, like a whole additional style. But yeah, it definitely looks like it's done after this.

So I´m gonna bump this to ask whether or not you can play other users´ stages without being subscribed to Nintendo Switch Online. Last year, I remember that you couldn´t unfortunately. Did this change? I do not play online and as such have zero interest in the service.

Can someone check on Creave?
Last edited: Apr 21, 2020
Reactions: Shaqazooloo

its_Ditz said:
So I´m gonna bump this to ask whether or not you can play other users´ stages without being subscribed to Nintendo Switch Online. Last year, I remember that you couldn´t unfortunately. Did this change? I do not play online and as such have zero interest in the service.
Click to expand...
Pretty sure it says in the trailer when they go to other people's worlds that Nintendo Switch Online is required. You'd have to subscribe, download the courses and then let the subscription expire.
Reactions: its_Ditz

Amazing... one hell of an update. The world maps are enough, but then they finally included some Super Mario 2 (USA) elements. Cant' wait to see what the best creators come up with across the next few months.
Reactions: Shaqazooloo