Here is an overview of the character, via Dotemu:

He hunted down the syndicate leader with his bare hands 28 years ago then never came back until today. You’ve met his brother in the second episode of Streets of Rage series, then recently his daughter Cherry. We’re pleased to announce that Adam Hunter will join the fight in Streets of Rage 4 next year.
Click to expand...

how old was he when he hunted the syndicate? 5?

Love the visual style. Never played any of the Streets of Rage games, but I love the beat em' up genre from back in the day, so this looks awesome to me!
Reactions: Ailynn and iconmaster

HE'S BACK !! Looks like a black Johnny Gat though lol

So Axel is the only one to get fat and look like shit?
Reactions: Filth and Punished Miku

Cool now bring Skate and Max back too.


Would be awesome if we could have 4 player coop this time around.
Reactions: FranXico and Slings and Arrows

Well He's back and I gotta play this now.

Birdo said:
So Axel is the only one to get fat and look like shit?
Click to expand...

What, no shoulder pads? =P

I was excited seeing Adam's name but... I don't like him at all
Looks like a bartender. Why did they give him those clothes and hairstyle?
Last edited: Dec 10, 2019

So why are stuck with his shitty daughter if they were also going to put him in anyway?

Its about fucking damn time!

He is the best and I dunno why other SoR doesn't have him playable.

Really happy for this.

Re-watching the trailer and this game looks so fun, I can't wait to play it. As soon as they make a physical version I'll be there day 1!
Last edited: Dec 10, 2019

Do they ever plan to release this game? It feels like I've been hearing about it forever, but no release date.

I just wonder if Adam's design is purposefully playing it safe or specifically meant to contrast hobo Axel (of course, it could be both of these things). Otherwise, even if the little girl is his daughter, I'd rather their default, base color have been different, instead of matching yellow.
Last edited: Dec 10, 2019

I will buy this so fast

Animations are so good!
Reactions: Ailynn

Gamezone said:
Do they ever plan to release this game? It feels like I've been hearing about it forever, but no release date.
Click to expand...

First half of 2020, but nothing more specific.

Game's been on my watch list for a while now, def looking forward to picking it up next year. All the chars look pretty cool, but damn Blaze is T H I C C ! ! !

There's clearly an empty space in the back-middle for a big boy. Hope its Max.
A

Was Skate an unliked character? Too OP maybe?

I would have thought he’d be just behind Axel and Blaze but guess it wouldn’t work since he’s no longer a small teen to fill out the fast & light fighter type.

Wish I could just play as Bas Rutten.

I cant wait to play this game. hopefully we dont have to wait to much longer to get our hands on it

20+ years in the making hopefully it is worth the wait...
Reactions: Caffeine
S

I hope this one is good.

I don't know. Every single modern day sequel to a beat em up I used to play is never satisfying to me and I rarely finish them. I don't know exactly what it is but I always get excited then I get bored when I play them yet I can still go back to the old ones fine.

Streets of rage was one of my favorite ones so I'll give it a shot.
Reactions: K1Expwy

I agree. The team that worked on this also did Wonder Boy: The Dragon's Trap for the Switch which is one of the most gorgeous 2D games I've ever seen. I'm not very familiar with the Streets of Rage series but I'm keeping a close eye on this game.
Reactions: Ailynn, Mista and Touch fuzZy. get BizZay

While I'm happy to see Adam in the game, does anybody else get the feeling that he is a late addition to the line up (i.e. not originally planned)?

From this previous screen, it looked as though they already had decided which characters to include, with no sign of Adam's outline: 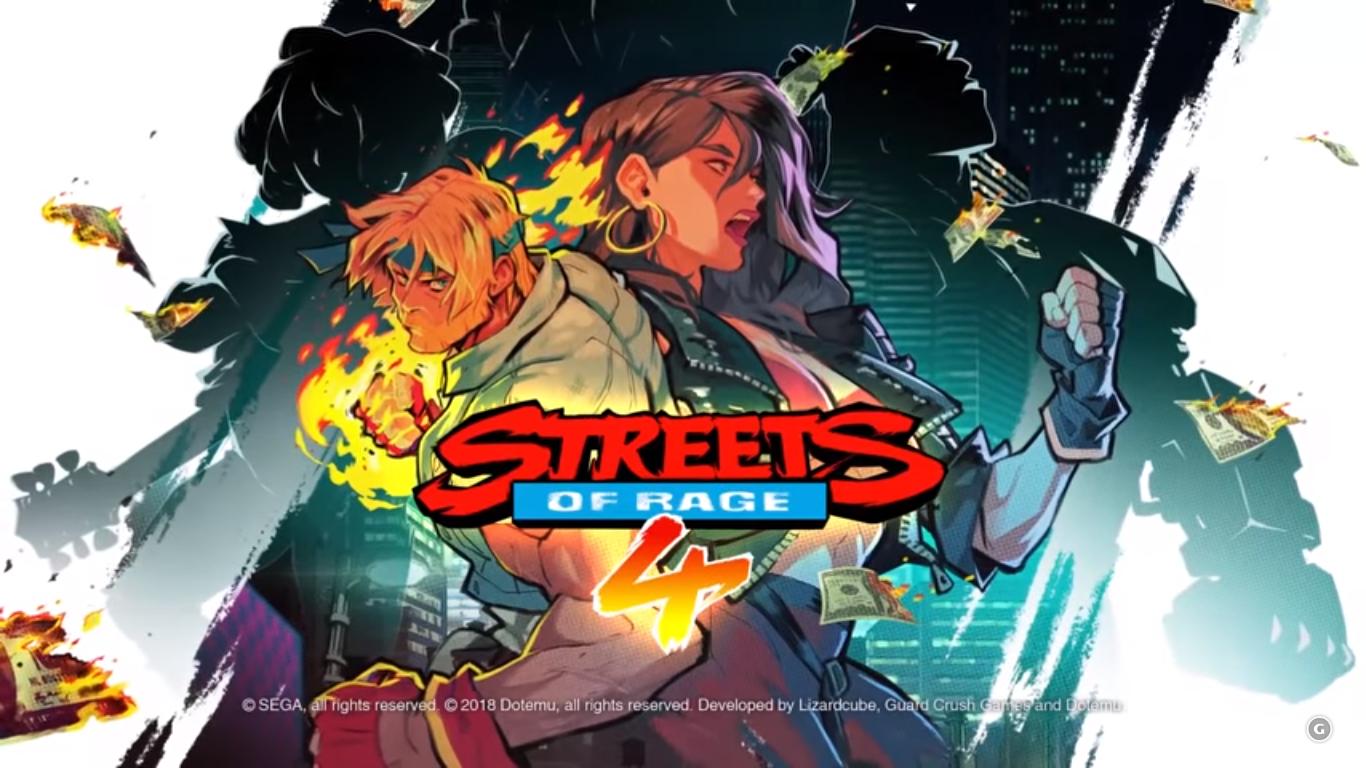 With Adam now included they have had to reconfigure the title screen:

Maybe he was always meant to be a surprise, but then it would have made more sense to reveal him after whoever the guy with the robotic arm is. I always though Cherry was meant to make up for the absence of Skate and Adam.

Whatever the case, I loved playing as Adam in the SoR Remake game and am glad to see him again here. The game is looking great. I especially like the new elevator stage with the breakable glass.

Adam Hunter's elbow to the head in SoR1 sounded like you destroyed a concrete block.

I don't suppose there's any chance of my boi Dr Zan getting in, is there? That vague image kind of looks like it could be him, but the topknot on it makes me think perhaps not...

Yes, I realize I am the only Zan fan in the whole world.

When this game will be released...Damn, can't wait anymore!

A friend said "they will release sor4 and fight'n rage will be better".
I really fear that...

Why so much time to release this game? At least a release date...

SleepDoctor said:
Cool now bring Skate and Max back too.


Would be awesome if we could have 4 player coop this time around.
Click to expand...

I have to disagree...Sor4 looks great, good animations. Sor2 speed.

That battetoads, man... it's a total mess, ugly, unloyal to the originals and unispired imo.
Last edited: Feb 15, 2020
Reactions: PhoenixTank

Are we any closer to a release date? Seems as if they are making a whole new trilogy instead of just getting out one new game,

Birdo said:
So Axel is the only one to get fat and look like shit?
Click to expand...

i literally came here to say this.

RAIDEN1 said:
Are we any closer to a release date? Seems as if they are making a whole new trilogy instead of just getting out one new game,
Click to expand...

A development of 2D games takes ages nowadays in comparison to the 90s.

RAIDEN1 said:
Are we any closer to a release date? Seems as if they are making a whole new trilogy instead of just getting out one new game,
Click to expand...

Iirc I saw March somewhere and I think its launching on gamepass too.

you are fucking up my life

molasar said:
A development of 2D games takes ages nowadays in comparison to the 90s.
Click to expand...

So progress has regressed in some respects with the passage of time....the irony

SleepDoctor said:
Iirc I saw March somewhere and I think its launching on gamepass too.
Click to expand...

It is? That would be awesome if true

Xan-Stylo said:
It is? That would be awesome if true
Click to expand...

Imma try to find the link. Im pretty sure i saw that somewhere.

Xan-Stylo said:
It is? That would be awesome if true
Click to expand... 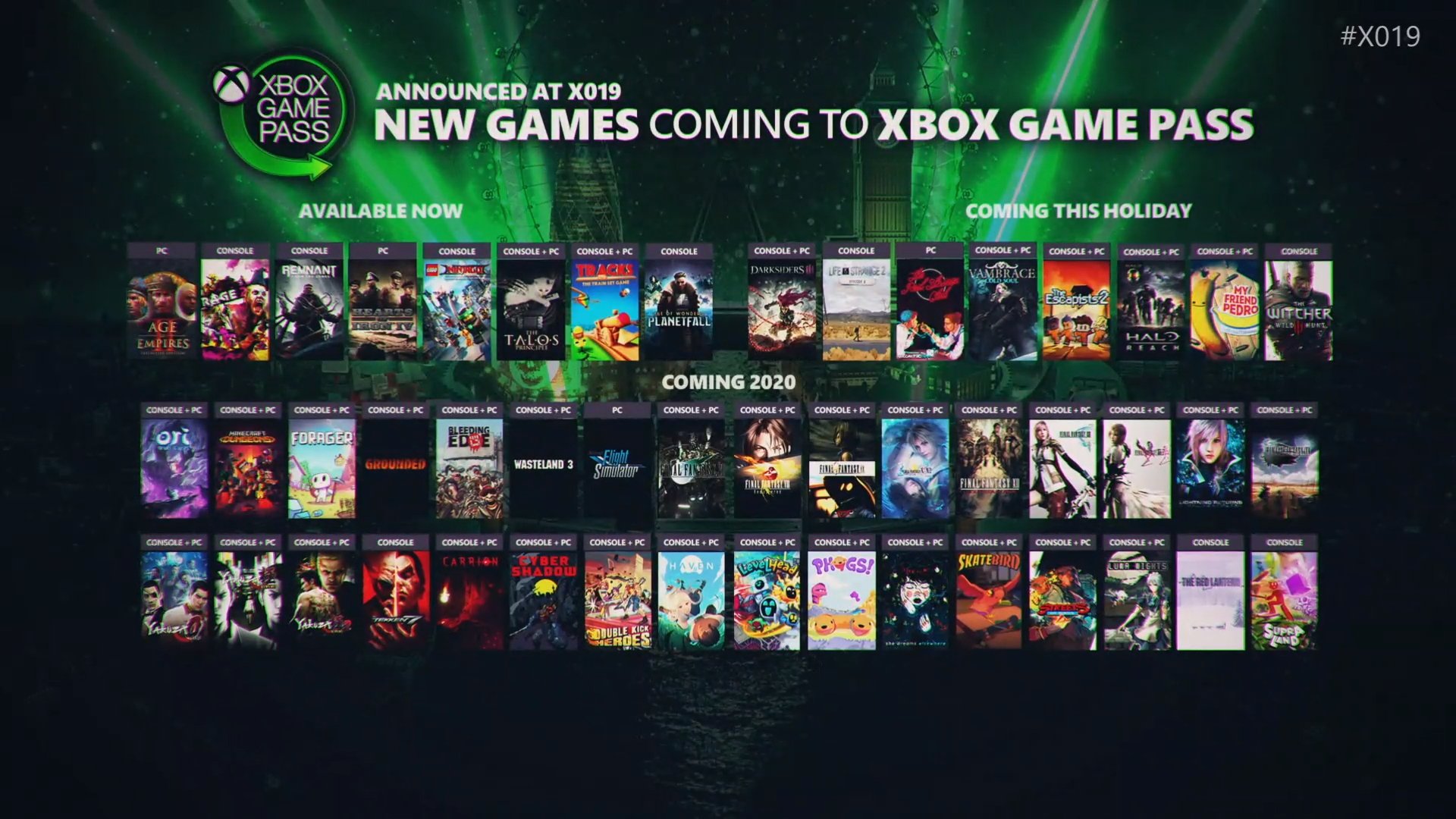 Streets of Rage 4 will hit Xbox Game Pass next year

We already posted that the Yakuza games are coming to Xbox One and Xbox Game Pass, which we posted… 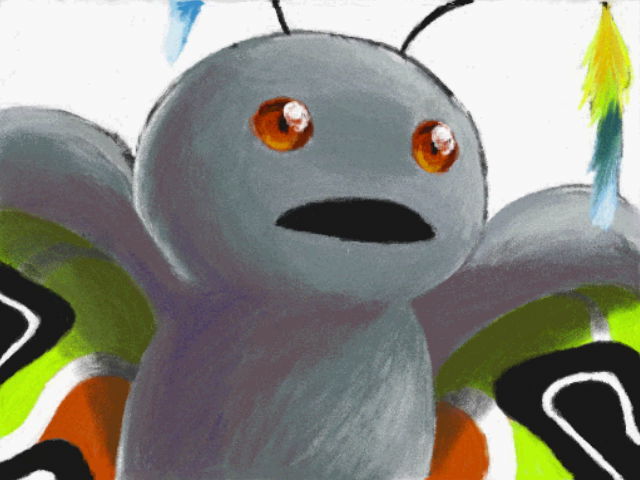 I don't like it when shit slows down when you pull a special move in a beat em up.
You must log in or register to reply here.