standalone GWENT game in development at CDPR, coming in 2022 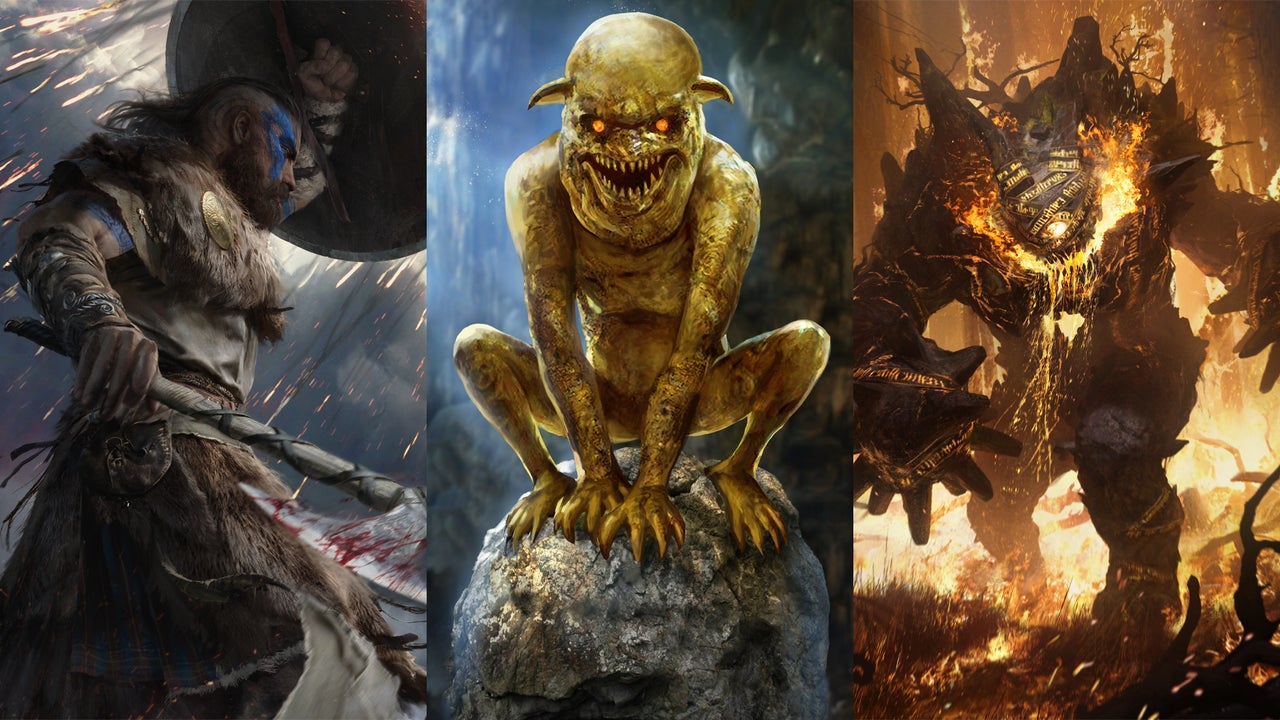 IGN can reveal that The Witcher's Gwent is becoming a new, single-player, standalone game, codenamed Project Golden Nekker and set to launch in 2022.

IGN can reveal that The Witcher's Gwent is becoming a new, single-player, standalone game, codenamed Project Golden Nekker and set to launch in 2022.

Project Golden Nekker is currently in development within CD Projekt Red’s Gwent team and aims to provide a “captivating single-player experience” different to previous versions of the digital card game.

Project Golden Nekker will be a completely standalone game, and won’t require players to own any other versions of Gwent to get the full experience.

Gwent was a fan-favourite minigame included in The Witcher 3: Wild Hunt, but evolved into a standalone multiplayer game in 201. In turn, Gwent got its own spin-off two years later with the excellent The Witcher Tales: Thronebreaker.

Project Golden Nekker will be something else entirely according to Gwent Comms Lead Paweł Burza: “It’s not another Witcher Tales [game] but something different,” he said. “We’re aiming to provide a captivating single-player for players who prefer it over competitive multiplayer Gwent.”

Although this is the first time we've learned that it's an entirely new game, CD Projekt Red has been quietly teasing the project for several months, dropping hints on Gwent streams and community podcasts.

In a developer update streamed during Gwent World Masters #3 in December – the game’s esports finals – Game Director Vladimir Tortsov said an official reveal for the game is coming soon.

He said: “We want to announce stuff that we’re working on when the time is right," continuing, “I’m really excited about this project coming together and I hope you like it as much as I do.”
Click to expand...

The Witcher 3 Gwent >>>> Standalone Gwent. I know fucking things up is kind of your thing now CDPR but try not to on this occasion.

Count me in! I spend more time with Gwent than with the Witcher 3.

Who asked for this? After hearthstone success I'm tired of seeing all this flood of card games

I asked for this!

My favorite part of The Witcher III was getting to a new village for the first time and going straight to the pub fpr a game of Gwent.....if they make it just like Gwent was in The Witcher III then I would be interested in a stand alone game.

Shame that they won't replicate the Thronebreaker formula as I thought it was fantastic.
But I'm interested to see what they'll do

Did you even read the text?

Is gwent really still that popular or are they getting desperate?

Played the beta of Gwent and it was pretty good. Stopped playing after the final release. They changed almost everything.

The title is a bit misleading, as a standalone multiplayer Gwent already exists. But now they're making a single player one I guess. For whatever reason.

RoadHazard said:
The title is a bit misleading, as a standalone multiplayer Gwent already exists. But now they're making a single player one I guess. For whatever reason.
Click to expand...

They already made a single player one (Witcher Tales).
I assume this one is supposed to be a bigger and more distinct project.

Or maybe it's a pure single-player GWENT without the RPG part. That would be weird.
Last edited: Jan 31, 2022

I'm interested in the make it like Witcher 3's version. The multiplayer version I didn't like and Thronebreaker was better, but boy that game and story was boring.

Weird, I've played Gwent since the beta and still jump back in once in a while. I think the game is okay and the constant card drops help to change the meta. But I thought Thronebreaker (which I liked also) tanked in sales.

Could this be it?
I did like Thronebreaker, but you were so extremely limited in the kinds of decks you were able to build.

ButchCat said:
The Witcher 3 Gwent >>>> Standalone Gwent. I know fucking things up is kind of your thing now CDPR but try not to on this occasion.
Click to expand...

The opponent AI in Witcher 3's Gwent was super easy to exploit. I haven't tried the standalone.

Many many many hours spent listening to this music

I enjoyed Gwent in TW3 and even the multiplayer version (though I didn't have endless hours for it, so stopped after a while). I loved Thronebreaker, so more of that would have been great.

Regardless, keen to see what this turns out to be. I'll most definitely be there day 1 anyway.

Now hurry up with Witcher 4 already.

I think "hurry up" is about the very last thing CDPR should do concerning... anything at all.
They are not good at hurrying up.

GWENT was definitely CDPR's best in-game mini-game and it isn't surprising to see it get more attention. Thronebreaker was good, but was a stripped down version of GWENT. If they can come up with a proper roguelike singleplayer experience without the fat of Thronebreaker and hewing more to the original game, that would be awesome.

. . .it'll be interesting to see how this differentiates itself from just playing the CCG against bots (obviously with a progression system in place and not one-off matches).


Plantoid said:
Who asked for this? After hearthstone success I'm tired of seeing all this flood of card games
Click to expand...

The tons of players who play single player card games (Slay the Spire, Poker Quest, Vault of the Void, Monster Train, Arcanium, Gordian Quest) on STEAM? YOU may not want the game, but the space is not wanting for players.

Plantoid said:
Who asked for this? After hearthstone success I'm tired of seeing all this flood of card games
Click to expand...

I asked for this. I enjoyed Gwent, I enjoyed Thronebreaker, so I will likely enjoy this one too.

Loved Gwent. I keep trying to get into the mobile versions but they just don't stick with me like the Witcher 3 version. They could just do a "lazy" port and copy the exact setup and just play from person to person and I'd like that
Last edited: Feb 16, 2022

Great, recently revisited Witcher 3 and man Gwent is as addictive as always. Definitely getting it.

Also people don't sleep on Thronebreaker, it has the authentic Witcher vibe.
You must log in or register to reply here.