Showcasing an "exciting lineup of titles." 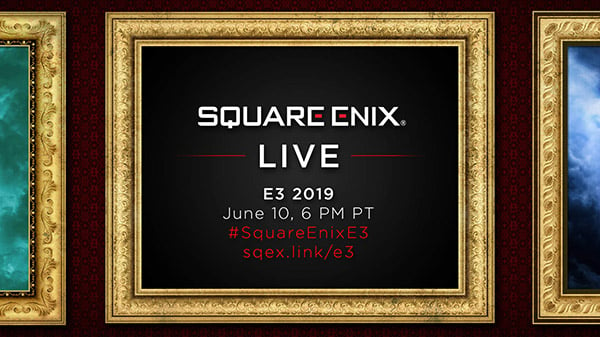 P.S.: It's the day after the FF VII concert.

By now, very little time is left for the official start of E3 2019.


And Square Enix opens an official page dedicated to their E3 2019 Live streaming.

Hype for what exactly

Mista said:
Hype for what exactly

Mista said:
Hype for what exactly

I can imagine you might not care for this at all but I would like to see SE announce new Yoko Taro game, so I’m some what looking forward to their conference.
Reactions: Godzilla Emu, Isa and JareBear: Remastered

This alone will be worth it to me!

Danjin44 said:
I can imagine you might not care for this at all but I would like to see SE announce new Yoko Taro game, so I’m some what looking forward to their conference.
Click to expand...

I care a lot about SE especially on the JRPG side but there’s nothing in mind right now. I get that you really like Nier: Automata but this alone to me wont hype me because, well, I didn’t find the game how people praised it somehow but will definitely take a new game from Yoko Taro that isn’t Nier. I hope you get you want though

hype for stuff that wont release for a dozen years.
Reactions: RemyL, Somnium, Dthomp and 2 others

They took Sony’s old time slot. Is that anything to read into or just coincidence?

It’s time for FFXVI to show up.
Reactions: Somnium, EDMIX, Isa and 1 other person

I'm waiting for any substantial updates on FF7:R. I realize that the hope is small, but I would love if they scrapped the action combat in favor of some flavor of turn-based. Even if it's something a little more active like the Xenogears battle system, I just don't want full on action combat. Mostly because it means you play one character and the rest of your party is brain dead AI.

Anyways, I'm expecting to be disappointed by it, but hoping that it will be good regardless.
Reactions: Isa

dottme said:
It’s time for FFXVI to show up.
Click to expand...

I want a spiritual successor to Octopath - for consoles, not iOS/Android.
Reactions: UltimaKilo, EDMIX and Isa

What I'd like to see: FFVII: R update, FF16 tease/trailer announcement of an announcement, Nier next, FF Tactics Remake and a new FF Tactics because you know want it.
Reactions: EDMIX

i would love to be excited, but i just can't.
Reactions: NahaNago

I dunno.. after final fantasy xv maybe the ff7 remake should look like this:

Daymos said:
I dunno.. after final fantasy xv maybe the ff7 remake should look like this:

I’m really looking forward to their presentation. I expect shadowbringers to be there for sure and I really hope the ff7r is there.

Ff7r gameplay or some Sephiroth footage would be awesome but I know the development process hasn’t been smooth so I wouldn’t be surprised if there wasn’t much to show.

I don’t expect to hear about ff16 before ps5 is officially announced and unveiled.
Last edited: Apr 23, 2019

Also like to SE announce Bravely Third for Switch. 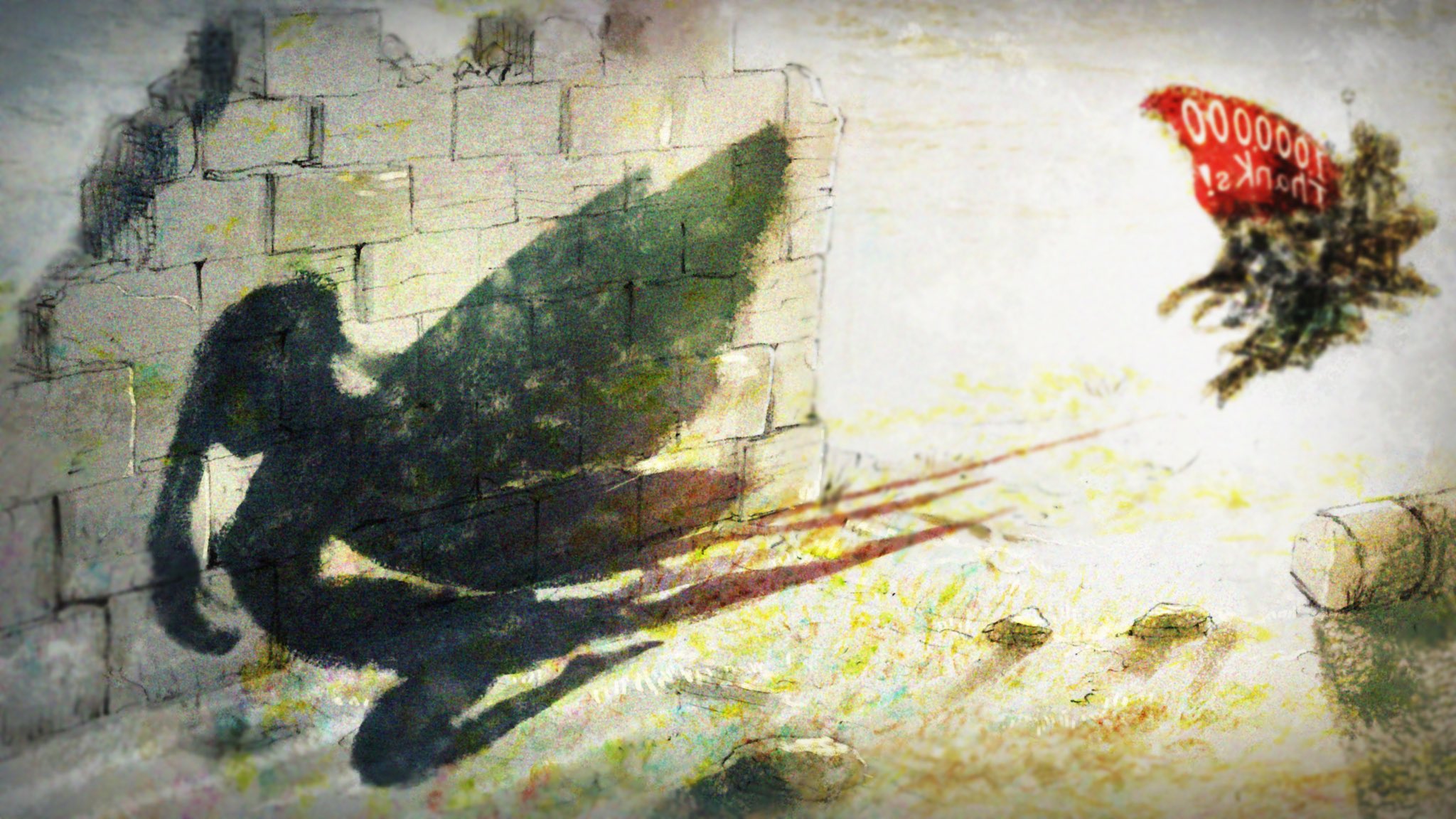 Reactions: UltimaKilo, Somnium, Isa and 3 others

Where is the Kingdom Hearts 358/2 Days Remake option in this poll OP?

Just please... PLEASE GIVE ME SOMETHING ABOUT THE FFVII REMAKE!! IT'S BEEN 3 YEARS!
Reactions: EDMIX and Celcius

Vawn said:
I want a spiritual successor to Octopath - for consoles, not iOS/Android.
Click to expand...

Yes baby I’m down for this!
Reactions: Ichabod

(Edit: I should probably mention that I don't follow or watch E3, so I'm not hyped either way but the following is what I'd hope for, but actually expect if I did.)

1. Announcements of games that will actually come out soon. If it is years away, then just don't bother.
2. Said games from above to be good.
3. Bravely Default 3
4. Announcement of Final Fantasy XVI headed by either Yoshi-P, Hiroyuki Ito, or outsourced/co-developed with Mistwalker/Hironobu Sakaguchi
5. FFVIIr to NOT, absolutely not, be anything gameplay-wise like FFVII. I want depth and control over my characters. FFVII original was easy, but there was a lot of depth to the Materia system if you went all in with it.
6. A new Mana game.
7. News on that FFXI portable version/remake that's been dark for so long. Bonus would be if it heads to Switch also, and that the PC gets the graphic overhaul.
8. Kingdom Hearts 1 and 2 for Switch and PC, and KH3 for PC.
9. Dragon Quest past games coming to PC. I would imagine that if this happens, the first 6 games will be the mobile and DS releases (I'm okay with that), and 7 and 8 would be some manner of the 3DS versions. 9 would likely be done similar to FFIII and FFIV on PC where everything is uprezzed and smoothed out from the DS. 10.....well I stopped hoping for that one quite some time ago.

What I actually expect:

1. More information and demonstrations on FFXIV Shadowbringers. (I'm cool with this, FFXIV is great)
2. Stuff from their western studios probably. (Somewhat indifferent here, but not saying anything bad about the games themselves)
3. FFVIIr information in some capacity. Thinking a trailer and not much else, but then again, FFXV and KH3 are out of the way so there's a good chance of there being more since I'd assume there is more focus on it.
4. Mobile stuff. (Don't have a problem with games on phones, I just don't typically use my phone as such. I am not a smartphone game hater by any means.)
5. Maybe.....maybe Bravely Default 1 and 2 going to Switch. I think I once read about that being a possibility, or a consideration some time ago, but I could be mis-remembering and thinking of something else.
6. And last but not least as a wildcard: Final Fantasy XVI sliver of information. Unlike the above in the "wish" category, this might be nothing more than confirmation that it exists, is in development, possibly the logo and an image or two and that would likely be about it.
Last edited: Apr 23, 2019
Reactions: shark sandwich

Lets be real and prepare ourselves, Sqaure will re-reveal FF7 remake at Microsofts conference. It will go over like a wet fart and be outsold 9:1 world wide. It makes you wonder why sqaure seems to go out of their way to aggrivate their fan base but thats just what they do and who they are.

SE hasn’t managed a decent game in like 10 years or so.
Reactions: RemyL

Difference between hope and expectations, I expect something from KH3 dlc.

Dabaus said:
Lets be real and prepare ourselves, Sqaure will re-reveal FF7 remake at Microsofts conference. It will go over like a wet fart and be outsold 9:1 world wide. It makes you wonder why sqaure seems to go out of their way to aggrivate their fan base but thats just what they do and who they are.
Click to expand...

They have a fan base on the Xbox consoles too you know, so blame Sony for not attending E3, if you wanted them to show case it on the PS4. After all it would be really weird to show it on the Xbox since it’s a exclusive/timed exclusive.
Last edited: Apr 23, 2019
Reactions: CyberPanda and Isa

Babylons Fall has to be there, hopefully now that Endgame will be out, maybe we finally can get to see what that freaking avengers game is.

And my biggest hope is a new Taro/Platinum Nier project. Or even a new IP from Yoko Taro.
Reactions: Isa and Danjin44
S

I hope they celebrate the 4 year anniversary of the FF VIIR announcement.
Reactions: EDMIX, Exentryk, Orenji Neko and 1 other person

It’s time for final fantasy 7 remake, I believe it will blow the hell out of any rpgs to ever come out and it will completely redeem square, quote me on this!
Reactions: EDMIX

Probably something about the Avengers game from Eidos Montreal; even better they could announce they're finishing the fucking Deus Ex trilogy they got bored with after their abortion of an attempt to over-financialise Mankind Divided by hacking the story into bits went down like a lead balloon.

Plus some FF7 remake shit
Reactions: EDMIX and Isa

Looking forward to more information on Babylon’s Fall, the highlight of last year for me. FFXVI by chance? Thanks.

I have no interest in the games listed but would LOVE to hear Eidos Montreal is going back to making more Deus Ex and Crystal Dynamics is working in a new Lara Croft trilogy.
Reactions: EDMIX, Isa and Fitzchiv

Let's see what we get.
Reactions: Isa and Danjin44

Like many I'd love to see Ni3R, FFXVI, and Bravely Third. I'd also very much be ok with a Dragon Quest XII announcement (I know it wont happen but hey a guy can dream) and a Parasite Eve remake ala RE2make. I hope for the best but expect the worst and am excited.

Re-release Deus Ex Human Revolution on PS4 and X1. One of their best games from last gen and yet it is pretty much their only game that hasn't been re-released on PS4. Seriously SE?
Announce the next Deus Ex game.

I literally couldn't care less about anything that SE publishes. None of their japanese games interest me.
Reactions: Verchod

Give me Deus Ex.
Reactions: JohnnyFootball

They can't be stupid enough not to show FFVII remake the day after a FFVII concert.
Reactions: Silvawuff and Trogdor1123

None of those choices interests me. Kinda boring that you spend slots just for FF.

I would love a remake of Deus Ex Human Revolution though. Or a remaster, or a DQ Monster Joker game(remaster or whatever).
Last edited: Apr 24, 2019
T

I'd be down for a DQ IX remake on Switch. I'm dreaming I know.

I think they improved a lot so I’m optimistic. It should be there by 2028.
Reactions: sublimit

Would be ok with majority of that.
R

I hope for some classics like FF 1-6, 8, Chrono Trigger or Dragon Quest Main Titles.

Its easy money. Even a dirty port with trophy support should sell like hotcakes.
Reactions: johntown and EDMIX

Please be excited. What I really want is Deus Ex to come back.
Reactions: EDMIX

Vawn said:
I want a spiritual successor to Octopath - for consoles, not iOS/Android.
Click to expand...

I believe they have already announced the sequel of Octopath Traveler for consoles.
Along with its prequel. 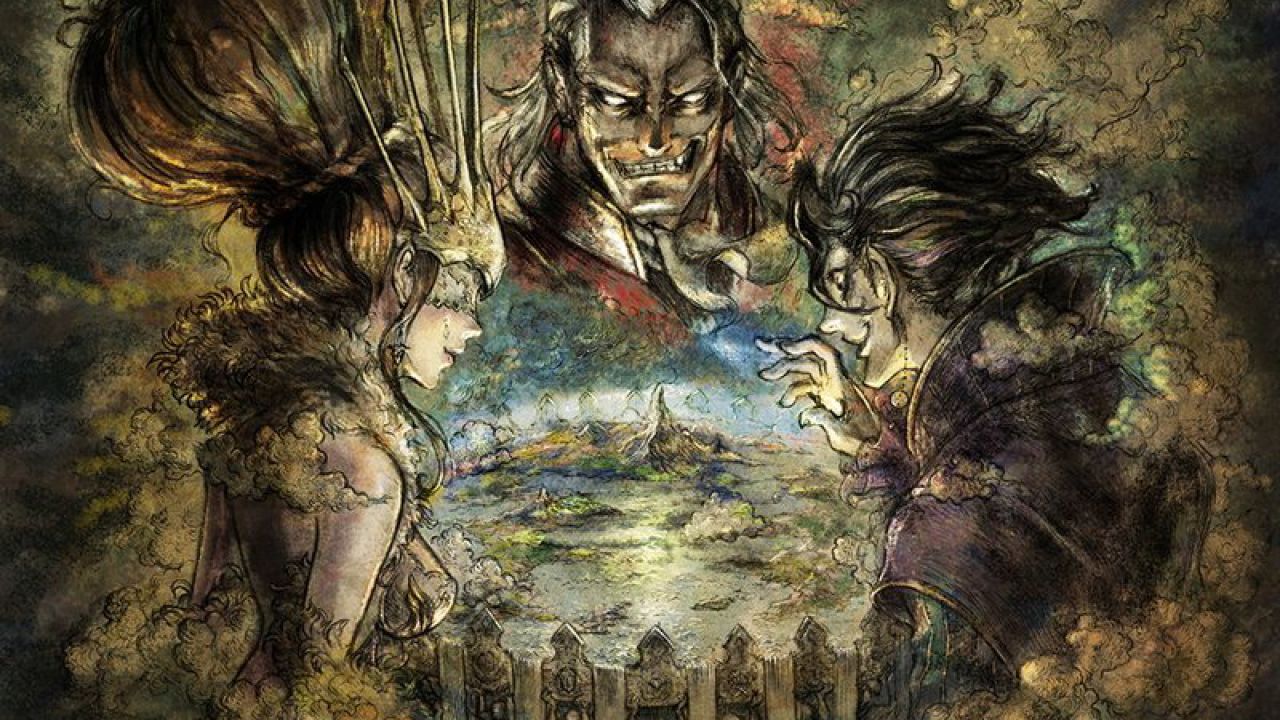 Champions of the continent
You must log in or register to reply here.