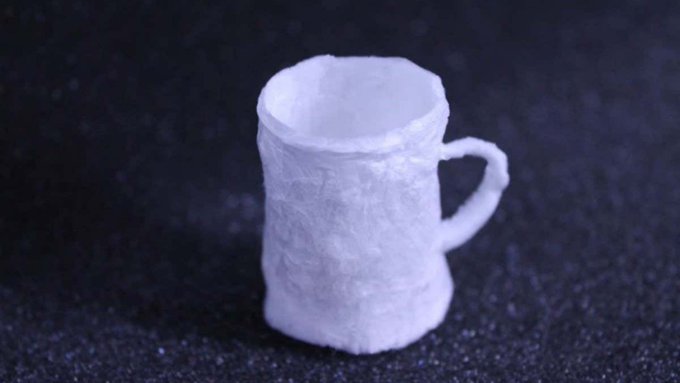 A new eco-friendly plastic made from salmon sperm has been invented by scientists in China.

Two short strands of DNA from the sperm were combined with a chemical from vegetable oil that binds them together. What this creates is a squishy material known as hydrogel.

From here the gel is then moulded into different shapes and freeze-dried to remove the moisture, which makes it solidify. Researchers have already created a cup, puzzle pieces and a DNA molecule from the eco-friendly plastic.

Though the team of Chinese scientists created their raw materials from salmon sperm, DNA carries the genetic code for every living thing on Earth. A study from 2015 estimates that there are around 50 billion tonnes of DNA on the planet.

That means we could technically make the plastic out of other sustainable sources such as waste material from crops, algae or bacteria.

Is this plastic better than other alternatives?​

Plastic is a big problem for the environment as it is made from petrochemicals that require a lot of heat and toxic substances to manufacture. It also takes centuries to break down and very little is recycled - with most ending up incinerated or sent to landfill.

For that reason, a lot of research has been done to find alternatives which are less damaging to our natural environment.

Biodegradable plastics have already been created using materials like cornstarch and algae, but they require a lot of energy to make and can be difficult to recycle.

Dayong Yang and his team at Tianjin University wanted to create a material that solved these problems.

The creation of DNA-based plastic produces 97 per cent fewer carbon emissions than polystyrene plastics, they say. Dipping items created from the material into water turns them back into a gel that can be reformed into new objects meaning it is easy to recycle too. The plastic can be broken down by DNA digesting enzymes if it is no longer needed.

But the new material does have some limitations.

The fact that it can be recycled using water alone means that it would need to be kept dry. While waterproof coatings could be added, this would make it more difficult to recycle.

It could, however, be used for items like electronics that need to be kept dry anyway and some forms of packaging, the researchers believe.

no more need for marshmallows 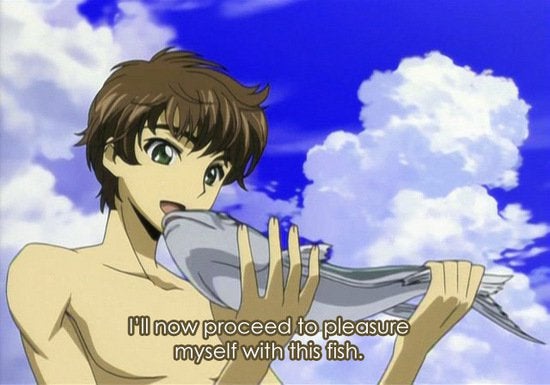 Why are scientists perverts?

Lets wank to save the planet!

For a cup pulled from fish sticks it sure looks like ass.

Teenage boys have been making plastic socks for decades, why's this news?

I made this cup with love

Shame it's just Salmon sperm. Hopefully they can make it work with sperm from all animals and even humans. I'd happily wank to save the planet.

Sounds like a way to make money 'hand over fist'

Also don't do this.

Some R&D guys have too much time on their hands.

Next up: piss ice cubes

StreetsofBeige said:
Next up: piss ice cubes
Click to expand...

Next thing you know they’ll be making actual humans with the stuff.

Maiden Voyage said:
Next thing you know they’ll be making actual humans with the stuff.
Click to expand...

way ahead of you

If it's eco-friendly, this is good news.
The question is, can they make these plastics scalable at the consumer level?

I think a revolution in safe, bio degradable materials has been a long time coming. It's time, as a species, we got off of non recyclable landfill garbage. I take heart, because according to this report, we're almost there. I always thought the climax to humanity would be us ruining our own ecosystem, with the only influential people decrying our bleak future being actors and artists like Pearl Jam, but get a load of this: scientists actually care about our planet. My opinion of the future has just been knocked up a few notches. Hahaha sperm.
Last edited: Dec 1, 2021

*Walks into a sperm bank...ok here's your cup sir. "I don't need one I'll make my own, zero carbon footprint and all that".

Also am I the only one seeing the scale of that cup? It looks to be the size of a tiny thimble.
R

In the year 2221 the world will be trying to clean up the great Pacific semen patch.

Nutted but she still suckin'

Are you telling me that sperm donor is gonna be an actual career chance in the near future?!

How much sperm do they need to make that ugly ass sperm glass in the OP?!
D

Rival said:
In the year 2221 the world will be trying to clean up the great Pacific semen patch.
Click to expand...

BigBooper said:
Why are scientists perverts?

Canis lupus replied
Jun 2, 2014
Anyone else here that used to play BYOND games?

tensuke replied
Sep 15, 2013
Half-Life/Portal |Community: Episode One| Wake up and smell the ashes, you monster
2 3

MarkMclovin replied
Mar 2, 2016
Plastic to shift away from oil dependency, shift to fructose?