A recently published patent from Sony revolves around the company's PlayStation 5 and its removable faceplates.

After a year of Sony threatening legal action against these tech manufacturers, a new patent document from the company was published on the United States Patent and Trademark Office. The patent describes an "ornamental design for a cover for an electronic device" along with images of the PS5 and the covers it has from many different angles. Some are speculating that this patent is to prevent other third-party companies from producing custom faceplates.

While third-parties can no longer manufacture PS5 faceplates, there's some who are speculating that this patent is intended for a different reason. The main theory that is floated by fans currently is that Sony could be considering its own swappable faceplates. This can result in faceplates themed after some of its games. This is once again speculation, and should be taken with a grain of salt.

Currently it is unclear if Sony will use this patent to manufacture its own PS5 faceplates, or if it will attempt to continue obstructing other companies from producing its own. 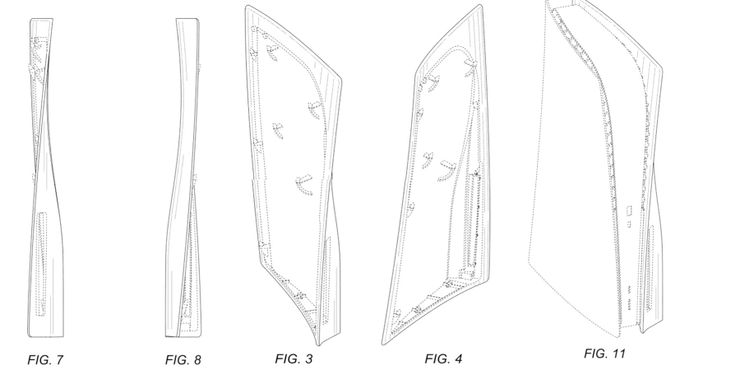 How dare other companies make awesome cheap ass limited edition covers for the ps5 ? Only Sony is allowed to do so.
Watch all the ps5 limited editions to be just a faceplate and nothing in the middle

There’s always tension under the surface with third party accessories.


QuickShot27 said:
Legendary console will go down in history to be the first to do the two screen thing, and for the haters take a closer look at its game line up.
Click to expand...

QuickShot27 said:
SEGA would be acknowledged by the gaming community I think they would show the gaming world let’s stop talking about Nintendo Xbox and PlayStation.
Click to expand...

QuickShot27 said:
Negative reviews are a tribute to the game’s press, or sending a message.
Click to expand...

QuickShot27 said:
Pokémon knows gamers inside and out raining out sales. No surprise to no one.
Click to expand...

Wait for the $400 GoW Ragnarok Super CE that has both a statue and God of War PS5 plates.

Might as well make them or allow others to license the plates from you. That's what I'm hoping for.

Well of course Sony is going to sell faceplates in the future.

Perfect fit maybe, and cost of the product, if this shit is too expensive... Fuck it, it looks fine in white/black.

You can always buy it from Alibaba and other stores like it. In the end... who cares about a patent?

Well, for one it’s an official plate from Sony and not a third party. They can also undercut third party prices by a lot to get a bigger slice of the plate market share.

Maybe just for legal purposes, but perhaps Sony will start to sell a black or special edition set. https://www.playstationlifestyle.net/2021/11/18/sony-ps5-faceplates-patent/ "Sony’s patent for customisable faceplates for the PS5 consoles has finally been made public, as noticed by OpAttack...

Is this even patentable? What is the unique or new idea?

Rest said:
Is this even patentable? What is the unique or new idea?
Click to expand...

Considering Sony is the only one making PS5s and created the faceplate in the first place. Id say yes.

ANIMAL1975 replied
Jul 5, 2022
Activision Patent Could Lead to Dynamically Generated Games Based on What Players are Watching
Business Game Dev