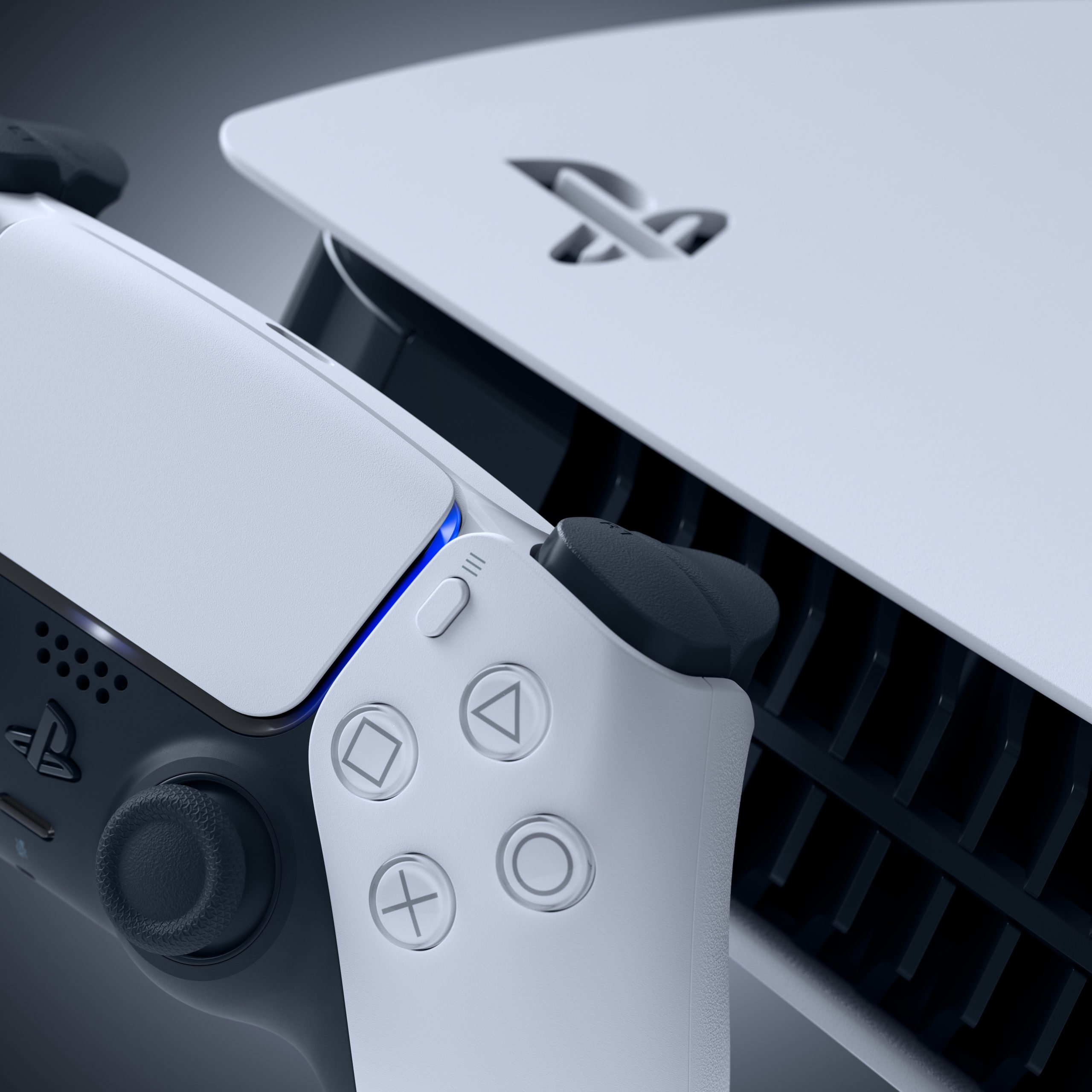 The company’s US arm launched PlayStation Direct to sell consoles, games and accessories direct to consumers in September 2019.

A job advert posted last December suggested SIE was seeking to “build on the successful launch” in the US by bringing the store to Europe – a plan it confirmed during an investor relations event on Thursday. 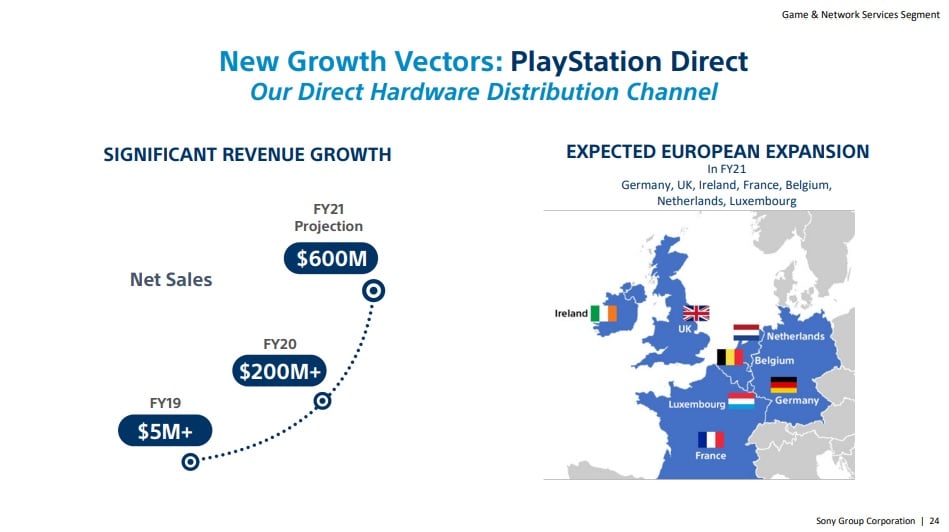 “PlayStation Direct has achieved significant revenue in the US market within little more than a year of starting operations,” SIE president and CEO Jim Ryan said during a presentation.

“We plan for 300 percent further growth within this fiscal year, helped by our upcoming launch in Europe.”

In a presentation slide, Sony said PlayStation Direct generated over $5 million in FY19, over $200 million in FY20, and is expected to bring in over $600 million during the current business year.
Reactions: Putonahappyface, dcmk7, jroc74 and 6 others

Jim Ryan at it again! Why does he keep making Sony so much money? It grinds my gears.
Reactions: thismeinteil, sn0man, kyliethicc and 9 others

Us vikings in the north stays losing.
Reactions: ZoukGalaxy

I can’t be the only one to see the culminating aggression between retailers and manufacturers, can I?

Direct sales is the prelude to divorce from retail.
Reactions: sn0man and CloudNull
K

Cool. I hope everyone who wants to buy PS5 would be able to get it soon.


I got really lucky and manage to get one on day of release,probably played about 400hours till now, its really an impressive console.
Reactions: Zones

Luxembourg? Not used being in a first wave of anything so this is a pleasant surprise. Maybe I can finally buy a PS5 soon without too much trouble?
Last edited: May 28, 2021
Reactions: jonnyp and tommib

How will they stop the scalping?
Reactions: Con-Z-epT and UltimaKilo
J

Hope this means just better stock overall for all regions that have PS Direct.

Their queue system is fine as long as you get an early heads up. Got line up for the queue before the queue actually starts, lol. The earlier you know, the better your chances.

Fredrik said:
Us vikings in the north stays losing.
Click to expand...

Of course, can't deny Nordisk Film their god-given right to jack up console prices to ridiculous levels and pocket the difference (Sony has no console distribution of their own in the Nordics).
Reactions: Fredrik

Jim Ryan infront of the mirror every night

Should have happened months ago. MSFT, Sony, Nintendo all need to do direct to consumer sales. The GPU market is nearly dead due to bots snatching up every lot popping up across amazon, tigerdirect, Newegg, etc. Still can't get a 30xx series card and I've been trying for months.
Last edited: May 28, 2021
Reactions: sn0man

RoadHazard said:
Of course, can't deny Nordisk Film their god-given right to jack up console prices to ridiculous levels and pocket the difference (Sony has no console distribution of their own in the Nordics).
Click to expand...

It sucks. I’ve seriously never experienced anything like this in 35+ years as a gamer. A friend got one sent directly from Sony when buying a Sony phone but the closest I’ve got to a PS5 at a retailer is this AR thing at Elgiganten

I saw some investor slides showing something that could be a Bravia X PS5 bundle. I could see myself upgrade the TV soon so maybe that’s one entry point.
Reactions: GuinGuin

Playstation is pushing local development in several countries including Spain.

PlayStation Talents Will Release Over a Dozen PS5, PS4 Games in 2021/2022 | Pure PlayStation

PlayStation Talents, an initiative set up by Sony Interactive España to nurture home-grown talent, will produce over a dozen games for PS5 and PS4 in the near future. Sony's Spanish branch of the PlayStation business has been busy supporting local developers, gaining the platform holder some...

RoadHazard said:
Of course, can't deny Nordisk Film their god-given right to jack up console prices to ridiculous levels and pocket the difference (Sony has no console distribution of their own in the Nordics).
Click to expand...

Cut out the retailers and increase margins! No-brainer.

Sony been through this before with PS4 pro, PS5 is more sophisticated and Sony misjudged demand.

EverydayBeast said:
Sony been through this before with PS4 pro, PS5 is more sophisticated and Sony misjudged demand.
Click to expand...

They didn't misjudge demand. They made more than they made PS4s in the same time frame with a pandemic and chip shortage going on. It's just a must have item for any fan of video games. They were never going to have enough for everyone.

EverydayBeast said:
Sony been through this before with PS4 pro, PS5 is more sophisticated and Sony misjudged demand.
Click to expand...

They didn't misjudge demand, there are supply constraints all across the semiconductor industry.
Reactions: Con-Z-epT

Jim Ryan if you read this thread i need my playstation direct email asap so i can buy a ps5
The ps4pro isn't gonna hold much longer with the summer temperatures so get on with it!!
Reactions: mckmas8808 and Jaxcellent

tommib said:
How will they stop the scalping?
Click to expand...

I really hope that it is not just about the increase of profit but that they also have some serious plans to intervene in terms of scalping.
How many people could already have a PS5 if this wouldn't happen?
You must log in or register to reply here.

May 27, 2021 started Craig of War
May 28, 2021
MayauMiao
2 3
News Platform PlayStation Studios: All Sony First-Party Developers and What They're Working On