So, forget about MS and Sony for a while. Who's your favourite in THE OTHER FIGHT?

Not a "fight" per-se. Not even a console war since one of them doesn't have one actual console.

I'm obviously talking about SEGA and Nintendo. Two companies that would tear ther eyes apart before Microsoft and Sony were even a thing in gaming. So let's forget these last two for a moment (not that you already have a million threads about their constant "fight").

At first glance the obvious answer might be to pick Nintendo over SEGA since they are still in the console business. However when we start looking at SEGA as this major Publisher/Editor/Dev, we have a great competitor. Not for nothing they've just been the top Publisher of Metacritic.

So, in the spirit of bringing a little '90s healthy competence, who's giving you more to your gaming in these days, SEGA or Nintendo?

Obviously if we are talking now its Nintendo, but back in the day?, Sega all the way!.
Last edited: Apr 4, 2021

Stuart360 said:
Obviously if we are talking now its Nintendo, but back in the day?, Sega all the way!.
Click to expand...

Not back in the day. Nowadays.

As I stated in the OP. SEGA might not look to be a big competitor just because they don't have an actual console. But they're one of the biggest publisher/editor/dev out there with a ton of games of all kind of genres just the same, if not more, than what Nintendo has.
Last edited: Apr 4, 2021

I like Nintendo, but I've been always a Sega fanboy for long long time.
I thought my love for the company pretty much died with the demise of Dreamcast - but Interestingly I realized my gaming taste still aligns pretty heavily with Sega - especially with Atlus combined.

On the other hand, I spent quite some time with Animal Crossing on Switch during earlier part of pandemic - probably around 100 hours but gave up around in 4 month - and only other game that I completed that Nintendo published last year was Zelda: Link's Awakening remake. So yeah. I definitely favor Sega games more than Nintendo games as my playtime tells me.
Last edited: Apr 4, 2021

.Pennywise said:
Not back in the day. Nowadays.

As I stated in the OP. SEGA might not look to be a big competitor just because they don't have an actual console. But they're one of the biggest publisher/editor/dev out there with a ton of games of all kind of genres just the same, if not more, than what Nintendo has.
Click to expand...

Well for me, i'd still pick Sega anyway, and i did. I mentioned Ninetndo now because they have a ridiculously successful console, and a bunch of 20+mil selling games. I dont like current Nintendo and their current path at all.
B

Besides Yakuza, what is there to play from Sega?

Back in the day I would have picked Sega. Today I pick Nintendo.

Nintendo has pokemon sword, the worst rpg ever made, so not them.

Nintendo easily. Not even a question for me.

Sega. They've put a lot of games out in the past handful off years that I've enjoyed. I love Nintendo games but the switch has been a dud to me as someone that bought a wiiu and bought most Nintendo games
U

A pathetic Sega fanboy who voted for the King Sega.
How surprising...

Sega are just background noise at this point.

I was thinking that, can’t remember the last time I saw SEGA on a splash screen.

Alien Isolation and what else?

I thought this was going to be Google play pass vs apple arcade or Steam vs EGS.

What exactly are we using to evaluate Nintendo and Sega? Are we looking at company practices, game philosophy, number of games, quality of games or all of the above? At the end of the day Nintendo has some of the greatest franchises in history. I had a sega genesis growing up and absolutely adored the sonic games. Shining Force II is still one of my favorite rpg's. That being said I could be happy playing only Nintendo games for the rest of my life if I was forced to choose between the two. Sega? Not so much.
Last edited: Apr 4, 2021

Nintendo, nothing is better than the SNES, nothing.

TKOFromTokyo said:
Nintendo, nothing is better than the SNES, nothing.
Click to expand... 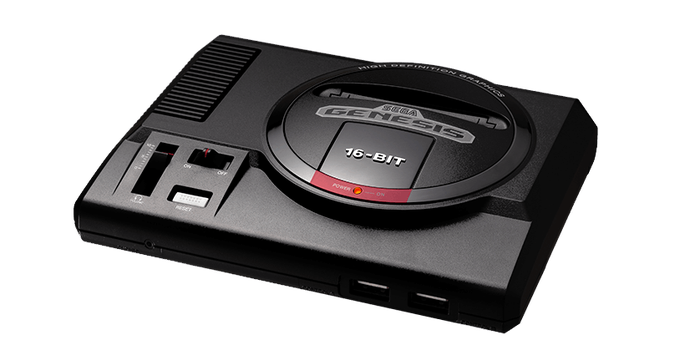 Thanks to Yakuza and Persona, so Sega.

I love Sega, the Dreamcast was my first launch day console, but there is a reason things turned out the way they did for Sega and a reason why Nintendo is still in the position it's in.
B

Sander Cohen said:
Alien Isolation and what else?
Click to expand...

That's a good game but old as heck now. Would love a 2nd one, though. Like a dragon is a damn good game, tho. Can't deny that

I've never owned a Nintendo home console and I probably never will, but they're clearly the obvious choice here. As a platform holder nothing Sega ever did can match the SNES or DS, and Nintendo is probably the best developer ever if you look at their entire body of work over time even if they're clearly not firing on all cylinders anymore.

These days maybe I'm more interested in Sega's games than Nintendo's, though, but that's mostly because I'm not super into either. Yakuza and MegaTen are slightly more intriguing than Mario and Zelda.
S

Sega cant even manage many of their IPs, even Sonic, which finally had critical and commercial success with Mania; then they just stopped contracting the team that made it.

Even SoR4 and Wonderboy are all licensed to other devs. Same goes for that awful Panzer Dragoon remake, wasn't even made by Sega. Shining Force is an Anime JRPG instead of a western tactics game.

Sega back then, neither now.

Sega never carried forward their legacy of games to the modern times, and Nintendo rehashes the same games over and over again with last gen specs. It's amazing that at one time Nintendo would go toe to toe for best specs. Now they purposely aim for worst specs.

First post nailed it! Although they both have issues that I thing should be addressed but at least they bring diversity into gaming.

PS. we really need more threads about something else either that MS or Sony

I guess Nintendo would be my favorite in this fight. Sega does have atlus but I'm still waiting on the new shin megami game. I might play that remaster or port of that old shin megami game.

zero from either side. Now nothing but soothing teen memories...

The one that owns Atlus.
M

I mean, I don't have a Switch and I don't care for Nintendo venture on mobile, so It Is obviously Sega, at the Moment, Just by being a multiplatform producer. If I had a Switch, things could possibile be different, but I really love Yakuza and it's spinoff + the Atlus output, so...

Well sega keep winning the Metacritic best publisher so it's gotta be sega. They have been very consistent over the past few years.

Nintendo has disgusted me in the past few years so.

Nintendo left them behind long ago.

Im tired of replaying nintendo games i played on wii u. So sega

Nintendo, but love Sega as well. Yakuza, persona and pso are some incredible games.

I don't care much for Nintendo consoles or games... so the little Sega offers, it's still better then nothing.

I got into gaming because of the NES, it was the 1st console I ever owned and I have been great childhood memories of it and me and my brother renting tons of games every Friday and gaming all weekend. Love Nintendo. But around 1989 I traded my Gameboy for Master System and around 30 games and boy, I was in love. A year later I got a Genesis and from that point on I was a Sega Man. Didn't even purchase a SNES till years later when MK2 was released on it and it had the better port. I bought a Saturn before I got a PSONE and was do ready for the Dreamcast I even imported a launch console from Japan. I really wish Sega would do more with its classic series. I mean where the hell is a modern traditional Phantasy Star game or a new Shining in the Darkness.
Last edited: Apr 4, 2021

Nintendo by miles both now and then.

Sega, mainly because I dont have a Switch right now.

I had both when I was younger, couldnt choose one over the other. They both had exclusive games I liked, and Madden played better on Sega consoles.
Last edited: Apr 4, 2021

Btw, growing up I dreamed of being able to play my games seamlessly on my NES and Gameboy. Nintendo did it! They easily win for me. Sega IP just doesn’t appeal to me at all save for a few Altus titles.
Last edited: Apr 4, 2021

Company Attitude: SEGA.
You must log in or register to reply here.