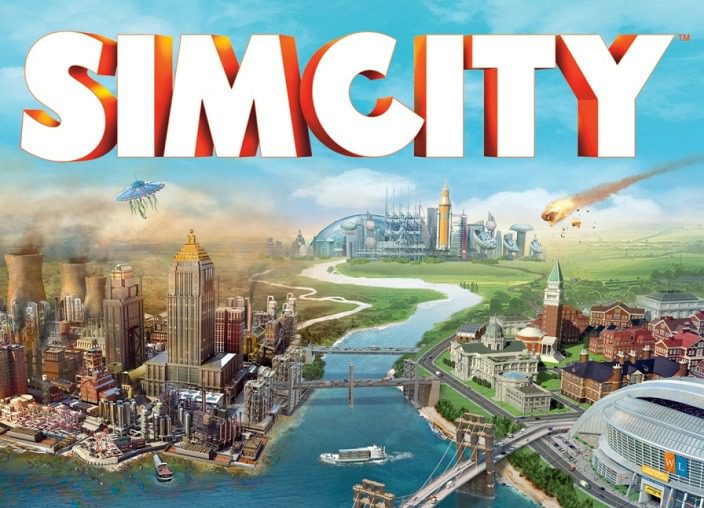 The citizens of SIMCITY are about to have a very unpleasant afternoon. GWW has obtained information that a “SIMCITY” film is currently in active development at Legendary Pictures. The film is being described as “A comedic version of a Roland Emmerich-esuqe disaster movie inside the world of...

GWW has obtained information that a “SIMCITY” film is currently in active development at Legendary Pictures. The film is being described as “A comedic version of a Roland Emmerich-esuqe disaster movie inside the world of SIMCITY” with the script being penned by Mike Rosillio. Studio executives Ali Mendes and John Silk are overseeing the development of the film. No director or actors have been announced at this time.

There is little information on casting and characters for “SIMCITY” as the only descriptions we have are for basic characters described as Dad, Mom, Son and Villain. Not much to go on.

Preliminary casting info has also told us that a film adaptation of “The Sims” is in the works, though information on that project remains scarce as it’s in the early development stage. It appears characters will play dual roles in The SIMS gamed and out. Early character descriptions include Katie as our lead female “A funny hot mess, good to her core. There is also Cliff a supporting male and his described as “Kate’s best friend, a cute nerd.” Other supporting characters include Rick (Steel Nugget), a performer in a “mixed martial arts historical musical,” Cora (Bella), “Katie’s assistant” “Cora is sarcastic and bitter,” Dennis (Studio worker), an “uptight” partner at Katie’s firm, Jared the “womanizing douche,” Amanda (Nellie) is dating Cliff and described as “Pretty and slim,” finally we have Pam, Kat’s Mom and Bill a “Chubby” in kid SIMS who lives in the tree house behind Kate and offers advice.

For those who don’t know, SIMCITY is a PC City Simulator videogame, where the players oversee a town they have created. The goal is to make their city become the biggest and most successful it can. But if you’re feeling mischievous, you can drop natural disasters like tornadoes on your town; just for your own amusement. You’re the overseer and you can basically do whatever you want. But unlike videogames, you can’t exactly “play movies.” The film will star a family of three: A middle aged mom and dad (age 30-49) and a teenage boy (age 15). The film is also looking to have a main villain for the conflict. Maybe the overseer is the villain? It will be very interesting to see how this concept is translated to live action when the audiences no longer have control; in a game that’s all about control.

Well hold on, what about MySims?

Hmmm, what a fascinating premise. I'm a urban planner, so I am interested in seeing how they handle this one. Obviously, the profession is going to be a part of the movie, I think.

Where's the SimAnt movie?
A

I cant wait for the part of the movie where they let the city run overnight so when they wake up in the morning they have a ton of money.

The Sims could literally be about anything.

SimCity ... what we follow Chris Pratt as struggling mayor - only for tornadoes, floods and godzilla-monsters randomly turn up?
You must log in or register to reply here.