Over eight years since its initial reveal. 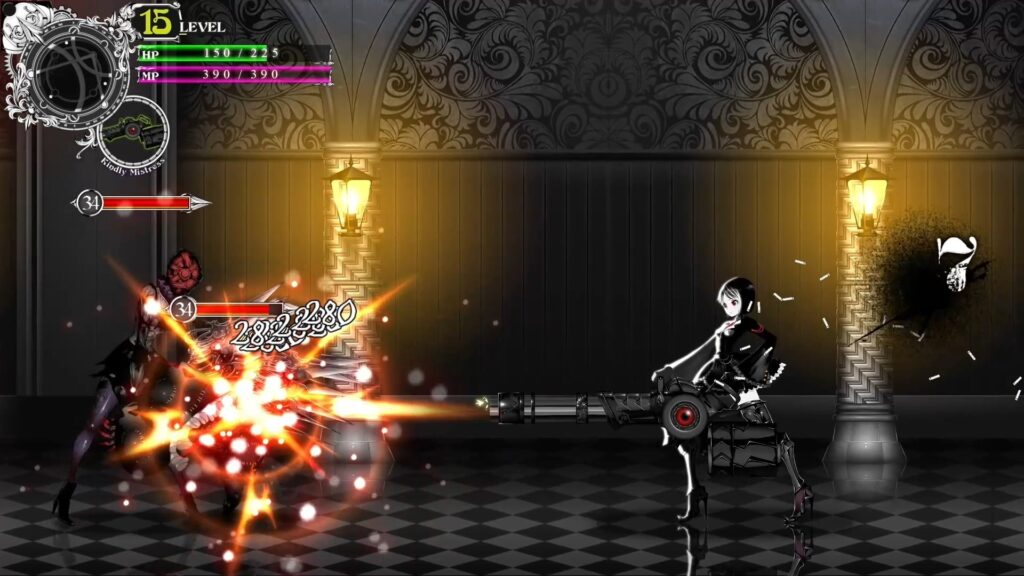 The game is also planned for release across PlayStation 4, Xbox One, and Switch at a later date.

About
The last witch hunters, the House of Usher, were doomed to fall. In the house, “Lenore,” the powerful witch had been sealed away, never to be released again.

Roderick Usher, the last head of the family, went insane as he succumbed to the power of Lenore. He had no mercy for anyone, or anything, that stood in his path, even his little sister Madeline Usher. Just as she was about to meet her demise, she was led by the Raven who wanted to help stop Roderick’s madness. Madeline was led to the Great Witch Ligeia, the legendary witch who possessed the power of Black Witchcraft.

Become Ligeia and embark on an epic journey. The witch of legend has awoken from a long slumber and is now ready to slaughter her enemies with the suitcase of demonic power, Dullahan.

You are the only one who can infiltrate the cursed Haunted House, guarded by the demons Roderick has summoned. You must put an end to Roderick Usher’s madness in order to prevent Lenore from being resurrected.

Various characters surround the secrets of the House of Usher and Black Witchcraft. Save them from danger and unravel the mystery of the Haunted House by conversing with them.
This bizarre and eerie Haunted House is based on the works of Edgar Allan Poe, and have been hand-drawn in a high-resolution lively 2D style.

Gothic Visuals will Draw You into this Unique World

Black Witchcraft is for those who love the twisted, gothic world of Edgar Allan Poe, and those who desire to unravel the mysteries of the Haunted House.

Watch a new trailer below.

Not my genre but who can say no to lil' cutie, goth-y, chain-gun wielding, hyper-lordosis sufferers like these!