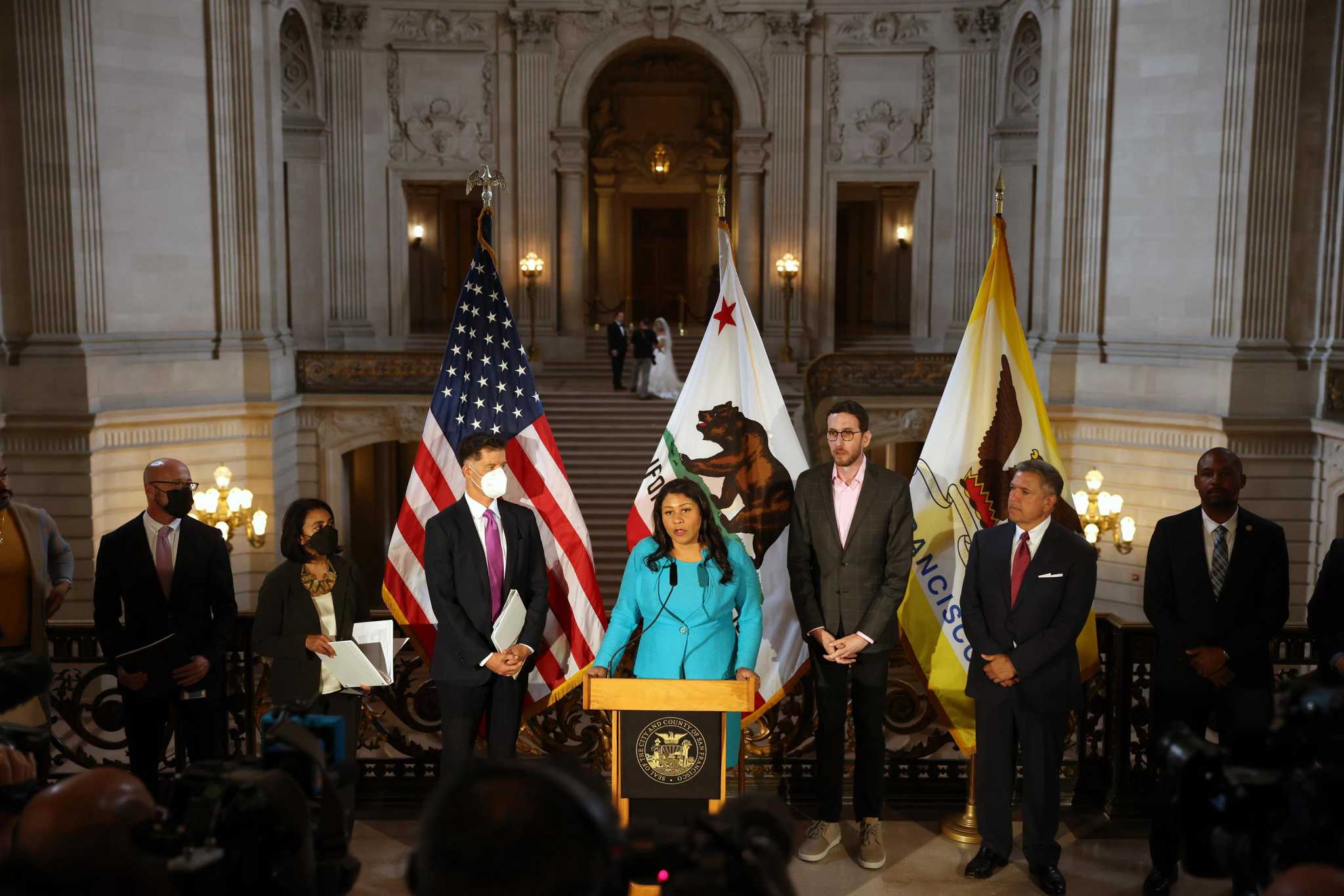 San Francisco officials declared a state of emergency in response to the intensifying...

San Francisco officials declared a state of emergency Thursday in response to the growing spread of monkeypox cases across the city.

The declaration will allow Mayor London Breed and other city officials to marshal resources and personnel to confront the intensifying monkeypox outbreak. As of Wednesday, the city reported that 261 people had confirmed or probable monkeypox infections. Health officials said they anticipate that figure will only grow in the coming days and weeks.

A rapid surge of monkeypox cases in San Francisco has collided with a scarcity of available vaccines. To date, city officials said they’ve received about 8,200 doses of the Jynneos vaccine, which is intended to prevent monkeypox and smallpox in adults.

“We want the flexibility to be able to use our resources to best serve the public and protect health,” San Francisco Health Officer Susan Philip said Thursday. “We also want to affirm our commitment to the health of our LGBTQ communities in San Francisco, as we have historically always done as a city,” she added, referring to the population most impacted by monkeypox so far.

Philip emphasized that she was not planning to call for any closures or restrictions, which distinguishes this emergency declaration from the health orders issued throughout the COVID-19 pandemic.

Perhaps more worrying than the sheer amount of infections was the trajectory, which “continues to go up,” Philip said, “as we know there are more cases that have yet to be diagnosed.” Testing has increased, she indicated, but not enough to make it universally accessible.

Breed acknowledged in a statement that the virus “impacts everyone equally - but we also know that those in our LGBTQ community are at greater risk right now.”

Offering support for LGBTQ community members who are “scared and frustrated,” Breed assured that the local emergency “will allow us to continue to support our most at-risk, while also better preparing for what’s to come.”

“This is a very important step by San Francisco,” state Sen. Scott Wiener said. He has pushed the city and state to declare a state of emergency related to monkeypox, and said he is writing a letter to Sec. Xavier Becerra of the U.S. Dept. of Health and Human Services, asking for more flexibility for states and counties to redirect COVID-19 funds toward monkeypox vaccines and treatment.

Wiener expressed frustration with what he viewed as an initially sluggish response from the federal government, and with the “overly complicated” barriers burdening physicians as they try to administer a smallpox treatment for monkeypox. He said, however, that the federal response had improved.

With the current count, San Francisco and Los Angeles appear to be the two most worrisome hotbeds of the monkeypox outbreak in California, which, as of July 21, had the second-highest number of reported cases in the nation, after New York, according to the Centers for Disease Control and Prevention. Currently the two cities are “neck-in-neck,” with roughly the same number of infections according to Philip.

The city requested an initial supply of 35,000 doses and will prioritize vaccines for men and trans people who have sex with men, who at present are the most vulnerable to infection of any population in the city. Within those communities Latino men have seen a disproportionate number of cases, a disparity that Philip attributes to the virus spreading through networks.
She attributed the national shortage of vaccines to a limited supply chain generated from one global manufacturer, Jynneos, which is based in Denmark. It provides vaccines for a federal stockpile that gets distributed to states, and in turn to cities.
The Department of Public Health said it will focus on distributing the first doses of monkeypox vaccines to as many at-risk people as possible, holding off appointments for second doses until the city receives enough supply to accommodate them. New York City adopted this strategy to deal with supply constraints, though the U.S. Food and Drug Administration and Centers for Disease Control and Prevention have not endorsed the practice.

Declaring a state of emergency allows the city to access funds from the state and federal government reserved for emergencies and to broaden public awareness about the outbreak.

While monkeypox is not a new disease, it came to the forefront recently after cases exploded in many countries at once. San Francisco reported its first case on June 3, and the number of infections rose quickly, prompting concern among health officials who are still trying to manage the COVID-19 pandemic.

The illness, which causes a rash or sores on the skin that resemble blisters or pimples, along with flu-like symptoms, appears to be transmitted by intimate contact including kissing, sharing bedding or clothes, or potentially, breathing in close proximity. It appears to be far less contagious than COVID-19 and poses less risk to the general population. Although many cases resolve on their own, in rare instances, monkeypox can become serious.

“It is spread by very close skin-to-skin contact, or very close face-to-face contact, so that large droplets or saliva can spread this,” Philip said, distinguishing monkeypox from COVID-19, which can proliferate through the air over a distance.
Tyler TerMeer, chief executive officer of the San Francisco AIDS Foundation, applauded San Francisco’s swift action but criticized the federal government for its own hesitance to declare a federal state of emergency — in part because monkeypox has not proven fatal.

“Community-based organizations like San Francisco AIDS Foundation have been ringing the alarm for many weeks now about the crisis that our community is once again in,” TerMeer said, noting resonances between the AIDS epidemic in the 1980s and the monkeypox outbreaks today.

Even if monkeypox is not deadly, the lesions can still cause intense pain, and they have sown fear and panic among people who are watching friends fall ill or hearing about the disease on social media, TerMeer said.

“We are once again in a moment of federal public health failure to cisgender and transgender men as well as nonbinary folks who have similar social and sexual networks,” he said.

San Francisco AIDS Foundation has provided 840 vaccinations at its clinic in the Castro and has 130 doses left on hand, according to TerMeer, who added that the waitlist of 7,300 people far dwarfs the number served.

Forty years ago, he said, the AIDS Foundation set up a hotline “because people were living in fear and concern about something new that was happening in their community, and they felt like the public health response was not on their side.”

Now, in a new climate of fear and uncertainty, the foundation has set up a hotline again — this time focused on monkeypox.

I was in San Fran a week and a half ago, saw no pox of monkeys.

AJUMP23 said:
I was in San Fran a week and a half ago
Click to expand...

You are already dead.

Maiden Voyage said:
You are already dead.
Click to expand...

Of course I wasn't doing any gay stuff....which I read this pox had some connection to.

AJUMP23 said:
Of course I wasn't doing any gay stuff...
Click to expand...

AJUMP23 said:
Of course I wasn't doing any gay stuff....which I read this pox had some connection to.
Click to expand...

Look man, what you do in the privacy of darkened alleyways in SF is none of my business. Unless there's a discount involved, of course.

Maiden Voyage said:
Look man, what you do in the privacy of darkened alleyways in SF is none of my business. Unless there's a discount involved, of course.
Click to expand...

I went to a historic arcade.

AJUMP23 said:
I went to a historic arcade.
Click to expand...

Again, how you earn your quarters is none of my business (unless there is a sale).

AJUMP23 said:
I went to a historic arcade.
Click to expand...

Bet you stuck fingers in some coin slots

Makki said:
Bet you stuck fingers in some coin slots
Click to expand...

Hey, when I call it, I call it

Maiden Voyage said:
for men and trans people who have sex with men
Click to expand...

Probably because the people that still live in San Fran are bananas.

The virus is homophobic
R

Yeah, it's bizzare (to me, the average Joe) that this virus has an AIDS-like transmission.
Is there an explanation for this?

Ya for real. I have now idea how this virus seems to be affecting the lgtb community more. What’s the explanation? I’m confused but haven’t been following this virus news. 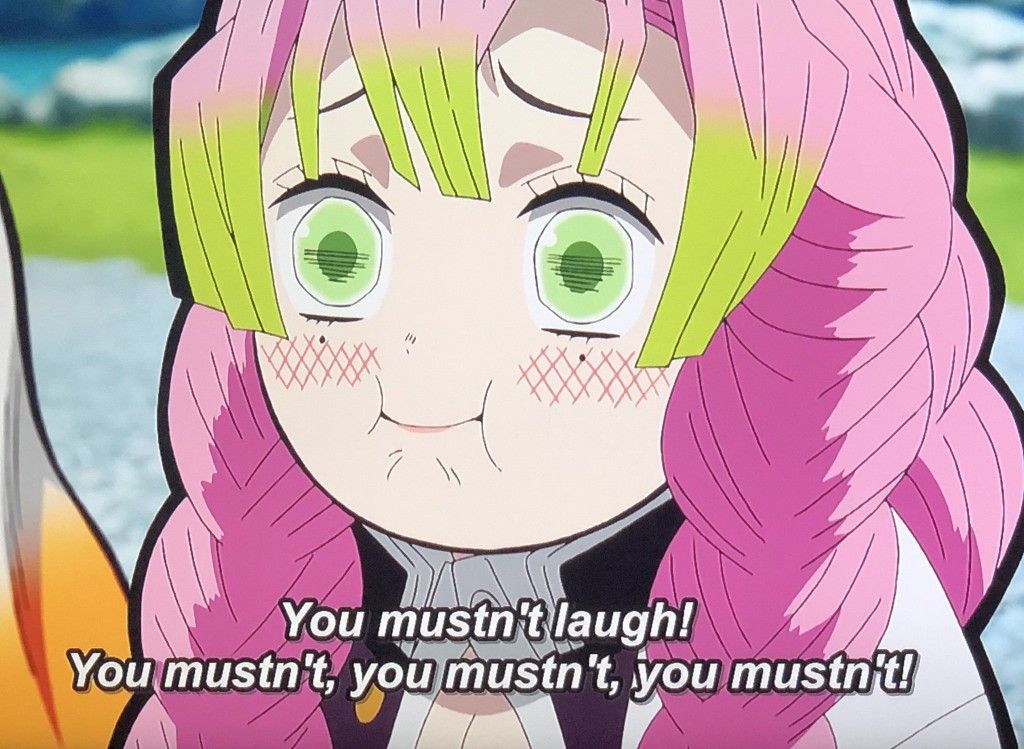 Batiman said:
Ya for real. I have now idea how this virus seems to be affecting the lgtb community more. What’s the explanation? I’m confused but haven’t been following this virus news.
Click to expand...

Dudes tend to be more predisposed to having numerous partners. It’s why dudes tend to be the primary vector for STDs rather than gals. Introduce manwhores that like to fuck other manwhores and you create a very susceptible risk pool.

With limited vaccine availability, one of the requirements for getting it asks if you’re a male that has sex with other males, and if you have sex with multiple partners. Monogamous gay dudes are not eligible.

As the saying goes, fuck around and find out.
S

Having 15-man golden showers probably does not help.
You must log in or register to reply here.

Monkeypox has arrived in the US