A financial report from Sega Sammy reveals that the company has interest in potentially rebooting or remaking dormant IPs like Jet Set Radio.

A recent financial report from Sega revealed that the company will be reevaluating its current list of IPs to determine which properties could potentially see a remake, remaster, or even a reboot. The report reveals the full list of active and dormant IPs, which Sega is currently holding under examination.


The current list of active IPs include Sonic, Yakuza, Phantasy Star, Total War, Persona, and Megami Tensei. A recent interview with Sega Vice President Shuji Utsumi revealed the company’s hopes for a potential new Sonic game. However, the list of dormant IPs are more expansive and feature franchises that have not received new titles for more than a handful of years. The titles on the list include:

A total of three options were presented on the slide featuring both the active and dormant IPs for Sega. These included the potential for a remaster, remake, or a reboot. In regards to potential remakes, Sega mentions that this would include adding new features to the prospective remake. However, the financial report from Sega outlines that a reboot would involve reconstructing a new game while abiding by the rules and world of the IP. There was no indication if any of the Sega owned IPs on either of the lists would qualify for a remaster, remake, or reboot as the titles are currently under evaluation.
Reactions: EDMIX, sncvsrtoip, Putonahappyface and 5 others

GIVE ME JET SET RADIO 3!
Reactions: KellyM, Kokoloko85, The ninja farmer and 1 other person

My body is ready (for trance vibration). Give me that Area X inspired sequel asap please. I never played Child of Eden because it has the rhythm element which I hate, it was fun enough to memorise in what order and from where the enemies appeared over runs, I don't rhythm on top of that.

Shinobi is seriously one of the reasons why I still have my PS3 hooked up.

they have some pretty solid IP tbh.

Definitely want a new virtua fighter, but considering sega backlog of arcade games theres loads that where never brought to home consoles i would pay for, but sega just seems happy to bring out megadrive games or sonic games, what about a saturn mini or dreamcast mini, a collection of saturn games, after sega stopped making the dreamcast its like sega just shut down

Sonic series still the series that moves the most units.

It seems that SEGA Japan is not aware that Streets of Rage and Panzer Dragoon have already been dealt with. Probably not in the best way possible though.
Last edited: May 13, 2021

I want all the games on that list!
Damn I miss sega ips.
Reactions: Boaty McBoatface, Celcius and HerjansEagleFeeder

Maybe Streets of Rage success has helped them see the light on bringing back old IPs. Jet Set Radio needs to come back ASAP. I can't even imagine how amazing a NIGHTS game could be with the power of today's consoles/PCs. I also miss both Crazy Taxi and Virtua Fighter.
M

I think with Persona, Yakuza and Judgement they have a really nice thing going with narrative heavy Japanese oriented games with aimed toward adults.

Would love to see them reboot Shining Force with a full next-gen PS5/Series X only game. Strat RPGs should not be reduced to only portable systems IMO.

Looking through that list and seeing Soul Hackers is interesting. They could go into an actual Persona type style with that series. Also still one of the best intro's to a game. Long live the Spookies.

This. Another Virtua Tennis would be nice too. Also sign me up for another Crazy Taxi. Not sure how they can expand the gameplay on that though. It was a fun game to hop in and out of.
Reactions: Dudacus and Bridges

I still don't understand how nothing has been done with Golden Axe. Jesus Christ.

I don't understand why people are still asking for remakes when we look at what has been done in recent years. I don't want games with ridiculous budgets, because this is almost exclusively what they have been doing (with the exception of Sakura Wars).

Look at Panzer Dragoon Remake. Such a boring, random remake with awful colors. How about making a proper new entry instead ? How about trying ? SEGA Japan look like they are more interested in giving as few money as possible, checking the checkbox "we gave fans something new in whatever series" and move onto the next series.

Even if Sonic Mania and Streets of Rage 4 turned good because the developers were very passionate, they are still very small projects that did not add anything new to the table.

What now ? We are going to see cheap remakes for Panzer Dragoon Zwei, House of the Dead, every single Wonderboy Game and Virtua Fighter 5 is going to be released for the tenth time ?

As a long time SEGA fan, I want to say : fuck this.

I don't want 10 cheap remasters/remakes. Not a single one felt worth playing to me, with the exception of Sakura Wars, which wasn't even released on all platforms. 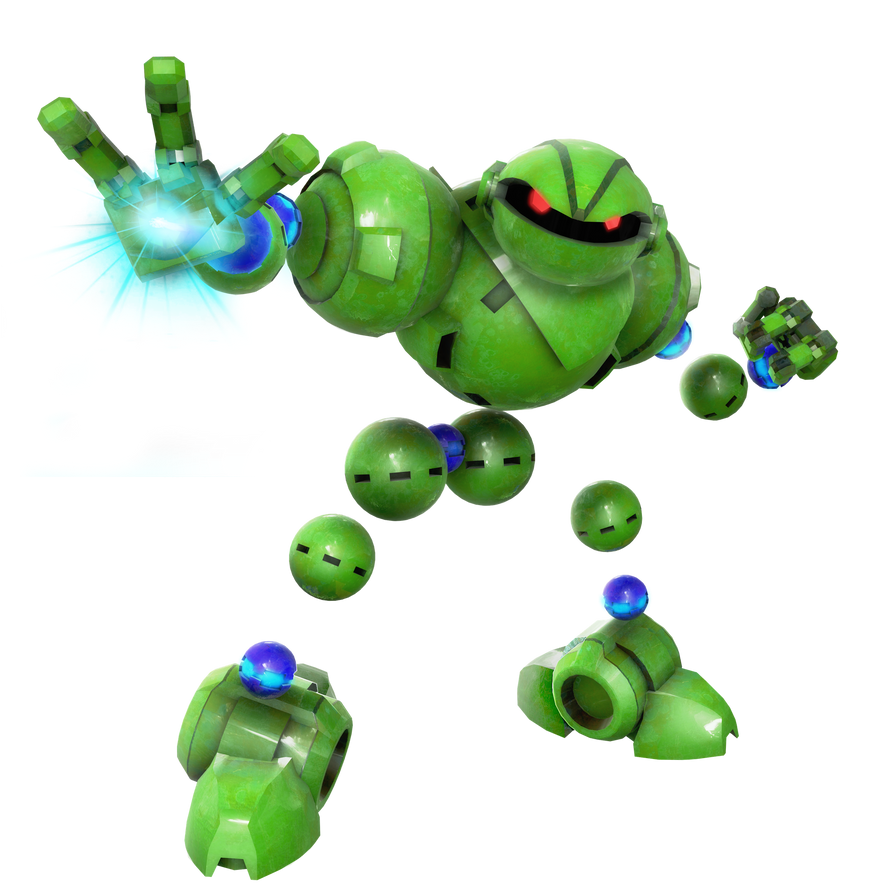 Soul Hackers with the modern SMT push combat system would be awesome.
A

It's not even about rebooting... Port those games to PC and use those ports as the baseline for console releases.

So many amazing SEGA games lost on old platforms. Thank God we got Bayonetta and Vanquish at least.

Fecking Virtua Tennis not even listed; best tennis games ever. Seriously. We’re pretty much still in a golden age with Federer, Nadal and Djokovic still active. I’d definitely buy one today, especially if they made one with a tight online.

TwistedSyn said:
Looking through that list and seeing Soul Hackers is interesting. They could go into an actual Persona type style with that series. Also still one of the best intro's to a game. Long live the Spookies.

I'd rather they finally localize the original Devil Summoner.

Where is Skies of Arcadia?
Reactions: Metnut, SlimeGooGoo and Grand Theft Scratchy

THE CONCEPT OF LOVE
(at least give us JSRF on Steam pls)
Last edited: May 13, 2021
Reactions: TheMan

Really shows how critical their European studios are to Sega's success. Hopefully this means more games coming to PC and other platforms.

I want a new Shinobi developed by the guys who made SOR4
Reactions: Kokoloko85

Woopah said:
Really shows how critical their European studios are to Sega's success. Hopefully this means more games coming to PC and other platforms.
Click to expand...

It's actually well balanced which is a good thing:

Sega of Japan also has popular free to play game like PSO2...

Atlus is growing, Sonic is growing, Creative Assembly is growing and PSO2 New Genesis is coming next month. (millions of new users downloaded the old version before the update and new episode)
Reactions: EDMIX

Sega conducted a survey a few months back, seems like they got the message people want to see their old franchises back in some form.
Reactions: EDMIX

Just do it.
Reactions: KellyM and Kokoloko85

If any dormant IP of theirs is in need of a proper sequel or reboot, it's definitely Virtua Fighter, in my opinion.
Last edited: May 13, 2021
Reactions: SinDelta

I want a new Kid Chameleon

Remake this (without the weaboo crap that is PSO)

Gimme that Jet Set Sega...come on....Online co-op or vs. Cops vs. Skaters.

WHERE IS SKIES
G

Shining Force, Traditional Phantasy Star, Dragon Force, Skies, when????? This is definitely a good sign to me. Retro gaming is at a high point, so I can see there being growth opportunity to bring back some of these dormant franchises. Fingers crossed we get some good stuff.
Last edited: May 14, 2021

Number 1, I want JST 3 and Shining Force please. And Ports of the old ones/remasters etc

Would love a new Phantasy and Nights too.
Sega has alot of great IP’s any of those of the list would get my moneys

I haven't thought about that game in so damn long. I LOVED Kid Chameleon. That rhino football player and samurai dude were so cool. What a cool game, buddy and I would play that and Zombies ate my Neighbors all the time going back and forth whenever we'd get too frustrated. And then shifting over to Bonanza Bros. when we just wanted to feel like bad asses.
Last edited: May 14, 2021

I have my doubts that Sega can make a good NIGHTS game. But everything else(even Altered Beast) I'm on board for .

I haven't thought about that game in so damn long. I LOVED Kid Chameleon. That rhino football player and samurai dude were so cool. What a cool game, buddy and I would play that and Zombies ate my Neighbors all the time going back and forth whenever we'd get too frustrated. And then shifting over to Bonanza Bros. when we just wanted to feel like bad asses.
Click to expand...

Yeah man. Gaming ain't like it used to be. Was simpler times back then.