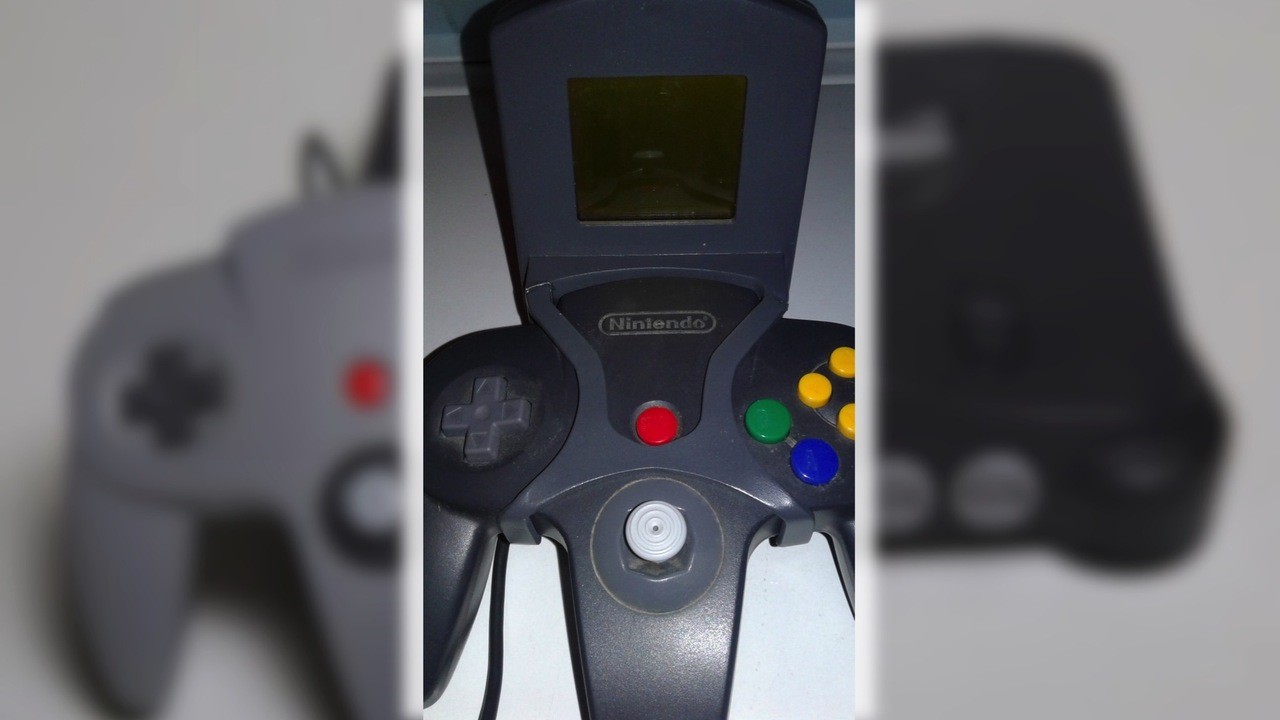 Retro gaming fan and preservationist Shane Battye has shared a handful of images of a 'Secret Screen' peripheral that had been designed for use with Nintendo's machine. Of course, we now know that it never made it into full production, but as Battye says the prototype was at least partially functional and some suggested applications for the device have been drawn up, too.

In the first image above, you can see the prototype being discussed in Electronic Gaming Monthly magazine. It reveals that the design was dreamt up by Dane Galden, who says that inspiration for the idea came about while noticing his brother cheating when the pair were playing football, sneaking a look at which play he'd pick to gain the upper hand.

Essentially, then, the 'Secret Screen' would allow you to have your own individual setup to avoid such issues, not unlike several multiplayer games we've seen more recently on Wii U. The aim was to get the product "packed in as an added value item" with a sports game, but this never materialised.

In further notes, Battye explains that the prototype appeared in an eBay listing in 2018 but was taken down, providing images of the listing description. Amazingly, the designer notes that thanks to his idea featuring on the same page as a discussion on the Dreamcast in EGM, Sega's Dreamcast engineers "saw the N64 Secret Screen on the same page below their write up, and turned the concept into the VMU in the Dreamcast controllers".

That's really cool. I remember thinking the VMU was a game changer for me and my cheating ass friends. Shame it never really caught on. Some of the VMU implementations on the Dreamcast were great.

With all the gimmicky ass shit that was happening in the mid to late 90's I'm surprised Ninty passed on this. Especially with how uniquely multiplayer focused the N64 was at it's release.

Very interesting, would have been rly cool if it made it to production, the VMU for the Dreamcast was a cool gimmick

Who owns that pad.

N64's controller was busy enough without this, haha.

Nintendo was really crazy with research on new peripherals and tools to enhance gameplay in those years.

Is there any real VMU game? Aside those secondary screen gimmicks like Code Veronica or Virtua Tennis.

Something like Pocketstation's Final Fantasy VII or Street Fighter Alpha 3.

This is a prototype for a third party accessory which Nintendo rejected.

It's not some super secret hardware from inside of Nintendo, which is what they are hoping people think when forking over silly money for it.

The guy selling it is the same chap who built it back in the day.

stranno said:
Is there any real VMU game? Aside those secondary screen gimmicks like Code Veronica or Virtua Tennis.

The Chao Gardens in the Sonic Adventure games I think? I remember you can take your Chao on the go. like a tamagotchi and raise their stats for the Chao races. that some cutting edge stuff, back then.
You must log in or register to reply here.

Alexios replied
Mar 29, 2020
GTA III: behind the scenes of the game that propelled Rockstar to the top of the world
Analysis Retro Game Dev

IbizaPocholo replied
Nov 3, 2021
The Legend of Zelda made its debut on the Famicom Disk System, and 35 years later, the game is still a classic
Retro