I need to go back but I remember really liking 2 but not much about 3. Always loved how after you took over a territory if anybody messed with you there were others around that had your back. Wasted a ton of time just starting fights with cops and watching the craziness that ensued.
Reactions: GC_DALBEN

Those were the days...

Stilton Disco said:
Loved 3, but some truly incredible moments aside, everything since felt like an escalation in whackyness that tried and failed to capture that games magic.

The weird obsession with the charisma black hole that was Johnny Gat didnt help either.

We could definitely do with a game reveling in sex and cartoon violence while sticking two fingers up to the PC brigade now more than ever though, so I hope we get a sequel.
Click to expand...

People liked Gat because of the first 2 games, he was the crazy squadmate in 1, the only returning squadmate in 2, and had a bunch of cool scenes and actual characte in his plotlines there. In 3 he got Poochied back to his home planet, and everything else is Volition compensating for how shit that move was, with the most 2d, flanderised version of the character possible.
Reactions: RyuCookingSomeRice

I cannot wait to pimp slap a bitch and see their body fly across the map! Good times!
Reactions: Ravi_elite

MiyazakiHatesKojima said:
The lamest game franchise of the 21st Century.
Click to expand...

the first one was really fun tho.
Reactions: MiyazakiHatesKojima

Ravi_elite said:
Those were the days...
Click to expand... 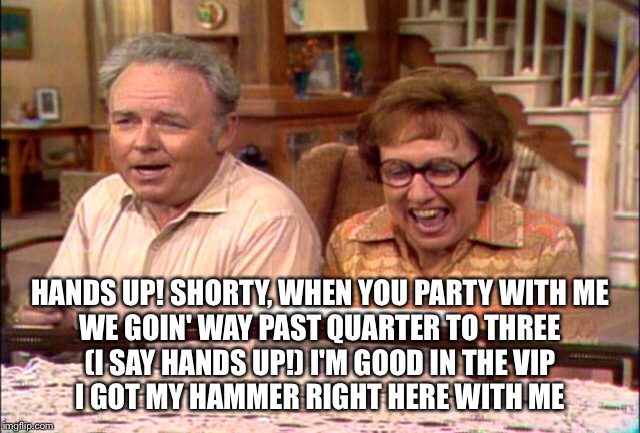 Saints Row 2 was the best.
Reactions: KormaChameleon and Furozen
S

The series is hilarious and some of the best games ever made. Please hurry!

Well its october 14 and volition has something special planned concerning the Saints Row franchise today...really hoping its a saints row trailer but dont get ur hopes up


Really hope saints row went back to its roots, and brings back its competitve multiplayer and gang leaderboards back but I doubt it

The anniversary of Saints Row 2 october 14 **will see an announcement from dsvolition concerning Saints Row V
Click to expand... 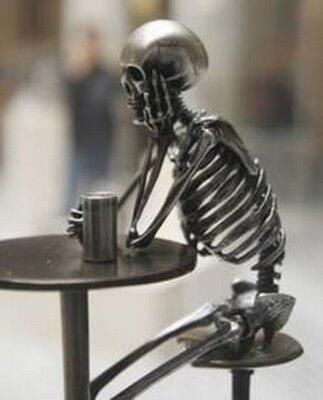 Only Steam version will be fixed, unfortunately.
Reactions: Dane, PhoenixTank, #Phonepunk# and 1 other person

Only Steam version will be fixed, unfortunately.
Click to expand...

Oh nice. I havent played my copy because of how bad it is on PC. Hope the update doesnt take too long.

After years of waiting, Tera Patrick will finally be my homie
Reactions: Tesseract

That's nice. A bit slim. I would have liked this alongside a SR1 PC port. That's one I'd really like to play at a framerate that isn't absolute garbage.
Maybe this updated port is setting the stage for a SR1+2+3 rerelease on current gen. PC already had 3, and a shit version of 2. Update 2, port 1 to PC, and then triple port the 3 games on consoles.

Who am I kidding. This is probably a one off.
Reactions: Tesseract

- You will NO LONGER need Gentlemen of the Row to play the game normally. Apprantly Performance issues have been fixed as well. (on modern hardware, Game runs too fast)
- It's almost done. ETA is "when it's done, but almost complete". IdolNinja and one other person working closely on this patch.
- Gentlemen of the Row will get a patch to work with the new patch.
- This is made possible because they found the Source Code to the game. For those who do not know, PC Port was done by a different studio that went under. Source Code was lost in the sale of assets.
Last edited: Oct 14, 2019
Reactions: PhoenixTank

Did they say anything about adding controller support?. I dont believe the current version has it right?.
I really dont like playing these kind of games on M/KB lol

- You will NO LONGER need Gentlemen of the Row to play the game normally. Apprantly Performance issues have been fixed as well. (on modern hardware, Game runs too fast)
- It's almost done. ETA is "when it's done, but almost complete". IdolNinja and one other person working closely on this patch.
- Gentlemen of the Row will get a patch to work with the new patch.
- This is made possible because they found the Source Code to the game. For those who do not know, PC Port was done by a different studio that went under. Source Code was lost in the sale of assets.
Click to expand...

nice, I was hoping for a SR 1 pc release as well

It seems so, an interesting bit of reading:

PC releases
In June 2008, THQ confirmed that a Microsoft Windows port of the game was in development. It was developed by the localization team at CD Projekt, the CD Projekt Localisation Centre. The studio later became known as Porting House, and has been referred to by Volition as "CD Projekt Black" (in parallel to CD Projekt Red). The port was released in North America on January 5, 2009, in Europe on January 23, and in Australia on February 5. In April 2016, Volition released a Linux port of the Windows version. In the aftermath of the auctioning of THQ's assets following its bankruptcy in 2013, the source code for the PC port of Saints Row 2 was believed to be lost.

In the interim, the game has become highly unplayable, with no multiplayer support following the shutdown of the GameSpy service. In October 2019, Volition announced it had found the source code, and it will begin work to rebuild the game for modern systems, including replacing GameSpy with Steam matchmaking support, and allow for user mods. Additionally, when the update is releaesd it will contain the two DLCs, "Ultor Exposed" and "Corporate Warfare" which had not been previously released for personal computers.
Click to expand... 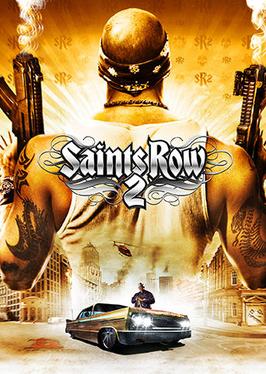 I would have prefer to see SRV announcement. There's no way I'll be playing SR2 in 2019.
Reactions: RyuCookingSomeRice

How do you make a Saints Row game in today's political climate?
Click to expand...

Make it about idiotic SJWs.

Like make the game have two modes. One is sjw mode one is normal mode.

Make it super politically correct and censored and all missions that might be controversial are gone. So it is basically nonsense with no continuity everything is chaotic and makes no sense, plotholes and missing logic etc. because of 90% of the game not being in that mode and you know like every argument of sjws is. So they feel right at home. Make it only have people of color to chose as playable characters (real people of color have Amber, blue, green, grey, brown eyes with black, brown, all different shades of blonde or red hair. You know COLOR as in more than one [brown] because black is not color it's contrast)
And make all NPCs white so you kill only white privileged males.

TeamGhobad said:
k-mart GTA no thanks.
Click to expand...

I've already reinstalled the game. I can't wait for the patch.

In the first game I'd drive around in a convertible and run over grannies trying to catch them in the back seat. Also kicking peoples legs out from under them gave me immense joy. Please dont judge me

Who cares for sr2 now? Im a huge sr 1/2 fan but jesus christ who gives a shit

Well, it's confirmed that a new entry is in development anyway. Only question is whether it's gonna go back to its roots or be another superhero game.

RyuCookingSomeRice said:
Who cares for sr2 now? Im a huge sr 1/2 fan but jesus christ who gives a shit
Click to expand...

I had already pretty much knew it was going to be a saints row 2 update on PC...i just wanted some public exposure on the original multiplayer...that had a whole different fanbase

If they were humble, they would replace saints row 2 gameplay mechanics for how saints row 1 was...and include blinged out ride and protect tha pimp...doubtful 100%..however...you can only do so much to get their attentions
Reactions: RyuCookingSomeRice
S

Yes. It was under their CD Projekt Black which the only thing they did was SR2 PC.

Volition never got the Source Code from them. It was on IdolNinja's bucket list for awhile and even he bugged Volition before he joined them about finding it.
Last edited: Oct 15, 2019

Man too late on SR2 I bought the game years ago and had to refund it immediately coz it was unplayable.

Where is that announcement for V?

RyuCookingSomeRice said:
Who cares for sr2 now? Im a huge sr 1/2 fan but jesus christ who gives a shit
Click to expand...

Loads of Saints Row fans? The second game is almost unanimously considered the best in the franchise, but many PC players skipped over or abandoned it because of the shoddy port job. I certainly want to go back to it after playing the heck out of it on the 360.
Reactions: Furozen

I loved Saints row 3 more than boresfest that was GTA4 and also liked SR4 .

MiyazakiHatesKojima said:
The lamest game franchise of the 21st Century.
Click to expand...

Best entry in the series, will definitely give it another playthrough on PC when it's fixed.

I own SR2-4, but have never played 2, despite ravings from some very vocal friends.
I look forward to giving it a go once patched. I feel like the unexplored story is how often source code for old games is lost to time.

Holy LEL, that's the last thing I'd expect, the PC version ran like shit and was even thinking of buying the X360 version for BC.
Last edited: Oct 16, 2019

I was also hoping for a Saints Row V announcement
You must log in or register to reply here.

News Clickbait Could we see a Saints Row V in 2020

Aug 26, 2020 started Ravi_elite
Sep 14, 2020
Camreezie
With the decline of Saints Row and Just Cause, does that mean we'll never have a "major" alternative to GTA?