Having gone through the entire Hyper catalog, I will say the two driving games are definitely an interesting experience for sure. SNK was great at fighting games, and even Beast Busters Second Nightmare was awesome (and developed by ADK, not SNK) but their experience with both 3D AND the racing genre was pretty thin in 1997. Obvious statement is obvious but SNK was a 2D fighting game developer who on occasion made a game in a different genre, and NOT a 3D racing game developer.

All the same Round Trip RV is a pretty fun game! It's a massive chore to get running at home ( a lot of soldering, wiring, and converting PC wheels and pedals over to the pcb connectors) but in the end its really the only way to experience these "lost" games outside of finding an arcade cabinet in the wild. Sure one may still exist but I've yet to find it! It's basically a unicorn at this point in time.

Gameplay wise it has some interesting concepts, the first and foremost being the courses that double back on themselves ; hence the "Round Trip" part of the title. At pretty much any term another vehicle could be racing head on in your direction, so its not just a racing game, but also a bit of a "chicken" simulator.

Graphically its competent but not great....it runs at a full 60 fps but it never looks amazing nor does it feel that "fast". It also straddles the line between arcade racer and sim. It's not full arcade compared to something like San Francisco Rush or the Cruis'n series, but its definitely not a sim either. Its just way more restrained of a game.

Still not sure where the RV came from. It's just SUV's and pick up trucks. I guess SNK liked the sound of the name or they forgot RV's were giant Winnebago's and the like. Now that would have been a fun game...actual RV racing lol

But overall just another rare and "lost" game from SNK on the Hyper. Never ported...you can emulate it but it's pretty flaky. If anyone ever needs help getting it running at home lmk...always happy to help

for the visual - first 1080p60 capture. Not trying to self promote, just want to talk about rare SNK games. Plus we all need something fun to watch while we work from home.
Reactions: Animagic, kingbean, thicc_girls_are_teh_best and 1 other person

I wish SNK made more games for the Hyper Neo Geo 64. Was promising hardware, but they botched the economic side of the design that made original Neo Geo so appealing for arcade operators.

thicc_girls_are_teh_best said:
I wish SNK made more games for the Hyper Neo Geo 64. Was promising hardware, but they botched the economic side of the design that made original Neo Geo so appealing for arcade operators.
Click to expand...

me too. It had a ton of 2D capabilities. Not sure why SNK didn’t just pivot and use the Hyper as an evolution of the MVS design for sprite based 2D games. They could have saved the hardware investment that way.

maybe by that point arcade operators wouldn’t touch it though. Hard to say
Reactions: thicc_girls_are_teh_best 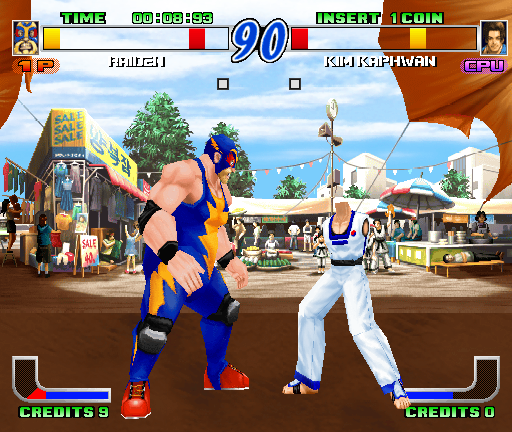 Emulated (not my image...hence the missing limbs lol) but the 2D backgrounds look amazing. If you popped in awesome 2D sprites vs 3D models people would have flipped out at how good it looked. Def can handle CPS III levels of 2D visuals
Reactions: thicc_girls_are_teh_best

The game was OK for the time, of course it pales if you compare it to Model 2/3 games, but when you compare it to the likes of GTI Club, Side by Side or Battle Gear it comes on top, and games like SF Rush/SF Rush 2049 or Cruisin' feel stiff for not being at 60 fps.

It looks nice, but the trucks look glued to the dirt road. Like they are on rails.

Birdo said:
It looks nice, but the trucks look glued to the dirt road. Like they are on rails.
Click to expand...

You can see a jump around 3:20. Maybe we need a better player that knows how to handle turns?

Futaleufu said:
You can see a jump around 3:20. Maybe we need a better player that knows how to handle turns?
Click to expand... 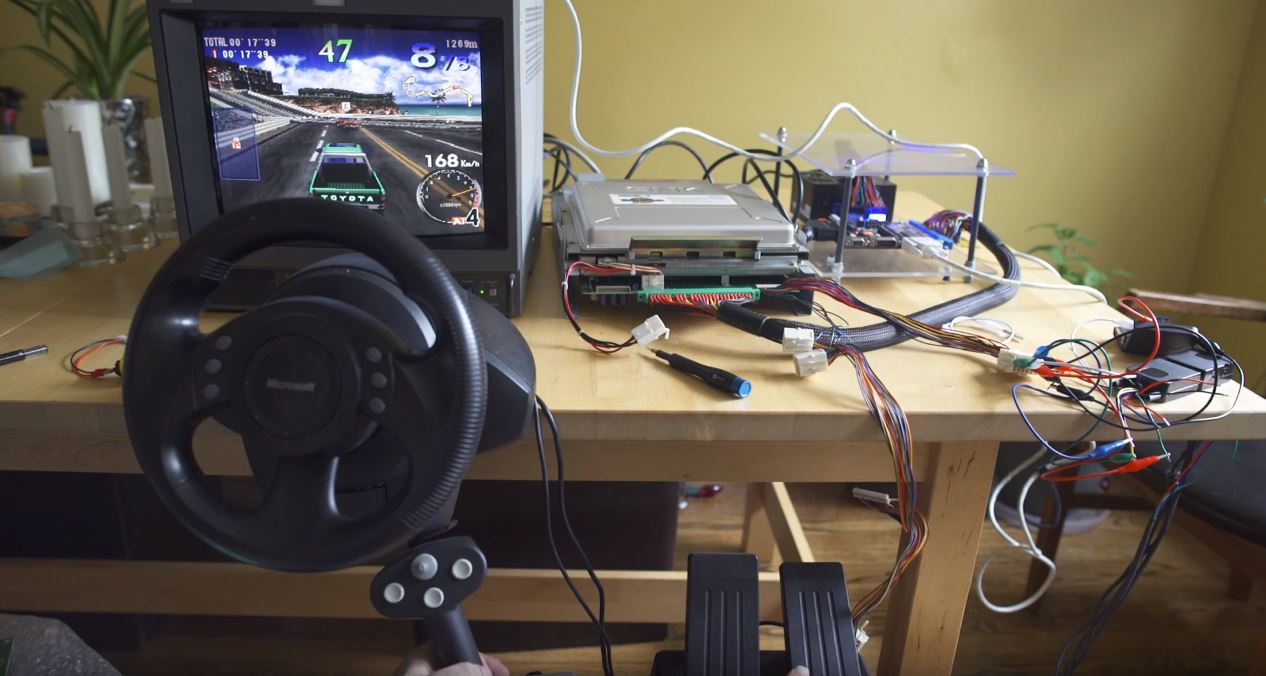 Case in point this is how the controls work when you are playing. Not easy to control and film haha
Reactions: wondermega and Futaleufu
You must log in or register to reply here.