Reports say Rockstar is being pressured to release more games at a faster rate by parent company Take-Two Interactive. 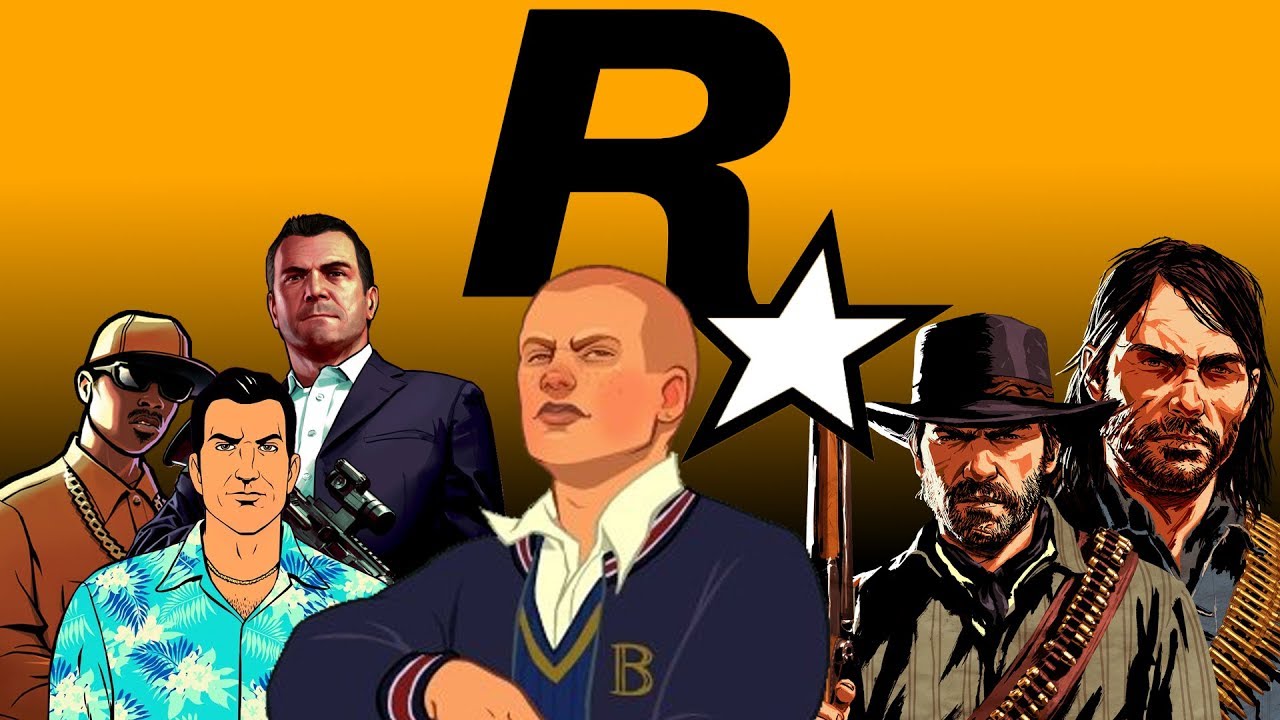 here's some evidence Rockstar could be working on multiple titles. First there's a bunch of Bully 2 rumors and info floating around, but apparently Rockstar gave up on Bully 2 after two years of development.

Then there's Grand Theft Auto 6, which has been teased repeatedly by Take-Two Interactive.

We could also see smaller and more original games fill the gaps in between releases, similar to passion projects like The Warriors, Bully, and the Manhunt series. Rockstar recently conscripted indie studio Ruffian Games to help work on unannounced projects.

Whatever Rockstar is working on next, I doubt Take-Two is pressuring them at all. The company has a lot of moving parts right now and a lot of games are in the works.
Click to expand...

I don't blame them for wanting to capitalize on a PS3-generation game that still makes them all of their money from a business standpoint, but I sure do miss GTA. I'm not their target audience with that online trash.

And I really hope that GTA6 is not a current-gen game, but I hope we see a situation where GTA7 is only a few years behind it at most.
Reactions: iorek21, GenericUser, Captain Hero and 1 other person

They should be able to release at least 2 AAA titles per gen. So one GTA mandatory per gen + RDR or another AAA franchise.
Reactions: IbizaPocholo

id rather they took their sweet ass time and give me perfect games... but a gta each gen should be enough
Reactions: Niked

SuperLupeRap said:
They should be able to release at least 2 AAA titles per gen. So one GTA mandatory per gen + RDR or another AAA franchise.
Click to expand...

its time for Rockstar to go solo, you guys might not know this but strauss zelnick is more greedy than activision ea combined.
Reactions: Niked

Give me Rockstar Games Presents: Table Tennis VR you heathens!

My hopeful wish is that they are secretly producing a NY Noire/Chicago Noire on the side.
Reactions: IbizaPocholo

Settle for Racket Fury in the meantime. It's a damn good table tennis game, especially if you can find the one person who plays online!
Reactions: Wonko_C

This is not good. Rockstar are literally a money machine!

Rockstar are one of the biggest and richest game development companies out. There is no excuse. They could easily put out games more often but they are just greedy bastards. They are milking GTA Online for all it's worth. Since 2013 we've only had RDR2 and i think it's pathetic. With the amount of money they are pulling in they could do some amazing things with it.

After GTA Online I don't really care about GTA anymore. It's clear they no longer care about making it a single player experience. We won't get a Red Dead game for a long time. The only other existing series I would want to see is a new Midnight game. They should invest some money in making new IPs.


Mista said:
This is not good. Rockstar are literally a money machine!

Take Two are to blame for GTA Online.

GTA games were every 4 or so years and they wanted to monetize the series between releases so that's how GTA Online came along.

Now that's not enough for them they want Rockstar to push out more games. They have pockets full of lettuce and somehow it's still not enough. I know they are a business and out to make money but it's kind of sad to see Rockstar go this way. Rockstar are big enough to survive on their own without Take Two and i reckon they should try get away from them.
Last edited: Jan 18, 2020
Reactions: LuisBell and iorek21

Good. I don't want another Rockstar game bloated to the brim with worthless content

I'd really like to see a new Max Payne or a reboot of Manhunt. A dark, brutal, storydriven game with the focus on the singleplayer campaign.
I liked the changes they made with MP3 and it was one of my favorite games in 2012.
Damn ... It's been 8 years now.
Reactions: The Infectious Paradox
B

I know GTA V prints money, but I am surprised they went an entire console generation without a new GTA entry.

A whole console generation without a Grand Theft Auto or proper Gran Turismo.

Don't think many would have predicted that at the beginning of the gen.
G

I'd rather they release something I want to play. The last rockstar game I actually enjoyed was manhunt and warriors. Although I kind of liked red dead redemption and its expansion, but even that experience was somewhat marred by wasting so much god damn time having to ride around. Before that

On the whole I dont like a lot of time wasting fluff in games and rockstar a lot of times packs their games to the gills with that shit and it turns me off. That's why I never finished a GTA game because they are so tedious and they are all pretty much the exact same game just with changed out locations, characters and music.
Reactions: Slings and Arrows and -MD-

Give people something new and exciting, Rockstar.
Reactions: LuisBell

blly155 said:
Rockstar are one of the biggest and richest game development companies out. There is no excuse. They could easily put out games more often but they are just greedy bastards. They are milking GTA Online for all it's worth. Since 2013 we've only had RDR2 and i think it's pathetic. With the amount of money they are pulling in they could do some amazing things with it.
Click to expand...

True. But if your game is still making a boat-load of money after 7 years, would there be an impetus for you to move on?

I would hate for GTA6 to be cross-gen, but with GTA5 being so successful on this gen, and with over 100 million PS4s and 50+million XB1s, it will probably be released as a cross-gen title.

My hopeful wish is that they are secretly producing a NY Noire/Chicago Noire on the side.
Click to expand...

I would love another Noire game. Tweaking things to feel like the city is more alive and add some more objectives. DLC being a brand new Serial Killer to track down every other month!

They could benefit from having to create more focused experiences..
You must log in or register to reply here.

Opinion Game Dev GameInformer: The Version Of Bully 2 You'll Never Get To Play

May 24, 2021 started IbizaPocholo
May 25, 2021
Cravis
Rumor: Rockstar is working on a remaster of all three classic Grand Theft Auto games