Resident Evil series breaks 100 million units sold. Which one is the best?

And why is REmake?

As computed by our pals at VG24/7, it was back at the end of March that Capcom confirmed that its hugely successful Monster Hunter franchise has shipped 63 million copies, the Street Fighter titles have shifted 44 million units, and the collective sales of its Resident Evil titles had topped 98 million as at 31st March, 2020, falling just short of the 100 million milestone.

Not any more, though. Citing the "continued sales growth" of the Resident Evil 2 remake - which has sold over 6.5 million units alone - and the recent success of Resident Evil 3, which has sold two million copies since its release last month, the series has now collectively surpassed 100 million shipped units....
Click to expand...

Started with the first and original Resident Evil in 1996, with a B class film atmosphere, this series has become one of the biggest in gaming history, with all its ups and downs.


Which of the Resident Evil games is the best and why?
Reactions: N1tr0sOx1d3, Cutty Flam and SakkanartSilentJealousy

As much as I fanboy over CV. Remake has got to be one of the best games ever made let alone within the RE catagory.
Reactions: NikuNashi, Cutty Flam, Insane Metal and 3 others

I voted for the original. Technically not the best, but it's the beginning of all, and should be recognized!
Reactions: Cutty Flam, Aidah and Arkam

Remake, the games a timeless classic and I still play it every year almost 20 years after it come out.
Reactions: Cutty Flam
J 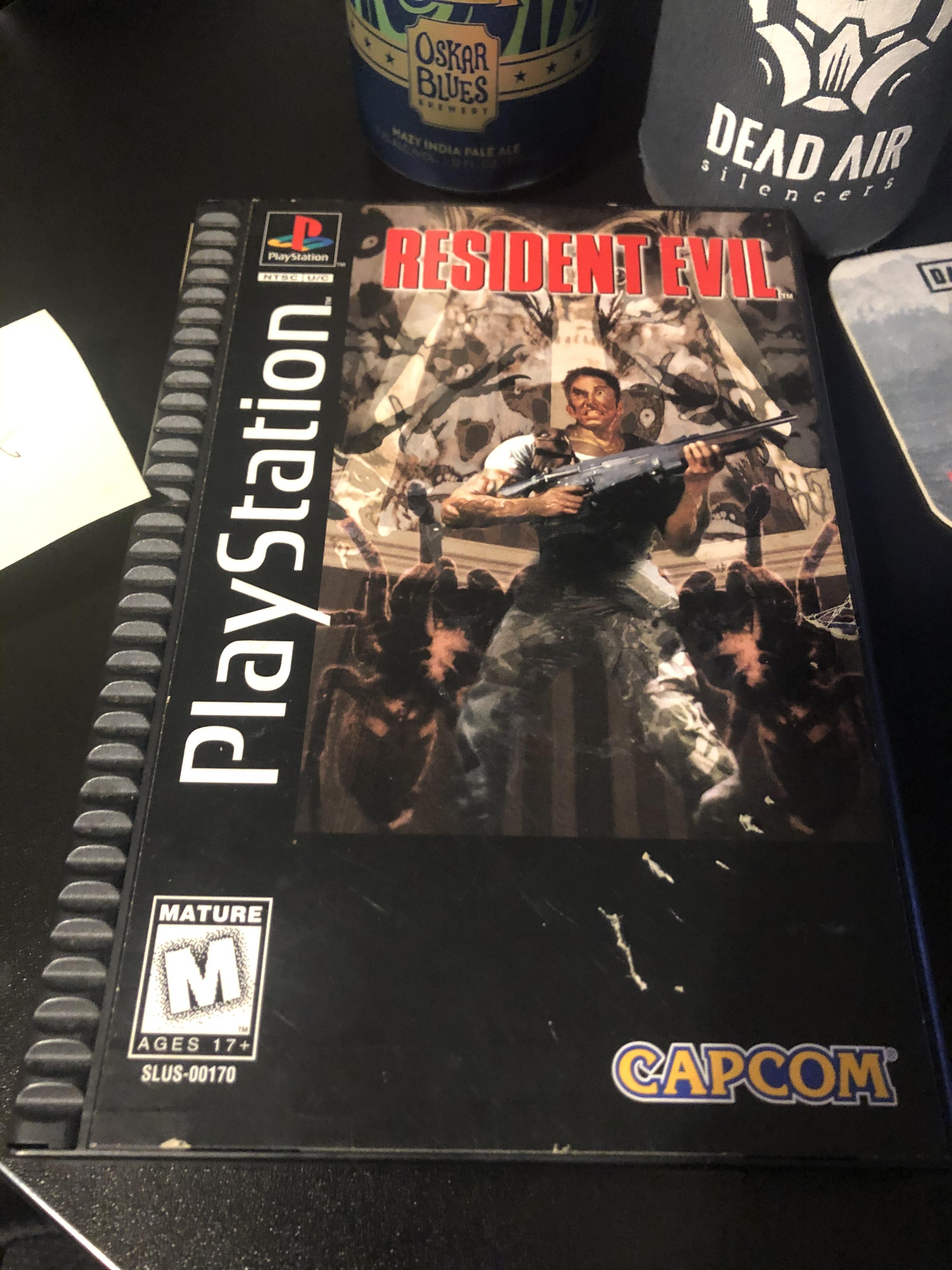 Note: i didn't feel the need to include Resident Evil 1-3 as i feel the remakes make them pretty much obsolete. Just my opinion.
Last edited: May 21, 2020
Reactions: Cutty Flam

They are all great. I was about to list my favorites, but it would be kind of pointless as most of these would make the list.

Also, there are no Revelations here, I'm sure that's part of the 100m.
Last edited: May 21, 2020
Reactions: Cutty Flam and synchronicity
G

It's a coin toss between Remake and 4 for me. Those are the ones I go back to consistently.
Reactions: Cutty Flam and RSB

Resident Evil 3: Nemesis for me. It's everything from the first 2 games dialled up to 11, has the best vilian of the series in the Nemesis, has amazing mechanics like the dodge, branching story paths, ammo crafting, first implementation of Mercenaries Mode and epilogues for all characters in the series after multiple completions.

Add to that, Jill is stuffed to the gills with awesome one liners, mad action heroine antics and sass.

It's bloody awesome and is still to this day in my top 3 games of all time.
Reactions: Cutty Flam and T_LVPL

REmake, followed closely be RE2make and RE7.
Reactions: J-Roderton, Cutty Flam and Moses85

the thing with the first couple or games is they were truly horror games. since 4 they "mostly" been action games. also with the first few the controls were clunky, but it made it more exciting. with todays controller system in Res Evil games its not as hard to aim or run.

for me the First 2 are the best and that includes the remake of the first one to
Reactions: Cutty Flam

Of what I've played. 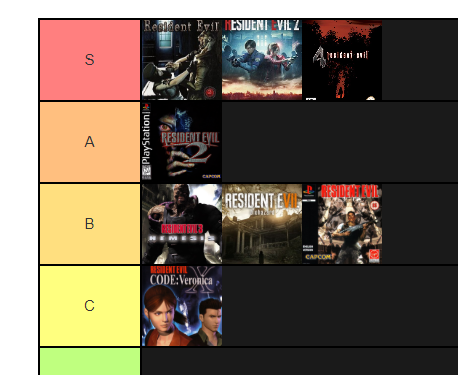 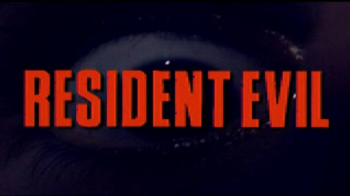 REmake and RE4 are easily the best, but if I have to pick only one, I choose REmake.

Re rebirth
Re2 psx
Re4
Reactions: Damian black and Cutty Flam

BIOHAZARD 1.5
it was absolutely instrumental in helping the series to hit the 100 million mark.....

RE4 is my favourite by far. 5 is the worst, though I haven't played 6 to be fair.
Reactions: Cutty Flam
A

Back in summer 1995, during V-Jump Festival, game-director Mikami Shinji and supervisor Kurokawa Masahiko show their product

Has to be the original for me, but could be any of the first three.

Though RE2 and RE3 add a few extra elements and improve some mechanics/combat, I just adore playing through the first RE. The house is creepy, the music is ominous, the story hasn't reached completely ridiculous levels and a lot of it is still unexplained and mysterious. The remake is perfect too, but I still prefer the original. It was just what we needed after the likes of original Alone in the Dark games and summed up exactly why people needed a PS1 or a 3DFX card for their PC.

If i were to be swayed a little, i'd easily concede RE2 is probably a better game all round. Due to size. scope and sheer amount of content and replayablity. The simple addition of Claire and Leon pushing zombies back after being attacked, stops you experiencing some cheap deaths. Jill's dodge is just a fantastic addition to this and means they could throw harder situations at the player.

CV is cool too, but i prefer fixed perspectives and don't feel CV really adds anything to the series.
Reactions: Cutty Flam
E

REmake! Everything about it is simply perfection. I loved every second of it.
Reactions: Cutty Flam

As a overral game, 4 is the best

But REmake is everything that Resident Evil really represents
Reactions: Cutty Flam

Where my Revelations at? Been playing the hell out of Raid mode last couple of weeks with the online events.
Reactions: Cutty Flam and Doom85


- Yes, I prefer the original RE1 over the remake.
- I think RE4 is massively overrated but still a good game.
- Don't like any others in the series that I haven't mentioned (including the re2 remake. dunno why everyone likes that game).
Last edited: May 21, 2020
Reactions: Cutty Flam and Moses85

We live in a ree world but if someone votes for anything other than:
RE1/Remake
RE2/Remake
RE3
Code Veronica
You lost your minds.

REmake is the best. It's the best "remake" ever, afaic.
Reactions: Moses85, Cutty Flam, Ml33tninja and 1 other person

I voted RE2 Remake. If I wear my nostalgia glasses I would probably vote RE3 (original) but I’m too wise right now to do that. RE7 was good game, worth playing but first person RE is not my

. RE4, obviously great, but departed from much loved 1-3 style. RE1 I only played as remaster on PS4 and it’s a fabulous game, no doubt but it was not remake.
Reactions: Cutty Flam
S

This is something I couldn't answer, because the winners for individual categories are varied. Best I can do is some category winners:

Been playing them since 1996. Easily RE4 for me. I got it from the usual place on Ebay i got my import games, a canadian place, and i had no hype for it whatsoever. thinking it would be average as i knew it was action based instead of slow and menacing. Played about an hour of it thought “it’s alright”, then didn’t play it again for 3 years. 2005 i wasn’t in the right frame of mind for games i was too busy going out to nightclubs and kebab shops. but by 2008 i was back into games and couldn’t believe how brilliant RE4 was and how i waited 3 years to complete it.

REmake is probably the next best and was incredible at the time. but replaying recently it it’s not as good as i remember. personally i like RE2 remake better, and RE3 Nemesis was the best of the PS1 games. End of console-lifespan games are always the most polished. The production values were so good for a PSX game and the boss battles were far better than RE1 and 2.
Last edited: May 21, 2020
Reactions: Cutty Flam

I voted for RE2R. Was never a fan of the series but 7 and RE2R somehow ignited something in me and ever since I'm invested. I went with the second because it's more in style with the series.
Reactions: Cutty Flam, Soodanim and MetalSlug

I don't like the tank games at all.
Reactions: Cutty Flam

I feel like I come to neogaf to vote for RE Remake in every weekly poll and leave.
Reactions: Come On Tars

Capcom pulled off VR with RE7 and it should have been game of the year.
Reactions: Cutty Flam

RE4 !
Hoping for a nice remake.
Reactions: Cutty Flam
E

RE2 (the original), followed by REmake in a close second.
Reactions: LarknThe4th, Cutty Flam and Alphagear

Much respect to the original RE2 (played nonstop over and over that one summer many moons ago) and REmake (still probably the only perfect videogame remake) but I still play RE4 to this day, doing runthroughs with different load outs and shit. Amazing game. Don’t remake it please.
Reactions: Cutty Flam

Resident Evil 4 Wii is my favorite in the franchise.

Love the REmake but can't deny RE4 at its time.

Cant wait for the REmake4
Reactions: LarknThe4th and Cutty Flam

Only the mainline, no Outbreak?
Reactions: Cutty Flam

For me its the original RE2. RE1 remake is up there too.

Don't consider RE4, RE5 and RE6 as Resident Evils. In name only.
Reactions: IDKFA, Cutty Flam, MeatSafeMurderer and 2 others
You must log in or register to reply here.

RESIDENT EVIL - From best to worst