I've said it once, I'll say it again, this work is amazing. Capcom really do not do enough with their 'HD' remakes and ports and this game shows exactly what they could have done to improve the game visually. My deepest appreciation for all your work. I would love to see you work that magic on one of my favourite games of all time if you ever wanted another project.

HERE is a quick little video I made using your texture pack with an experimental version of Reshade that can access the depth buffer for effects like Depth of Field and Ambient Occlusion. Can't wait until this texture project is finally finished so I can do another play through with these added effects. Hopefully it'll look like an entirely new game (with a horribly outdated control scheme).
Last edited: Apr 6, 2018
M

robgrab said:
HERE is a quick little video I made using your texture pack with an experimental version of Reshade that can access the depth buffer for effects like Depth of Field and Ambient Occlusion. Can't wait until this texture project is finally finished so I can do another play through with these added effects. Hopefully it'll look like an entirely new game (with a horribly outdated control scheme).
Click to expand...
Reshade ?

Yes, Reshade, but using an experimental d3d9.dll that grants depth buffer access to games that previously didn't have it. It's being actively developed by a guy who goes by the username thalixte over on the Reshade forums. HERE is a link if you want to follow the progress.

HERE is also a before and after photo album I created to show the differences.

One more update. Enjoy it!

You guys are closing in on the end of this adventure yet? Every update has been a treat, a variable bonanza of beauty.

Looking forward to the day you say "It's done!"
T

I'm happy that people are still dedicated to the series, despite all the BS that Capcom shoves down our throats about the remake of 2 and whatnot.

Percentage wise, how far along is this project?

I'm holding off a new RE4 playthrough until it's completele

Man, every time this thread gets bumped back to the front page it's excitement all over again. Really looking forward to the release. 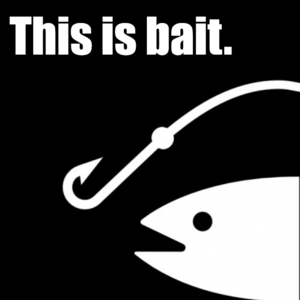 Neat video though, having the depth buffer opens up all sorts of interesting possibilities. Does the AO flicker like the depth-only view does when aiming?
Last edited: Apr 25, 2018

No. The flickering has been fixed in a newer release. Here's what it looks like when everything is working as it should.

robgrab said:
No. The flickering has been fixed in a newer release. Here's what it looks like when everything is working as it should.

Click to expand...
That feels like a new game just by looking at it. The Widescreen mod looks fantastic, bars and all. I'd go as far as assume it would be great for avoiding blind attacks against Leon.
A


I hope you like the changes!
Click to expand...
oooh, the BIG post is coming! hope this means all environment textures will be complete (or maybe it will all be complete? the progress summary page sure is looking good) as i'm really looking forward to playing it again, last time was the gamecube US launch so it's been a while

100% gonna donate to this on release

Howdy. Is it possible to add bump mapping or maybe the game already has it? Just curious.

Amazing! The big post is probably about wraping up the "in progress" maps.
C

Hi everyone! Just wanted to drop this here:

Bring on July 13! Looking amazing guys. It's almost criminal that this is a free DL.

So.. does this mean it's complete and ready to release by the 13th of July? I'm going to scrape together enough to give you the amount of money it would cost me in the US for a full game. that's 65 bucks, once it's completed. You deserve it. You went above and beyond what your original intentions for this project were and for that you should be rewarded.

Anyone who has intent on playing this on PC and use this mod should also throw something your way, if they can.
This looks like a labor of love and passion.
C

Baskin Robbins said:
So.. does this mean it's complete and ready to release by the 13th of July?
Click to expand...
There's a fair amount left: Enemies, NPCs, Playable Characters, weapon textures (the higher res "examine" textures were brought over to the other weapon views, but they haven't received a real HD treatment), etc. Thank you!

Amazing work guys! This is probably the best graphical overall patch i ever seen.
A

I'll wait for the final release. I've been waiting for 4 years, so I can wait a bit longer.

Click to expand...
Congratulations, keep up the great work.
A

Issues Addressed in this Patch:

Rifle (semi-auto w/scope) examine view fix:
The game would crashed when you examined that model.

Silencer (Leon’s Handgun) has been re-included in the inventory:
We originally removed all beta and repeated items in Leon’s inventory “.dat” file in order to gain extra space to store higher polygon versions for the other inventory items. However it seems that some people still use that silencer via a Trainer. No 3D detail of the other models has been lost because of this re-inclusion.

Chinese language fix for the “Got something that might interest you” Merchant cutscene:
The MDT file included in the evd file was wrong and made the game crash when subtitles were ON.

Motion blur restored to default values:
We originally increased the motion blur effect for certain areas of the game to better match the Gamecube version (that effect was more obvious at SD resolutions), but this has caused dizziness for some, and many simply do not prefer it.

New update! This time it's about weapons and items in "Examine" view

The gift that keeps on giving.
C

This is the first time I noticed that the Red 9 actually has a Red 9 on the handle. Now I no longer have to wonder why it has been named that.

You guys should be taken as example on how to deal with patches, updates and so on in this industry (not talking about sheer talent and dedication, that's just mind-blowing).

This just keeps looking better and better with each update.
A

Thank you guys for all the comments! Very impressive, as always.
A

Here goes another one! DD Click to expand...
Please connect that old mans nose! haha. Good work though! It's been off the radar for a bit.

I would be disappointed if at the end capcom doesn't use your mod as the official re 4 hd giving to you the credits.
A

Hello!
Here's another update. Enjoy it! Nice to be back in OG thread. Feels good.

Any surprises for us over Chrismas, A albert_re4hd

the progression post always astound me. this is one of my favorite fan projects

Is there an estimated release date for this?

sol_bad said:
Is there an estimated release date for this?
Click to expand...
Not really. All we really know is that it will be In the new year. There was a big release back in July that contains the majority of texture, geometry, and lighting work done so far, but character models and other improvements are still being worked on. They have most likely been back and refined a lot of areas since the last release too.
A

Ellis said:
Nice to be back in OG thread. Feels good.

Any surprises for us over Chrismas, A albert_re4hd
Click to expand...
Sort of... haha Will this support reshade or other shader injectors.

I've never played the game, but this makes me want to. Very nice!
A