Good amount of people have the game already, is there a general impressions thread coming or will the OT be early ?

If camera rotation is disabled that means that it would play more like RE4 right?

Ellis said:
Good amount of people have the game already, is there a general impressions thread coming or will the OT be early ?
Click to expand...

Finishing up the OT as we speak. Hoping to have it out in a few hours.

I hope I can get the game today.

ArchaeEnkidu said:
Finishing up the OT as we speak. Hoping to have it out in a few hours.
Click to expand...

Awesome. Looking forward to it.


Do we know yet if hints can be disabled without it also turning off the aiming reticle like in the old demo build ?
K

I'm really hoping that claires 1998 top is fixed. They a essentially turned a tshirt into a vest with no sleeves and a boob neckline. How the heck did capon manage to get #PinkShorts correct compared to every other RE2 revisit or flashback that put her in blue shorts, but still managed to mess up the attire is mind-boggling.
M


Do we know yet if hints can be disabled without it also turning off the aiming reticle like in the old demo build ?
Click to expand...

In the options in the demo there was one for the colour of your laser sight. Although it may be an attachment because it wasn't there. So there may be that way around it.

kunonabi said:
nah you could still do it. just have a cursor pop up when you hold the aim button and move it to the body part you want to hit and have the cursor change color when over a weak point if it's obscured. I mean the old games had weak points that you had to aim at manually so it isn't that huge an obstacle to overcome if you put a little work into it.
Click to expand...

Yeah man simple as that! They could totally zip zap that together no problem! I look forward to it being patched in within the next couple of weeks!

Heck up to gaming!

The fixed camera screenshot in the options menu was debunked as fake.
Last edited: Jan 21, 2019

Shifty. said:
The fixed camera screenshot in the options menu was debunked as fake.
Click to expand...

i thought you data mined it as true? that's dissapointing

Kingwingin. said:
i thought you data mined it as true? that's dissapointing
Click to expand...

Kingwingin. said:
i thought you data mined it as true? that's dissapointing
Click to expand...

There's stuff in the exe that points to the possibility of fixed camera being in - a CAMERA_SELECT menu enum alongside a bunch of top-level menu stuff like NEW_GAME and LOAD_GAME, as well as function names that imply the existence of fixed camera objects and their associated trigger volumes.

The screenshot specifically was a hoax to troll Era though. Someone looking to humiliate dusk golem and friends, and boy were they succesful
Last edited: Jan 21, 2019
A

THe data-mining of the demo might have uncovered some development relics.
But still nobody can rule out the fixed camera angle option. Yes it may not have a cat in hell's chance of being included in the game, but you never know...

For starters, see the sketchbook that Leon is given by Elliot. The sketches to the riddles are different from the E3 2018 demo and the final version (since Leon's opening has been leaked, you can see that the E3 demo and final version share the same sketches)
Meaning that the one-shot demo is dating from God knows when....
Last edited: Jan 21, 2019

Aggelos said:
Spiders that appeared in two rooms, a giant moth that was in the lab as an optional battle and wasn't doing much, and crows (2F in the corridor where Mr.X appears) bursting through the windows just to offer a jump-scare.

As for lickers, they are scary and deadly as they are now in this game, so why the need for evolved lickers (like those that appeared in the Lab of the original game)

If you consider that RE7 had only molded and then the Baker family, it's pretty much in the vein of RE7.

There's far a lot added in this remake than what is taken away. People who played the game say that the minor omissions won't take away from the overall experience.
It's probably fans that would get the purist's attitude, thinking that they shouldn't even dared to touch anything from the original. "Just take all the aspects as they were and expand/expound them in this remake." is probably what they were demanding from this remake.
Click to expand...

It's not a purist attitude to be unhappy with cutting enemies while adding nothing new at the same time to make up for it for crying out loud, that's a ridiculous argument. Also given RE7's enemies and enemy variety was probably the biggest criticism I saw for that game, excusing it with "in the vein" of RE7 isn't a good thing either.


Also given that spiders were in RE1, 2, 3, Zero, and Code Veronica, downplaying them being cut as something minor is just silly. They may not be as present as zombies, but they were one of the classic always there enemies like zombies that represents the OG games and something that would be pretty creepy in modern graphics and gameplay. Also they were in 3 rooms, which is the same as Ivy's IIRC.
Last edited: Jan 21, 2019
A

Duskwalker, I will answer that in the OT. Since we officially have an RE2Remake OT here.

I normally play at 100hz but the highest option for RE2 is 60. My monitor doesn't support 120, so maybe it lists only compatible fps?

Bored at work, horned up to the gills

partime said:
I normally play at 100hz but the highest option for RE2 is 60. My monitor doesn't support 120, so maybe it lists only compatible fps?
Click to expand...

Under the FPS setting you should have 30, 60 and variable. Variable is unlocked FPS. Using Afterburner I have my FPS locked to 117 so gsync stays active 100% of the time.
H 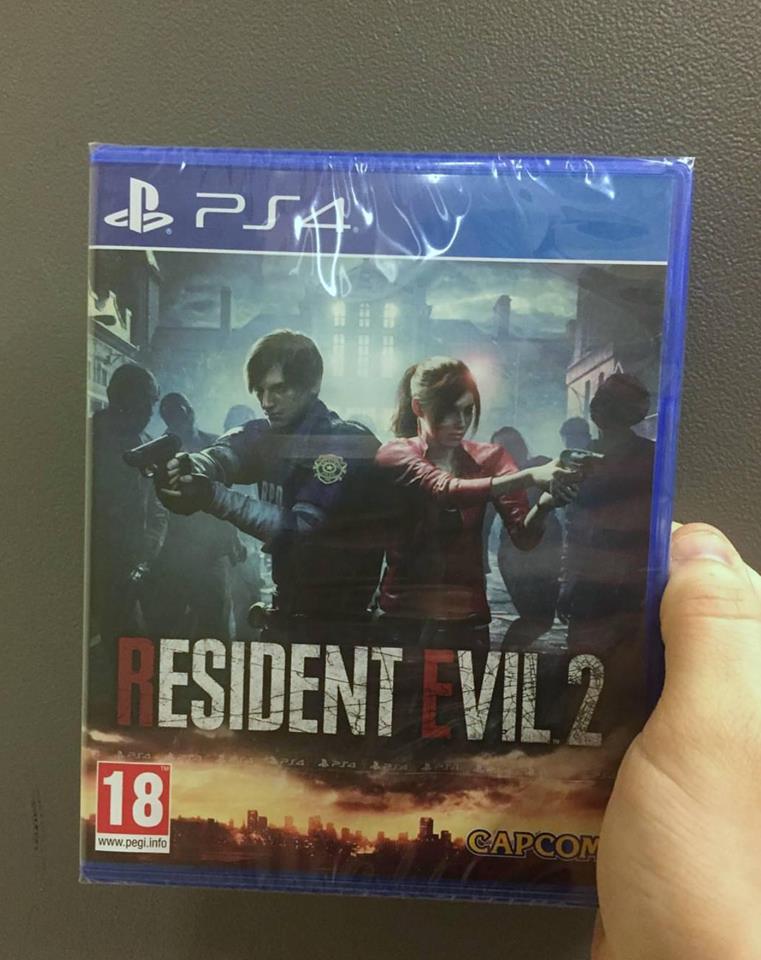 The first review is in Spanish

The soul of the original is present in almost all the moment, with much more scenarios and dialogues.

- Bad effect in "fire" ( which in this review is a Stupid complain)
- Excellent in 4k (xbox one x)
-Same enemies, but with more movements and patterns
- Difficulty as in 1998
- Finally a great survival horror like old time.

I considered Resident evil 2 is one of the best games that i play in my life. I wanna play it again and see if it can replace with the old version.
Last edited: Jan 22, 2019
You must log in or register to reply here.

Capcom: "We viewed Resident Evil 2 and 3 remakes the way Disney does remaking its movies"