Remedy’s AAA game with Epic, which may be Alan Wake 2, ‘is soon entering full production’ 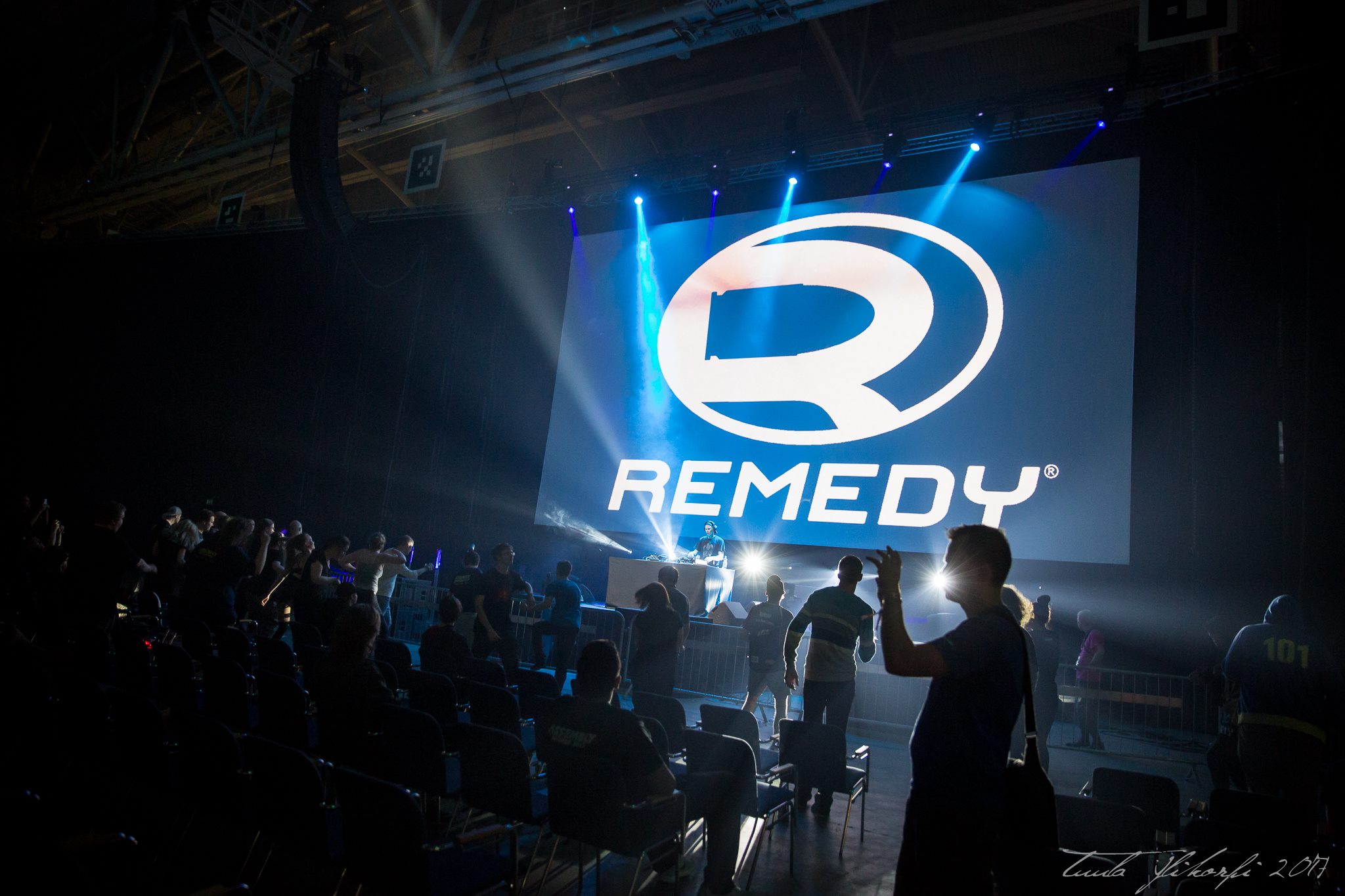 Control studio provides an update on the status of its current projects.
Click to expand...

“Remedy’s AAA game project with Epic Games is soon moving into full production, and the second, smaller-scale game continues in full production mode,” the studio confirmed in a business review published on Wednesday.

It was previously announced that one of the titles was a “AAA multi-platform game”, and that the second one was a “smaller-scale” project set in the same franchise. Both are being developed on Remedy’s proprietary Northlight game engine and tools. Epic Games Publishing will cover up to 100% of development costs and all publishing costs, and will share profits 50/50, once its development costs have been recouped.“

Epic understands what it takes to make a big game,” Remedy’s creative director Sam Lake said when the partnership was announced. “They want to give us full creative freedom.” GamesBeat reporter Jeff Grubb claimed in March that Remedy was going to develop Alan Wake 2, with the sequel set to be published by Epic Games. Remedy also has several other projects in the works. In its business review, it noted that almost all of its internal Control developers are now working on other games, “including a new, exciting early-phase project”.

It added: “The Crossfire team is finalizing the single-player operations for Smilegate’s CrossfireX and Crossfire HD. With both of these games launching in 2021, this is a significant year for Crossfire. “With Vanguard, our free-to-play co-op game project, we have now defined many of the core elements of the game. Development progresses at a good pace, internal playtesting continues, and we are starting the next phase of closed external gameplay testing.”

Remedy previously said Vanguard’s goal is to combine a “long-term” multiplayer experience with its own unique features.
Click to expand...

Where does this leave the consoles?

Shmunter said:
Where does this leave the consoles?
Click to expand...

Epic publishes games on consoles too. The deal is with the publishing business unit and not EGS. There’s probably a clause in there that it has to be exclusive to EGS on PC but the game is probably coming to consoles too.

jakinov said:
Epic publishes games on consoles too. The deal is with the publishing business unit and not EGS. There’s probably a clause in there that it has to be exclusive to EGS on PC but the game is probably coming to consoles too.
Click to expand...

Bro your name is fucked up

Don't worry, Metroid Prime 4 will be out soon to fill in that gap.

Fuck it, at this point I don't care how Alan Wake 2 happens, as long as it's happening.

production is just a phase of the game development cycle they already have over a year of development work on this game. Control was made in 3 years and they expect to release their games pretty frequently by reusing their engine. It could still be 3 or more years away if things don’t go as planned. There are game’s that spend as much as two of they development years before going into “production”


laser_printer said:
Bro your name is fucked up
Click to expand... 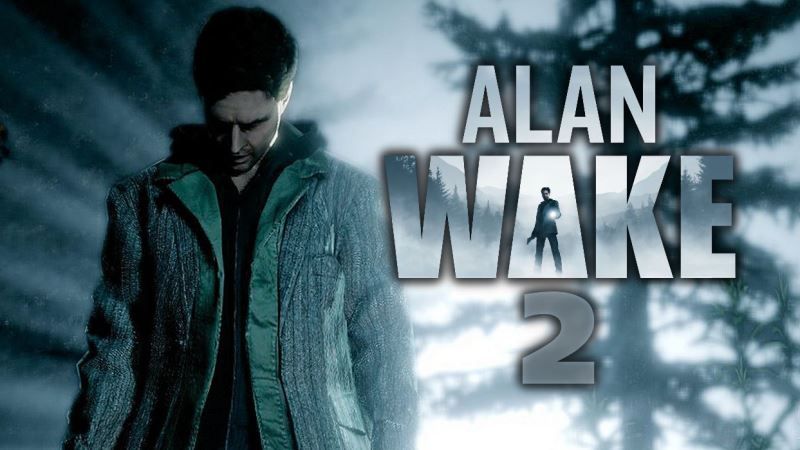 In a new fiscal report, Remedy Entertainment has revealed that Control has surpassed 10 million players and updates on the development of the other projects, the rumored Alan Wake 2, is in full production.
G

Trust no one. Eat steaks.

I though MS owned the IP of this? I'm sure I read a sequel wasn't happening.
V

So, this is going to be full exclusive to EGS, as opposed to the 1 year timed exclusivity moneyhats that Timbo throws around?
R

VolticArchangel said:
So, this is going to be full exclusive to EGS, as opposed to the 1 year timed exclusivity moneyhats that Timbo throws around?
Click to expand...

In a new fiscal report, Remedy Entertainment has revealed that Control has surpassed 10 million players and updates on the development of the other projects, the rumored Alan Wake 2, is in full production.
Click to expand...

Until that releases, I hope they will remaster the first games.

reksveks said:
You would assume so, I am about 90% sure it will be.
Click to expand...

Can't wait for the backlash Timbo the twitter twat, will receive if it ends up full exclusive.

Personally I don't mind it, as it's fully funded by them. Will play it on console or gamepass, but this moron tried to stand on the moral high ground of "wE dOn'T dO fULL eXcLuSiVeS oNLy tImEd, bEcUz cOmpEtiTiOnz!!!" before on twitter or during an interview, so it's going to be glorious.

I played alan wake when it first game out. I wanted to love it but just found the whole experience weird. Not my cup of tea!

Alan wake concept was great until it got butchered and shipped to consoles. The game play was just dreadful.
Hope alan wake 2 will be more interesting.

I'm just wondering how the hell they are gonna continue the series. Felt like they wrote themselves into a corner with the first games ending.

Maybe a new protagonist that investigates the original games events?

Alan Wake had such an amazing map. But instead of focusing on some adventuring and letting us explore the locations and characters it rushed us through everything and just threw mediocre combat at every opportunity.

It could've been one of the best games ever. Such a waste.

After being super disappointed with Control my hype for AW2 is minimal.
Last edited: Aug 15, 2021

Alan Wake was amazing. I tried Control recently, Gameplay was fine, but the setting was just way too weird for my taste. So yea, bring on Alan Wake 2!

They should combine the expertise acquired during Control and Max Payne's development and it will be a guaranteed success story.
Last edited: Aug 15, 2021

I loved Alan Wake so much. Recently played and 100% finished Control and Quantum Break, so I am so ready for more!

Control did a really nice job of setting up Alan Wake 2 by the way, definitely check out the DLC for Control if you haven't yet.

Alan Wake is my favorite remedy game. Im so ready for a new one.

Ah Alan Wake.... Where do I start with you... This game was the one that made me buy a Xbox 360. I remember being floored by the first few trailers. An expansive open world where you fully explore the town of Brightfalls and then at night look for shelter and refuge because at night or in dark places the enemies roam. Huge open world, lots of secrets to discover. I even joined the Remedy forums back in the day. It was so much fun exchanging ideas and coming up with scenarios of how the game was going to be. My imagination ran wild.

And then... Remedy scratched all those ideas and made Alan Wake a linear game with very little exploration. The final result disappointed me so much and it disappointed a big chunk of the forum upon release, the fights were legendary. The only good thing I can say is that I met one of my best friends to this day on that forum.

The only game released so far that came close to being what I had envisioned Alan Wake to be is Deadly Premonition. Which is one of my favorite games ever inspite of the jank.

If Remedy announces Alan Wake 2 I will keep a close eye on it and have an open mind. But that's the one game that to this day hurts my heart when I think about it.

Alan Wake is among one of the greatest games of all times, so I would not mind a sequel.
You must log in or register to reply here.