Quantic Dream's debut title Fahrenheit, or Indigo Prophecy in North America, is getting a 15th-anniversary physical edition for PS4.

The boxed edition is being handled by Meridiem Games and includes a specially created case and sleeve, sticker set, artbook, and a letter from the developers of the game. You'll be able to find the Fahrenheit 15th anniversary edition at retailers in Europe and Australia starting late November for £24.99 / €29.99. A North American release wasn't mentioned in the press release.

Fahrenheit first released back in 2005 for PS2, Xbox, and PC, and a remastered version landed on PS4 in 2016. If you're familiar with Heavy Rain, Beyond Two Souls, or Detroit: Become Human, you already have a general idea of what you're getting into with Fahrenheit. It's a high-quality cinematic experience where you have dialogue options, branching narratives, and quick-time events, and you're even dealing with a murder mystery just like Heavy Rain. Though, while Fahrenheit was well-received at release, you should obviously prepare for a game that looks and plays like it's 15 years old.
Click to expand... 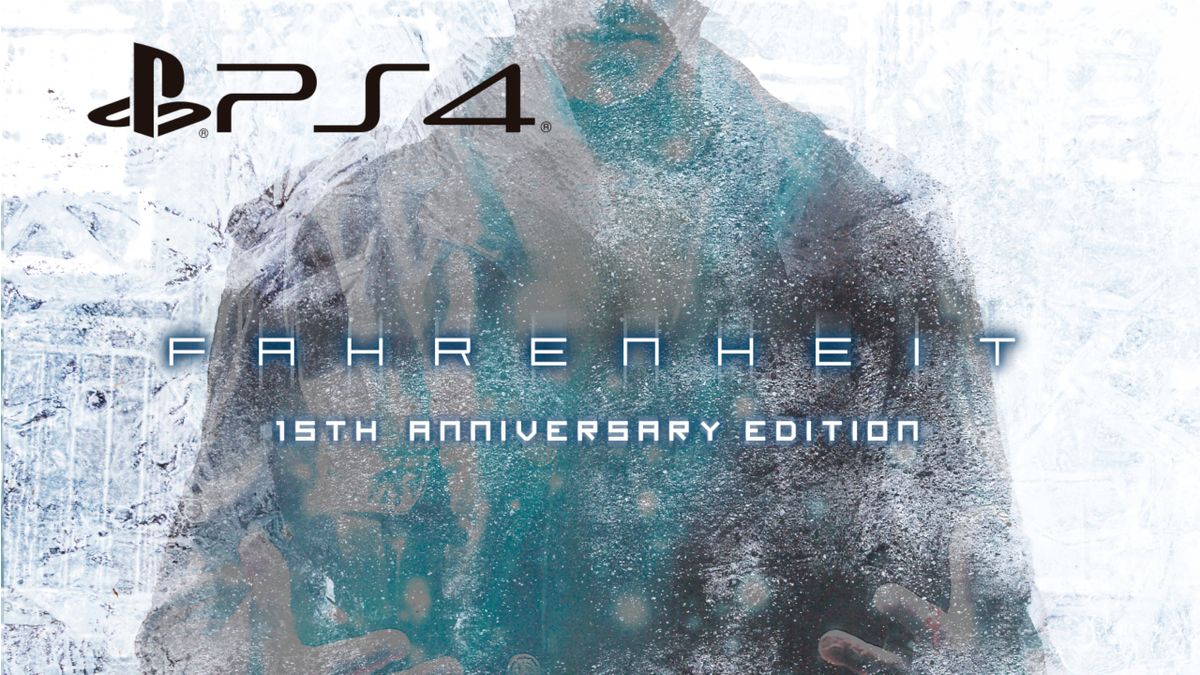 Fahrenheit is also known as Indigo Prophecy in North America

I wonder if this is the HD remaster or the normal PS2 port that you can already buy on PS4 digitally? Fahrenheit is one of my favorite games so I would definitely buy if its the remastered version. It was released on PC some years ago but not on consoles.
Last edited: Sep 26, 2020
Reactions: TeezzyD, Knitted Knight, laynelane and 2 others

This probably is the PS2 game.

FranXico said:
This probably is the PS2 game.

Never played it. Was introduced to QD with Heavy Rain and became a fan. Will definitely pick this up even if it's ancient compared to their newer works.

I loved this game when it came out, I remember importing the UK version to get it early and uncensored. In the context of adventure games at the time, it was so different.

But man, that third act... People talk about Heavy Rain whiffing the ending, but what the actual fuck happens in the last third of this game?
Reactions: zombrex

Harry Tung said:
Never played it. Was introduced to QD with Heavy Rain and became a fan. Will definitely pick this up even if it's ancient compared to their newer works.
Click to expand...

Minority here. But Heavy Rain was easily top 5 of the 7th gen consoles for me. Played it on release day with no hype. 12 hours later I hadn’t stopped playing and beat it. Only time I’ve ever beaten a game like that in one sitting and enjoyed every moment
Reactions: Xaero Gravity and Harry Tung

The game was great until the last half of it. Knowing Sony, its probably going to get censored.

This could use a total remake in their latest engine, and new performance capture.

Do not buy this garbage. Never has a game started so well and completely fallen apart in the plot and game play department. Also its cheap on steam and GoG so you can have buyer's remorse for 1/6th of the price. I wish I still had my PS2 copy so I can snap the disc in half... again!

A North American release wasn't mentioned in the press release.
Click to expand... Indigo Prophecy on physical disc for the PlayStation 4. Region free. This is an open pre-order for a limited time. PREORDERS CLOSE ON SUNDAY, MAY 3RD AT 11:59PM EASTERN TIME Features a reversible cover titled, Fahrenheit. Which cover is sealed outwards has been randomized by the factory. We...

Also, as far as I know, the only version of the game available on PS4 in North America is the emulated PS2 version. See the link from PlayStation Store:

Released as FAHRENHEIT in Europe in 2005, INDIGO PROPHECY is the first INTERACTIVE DRAMA created by QUANTIC DREAM, the makers of HEAVY RAIN and BEYOND TWO SOULS. In this paranormal thriller, New York City is stunned by a series of mysterious murders that follow the same pattern ordinary people...
store.playstation.com

The physical release from Limited Run Games contains this game.

The PS2 emulation on PS4 does offer some level of upscaling and improved frame rates in certain situations, but I wouldn't qualify this as a "remaster". I'm not aware of a truly "remastered" version of the game on PS4, unless it was only released in certain regions and skipped North America altogether.

This is the second physical release of this game on PS4.

Still their best game imo. Most innovative/inventive and flawed but that's part of the charm

MayauMiao said:
The game was great until the last half of it. Knowing Sony, its probably going to get censored.
Click to expand...

Yeah first half this game was unbelievable. I only played it last year so if I played this on PS2 it would have blown me away.
Reactions: quickwhips

One of my favorite older games. The second half is wtf though.

Maddux4164 said:
Minority here. But Heavy Rain was easily top 5 of the 7th gen consoles for me. Played it on release day with no hype. 12 hours later I hadn’t stopped playing and beat it. Only time I’ve ever beaten a game like that in one sitting and enjoyed every moment
Click to expand...

I'm with you there. One of my favorite PS3 games despite the flaws.
H

What a terrible game, the stealth stage in the army base is one of the worst stealth sequences I've ever played.
Reactions: DisguiseArrsick and M1chl
T

I still play my Dreamcast copy from time to time.
It's so janky, has major framerate issues but damn it's good.
Reactions: hariseldon

This game made me laugh several times.
some scene were really bad even at the time of release, must be quite awfull now.

The restroom crime scene showed so much promise for what these games might have been. Too bad that's the pinnacle of David Cage's work.
Reactions: zombrex and hariseldon

The game introduced me to Theory of a Deadman. Later on I would find out they're not a very good band.
You must log in or register to reply here.