PlayStation welcomes Housemarque to the family

Ass of Can Whooping said:
Supermassive has some PS exclusives in their pipeline
Click to expand...

How long is the Bandai deal? I thought its 8 games and they are only releasing the third one this year. Admittedly that could be wrong or the deal could be cancelled.

Link to the ps exclusive story, if so it's a bit less weird.

They also got a stadia exclusive that might be alive or dead
Last edited: Jul 14, 2021
K

James Sawyer Ford said:
You may be right about Evolution. You can never really tell without having first hand knowledge of these situations. However, I think moving to an online-focused social game and a next-gen title was just a difficult transition in general, and maybe Sony should have given them a bit more leash..

I do think "DriveClub" was a mistake (despite ultimately being a good game after the updates). I think that early in a gen it's better to have more conservative titles. They should have made a next-gen MotorStorm title and then added on more social stuff over time. Either way I'm not hugely gutted just because racers really aren't my thing, but I loved the physics based arcadey action they were going for with motorstorm. DriveClub really didn't do much for me in comparison.

"The Order" is a case of a traditional handheld studio (like Bend) with normal AAA growing pains. They went from PSP games to a damn PS4 title. That's not an easy transition. The actual title they made has a very good core - absolutely beautiful, solid mechanics. It just was way too short, lacked too much diversity of gameplay systems and progression, and felt like Gears-lite. I think if Sony had given them a leash as long as they did with Bend to execute ambitiously on their vision, it may have had a much different result. For sure, the Metacritic was embarrassing, but underneath the talent was still there at the studio. All of their handheld God of War games were great.

I guess maybe Sony learned with Bend to be more patient. Thankfully they did not get closed down like RAD and are giving them a chance to grow now that they are "up to speed" on how to make big AAA games.
Click to expand...

SlimySnake said:
this is a good summary of what happened. However, you cannot cut ties with studios because of one bad game. The order was awful. one of the worst games ever because of its lack of gameplay and big focus on cinematics, but thats an easy fix. you sit down those guys and tell them to get their shit together and release a game with more gameplay than cutscenes next time around.

DC wasnt even that bad. it is by no means a 70 metacritic game. it had some online issues at launch but the game ran well, didnt crash and had no bugs other than the online stuff not working. it was pretty much all sorted out within a couple of months and within half a year had sold over 2 million copies. i really dont understand how sony can look at both games and lose confidence. especially when they were selling a record number of ps4s and ps+ subs.

Jim Ryan and Herman Hurst get a lot of blame, but Shawn Layden and Andrew House were no angels either. Sony shutdown Guerrila Cambridge around the same time. What was wrong with KZ vita? definitely a much better game than KZ Shadowfall if they believe in metacritic so much. I think sony was in a weird spot last gen. its almost like they didnt believe in their own studios anymore. Zipper and Incognito were shutdown at the end of the PS3 gen despite the insane reception of the PS4 reveal. Stig and Amy Henning were let go. SSM's game in development for 4 years was cancelled. All under Andrew House and Jack Tretton's watch.

Shawn Layden said something insane like he didnt have any first party online shooters because he didnt want to compete with his third party partners like activision and EA. That is absolutely insane. If that was the thought process behind killing Zipper, GG Cambridge, Incognito and Evolution Studios then I am happy Layden was unceremoniously let go. At least Sony is investing in online shooters again.
Click to expand...

From an Italian interview with one of the leads of the studio, it seems it's RAD who choose to not work with Sony anymore apparently the development of The Order didn't go really well.

Ass of Can Whooping said:
Supermassive has some PS exclusives in their pipeline
Click to expand...

reksveks said:
How long is the Bandai deal? I thought its 8 games and they are only releasing the third one this year. Admittedly that could be wrong or the deal could be cancelled.

Link to the ps exclusive story, if so it's a bit less weird.
Click to expand... 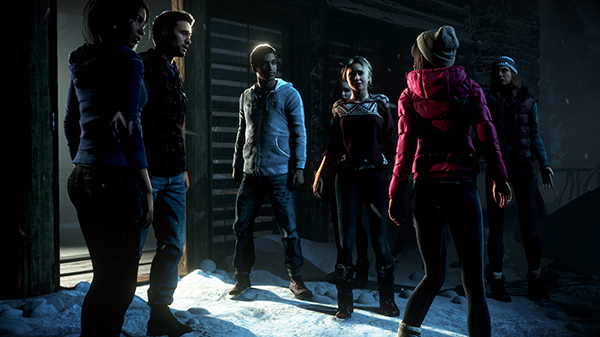 Supermassive Games has a history of working on PlayStation-exclusive projects, with its highest acclaimed title being the 2015-released Until Dawn. Its latest game however, The Dark Pictures: Man of…

8 games, but given how short and budgeted the anthology is i doubt it's using a lot of their manpower
Last edited: Jul 14, 2021

I know that most people really hate the idea of a Last of Us remake and I do understand that as I really wasn't keen on the idea at first.
My wife is playing through the first game at the moment and enjoying it but the more I watch of her playing the more I've changed my mind about of the first game.
It's not long since I completed the second game and that is probably a part of why I've changed my mind. The original game is still fantastic and it's certainly not the visuals that make me interested in a remake, it's more that it just seems incredibly clunky now and that's coming from somebody who has completed it several times now. The more I think about it the more interesting it sounds to me.

I could quite go for native PS5 remakes of all the Uncharted games too.
You must log in or register to reply here.

Returnal Director On 'Incredibly Challenging' Development: 'We Were Just Learning As We Went' (ign)
Opinion News