it's hard to image ....what kind of game they would developme ...

Its all homogenizing baby! Sad

They should get bought by someone else or they will probably go mobile or some sad shit like that. I don't have any particular attachment to any Platinum game but I have friends who are big fans of their output, and it's always sad to see a studio struggling like this. 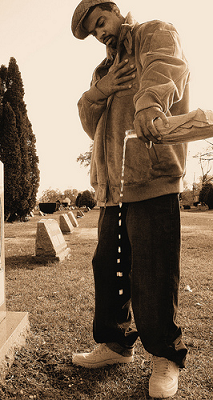 You had a good run guys. Hopefully Bayo3 closes their era of “one-off, well-designed games” with a bang.
Click to expand...

Yep after bay 3 I have 0 confidence.

At first I was disappointed. I love Platinum, they create gameplay focused games like no one else.

But this announcement reminds me of the time Grasshopper killed Lily Bergamo (which was a huge shame) and from it created Let It Die.

While Let It Die wasn’t what I wanted out of Lily Bergamo, it was a very fresh and interesting take on the rogue genre which I thought was burned out at the time, much like I think Live Service is burned out now.

I feel like Platinum deserves the benefit of the doubt more so than most developers.

I think their take on Live Service will be fresh enough to not be disappointing and at least this time it won’t be built on the ashes of another game. (Unless they’re building off Scalebound RIP)

Imagining a Game as Service with elements from Bayonetta, Vanquished, Metal Gear Revengance, or hell even Anarchy Reigns (which was overlooked and interesting as fuck) doesn’t sound bad to me.

I’d buy a couple cosmetics or skins to support them, they’ve never done me wrong this far.

Weird, for the longest time I had this impression that Babylon's Fall was a live service game.

A Warframe-like game from them could be interesting.
M

it has been good having you guys for bayo 1, but i think that's it for me

More and more I'm getting pessimistic about Platinum as a whole. Defend them on the Scalebound situation. Defended their Activision output. But I honestly don't think I can defend them here. Especially with how Babylon's Fall is looking. I'm hoping for the best and I hope Babylon's Fall is amazing but I can't keep excusing Platinum's recent bad decisions. I'm mean their games were peak video games, they are essentially what I loved about videogames. Real talk, I'm kinda pessimistic about Bayo 3.

Babylon's Fall doesn't look exciting (I'm not really sure if it should be treated more like their own greats like The Wonderful 101 or licenced projects for others like Legend of Korra or Transformers: Devastation that could be considered of smaller focus and importance, it could also be a Square Enix demand more than PG), but that has little to do with any GAAS intentions I actually wasn't aware of beyond it having the co-op element. They've otherwise been fairly consistently great not only with their early games but up to recently with Bayonetta 2, NieR: Automata and Astral Chain, I'm sure Bayonetta 3 will be pretty great as well. The difficulty they have had with continuing once doomed series like Bayonetta since its inception shows the market sadly doesn't care for such things unless they have the AAA prowess of a huge marketing machine like Capcom, which also has had trouble continuing stuff like DMC to be honest. With having found success with games like NieR and Astral Chain which are more longform than simple action romps it makes sense they want to have games with more prolonged appeal going forward as well. If it will work out or not remains to be seen but it's hardly worth preemptive damnation, they've done good and might have good ideas up their sleeves once again. The actual quotes presented here don't even really mention live service type games, but I guess that could be one method for prolonging a game's appeal, it's hard to tell from a Japanese interview where nuance and more can be lost in translation. Either way, just buy what looks interesting to you and not what doesn't, committing to a whole company's theoretical output one way or another based on PR tidbits seems quite silly regardles.
Last edited: Feb 8, 2022
You must log in or register to reply here.

DaGwaphics replied
Feb 16, 2022
Platinum says it’s proud of Bayonetta 3 and wants to show it, but the decision is up to publisher Nintendo
2 3