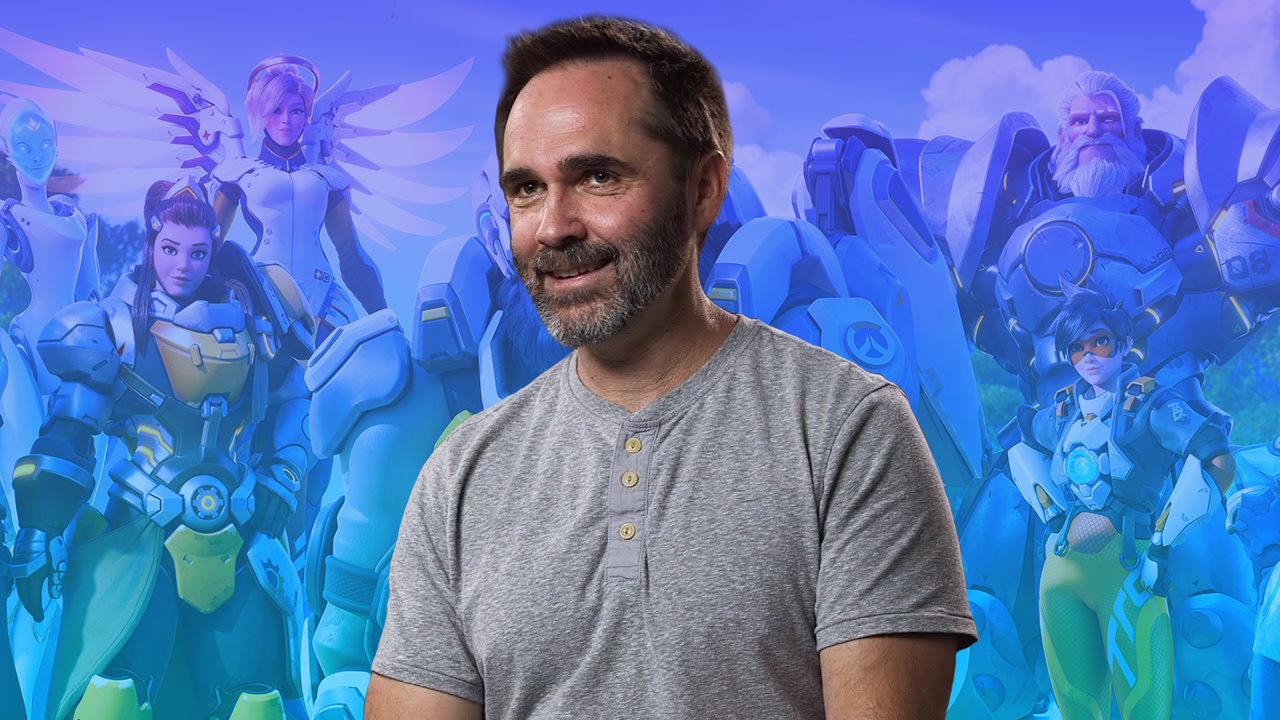 Aaron Keller is a Blizzard veteran, but taking on Overwatch 2's directorial duties may be his biggest challenge yet.

Along with the announcement that Kaplan was leaving came confirmation that Aaron Keller would be taking on directorial responsibilities for the project and the team. While public awareness around Keller might not be on the same level as that of Kaplan, Keller was instrumental in the creation and ongoing development of Overwatch as assistant game director, and the natural choice to step into the role. By Keller's own admission, Kaplan is a tough act to follow, but Keller is anchoring himself to creating the best possible Overwatch sequel that he and the team can make.

Shortly after the announcement of his role as the new director of Overwatch 2, we spoke to Keller about taking on the position, the pressure, priorities, and the path forward. Expectations are high for Overwatch and, even more so for Keller, the community has expectations for his presence as the face of the franchise, so we also talked to him about whether he wants to meet those expectations or approach the position in a new way.

How does it feel to be the director of Overwatch now?

Aaron Keller: Well, it's exciting and it's overwhelming at the same time, but in a good way. The reason that I'm excited to be game director on this project is because I love Overwatch. I love this game. I love the universe that we've created for people. I love the heroes and the locations in it and so, any chance that I get to be able to make any sort of impact on this project, I jump at it. And then I love our team. The Overwatch team is so incredibly talented, they're so passionate about what they're working on, and they're also just really, really great humans.

So, anything that I can do to help in the transition, to help them feel that they're able to be more passionate, more creative, and to put more of themselves in this game, I'll do it.

Yeah, it's really interesting because Jeff will do regular development updates for this project and he would always start them with, "Hi, this is Jeff from the Overwatch team," and as much as he possibly could, he was trying to put the focus of the game on the team and not on himself.

Maybe it's the reality of the way communities form that a lot of times there's someone out in front that you know is the spokesperson, or becomes like the poster person for a particular game or property. But at the same time, this game is built by the team.

Jeff and myself--there are a few ways to look at the position--but one of them is we do the least amount of things for this game. We're not opening up the editor and building characters, or animating them, or building maps for this game. That's everybody on this team, and so I get that from the outside this can look alarming and this can look like the entire team just left, or the vision holder for this game just left, but that's not the case. The team is the one that's carrying the torch forward and they always have been.

The Overwatch team was started in 2013, our senior leadership group are all original members of that team. We have so many people that started this project that are still there and then we have brought so many other people on that are now these incredibly impactful creative members of the team. All of us together are the ones that are bringing this forward and I'm just happy that I'm able to play whatever role in it that I can.

I wish I had positive feeling towards overwatch as a long time player, but I don't hold much faith in Blizzard-Activision.

Now Blizzard can get back to the important business of reimplementing Tracer’s original ass into the game and as many variants of it that will fit into intangible loot boxes.
L

Overwatch 2 is gonna be a joke. Jeff probably saw the writing on the wall and got out while he still could.

They should try and make the focus more on Co-Op PvE like Uprising/Retribution etc.
OW PvP is just a joke by now compared to Y1. Blizzard is very skilled in creating worlds, no one can deny that, but Blizzards issue was and still to this day is maintaining those Worlds.
They always fuck up the balancing at one point and then just spiral into "oh fuck patch it!!!" and never get out of short time viewed patching it.

Yeah, this doesn't bode any kind of confidence in any way from me. Considering how quickly I got burnt out with OW, I don't really think I was super interested in OW2 regardless. But a part of me is always willing to give things a chance.

Now even that is fading quickly.

When Jeff Kaplan left the Overwatch team it sent ripples through the Blizzard community. With Aaron Keller taking on the mantle of Overwatch 2 game director we catch up with him to talk about the game's new modes, the potential for an Overwatch battle pass, and how Aaron feels about trying to fill Kaplan's shoes.
You must log in or register to reply here.

JeremyEtcetera replied
May 21, 2021
Overwatch 2 PvP to be shown next week (2 hr livestream)