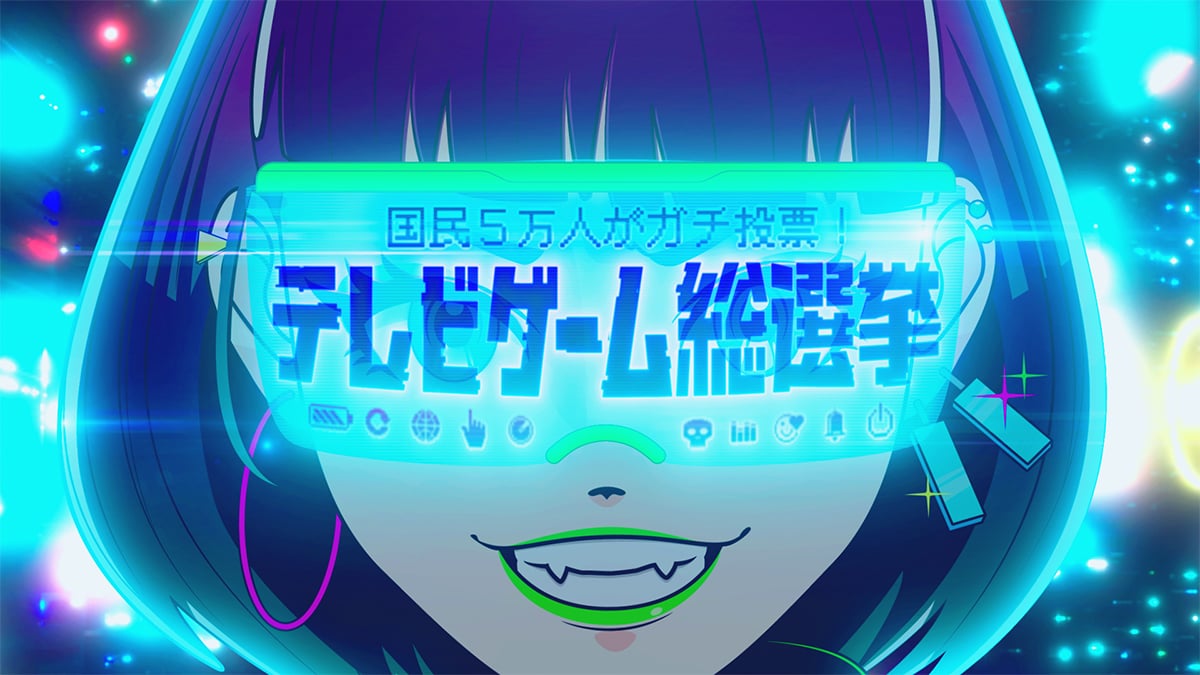 Japanese television network TV Asahi aired the special program "50,000 Users Vote: The TV Game National Poll" today, which announced the results of a poll in which more than 50,000…


Recency bias is wild but man there are some curveballs in here. Apex? Undertale? Kirby?


ranmafan said:
So I was watching my recording of the special last night again today and thought I would add some notes that I’ve noticed many sites haven’t posted about the list. Games were limited to video games on home and portable consoles, and so it looks like cell phone games were not allowed. Which would’ve been interesting had they had as I bet a few games would’ve made it on the list. Every game had at least 30000 units in sales. People voted their top five games and it was on a point system:

Some extra information. Undertale was very popular in the lowest age group, 6th place for boys, 5th for girls. Smash Bros for switch was number one for boys in the kids/teens and twenties group, and girls was not far behind. They also showed a clip of the Nintendo New York showing of the unveil with all the people going crazy to show how popular it is abroad. Dragon quest 3 was number one in the 40s age group with both men and women and almost number one for the 50s and 30s as well. Dq5 was number one in both men and women for the 50s group. Splatoon two was big with kids and twenty. Year olds. Was first place among the girls kids/teens group, and 3rd for girls in the twenties group. The program did not present info on how Zelda breath of the wild did in each group surprisingly. They did show an interesting number though. They interviewed the singer of the mazinger z theme song and showed he had played the game for 3155 hours!

Overall the show was fun to watch. Lots of interviews with game personalities. And even the “talent”’on the shows panel were surprisingly well versed in games.
Click to expand...

No way P4 is better.

Is Apex Legends a typo in there?

amigastar said:
Wow, Dragon Quest V is really high up. I should really play it.
I loved Dragon Quest VII on the 3DS.
Click to expand...

It's the best one. Glad Japan still thinks so.

Deservingly so, the game is pure magical
A

Sit down Japan. You're drunk.

BotW deserves it. I think Zelda has always been less popular in Japan than in the west, so that's pretty cool to see. Or maybe I'm thinking of FF.

a multicultural team of v said:
Edit nevermind missed it
Click to expand...

Biohazard is RE in Japan.

Xenoblade 2 all the way up to 35th place. Even the character artist drew an illustration to celebrate that.

RoadHazard said:
BotW deserves it. I think Zelda has always been less popular in Japan than in the west, so that's pretty cool to see. Or maybe I'm thinking of FF.
Click to expand...

Final Fantasy is more popular there.

Splatoon 2 at number five is the one that's really jumping out at me.

Deservingly so, the game is pure magical
Click to expand...

Yes, and magic is fake shit but botw is real shit. Well not, real shit would serve compost to vegetables. It's just useless shit then.

First souls game is at 39.
Japan doesn't deserve our lord and saviour Miyazaki.

the fuck is mario 64

Was watching the special last night as it aired and many surprises but mostly on the spot. Apex Legends being there isn’t a typo, it’s quite popular here. Same with Undertale. Top ten was pretty much what I expected it to be. Was shocked not to super Mario bros on the list or even fortnite, but the fortnite boom has ended here lately. Was glad to see Fire Emblem Three houses so high. They made a point once again that the series is more popular with women and all. Probably something that people screaming about the fan service in the game in the west would be surprised to here. Also Mother and Mother 2 on the list, but not
mother 3. I guess the hype that the third game is so huge here is overblown by fans of the series. Still overall a nice list and really does reflect Japanese opinions on games over the years.

This is like if you polled a random 50,000 in the US. Half the list would be stuff like Fortnite, Call of Duty, Dark Souls, and Madden.

Number 1 is the only one that got the right position.

Yeah. Currently playing it and it's awesome. Not a big fan of Breath of the Wild, though. Maybe i should give it another try.
Last edited: Dec 28, 2021
V

The only real surprise in my eyes was no Wii Sports. Also there's not as much representation for the DS or Wii as I'd expect.

Vandole said:
The only real surprise in my eyes was no Wii Sports. Also there's not as much representation for the DS or Wii as I'd expect.
Click to expand...

Wii sports missing is a bit surprising. Of course the game wasn’t bundled with the system in Japan and like a lot of Wii games kinda has gotten forgotten as time has passed.

Apex Legends is a great multiplayer game. Interesting to see it rated so highly considering the type of game and demographic.
Last edited: Dec 28, 2021

I mean, say what you want about rankings, but that is actually really good list with many, many great games.

There exist thousands of games, so even Persona 3 is ranked extremely high.

Pool from Djibouti next pls

PSYGN said:
Apex Legends is a great multiplayer game. Interesting to see it rated so highly considering the type of game and demographic.
Click to expand...

Yeah its quite popular here, especially with he esports crowd. Talking with some of my fellow teachers here, they say a large amount of their students from elementary through high school play the game. Whenever there is news on the game its usually trending on twitter in Japan. While I'm surprised at how high it got on the list, I'm not surprised at its inclusion on the list like others are.

I have noticed that BotW seems to appeal to a wider audience. Personally I don’t care for it, and for me there’s no comparing to Chrono Trigger. I haven’t tried DQ5, is it really that good? I thought DQ9 was decent, but I probably would have liked it a lot more in my younger days

I'm really Happy to see my Fire Emblem 4 made it! I know there's some love for this game there, but I thought it was only a niche, having it up at the 94th place is really nice to see.

Mista K said:
I have noticed that BotW seems to appeal to a wider audience. Personally I don’t care for it, and for me there’s no comparing to Chrono Trigger. I haven’t tried DQ5, is it really that good? I thought DQ9 was decent, but I probably would have liked it a lot more in my younger days
Click to expand...

DQV had the best story in 16-bit gaming, and the improvements that were made for the DS/mobile versions made the game even better.

That said it's not a top 5 game of all time. It has a few new features, but aside from the story it's a pretty typical turn-based RPG of the time. The nostalgia glow is strong with that one. Still, I would recommend you giving it a go if you like 16 bit jrpgs.

Pretty good list to be honest. It's the ranking which is odd.

We all know entitled zoomers were responsible for most votes anyway.

No Phantasy Star, no Shining Force, no Dark Cloud, no Parasite Eve, and a lot of zoom zoom titles in the list?
Yeah, screw that list.

Honestly what a trash list. This is akin to a western top 100 list being full of shooters, sports games and GTA.

What were the age demographics of we’re talking “all time”?
You must log in or register to reply here.

U Can Beat Videgames - Anyone else watch this channel?
Retro