i dig it, can't wait to see the official look they want to go with.

RoboFu said:
Why do people think he is a great actor?
X-men and Star Wars he was pretty bad. Maybe a little better in ex machina , wasn’t that Jurassic park movie. Lol
Click to expand...

How about Sucker Punch? That was an Oscar worthy performance.

If you're serious (hard to tell around here):

A great choice in my opinion. Great actor and more than a passing resemblance to Snake.

Now they should get Samuel L Jackson to play Ocelot and John Cho to play Otacon to abide by Hollywood 2020 on-screen representation standards.

Weird picking a midget for the role, but it will be easier for him to hide inside those cardboard boxes.

quick sidebar... we are all on the same page that this movie is probably going to suck, right?

Kev Kev said:
quick sidebar... we are all on the same page that this movie is probably going to suck, right?
Click to expand...

I hope not. Kong: Skull Island was fun.

Metal Gear Solid does not need a movie. It is already a movie with the an awesome slice of gaming on the side. Why would I go to a cinema stream a 2-3 hour cutscene, when MGS4 has 3 hour cutscenes between every 2 minutes of gameplay?

Kev Kev said:
quick sidebar... we are all on the same page that this movie is probably going to suck, right?
Click to expand...

normally i would agree with you but if you hear the director talk about it, i think it has a chance, he seems like a great fit and is actually a huge fan of the source material. It seems he actually understands what makes Metal Gear Solid so unique and interesting.

Wow, Nice chose. Does he know anything about the video game?

He too old now maybe if it was 15 years ago sure.

as a lotino i really dont like this sorry but i was specting a white person to do this. some one like him: 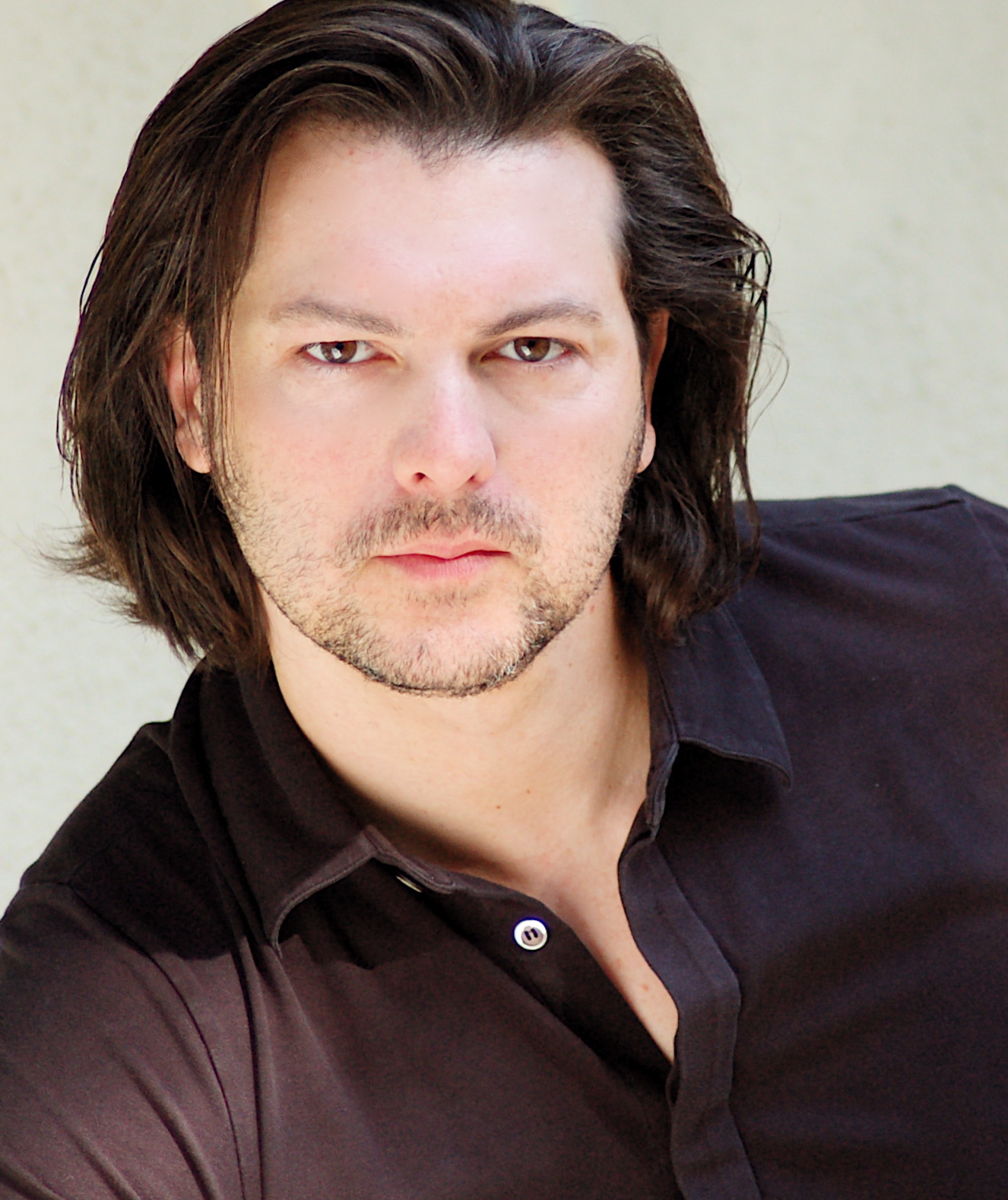 He was awful in Star Wars but that likely wasn't his fault - fingers crossed this is good, an MGS film has the potential to be great fun

so wait, doesnt that mean he’ll also play Liquid Snake as well? or they gonna just have some other actor do it

I see it working as Old Snake - or old version of Big Boss...but Solid Snake?

I can't imagine this being good. He's not tall enough and doesn't have the right voice. Suits these days think checking off like 2 boxes is enough.

Also when these kinds of developments happen on Twitter, it's not a good sign. A lot of shows/movies suck because everyone making them is too busy caring what people on Twitter think.

Great casting. I was worried it would be Elliot Page.

I've been begging for a Metal Gear Solid movie since 1998's, finally my dream will come true. Thanks, Sony Pictures!

Dave_at_Home said:
Does anyone know the question asked that made him say he wants to play Snake? Link to full interview?
Click to expand...

He was asked what video game movie he would like to be in if I remember right. I'm going to be a bit disappointed if he doesn't play Liquid and Big Boss too. I don't think he will but it would be great.

I hope we get Metal Gear anime too:

Christian Bale would've been better. Even Tom Cruise 15 years ago, or even better Clint Eastwood 50 years ago, man that would've have been something. Oscar looks like an ant - he doesn't have the physical stature, can't see him pull it off and being a latino makes his complexion too dark I believe.

Idk, he better bulk up. His roles in Annihilation and Triple Frontier showed he has what it takes to play a convincing operator and has been a proven oscar worthy caliber actor given the right material...but he definitely doesn't look like the tall, broad shouldered, chiseled solid snake we all love. I truly hope this turns out great I have such high hopes with Roberts enthusiasm and clear knowledge of the series and he seems to have a real grasp on what it takes to direct a great videogame adaption and I believe he has developed a personal relationship with kojima . That being said, the writer hasn't written anything I would say gives him the right to do this massive adaption but perhaps he too is a huge fan of the series. Avi Arad is not a.terrible producer and he just won an oscar for Into The Spider-Verse so give him a break at least.


I am also hoping they give us a great adaption that totally stands on its own while totally capturing tone of the games. Military realism mixed with sort of a sci-fi/fantasy mix. Pleasseeeeeee get it right.
Last edited: Dec 5, 2020

well, tbh i’m not surprise if they cast Raiden as woman. I remembered in the shit people said about feminine Raiden in MGS2.

SCB3 said:
David Hayter getting screwed out of being snake again
Click to expand...

He needs to be in some way on the movie

Movie has a chance now we know game movies aren’t successful they’re gonna try to take his role from Bourne and apply it to this metal gear movie, some of that Star Wars mojo.

Wasn't the rumor that this movie was its own thing and not an adaption of any game?

deriks said:
He needs to be in some way on the movie
Click to expand...

He could help with the script, I mean that is one of his jobs (he wrote X-Men 1 and 2)

Badenergytroll said:
Wasn't the rumor that this movie was its own thing and not an adaption of any game?
Click to expand...

I have a feeling that it will take elements from many games. It might be like MGS1 but with elements from the 1987 game.
Last edited: Dec 5, 2020

PaintTinJr said:
Him pitching himself sounds good - because it then suggests he doesn't need the entire backstory explained to him which is massive - as he's probably played all the games; especially as he made the distinction of which snake he wanted to play.

I guess this how Sony sign off on getting 8K cinema grade assets for UE5 nanite/Atom view tech for a PS5 game, cinema picks up the tab for the background stuff, and gaming does the extras to make stunning game/s.
Click to expand...

He said "snake". I bet he doesn't know the difference between solid snake and big boss.

Can’t wait he looks the part and can act.

MastaKiiLA said:
Eric Bana makes Keanu Reeves look charismatic. I'm probably coming off as a real jerk in this thread, but I seriously wonder how many movies some gamers actually watch. I have the fortune/misfortune of having watched more than I can count, and some of these suggestions just seem ill-advised, to put it politely. Has anyone come away from an Eric Bana performance and felt that he contributed to the movie in a positive way? I certainly can't mention a single Bana role that was even decent. Nero in Star Trek was probably his best, and he was extremely limited in speaking parts in that movie. For very good reasons too.
Click to expand...

Stiflers Mom said:
But he got a bigger cock than you.
Click to expand...

Nobody cares how solid his snake his. He needs to look the part.

Dr_Salt said:
He said "snake". I bet he doesn't know the difference between solid snake and big boss.
Click to expand...

Well I was cynical at first.. but after some nternal kneejerk reactions and seeing his sincere heartfelt interaction/response in that clip I'm okay with this. Point is, the end result (movie) would probably suck anyways so I cant help feeling but apathy towards it all.. : (

Dr_Salt said:
Oscar Isaac is a great actor but he doesn't look anything like Solid Snake. Bad casting imo.
Click to expand...

He looks like a pretty convincing Big Boss with the beard though.

Too old, but they said the movie will span across all the series timeline
He could play an older Big Boss

The problem is Isaac as Solid, even at his best it's hard to imagine much more than a not so resembling cosplayer

100% true look is not everything, acting is infinitely more important ( the reason why I think Eastwood would be a bad choice) but you also need to mantain an aesthetic fidelity

One thing is, for example, bringing on screen a novel 's character, who maybe has never been on the screen, but a main character from one of the most important franchises ever is completely different

Collin said:
so wait, doesnt that mean he’ll also play Liquid Snake as well? or they gonna just have some other actor do it
Click to expand...

No faith in this project at all
Click to expand...

Are we really saying someone can’t play the part because they aren’t tall enough? Wtf lol. You guys have heard of camera angles, right? And like, how often do you think about Snake’s height when you play Metal Gear? How much would you think about it while watching the movie? He’s not exactly Peter Dinklage.

Doesn't feel right to me. Either way, if it's happening, I'll strap in and see what they come up with.

begotten said:
Now they should get Samuel L Jackson to play Ocelot and John Cho to play Otacon to abide by Hollywood 2020 on-screen representation standards.
Click to expand...

There are too many fucking nukes on this motherfucking island.
T

I don't mind the choice, but it wouldn't have been my first. I've enjoyed some of his performances, but he's not an actor I've ever been hugely crazy about. He was really good in A Most Violent Year.

I can see him pulling it off, it's just whether everything else works as well. I feel like a Metal Gear film will be hard to get right. I'll watch it either way. I just wish Video Game films came out better, a lot of them turn out to be disappointing.

Great actor but...he's not that Sawyer from Lost fella.
You must log in or register to reply here.

YeulEmeralda replied
Mar 23, 2022
The long ladder in Metal Gear Solid 3: Snake Eater is great and all, but here’s how to skip it
Retro Trailer