Once and for all, which Sonic game is the best ? [poll inside]

I honestly don't have a favorite Sonic game. I've played Sonic Colors, If I were to choose, though, I'd choose Shadow the Hedgehog, I like how SEGA was able to take on putting Sonic in the world of Camelot, & the ending (I won't reveal the ending, it's a huge spoiler!) was a huge plot twist I didn't expect. Also, the music was fantastic: I loved the Misty Lake music & the song With Me that played during the final boss! Shadow the Hedgehog...the only misgiving I have about that one is the fact that you have to obtain 10 endings before getting the Last Story, but otherwise, I like that Shadow got a self-titled game revolving around him. He's my favorite character too. As for Sonic '06, I'm putting this on my post because even though people gripe about how it was one of the worst games created, the music was fantastic. My favorite in the soundtrack was the music for the final battle against Solaris, along with the End of the World soundtrack. There are 7 versions of End of the World: my favorites are Tails, Amy, & Shadow's versions. By the way, please don't gripe to me about how Sonic '06 is bad, I get enough of it from reading YouTube comments, & I love the music.

So feel free to state your favorite Sonic Game. But if your favorite is a game released after Sonic Colors, then feel free to say so! Also, the poll is optional: you don't have to answer it, but I'd prefer if you do, because I want to see what you like!

Adventure (though maybe its nostalgia speaking) then Sonic 3, 1, 2, 3D Blast (Saturn version), CD, Mania and the rest can fuck off.

Mania is better than a lot of these games tho

Sonic The Hedgehog on the Sega Master System.

I could say 2 because it's just awesome stuff, but 3 has graphics, sound and level design that made the ground up for Sonic forever. And even has a DLC (& Knuckles) before was really a thing

But my personal favorite is Sonic 3

Birdo said:
Sonic The Hedgehog on the Sega Master System.
Click to expand...

I should clarify I meant the megadrive one but, respect

Very difficult to choose between Sonic (1) and Sonic 2, but Sonic 2 wins for me. The spin dash is such a welcome addition and the music is slightly better, but both games are masterpieces. Don't care much about any of the other games though to be honest. (Yeah, I've tried them all)
Last edited: Jun 14, 2021

I am the only one but 3d blast was so fun. it looked great at the time and the sounds are so arcadey

rofif said:
I am the only one but 3d blast was so fun. it looked great at the time and the sounds are so arcadey
Click to expand...

Never actually understood the love for Sonic 2. Sonic 3 and even 1 are superior, than 2, in my opinion. First one for the level design and overall difficulty and 3 for the music. And we even are not talking about Sonic 3+K !

As for nowerdays, really enjoy Mania. I think it's complex and balanced iteration of classic 2d Sonic games.

Sonic 3 and Knuckles, no contest. 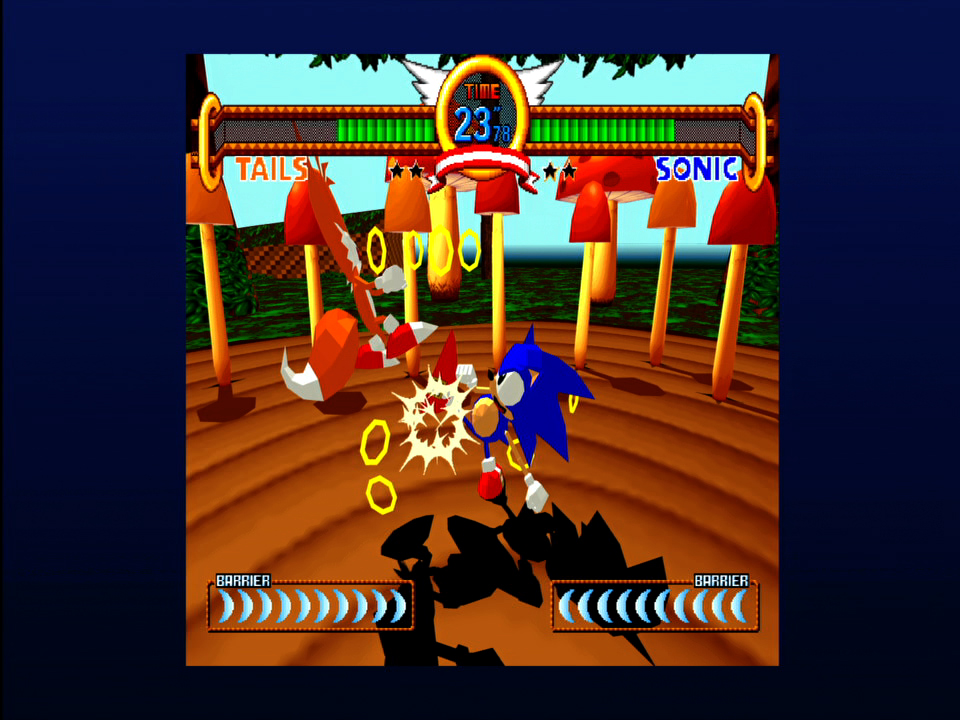 We need to call the ambulance. Two people had a stroke and hit 2006 on the way down.

I only played the one included with my sega master system 2 plus, the one that has the under water sections with the air bubbles, i think it was sonic 2 but i'm not sure.

2 is a great game but I played it to death as a kid. I can't play that shit anymore.

Voted 3. Superb music & visuals. Very fast pace if you want to blast through a level but also still plenty of hidden secrets if you want to slow down & explore. The only flaw is that the Super Sonic theme sucks & overrides the much better zone themes.

Sonic Adventure is close there despite not aging well.

For me, it will ALWAYS be Sonic Adventure. I love the original, Sonic 3 + Knuckles, and Sonic Adventure 2, but the original Adventure is just so special to me. I love the 6 campaigns, the soundtrack, the way Sonic translated to 3D, and I honestly still remember the first time I ever saw it in a demo kiosk at Epcot. When I held the weirdly awesome DC controller, everything just clicked for me and I was addicted. The only thing on my mind for the next few months was how I needed a Dreamcast to play this. To this day, getting that Sonic Adventure Dreamcast bundle and immediately going home to play is one of my favorite gaming memories. Sorry for longish post, but I had to. Its not a perfect game, but it doesn't matter to me.

I think Generations was my favorite

Sonic 1. Still my favorite in terms of level design and it still has the best soundtrack imo.

The level design takes what Sonic 2 gave it and keeps it focused. Not every second is moving at top speed but when you are, the levels are designed to stop you without it feeling intrusive (random trap or spring or enemy). Levels have multiple paths and each path doesn't feel like a better path than others, so it's fun to take any. No sudden bullshit levels (looking at you Metropolis zone) and more focus on levels being fun over levels being spectacle.

Sonic 2, or Sonic Adventure 2 I guess.... Hard to say, a lot of the sonic games bring very different things to the table. A lot of them just really aren't similar enough to compare and easily choose a favorite.

Sonic 1. At least it's the only one that I still play every few years. Sonic 2 is good also. I was over it by the time Sonic 3/Knuckles released, though I love the Chaos emerald levels in those games. The bonus game with the Sonic 1 (or 2) cart plugged into Sonic&Knuckles was an awesome addition. I think you needed to press ABC at the same time and it sent you to the Sonic 3 bonus stage game.

Sonic Adventure on the DC (any platform really) is a mess that was created in the bowels of Hell.

Sonic Lost World I thought was a step in the right direction (when it works). The game is still a bit of a mess though most of the time.

Also, the music from Labyrinth Zone in Sonic 1 is easily my favorite Sonic music. So damn catchy, takes me back...

You left out Sonic Rush.

This WILL be the best Sonic game if its ever finished..

Orta said:
This WILL be the best Sonic game if its ever finished..

Man, stuff like this just boggles the mind. You'd think Sega would be competent enough to make something like this for easy money.

I'm happy to see I wasn't the only Sonic 2 vote. I loved that game to death. Sonic 3 was good, but not as good. Sonic 1 was the OG, but Naka stuck gold with Sonic 2. It was just perfect.

Sonic 3 and Knucles. The best Sonic splitted in two for time and space reasons, but still the best.

Generations is the one I had the most fun with.

Stranger of Paradise: Final Fantasy Origins is my favorite.

They really dived deep into the Chaos storyline.

I chose Sonic 2, but Sonic Mania and the first two of Sumo's Sonic racing games are better than anything on your list imho!

BabyYoda said:
I chose Sonic 2, but Sonic Mania and the first two of Sumo's Sonic racing games are better than anything on your list imho!
Click to expand...

Sonic Heroes is my favorite, but of the ones you listed, Sonic 3 & Knuckles

Sonic 1. It has everything that’s good (?) about Sonic without the bs level design and enemy placement introduced in 2. Not a great game, but I could force myself to finish it once at least.
M

What’s the one where he has a bestial romance with a human?

DonkeyPunchJr said:
What’s the one where he has a bestial romance with a human?
Click to expand...

Technically there's two of those.
You must log in or register to reply here.

Thabass replied
Jun 28, 2022
Sega Genesis and NEC TurboGrafX were around even until Sonic came out.
2