Older Video games you wish they would rerelease/remaster physically and digitally across all current consoles/PC?

Will add more later as I remember them.
Last edited: Jul 14, 2021
Reactions: killatopak, Aldynes, Belmonte and 4 others

i agree with those +

but PS4/5 exclusives not across all current consoles

Imagine a Bluepoint level remake of the original Splinter Cell trilogy including the online.
Reactions: SynTha1, Aldynes, corey99699 and 2 others

Games that were on the Neo Geo CD, Sega Saturn, and the Sega CD

Rerelease on PC = everyone. Remasters only 2D games would be very welcome.

It a frigging crime that the original release isn't available anywhere. PS3 had the god awful director's cut (dual shock edition). EU bros got the better OG Director's Cut with the OG OST.

REmake is great but the OG 96 release is just as good in every way. I actually prefer it and the tank controls are better in the 96 version than in REmake. REmake tank controls feel incredibly floaty. Like you're controlling a boat and the updated controls break the game in terms of combat, though I do appreciate them being added cause it allowed more people to actually experience the game and enjoy it on their own terms.

We as a gaming community should be ashamed that so many people have it in their heads that the original RE is somehow unplayable by modern standards. The game is seriously flawless when it comes to actual gameplay.
Reactions: Aldynes, molasar and Kuranghi

Remake all the PS1 and PS2 games that were critically acclaimed. Can't believe Demon Souls got a Remake even though its from last gen (yes PS5 is too new as of yet). Think about PS3 at PS7 or some shit.
Last edited: Jul 14, 2021

Only the third? Come on...
Reactions: SynTha1 and Saint Boot

For me always will be Resident Evil Outbreak File #1 & #2. The games were way ahead of their time. 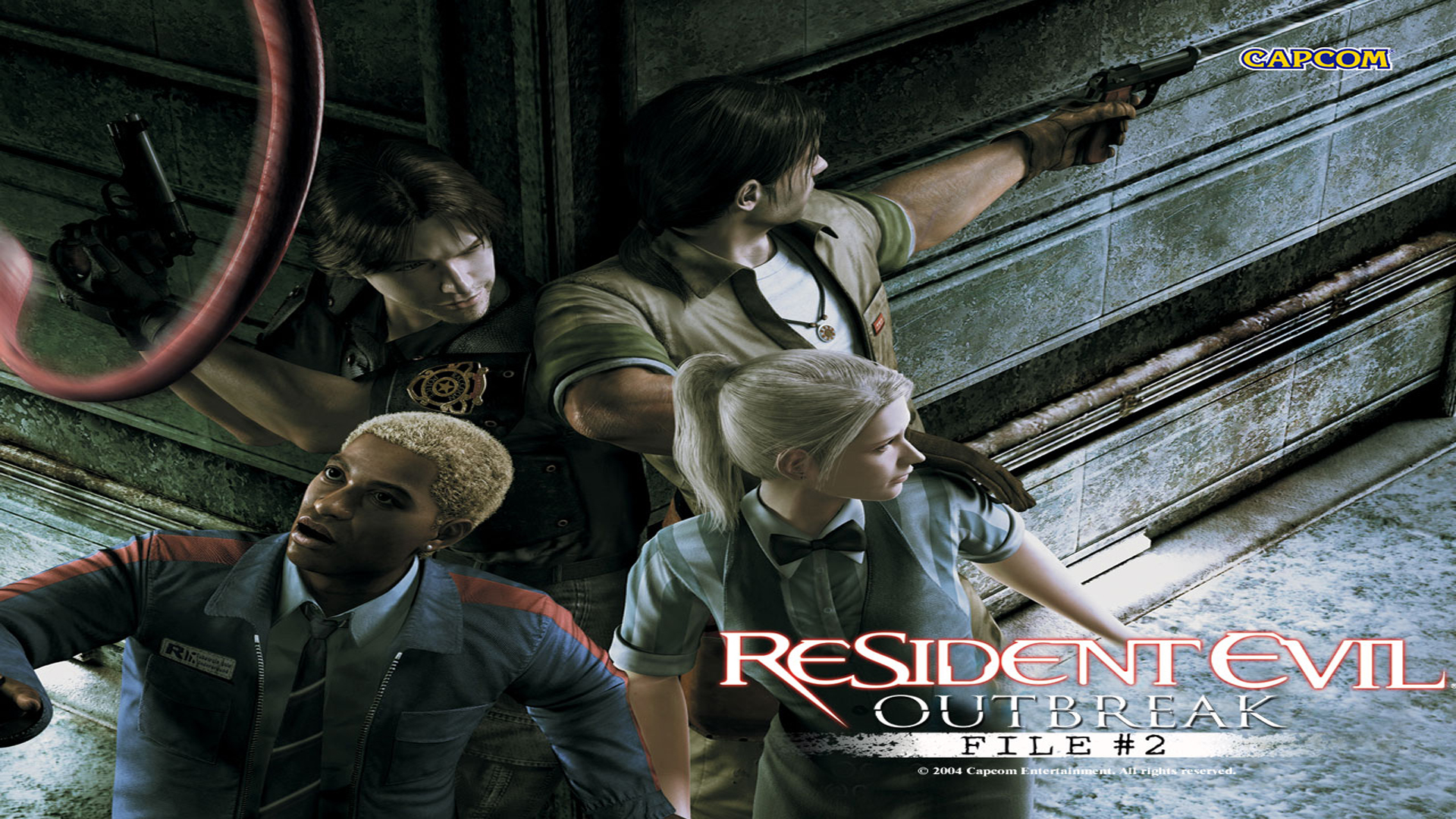 It’s all about Deus Ex for me.
Reactions: Saint Boot 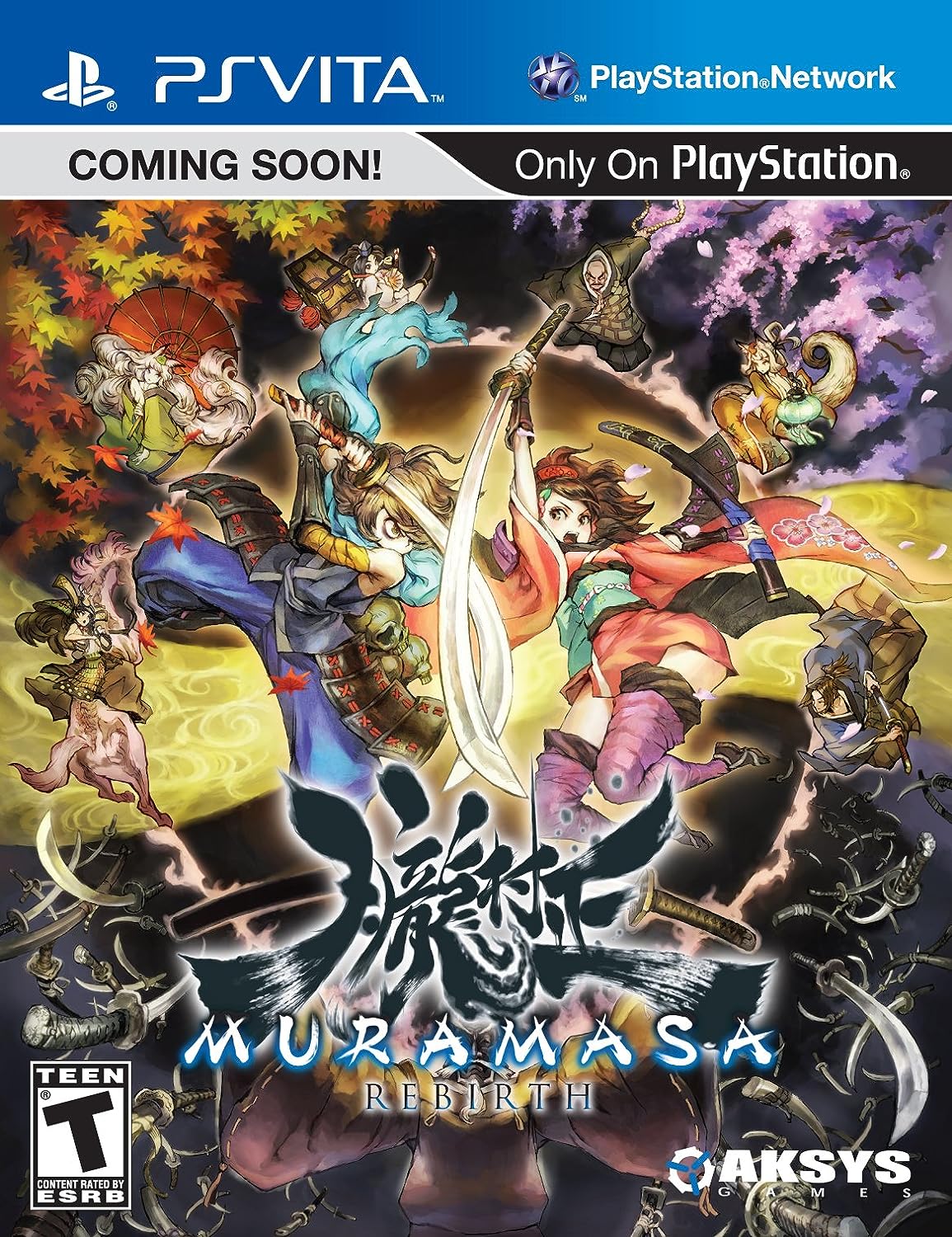 For LOVE of god please release this on modern systems.
Reactions: Tenaciousmo and Saint Boot

Aranea said:
For me always will be Resident Evil Outbreak File #1 & #2. The games were way ahead of their time.

I replayed a mission recently, and it’s not nearly as fun as it was back then. They’d need to either remake the whole thing in the RE2R style, or at the very least remove all loading between rooms and have entire stages loaded. Those loads are killer.
Reactions: Saint Boot

Something no one cares about:

The GameCube version sucks. Maybe if they translate it it'd be tolerable. There are the GB and DS versions that I don't care much about.

I know it's never going to happen and I'll keep playing them through emulation like I already am.

I only mentioned that one because 1,2, and 4 can be played digitally, but if I want to play part 3, I have to have a psp or vita I'm told.
that, and 3 was my favorite.

Chrono Cross. Just do an HD update, or if they must maybe an update along the lines of trails of mana. I really want to play that game again.. oh and include the FULL soundtrack in the box! Man I'd pay $60 just for the soundtrack in physical form.
Reactions: Saint Boot

Nevan said:
I only mentioned that one because 1,2, and 4 can be played digitally, but if I want to play part 3, I have to have a psp or vita I'm told.
that, and 3 was my favorite.
Click to expand...

BoF 4 is not available in Europe on the PS Store. I need an US account, a PSN gift card in USD and a working PS3 just to buy the game. Some sort of re-release for modern platforms would be helpful.

And we shouldn't forget about BoF 5: Dragon Quarter, which as far as I know is not available digitally at all.
Reactions: Saint Boot

That Wolverine game made by Raven Software that came out in 2009 together with the X-Men Origins movie. It was released to many platforms including PC but as far as I know it's not available in any of the digital stores (most likely due to licensing).

I'd love to see a full remaster of:


Those are the first ones to come to mind.
Reactions: SynTha1 and Saint Boot 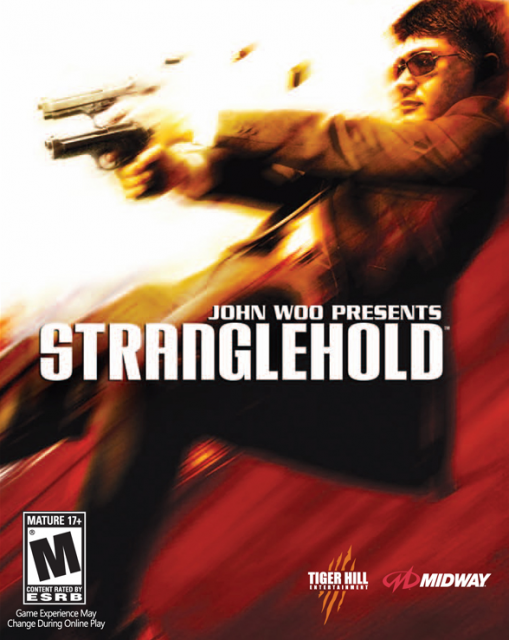 I'd like the Wind Waker to be done without dynamic shadows and bloom lighting, just sharper and better for non-CRT screens...

I think Rise of Nations was a really great, distinctive RTS that could stand to get the HD remaster treatment (customary shoutout to Rise of Legends, an underrated/played spinoff)

Ground Control, though it would probably look a lot like Homeworld: Deserts of Kharak

I played a little bit of Crisis Core... That was a wild experience I reckon they could probably tighten up the gameplay a lot too
C

Furozen said:
BoF 4 is not available in Europe on the PS Store. I need an US account, a PSN gift card in USD and a working PS3 just to buy the game. Some sort of re-release for modern platforms would be helpful.

And we shouldn't forget about BoF 5: Dragon Quarter, which as far as I know is not available digitally at all.
Click to expand...

That's dumb it not being there. Sorry, friend. 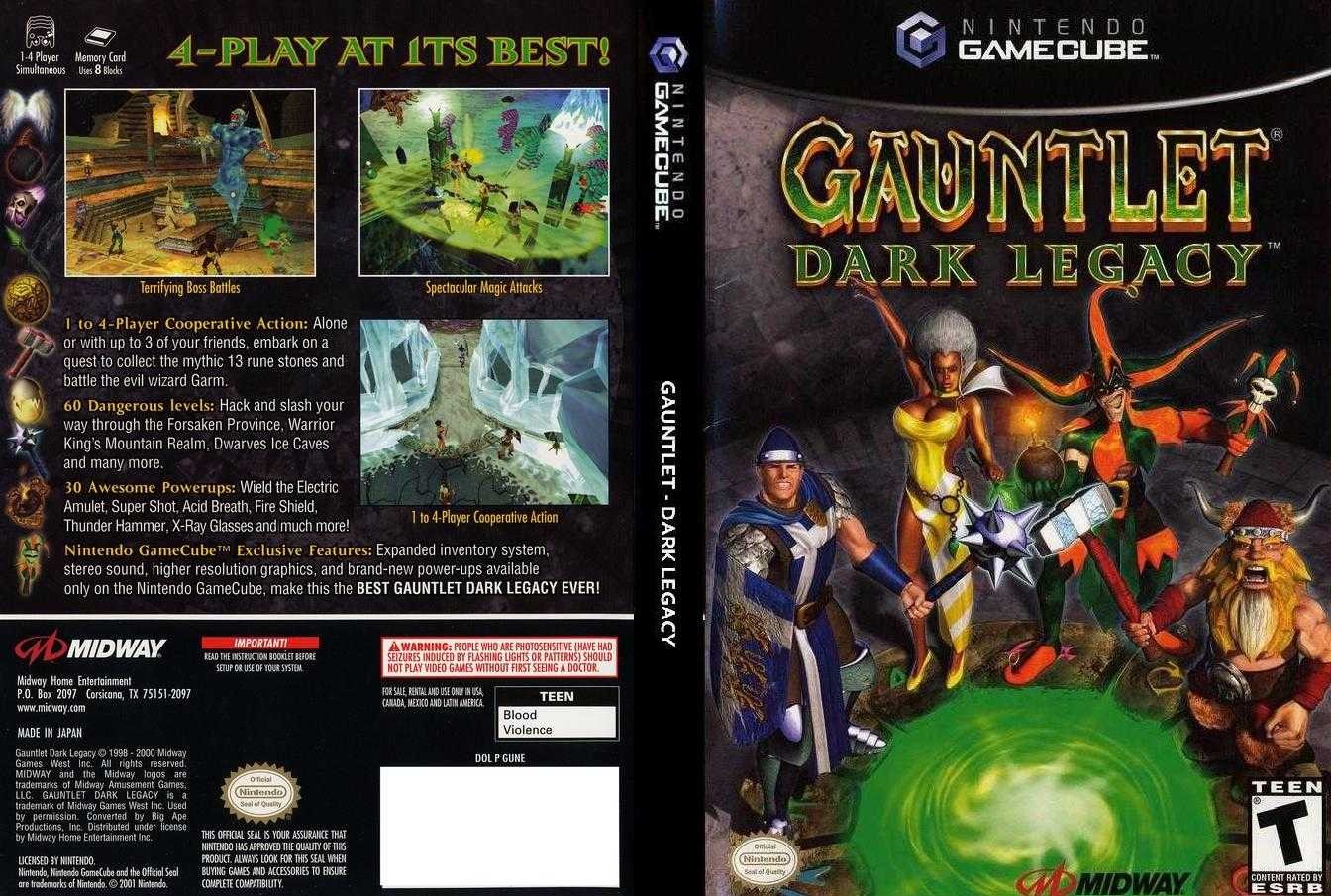 Soo many games, but the ones of the top of my head:
Chrono Trigger
FFV
FFVI
Suikoden 1 & 2
Xenogears
MGS
Onimusha
Reactions: Saint Boot and Yoshichan
A

A Kojima "Visual Novel" collection would be nice. Snatcher and Policenauts in a single collection would be very welcome on my Switch but please base Snatcher on the original PC Engine and Sega CD version and not the later Saturn and PSX ports.
Reactions: kurisu_1974, Belmonte, Saint Boot and 1 other person
C

-Dead Space HD collection. Fuck remaking any of them they’re great as is and only 2 gens old ffs

Also Nintendo really just needs to get off their asses and make HD Metroid Prime Trilogy. Maybe also finally do a compilation of the 2D Metroids too?
Reactions: Saint Boot and Belmonte

as bad as Danny Zuko in gym knickers

I've got my own personal wish list of games that I would like to see remastered or remade to modern standards. Some of those games have already been mentioned by others in this thread.

As far as re releasing old games is concerned, ultimately all publishers and developers should strive to preserve their historical back catalogs of games, and make those games available on as many current platforms as possible. I'm not just talking about games from the recent past, but games going back 20, 30, even 40 or more years. Companies like Activision and Electronic Arts have been producing great and even historically significant games since the early 1980s, but they tend to ignore almost anything that is more than 15 years old.
Reactions: Cynical_Aries, SirTerry-T, Saint Boot and 1 other person

There's two that immediately stand out for me - Tron 2.0 and Aliens vs Predator 2. Both PC only titles. The former I bought on GOG but it keeps crashing at the same place about twenty minutes in so that's a bum. And the second one is not available to buy digitally. I would love remasters of them.
Reactions: Saint Boot

A BluePoint remake of this would be aces. 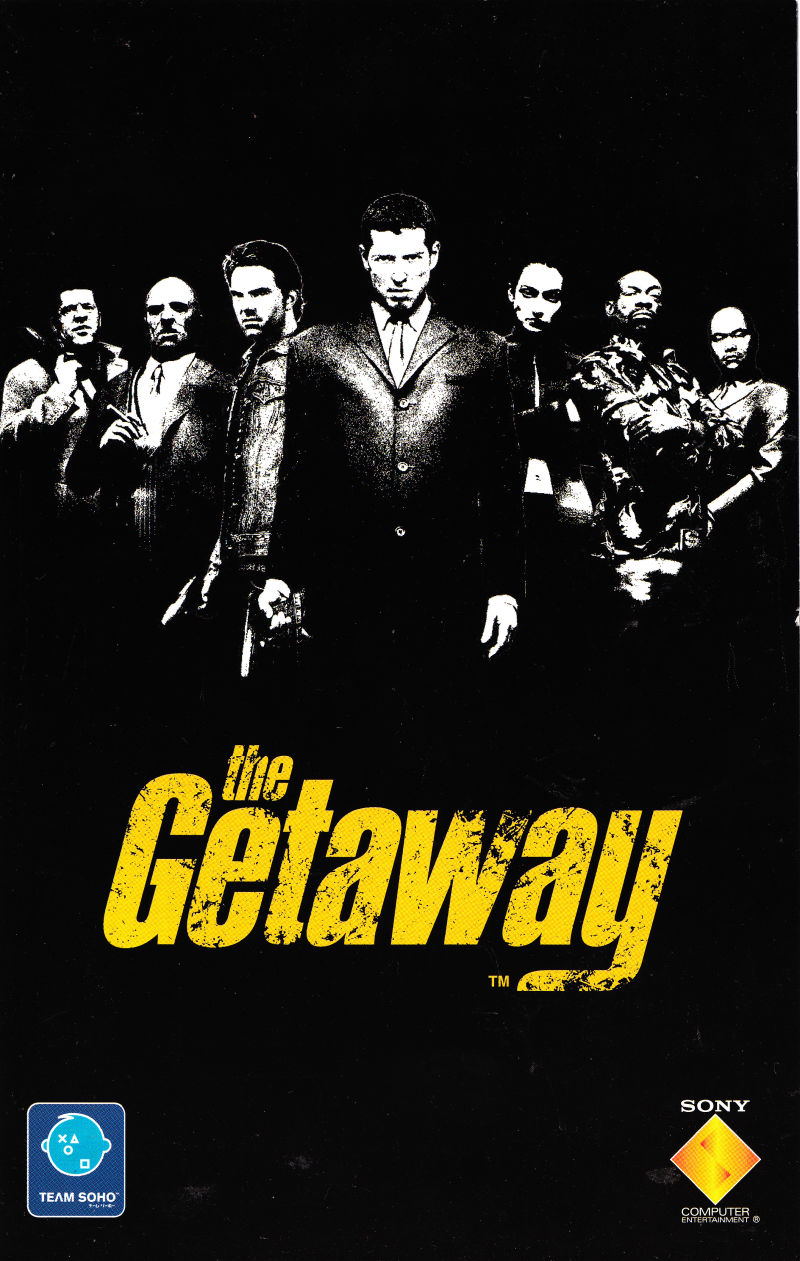 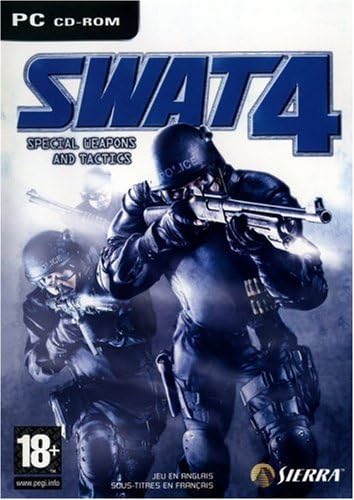 I mean there are few, on the top i would say GOW Saga on PS5, all PS2 and PSP games (PS3 and PS4 games can be played already on PS5 so). And i would love Haunting Ground as well.
Last edited: Jul 15, 2021
Reactions: Saint Boot
You must log in or register to reply here.

What games have you beaten during the COVID-19 lockdown (March 2020)?