grfunkulus said:
The Dell was in stock for quite a while, at least half an hour. Possibly hours, I don't know. I wasnt shopping for one but my suspicion is that most of the posters here aren't either. They'd rather just go with the heard mentality and complain online about GPU shortages instead of actually try to secure one (or a prebuilt with one which really isn't that hard).
Click to expand...

Don't the Alienware desktops use proprietary motherboards and power supplies pretty much locking that board and psu to the case?

T4rz4 said:
30-series for miners
20-series for gamers
Bad times to be a pc-gamer
Click to expand...

Makes me wonder at what point they give up on investing heavily in features like Ray Tracing and build these cards more toward mining. Seems that's their main market now. I can't imagine the miners care about ray tracing.

--
When you see you a Chinese crypto farm using laptops to farm Bitcoins you know that shit hits the fan for pc gaming...

The way it's meant to be played.

Its like sony bringing back ps4s back into stores in 2022 for those who want ps5. Dumb.

Of course, you're still gonna see the PCMR jackasses go into threads and say "Build a PC!"

JohnnyFootball said:
Of course, you're still gonna see the PCMR jackasses go into threads and say "Build a PC!"
Click to expand... 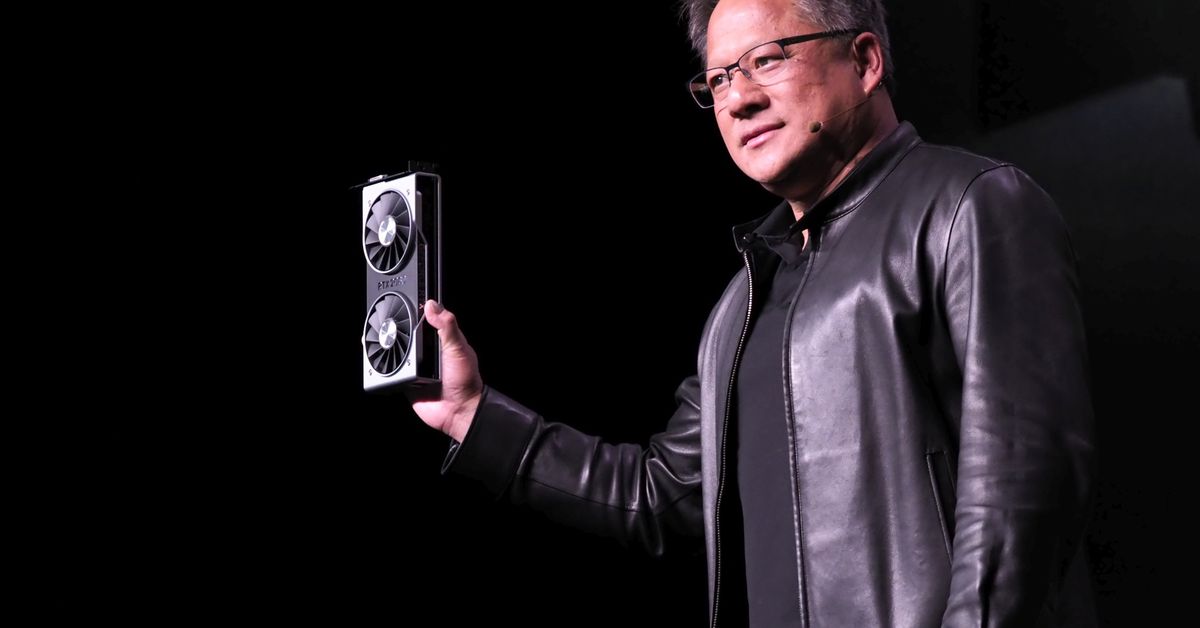 A much-needed shot in the arm.

In February 2021, Nvidia committed to reissuing some of its older GPUs — namely the RTX 2060 and GTX 1050 Ti — to give gamers a couple of low-cost options that scalpers or crypto miners (hopefully) won’t see much use for during the chip shortage. The company is following through on at least part of that promise by releasing a new variant of the RTX 2060 that has 12GB of video RAM, doubling the memory of the standard configuration originally released in 2019.

Nvidia says that various models should become available starting Tuesday, December 7th. The specs for revised GPU are available right here. Note the slightly higher base clock speed and the slightly increased CUDA cores (2,176 versus 1,920 in the standard RTX 2060). Its specs looks similar to the RTX 2060 Super in some ways.

Nvidia didn’t share a starting cost for the 12GB RTX 2060, though it told The Verge that “it is a premium version of the RTX 2060 6GB and we expect the price to reflect that.” The RTX 2060 6GB launched in 2019 for $349. It also shared that OEMs will be making their own custom versions of the 12GB RTX 2060. We’ll update this post once we hear back about pricing info for various models.

How much will the auto industry give me to repurpose my gtx 1080?

My question is how were they able to pull this off? With all the backups at TSMC and other chip makers, it doesn't seem practical that they could turn on and produce these. Did nvidia just have these chips lying around and were able to just add an extra 6GB of memory?

Someone help me here.

As i said in another post if they implement FSR into games for the next foreseeable future, wont need a card for 2 yrs min. Just a ref. Chernobylite boosted 1440P ultrawide from avg. 50 fps to 70 fps and using it on the ultra setting, never saw a diff. I was really impressed, now i understand the hoop la over DLSS
X

Consensus seems to be that the 12GB in the new 2060 will go mostly unused for gaming. Is there ANY application for the extra VRAM? I've heard people mention productivity and rendering, like for Blender maybe. But what does that actually mean in terms of real world performance?

Do scenes in Blender take less time to render with 12GB vs 6GB or something like that?

I'll buy that shit if I can. Anything is better than my 6870

Theres manufacturing capacity for that node that is going unused. GPUs that should cost <200 dollars are going for 400+

Xdrive05 said:
Consensus seems to be that the 12GB in the new 2060 will go mostly unused for gaming. Is there ANY application for the extra VRAM? I've heard people mention productivity and rendering, like for Blender maybe. But what does that actually mean in terms of real world performance?

Do scenes in Blender take less time to render with 12GB vs 6GB or something like that?
Click to expand...

Realistically Nvidia only put 12GB because releasing a 6GB Graphics card is dumb.
Alot of games today even at 1080p can eat through 6GB.

It gives you a bit more breathing room to play games even at lower settings.
Yes the chip will give out first, but atleast games that use 6+GB of VRAM will go above 30fps.


On Topic
Nvidia are fucking idiots.....they basically just released the best mining GPUs money can buy. (MSRP is already fucked because of that fact)
Two RTX 2060 will easily hit over 60MH/s and cost less than most if not all GPUs that hits 60MH/s by themselves.
Ohh but theres more.....those 2 RTX 2060s will also eat less voltage than that one 60MH/s GPU.
So they would also be more efficient.

How could they forget to put the LHR locks on these chips?

Andodalf said:
Theres manufacturing capacity for that node that is going unused. GPUs that should cost <200 dollars are going for 400+

it’s a no brainer to use this untapped node to make more cards
Click to expand...

Ooh boy, looks like PC gaming is going to die soon.
You must log in or register to reply here.