NVIDIA (NASDAQ: NVDA) Surpasses Intel to Become the Third-Largest Semiconductor in the World by Market Cap

NVIDIA (NASDAQ:NVDA 404.215 2.37%) shares seem to be in no hurry to end their record run. As a consequence of this ongoing ramp up, the GPU manufacturer attained a historic milestone today as it surpassed Intel’s (NASDAQ:INTC 57.975 -0.57%) market capitalization for the first time ever.

Year to date, NVIDIA has registered gains of over 68 percent. For comparison, the Philadelphia Semiconductor Index is up nearly 11 percent in the same timeframe. Globally, NVIDIA is now the third most valuable chipmaker based on market capitalization, behind only TSMC and Samsung.

The single most powerful tailwind for NVIDIA shares is the euphoria surrounding the anticipated release of the latest iteration of gaming consoles later this year. Analysts expect this development to unleash a GPU upgrade supercycle.

In fact, the Bank of America cited this factor for pinning a street-high stock price target on NVIDIA yesterday. BofA analyst, Vivek Arya, scrutinized Steam’s GPU survey and pointed out that just 9 percent of the PC gamers possessed a GPU that could match the performance of the upcoming consoles. The analyst, therefore, concluded that a mass upgrade to newer NVIDIA GPUs carrying higher ASPs may allow the company to breach the relatively “conservative” consensus expectation of “+16% H/H Nvidia gaming sales growth estimate for H2”.

Arya noted that the new consoles could "catalyze a major upgrade cycle for NVDA" as users adopt NVIDIA’s Turning or 7nm Ampere GPUs in droves. Consequently, the BofA analyst raised the stock price target for the company from $420 to $460, constituting an upside potential of 13.35 percent relative to the current price level. Incidentally, this also constitutes a street-high stock price target for NVIDIA.

It should be noted that, earlier in May, BMO Capital analyst Ambrish Srivasta had noted that NVIDIA could “grow its data center business to at least a $20B annual run rate versus the $4.8B for this year.” Consequently, according to Srivasta, the company’s EPS could grow to a whopping $20 per share over the long-term.

Of course, stellar Q1 2021 earnings have played an important role in beefing up NVIDIA’s stock price. As a refresher, the company’s revenue for the quarter increased by 39 percent year-over-year to $3.08 billion. Moreover, its revenue from the data center business topped $1 billion for the first time. Moreover, during the earnings call, NVIDIA’s CEO Jensen Huang asserted that the work-from-home trend remains conducive for growth in gaming-related expenditure, giving a fresh boost to the risk-on sentiment surrounding NVIDIA’s shares.

Apart from the strength in hyperscale and cloud spheres, NVIDIA has benefited from a number of AAA gaming titles that now support its RTX Ray Tracing technology. Moreover, the GeForce RTX SUPER GPUs have also boosted the company’s top-line metric. However, sales channel disruptions due to the coronavirus-induced lockdowns may have moderated some of the original gains.
Click to expand...

NVIDIA (NASDAQ: NVDA) Surpasses Intel to Become the Third-Largest Semiconductor in the World by Market Cap 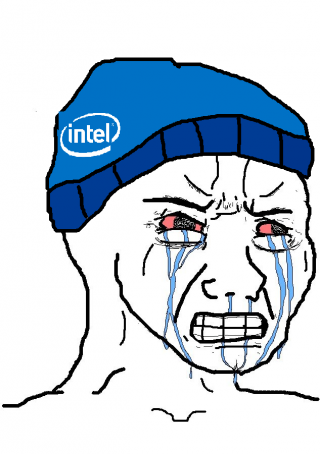 The more you buy, the more you save.
Reactions: ZywyPL and PhoenixTank

Can I say who that is?
Reactions: AquaticSquirrel

AMD with CPUs (Ryzen) GPUs (Radeon) and both PS4 and Xbox One APU's and yet still falls behind. 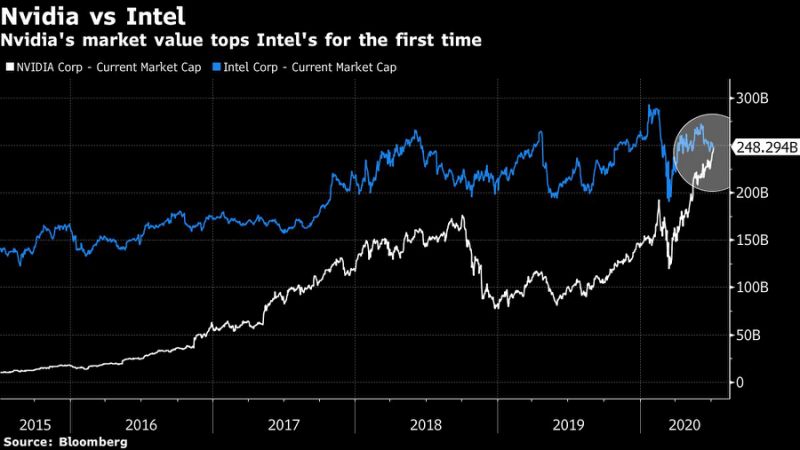 well, we can forget reasonable prices for the 3000 series
Reactions: Kuranghi and KingT731

I mean their cards are great so I think this is deserved. AMD should stick to CPU's because they cannot compete with NVIDIA in the GPU market.

GymWolf said:
well, we can forget reasonable prices for the 3000 series
Click to expand...

"Mum, can you buy me this graphics card? Its only £3080!"
Reactions: GymWolf and Bonfires Down

JMarcell said:
AMD with CPUs (Ryzen) GPUs (Radeon) and both PS4 and Xbox One APU's and yet still falls behind.
Click to expand...

Nvidia & Intel's pieces of the Data Center and AI pie will massively skew the numbers, while your comment is very focused on gaming.
Those console APUs helped to keep AMD alive but shockingly weren't high margin parts for them.
S

If Intel are fourth and nvidia third, who the hell is 1 and 2

WTF that Nvidia surge since 2019 is insane.

Gashtronomy said:
If Intel are fourth and nvidia third, who the hell is 1 and 2

Gashtronomy said:
If Intel are fourth and nvidia third, who the hell is 1 and 2

Xyphie said:
Guessing they count Samsung as number one, but it's not a pure semiconductor company. TSMC #2 with ~$300bn.
Click to expand...

McHuj said:
TSMC and Samsung I believe
Click to expand...

Yeah I've been to Samsung Heavy Industries Shipyard in Busan, South Korea. They were building the worlds' largest ship, which was an ocean liner that carried offshore oil rigs ON IT.

It's a bit of a cheat if they include Samsung
You must log in or register to reply here.