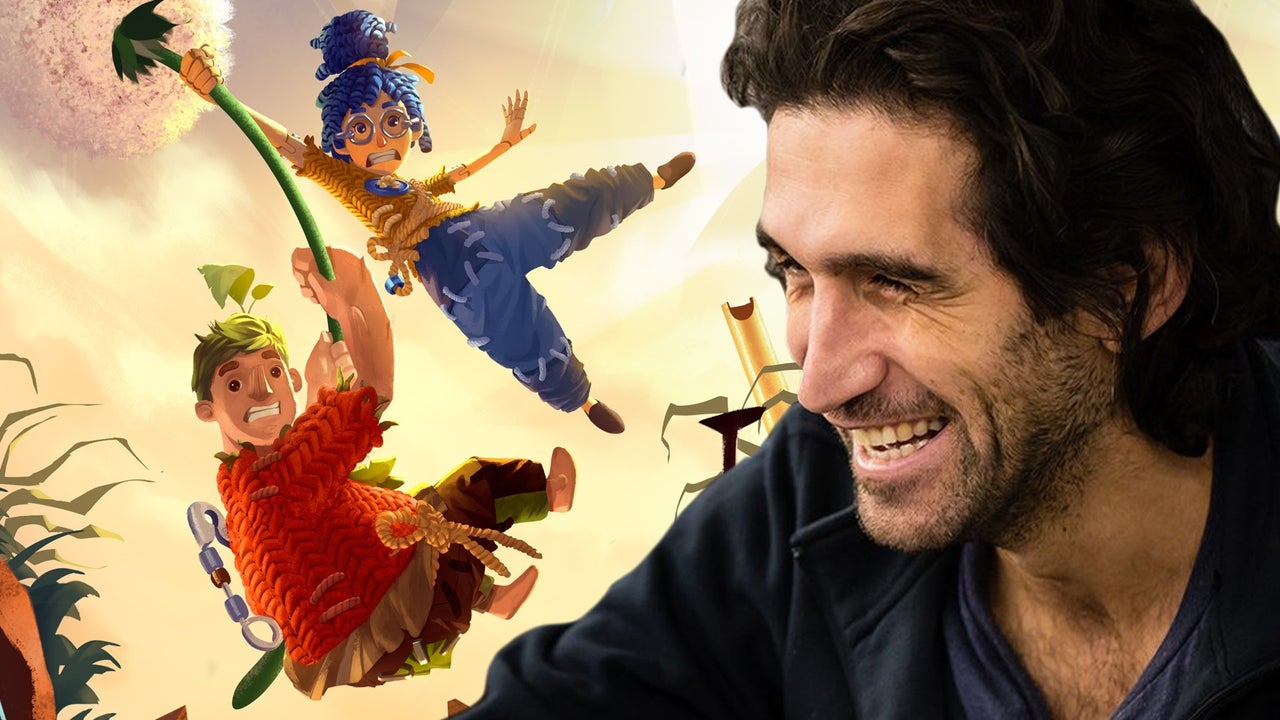 A Way Out and It Takes Two creator Josef Fares keeps making games in a genre he's more or less had to invent - we asked the outspoken director why.

Fares has, in effect, created a new genre of game to work within - narrative co-op adventures might be a suitable name. A Way Out was his first true tilt at the idea, but you can see the first sketches of that approach in Fares' first game, too – the wonderful Brothers: A Tale of Two Sons was effectively a co-op game designed to be played by a single person, or by two people on a single controller. Fares is clearly deeply interested in telling stories using multiple bodies, whether virtual or physical.

“There are so many unique and cool story experiences with a tailored co-op experience you can create,” Fares tells me when I ask him why he’s so drawn to this unusual style. “You can create this tension between the players, or this relation between the players through the game. There's definitely something that should be explored. That's something that we as a studio really want to push and become the best in the world at.”

He pauses momentarily, before adding. “We are the best in the world, because nobody else is doing it.”

He’s not wrong. Even years after its release, no one’s made quite the same kind of game as A Way Out – possibly because Fares is the only person with the level of all-consuming self-belief to convince publishers to finance such a thing:

“When I believe in something, nothing can stop me. Obviously no one believed in [A Way Out] – not even EA thought it would sell, but they still believed in me. I didn't care. I was like, ‘This is going to happen.’ Now, we've sold almost 3.5 million units of that game. These numbers for a small team of 30, 35 people are madness, you know? And at 3.5 million units sold, that means that, I don't know, almost seven million people played this game, which is crazy.

“Now it's proven but, for me, the important thing was to follow your passion and what you believe in. I do believe that there might be someone in the industry who wanted to try this kind of game, but they didn't really dare to because they were afraid of what could happen. I just think that sometimes you need to f**k s**t up and really go with what you truly believe in. That's the only thing that matters, you know? I do think – and hope – that more people do this, especially when publishers see that, ‘Oh, we have an audience here.’ People want this, obviously.”

Well that’s great for him. His game “Brothers” is a masterpiece. Man the feels

. As a fan of his debut game I bought A way out. It was beyond boring and so cliche which is bad for a story driven game where game mechanics are just there to support. My friend and I probably got 2/3 in and couldn’t be bothered to finish it. Won’t be going blind into another Fares game but will keep my eye on his output.
Last edited: Jan 17, 2021
Reactions: Ian Henry, BPX and alabtrosMyster

Well, they were right in this case, it was dogshit.
Reactions: Newly Vacant and BPX

A Way Out is a youtube game.
Watch it once. No reason to ever play/watch it again.

I'm sure a lot of work went into it, but it's not the kind of thing that makes for a good video game.

I forgot A Way Out was co-op only, downloaded in GamePass a few months back, booted it up and then deleted it.
Reactions: BPX

How the fuck is that a new genre? We've had co-op games for forever, just cause its co-op only that doesn't make it a new genre.
Reactions: BPX

I want to lay A Way Out, but I have no one to play it with.
Reactions: RareJordan and BPX
S

Me and my friend were excited to play "a way out" a couple weeks ago, we downloaded off EA play and so we started. 3 hours later the game had been binned, love good coop gameplay and a decent story, this game had neither.

His upcoming game does look good and hopefully it will be good.
Last edited: Jan 17, 2021
S

I wasn't a big fan of A Way Out personally. I think I have played better co-op games. The idea of it was great as someone who loved Prison Break for example, just couldn't get in to it.
Reactions: Mojoraisin

EA put out three Army of Two games out. wtf is this dude on about.
You must log in or register to reply here.