It really needs to have a filter as good as this one at least:

Or else better to just emulate on basically any PC. The graphics look mental without that filter imo, you need the slow response time screen emulation to convey the proper motion, although you can turn it off if you dislike it and the rest of the graphics will still look like they should.
Last edited: Aug 31, 2021
Reactions: NeoIkaruGAF

This is cool if its true. They should merge all the apps together and call it Virtual Console.
Reactions: John Bilbo, Ailynn, Skifi28 and 1 other person
O

Good but where is the gameboy classic, we are all waiting for nintendo?
B

SlimeGooGoo said:
Nintendo did it again!

Please Nintendo, think of the competition! Give them a chance to fight back!
Click to expand...

Yeah, how can microsoft and Nintendo compete with such shit service

So by the math, 2090 or 2100 will be Game Cube time. Gonna frozen my body.
Reactions: NeoIkaruGAF

Fucking hell, it’s such a missed opportunity. It could have been like a Netflix for an amazing retro library with tons of selections and past consoles. Somehow Nintendo managed to offer even less than the Wii U selection. I have to stop the subscription, I keep forgetting to cancel this useless service.
Reactions: Griffon, John Bilbo, Ailynn and 1 other person
J

Excellent 2 catalogs full of amazing titles, can't wait a drip feed of the worse of the bottom of the barrel of those catalogs.

If they do add these 2 systems and a handful of the roms, I bet they'll up the price of Switch Online.

I agree that they should put all this stuff in ONE APP, having multiple APPs for the same type of thing is stupid and clunky in 2021.
Last edited: Aug 31, 2021
G

I still have a working gb, gb colour that I got modified its cool, but if you can now get them on switch on a bigger screen I will pick up a select few games for it.

still in debate which console I am going for if it will be the pokmone lite on the oled switch. I guess its coming down to this years game on how much im going to drop this far into the cycle.

mcjmetroid said:
I really don't don't understand how everyone hasn't jumped to emulation for their retro games by now. Especially for games you bought on VC or bought in the past.
Fuck em!
Click to expand...

I was emulating games far before Switch came out, but an all-in-one portable And console system that plays all Nintendo games is a thing that would motivate me to re-buy all the greatest hits.

As long as they try to drag it out with this piecemeal garbage, I still need a PC and emulation box for my tv (SNES mini), which makes it pointless. The system consolidates seemingly all past games except for Nintendo ones.

I would spend a ton of money and clear out a bunch of space under both my TVs, if they did it right, even with emulation options.
Reactions: swarley64 and mcjmetroid

pretty much. Original game boy and gbc games are so archaic. Hell they were rough at the time. Several GBA games I’d play again but probably none of the GB set out of a few minutes for nostalgia sake.

Well there is its just on a cart.... Aka Mario 64 on the Mario anniversary.

Hitchyhero said:
Well there is its just on a cart.... Aka Mario 64 on the Mario anniversary.
Click to expand...

So not even remotely close to what he is talking about.
Reactions: Fake

It would be nice to include a huge ass BC catalog with many dozens of the main games from all their past platorms to have a good representation of the catalog of these devices in Switch online instead of putting them only a few from time to time. Looking at the future, they could include there emulated games from all their platforms Game & Watch to Switch (including their arcades) and could build a catalog to compete with this service against the Sony and MS subscriptions.

People like me would pay for it instead of using emulation on the PC or somewhere in the future in a SteamDeck.
Last edited: Aug 31, 2021

Gameboy Advance would have been better tbh
Reactions: 93xfan and graywolf323

mcjmetroid said:
I really don't don't understand how everyone hasn't jumped to emulation for their retro games by now. Especially for games you bought on VC or bought in the past.
Fuck em!
Click to expand...

Nintendo fanboys have Stockholm syndrome. They view piracy as some horrible thing, yet still complain about this.
Reactions: mcjmetroid

This isn't confirmed it is just a rumor.

When will we get Waverace 64?

Shut0wen said:
Cool if its true, tbf i wish they would skip gameboy and go straight to colour i swear if nintendo doesnt carry this over to the switch 2 or whatever there next console then im fucking done
Click to expand...

If you were along for the ride for anything other than this gen's selection of Nintendo games (annnnd I guess last gen's ports), then you were just sorely mistaken. BotW was basically more than I needed for my money.

Meanwhile, the God-Tier console known as the WiiU has a pretty good selection of GBA games.

AJUMP23 said:
This isn't confirmed it is just a rumor.

You already have it. It's waiting for you down at the pawn shop.

StormCell said:
You already have it. It's waiting for you down at the pawn shop.
Click to expand...

I want it on my Switch.

I don't understand why Nintendo just won't make the switch the ultimate fucking console and let us play every single generation of Nintendo titles I'm not talking 3rd party because of licensing but all first party on the switch a true virtual on the go console. It's literally a gold mine. This drip feed shit by all three companies is starting to get real old.

Eh, woulda rather had literally any other Nintendo console instead.

But this is merely a rumor still
Reactions: Scotty W

Yuck. This rumor just reminded me to cancel this trash service.

Oh ffs! Where is N64 and GameCube?

Buy the cart and lay it on your Switch. There, still more effort than Nintendo’s.
Reactions: AJUMP23

I can't say I'm terribly excited to play Gameboy or even GBC games. There will at least be some Zelda and Pokemon games that are worth playing. I'm hearing there's basically no chance that we'll see GBA games anytime soon though.
M

Somehow this doesn't make me want to subscribe. Completly no idea why.

Nintendo is the best in the business when it come to disappointing people.
Reactions: TexMex and 93xfan
J

SCB3 said:
Do you really think Gamefreak will allow you to have something Pokemon related for free?
Click to expand...

jigglet said:
1) They'll trickle release the games.
2) They won't finish releasing all their games before the next gen.
3) They will burn this all to the ground with their next console and start again from scratch.
4) Oh, but it won't launch with their next console - we'll have to wait years before they have the new service ready.
Click to expand...

Eh, some of these points are fair, others not so much.

1. Both NES and SNES Online included a big chunk of those systems' first party library at launch. I imagine that the same will be true of GB & GBC. You're right that whatever we don't get at launch will probably be drip fed though.

2. This is probably true, since we are still missing a few key first party titles on both NES and SNES.

3. You're drawing a lot of conclusions from one example. The Virtual Console continued across three platforms before it was canned. If Nintendo is happy with the subscription revenue they're getting from the Switch Online service, they'll probably carry it over to the Switch's successor unless it's a wildly different system.

4. Only if it actually is a completely new service. Otherwise, it'll probably be there at launch. Well, maybe. Guess the only example we have to go by here is the VC on Wii U.

I literally came in here to post this.
Reactions: UltimaKilo

I hope game boy advance too

I swear Star Fox Assault will be the 1st thing I play on it just to spite Nintendo.
Reactions: Heimdall_Xtreme and Griffon
S

remember when people speculated Gamecube, Wii or even N64 or hell Gameboy ADVANCE??

With this slow pace of releases, maybe Nintendo is having a hard time procuring ROM's of their old games.

Nintendo, DM me and I can send you what you need!
Reactions: Damien Crowley

TheGodfather07 said:
Oh ffs! Where is N64 and GameCube?
Click to expand...

Chris. said:
Remember when Nintendo first announced the Switch and they basically said that every Nintendo game to grace a console or handheld would be available to play via their online service? Oh, how I lol'd, and I'm still lol'ing to this day.
Click to expand... 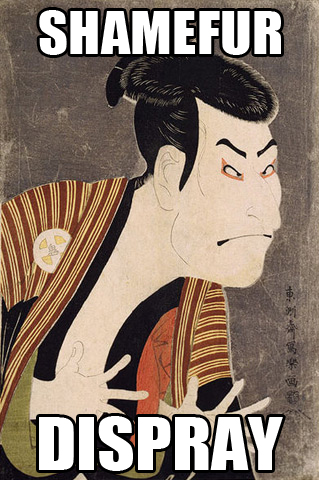 Nintendo went insane a long time ago - but hey they're making money hand over fist why should they give 2 shits about gamers?

A long time ago - I wanted to give Nintendo the benefit of the doubt, surely we'de get their back catalogue at a decent clip - maybe with high quality HD options and filters.
I wanted to buy official releases by Nintendo themselves.
Years (decades at this point?) past and they are still trickling out next to nothing.
I went the flashcart + upscaler route a long time ago - I got tired of waiting. Now I have everything ever released on a cartridge system.
Fuck off Nintendo.

jigglet said:
1) They'll trickle release the games.
2) They won't finish releasing all their games before the next gen.
3) They will burn this all to the ground with their next console and start again from scratch.
4) Oh, but it won't launch with their next console - we'll have to wait years before they have the new service ready.
Click to expand...

SlimeGooGoo said:
Nintendo did it again!

Please Nintendo, think of the competition! Give them a chance to fight back!
Click to expand...

I swear this is a bot designed to react post to topics with a Pro-Nintendo slant!

I imagine they'll choose the most obscure titles nobody asked for.

Javthusiast said:
It only took 5 years. Nintendo is stunning and brave.
Click to expand...

With the obsolete Nintendo technology, it is not easy to emulate each gameboy game to a actual system.
Last edited: Sep 1, 2021
Reactions: Damien Crowley and Javthusiast

Punished Miku said:
I'm pretty sure they're making it suck on purpose as revenge for everyone ignoring the Wii U.
Click to expand...

Absolutely.
There's no way anyone could be this utterly tone deaf accidentally.
I wish Nintendo manifested itself as one big neck, so I could choke the living shit out of them.
Reactions: Punished Miku

SCB3 said:
N64 is a pain in the ass to emulate tbf

And the biggest games on there can be ported for full price!
Click to expand...

They were already available on the Eshop. What's the difference?
You must log in or register to reply here.