You are using an out of date browser. It may not display this or other websites correctly.
You should upgrade or use an alternative browser.
E

Nintendo is set to remaster "most of Super Mario’s 35-year back catalogue" on Switch to celebrate the franchise's 35th anniversary this year, according to a new report.

The monumental news comes from trusted site VGC, which credits "multiple sources" for the information provided. Apparently, Nintendo is set to hold an event which will coincide with the anniversary, with all plans due to be revealed alongside new details of Nintendo’s partnership with Universal and more.

The specific games theoretically coming our way haven't been mentioned, but the report mentions that as well as the remasters noted above, "several other Mario titles" are also launching in 2020, including a new Paper Mario game.

We can't quite believe what we're writing, so we'll be staying glued to our screens for the foreseeable future and will, of course, update you should Nintendo announce these plans officially.

In the meantime, though, feel free to share your excitement with us in the comments below. Which games would you like to see? Super Mario Galaxy? Super Mario Sunshine? Everything ever? Wow. 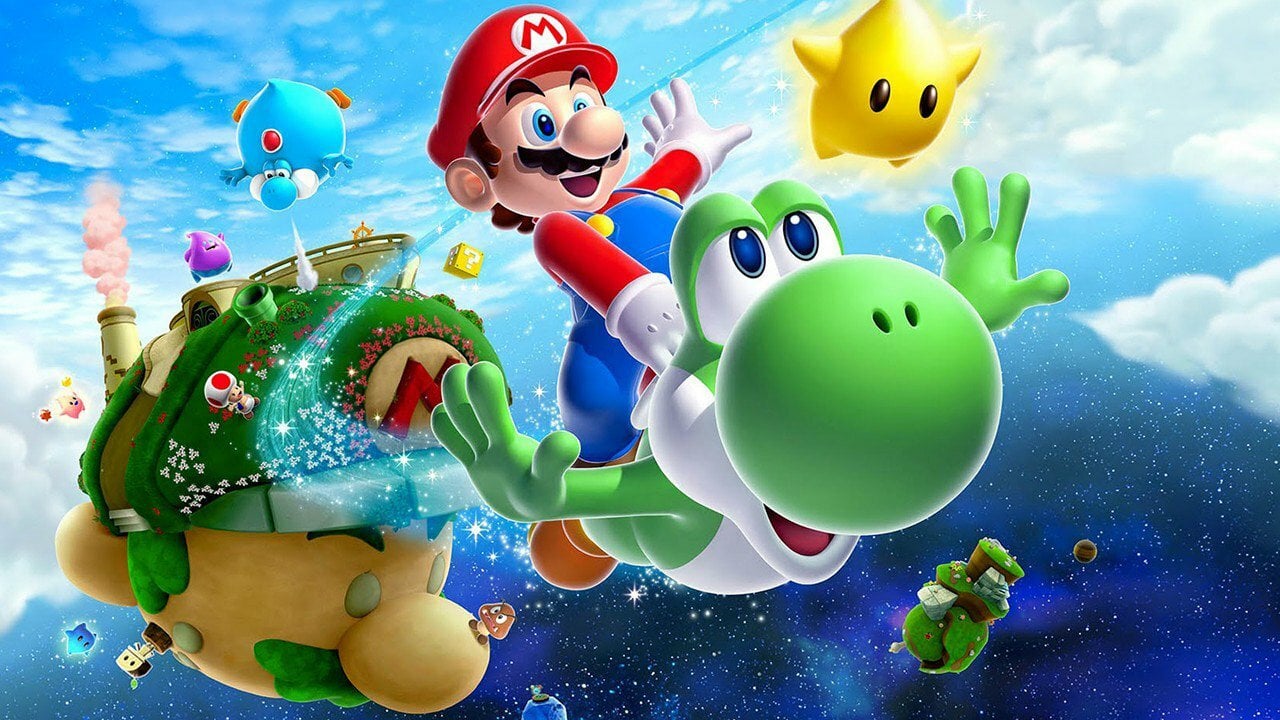 Nintendo To Remaster 'Most Of Super Mario’s 35-Year Catalogue' For Switch in 2020, New Report Says

Update: Galaxy, Sunshine, 64 all reportedly in the works

Eurogamer sources have indicated that Mario Galaxy is indeed one of the games being readied for a remaster, alongside a couple of other 3D Mario favourites. [UPDATE: Gematsu has now confirmed these as Mario 64 and Mario Sunshine, which Eurogamer can corroborate.]

Many earlier Mario games are already available on Switch via the console's Switch Online NES and SNES apps.

Second, the report states "several other Mario titles" will release in 2020, including a new Paper Mario.

Eurogamer sources have confirmed a new Paper Mario is in the works, along with a Deluxe version of Super Mario 3D World, which will include an array of new levels. This long-rumoured Wii U port is one of a couple of first-party games from Nintendo's previous console currently due for a new lease of life in 2020.

[...] now VentureBeat's staff writer Jeff Grubb has chimed in. For the record, he's the same guy who said we'd be getting two Nintendo presentations on certain dates this month, and we did. In addition to this, he's now reached out to his own source about the latest report. Here's what he found out:

The Paper Mario game, meanwhile, represents a return to that franchise’s roots. This means something closer to the Nintendo 64 and Gamecube games, which are beloved. And leaving behind the baggage of the more forgettable entries on 3DS and Wii U.
Click to expand...

Finally, expect Nintendo to fill out the Mario celebrations in other ways as well. This could mean even more Mario games on the Nintendo Switch Online subscription service, for example.
Click to expand... 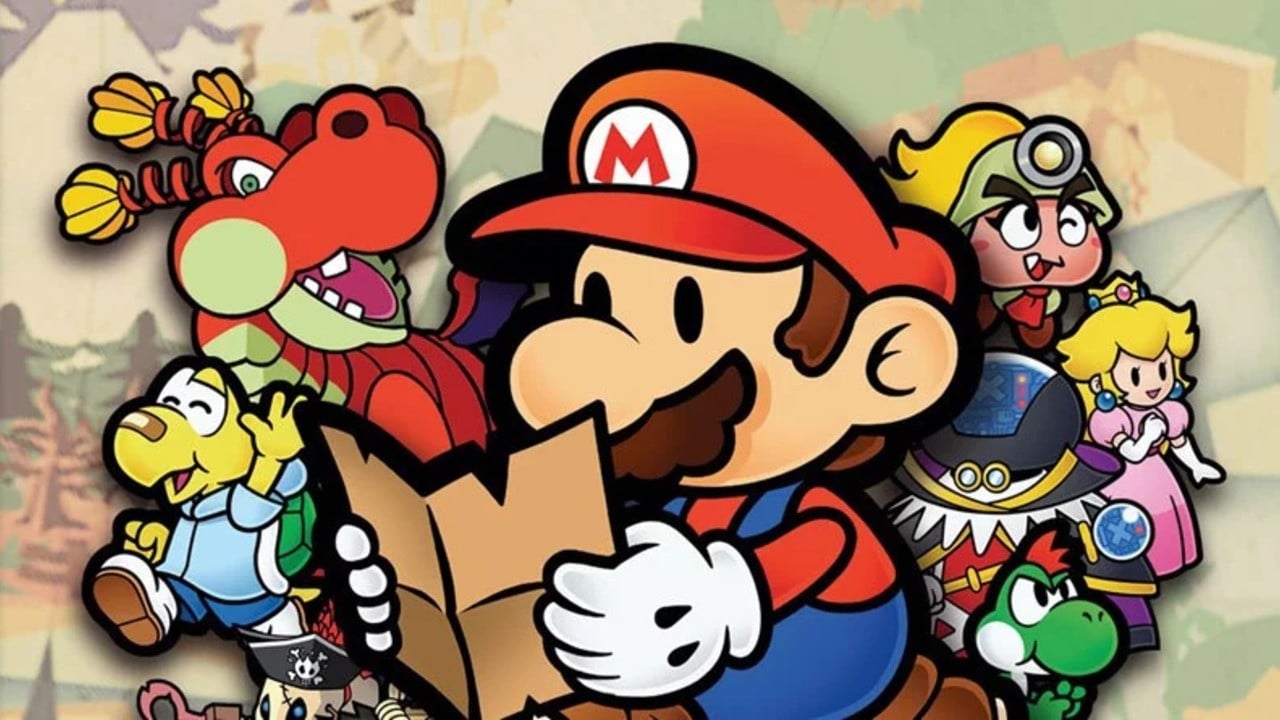 I hope they keep the physics true to each game, or hardcore fans will have a fit (See Mario All Stars).
Reactions: 93xfan, infinitys_7th, Devilich and 11 others

The galaxies games and sunshine is the obvious ones.
Reactions: Genx3, stickkidsam, Devilich and 10 others

Curious how this will turn out.

Fingers crossed for something not behind the subscription service paywall, but knowing Nintendo they'll do single-title remasters of the 3D titles with as much glamour as possible while leaving the better-selling 2D ones to languish in digital-only purgatory.
Reactions: KOS MOS and Ailynn

Please do not dump a rom, run it in a crappy emulator with a ton of input lag, and call it an anniversary collection this time.

We haven’t heard anything on the Mario front since Odyssey, so not surprising they had something up their sleeve.
Reactions: 93xfan

DunDunDunpachi said:
Curious how this will turn out.

Fingers crossed for something not behind the subscription service paywall, but knowing Nintendo they'll do single-title remasters of the 3D titles with as much glamour as possible while leaving the better-selling 2D ones to languish in digital-only purgatory.
Click to expand...

It's only 20 bucks for a year. Not exactly a huge barrier to entry if they do go that route.
Reactions: DunDunDunpachi

Wait....... could this be Bluepoint's "most ambitious undertaking" that they kept hinting at?

I doubt they would be remade in-house at Nintendo.
Reactions: Mr Moose, zombrex, 93xfan and 7 others

OmegaSupreme said:
It's only 20 bucks for a year. Not exactly a huge barrier to entry if they do go that route.
Click to expand...

I'm currently a subscriber, but these games are forever. I don't want to be a subscriber forever. Cancelled my PS+ last year due to lack of usage, too.
Reactions: Smasher89, MacReady13, sn0man and 1 other person

I'd be down for a Super Mario rpg remaster.
Reactions: KOS MOS, TeezzyD, Scotty W and 11 others

A Super Mario RPG remake/remaster would be awesome! Heck even just a direct port.
Reactions: KOS MOS, Scotty W, NewYork214 and 5 others

Seems like too much effort for Nintendo, but I'd love for it to happen.
Reactions: JimmyJones and Lionel Richie

If it's in a "collection" game that I only have to buy once, I'll get it.

If it's each game individually, nah.

If they do collection by era (NES/SNES all in one, N64/GC/Wii in another, etc), I'd have to see the price.
Reactions: TeezzyD and DerFuggler

Dear god, how many time will they want us to buy old stuff full price again. For me Nintendo are kinda dropping the ball more and more.
Reactions: Tevious, TeezzyD, KellyM and 2 others
C

Haven't they been doing this for years though with the whole new line up they had going for them?
Reactions: SantaC

Nope, I don't believe it. Mario is a sacred franchise to Nintendo, rightfully so. Handling of this franchise has always been very strategic. Why would they remaster every fucking Mario Game of the last 35 years and thus needlessly oversaturate their fanbase and weaken the strength of their Mario IP's?
Last edited: Mar 30, 2020
Reactions: TeezzyD, Ryu Kaiba, mhirano and 4 others

How valid is this rumor? I don't want to be a negative nancy, but remastering "most of Mario's 35 year backcatalogue" seems very unlikely. That being said, I have never played sunshine and would probably buy all HD rerelease, and I have both galaxy games and think they would benefit in HD.
Reactions: Shaqazooloo

That would be something. I'd buy a Bluepoint remastered Mario 64 so fast

please release galaxy 2 and Sunshine ppleeeeassee!!! i still need to beat them. Never even played Galaxy 2.

I'm super OK with that. Reminds me an old rumor about Mario 64 coming to Wii U as a form of that Nintendo DS version.
Reactions: TLZ and Shaqazooloo

If its one big physical collection I'll buy it, if its just each game digitally thrown onto the store then I don't care.

The only ones I am interested in are Galaxy, Galaxy 2, 3D World, and Sunshine.

Shaqazooloo said:
Seems like too much effort for Nintendo, but I'd love for it to happen.
Click to expand...

Yeah this is the kind of perfect release that Nintendo never gives us. I hope it's true this time!
Reactions: JimmyJones and Shaqazooloo

Followed by 3D World and Galaxy 2.

But honestly I don’t look forward to a Mario overdose. Would rather have these releases spaced over the last 3 years and continuing.
Reactions: alucard0712_rus

Anyone want to bet how expensive they'll be...
S

More remasters. How many times can you play the same game? All the money they are making and still lagging in developing games steadily with out gaps
Reactions: Zones and Self High Five

Ceadeus said:
Dear god, how many time will they want us to buy old stuff full price again. For me Nintendo are kinda dropping the ball more and more.
Click to expand...

You have to understand that a large number of Switch owners will have never played any of these games, smart move by Nintendo if true, I personally would like Sunshine, as I never gave it a proper go when released.
Reactions: zcaa0g, DigitalScrap and Shaqazooloo

E EightBit Man add this to your post as it's a follow-up to VGC.

As long its not a shit collection with a lot of problems, I'm all for it.
Reactions: EightBit Man

If they fix Sunshine by completely overhauling it, then maybe I can finally enjoy that game. The rest? I'll take them as they come.
Reactions: TLZ

They finally ported the GameCube/Wii Shield TV emulator for Switch it seems.
Reactions: Esppiral and Antwix

Sunshine needs more than some graphical polish to make it worth re-releasing.

Yeah, I know some of you really like that game. It's because you grew up with it and didn't know any better.
Reactions: deafmedal, GreenAlien, TLZ and 2 others

Nintendo remastering games ? Now that would be unprecedented.

Pretty sure bluepoint is working on a Sony IP

But that would kill the hopes and dreams of millions of Sony fans expecting a Demon Souls remake...

Is there a pastebin screenshot to confirm any of this?
Reactions: Shaqazooloo

iconmaster said:
Sunshine needs more than some graphical polish to make it worth re-releasing.

Yeah, I know some of you really like that game. It's because you grew up with it and didn't know any better.
Click to expand...

Not really, I grew up with the NES and SNES games. I still liked Sunshine more than most 3D Mario games and I have impeccable taste, so that must mean yours is shit and you're wrong.
Reactions: Silvawuff, deafmedal, Skyloft and 3 others

Where the fuck is Metroid Prime Trilogy HD?
Reactions: KOS MOS, Dr.Morris79, Ryu Kaiba and 5 others

All insta buys. Especially 3D World which is a stone cold classic. Underrated as it languishes on the Wii U.
Reactions: TLZ, Hero of Spielberg and EverythingsOverrated

Well, to be fair, COD nerds do that once a year.

And Galaxy is one of the greatest games ever made. So....
Reactions: TLZ, Hero of Spielberg, DigitalScrap and 1 other person

This is great but it would be nice to get games I haven't played before.

Old Super Mario Bros New
Reactions: 93xfan and ProgenitorCastle
You must log in or register to reply here.