EmCeeGramr said:
It's a horseshoe to go with the horsebag
Click to expand... 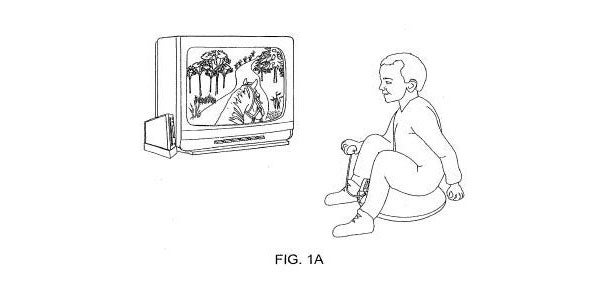 Flopfan said:
Is this the qol concept they were mentioning before? Will it be separated from or integrated into the NX? Nevertheless it looks really interesting. I love innovative Nintendo.
Click to expand...

I think QoL was about monitoring your sleep.
P

It's the Nintendo Boomerwrong.Once you buy it,you want to throw it away
E

How did you make this so fast
Click to expand...

Removed the background and added the frame.

Can't find any more info on a US publication, but if this follows typical JP->WIPO cases there should at least be a US application already filed, and likely published within a few months.

Based on the text we do have, this looks like it could be an accessory for a console, or potentially a QOL hub, but it might also be a standalone product.


DownGrader said:
I think QoL was about monitoring your sleep.
Click to expand...

They actually mentioned that QOL was a broad new business initiative, rather than a specific device. The first device they discussed under the QOL initiative was the sleep monitor. This could be the second.
Z 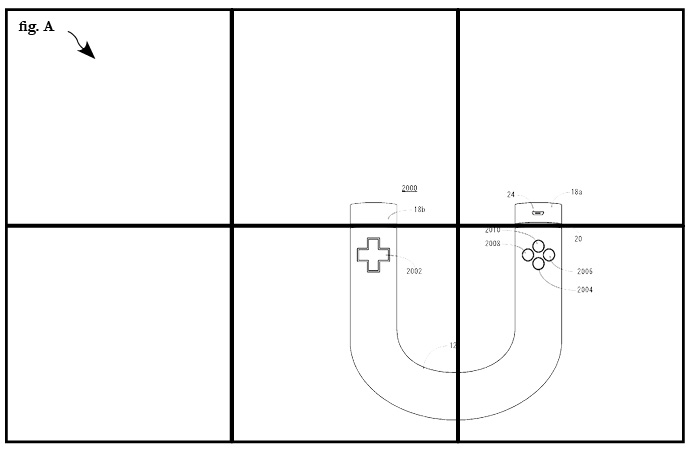 The original Japanese patent was filled in 2014, and the international extension was registered in 2015, while reports about QoL being canned are from this year IIRC.


Skittzo0413 said:
They actually mentioned that QOL was a broad new business initiative, rather than a specific device. The first device they discussed under the QOL initiative was the sleep monitor. This could be the second.
Click to expand...

Thank you for the chuckles

EmCeeGramr said:
It's a horseshoe to go with the horsebag
Click to expand...

God damnit why must you steal my post.
N

It's like half of a jacked up identity disc.
M

You can't help but think that PS and Microsoft are bringing out new hardware as soon as NX drops just to be wankers ha ha...
S

DownGrader said:
The original Japanese patent was filled in 2014, and the international extension was registered in 2015, while reports about QoL being canned are from this year IIRC.
Click to expand...

Oh, that's a good point! They did mention this year that QoL was indefinitely on hold, so yeah maybe it is as dead as we thought (and as dead as pinocchio in those gifs).

Regardless this seems like a cool little device! Probably won't reach the market though, oh well.
M

They're not gonna sell this thing as a video game console watch, they're gonna do what they did in 85 with ROB and the NES
M

.I don't get it. Someone explain
F

DownGrader said:
I think QoL was about monitoring your sleep.
Click to expand...

Hmm that doesn't sound very interesting. Is it like a health application , a sleep study?
P

bachikarn said:
.I don't get it. Someone explain
Click to expand...

Its in the window like the Wii U
N

I don't get the diagram joke.

edit: never mind, I get it now

The controller is quite bizarre.

Wow, and I thought Wii Wheel was dumb.
J

Honestly this looks like a separate peripheral for a Wii Fit successor. Nothing to go nuts over.
A

This is getting ridiculous! By the time they decide to unveil the thing they'll get half of it leaked!
A

i love nintendo. i love controller designs. i want to see them all
T

This is getting ridiculous! By the time they decide to unveil the thing they'll get half of it leaked!
Click to expand...

What, unveil this thing or unveil NX?

You know this isn't NX right? It's a peripheral for NX, maybe. But either way it's just another patent. They have a tonne of crazy patents floating around.

Among other things.
A

DownGrader said:
I think QoL was about monitoring your sleep.
Click to expand...

My thoughts exactly. They can only go so far with the balance board and I'm sure by now they can sell it for practically nothing - time to bring something new to the table.
N

Patent 2014. Meant for fitness and exercise, likely a peripheral you don't have to buy, or might be cancelled altogether with Nintendo's statement about holding off on QoL.

I mean, come on guys. How many patent threads we gotta go through with the same reactions of "omg, stop Nintendo!" and actually believing a fake 3D printed controller is real because it looks exactly like a patent you saw. And the 3D printed controller was too close to the original patent about a function, not a design. Something I and many others kept saying over and over.

A patent is an idea. Many of these ideas will not get used but prevents others from taking your ideas if you plan to use them and incorporate some of the ideas in future products.

It's still neat though.
N

For the love of God, get me off this train please!
T

Can I strangle my hopes with it

Wouldn't the NX controller have already been designed by now, this must be for something else, that Quality Of Life device perhaps?

So this is what QoL was supposed to be.

Patent application should be rejected though, that rounded back deadlift is terrible: 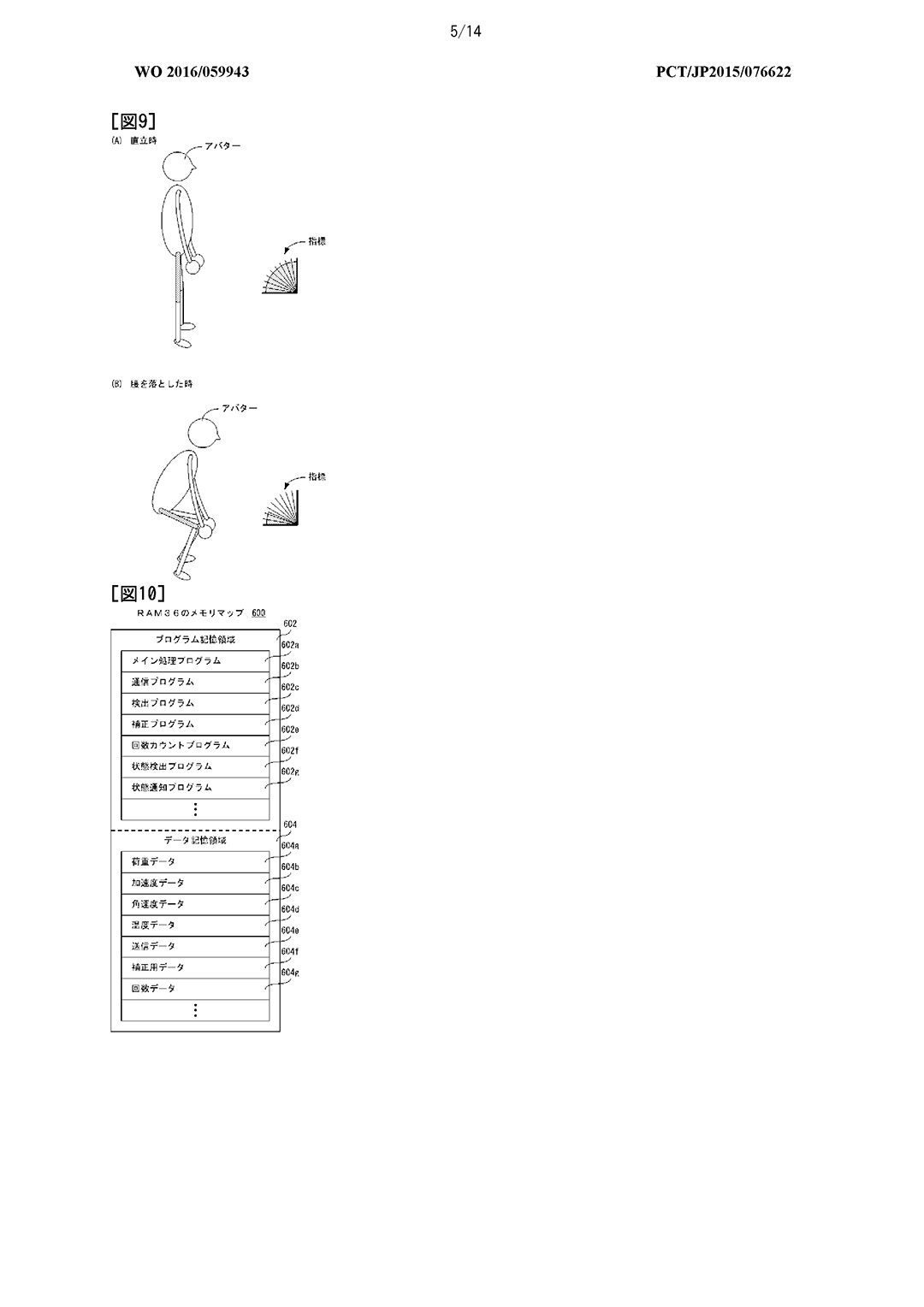 themagicalkitsune said:
Can I strangle my hopes with it
Click to expand...

This took me a minute to get lol.
K

They looked at the PS3 boomerang prototype and thought "we need to do this but make it even more ridiculous".
E

The big question is does Nintendo plan on selling a line of QOL software products for NX, each with its own peripheral, in addition to selling "regular" video games? And to what extent?
This sounds an awful lot like a repeat of the Wii business model.
N

That's just plain savage........I shouldn't be laughing this hard. QoL is going to be interesting when they fully show its plans.
S

Wasn't QoL put on hold for now? I remember reading some comment concerning that

Edit: Not on hold, but not coming any time soon either

http://www.gamespot.com/articles/nintendos-quality-of-life-system-not-coming-soon/1100-6434638/
You must log in or register to reply here.