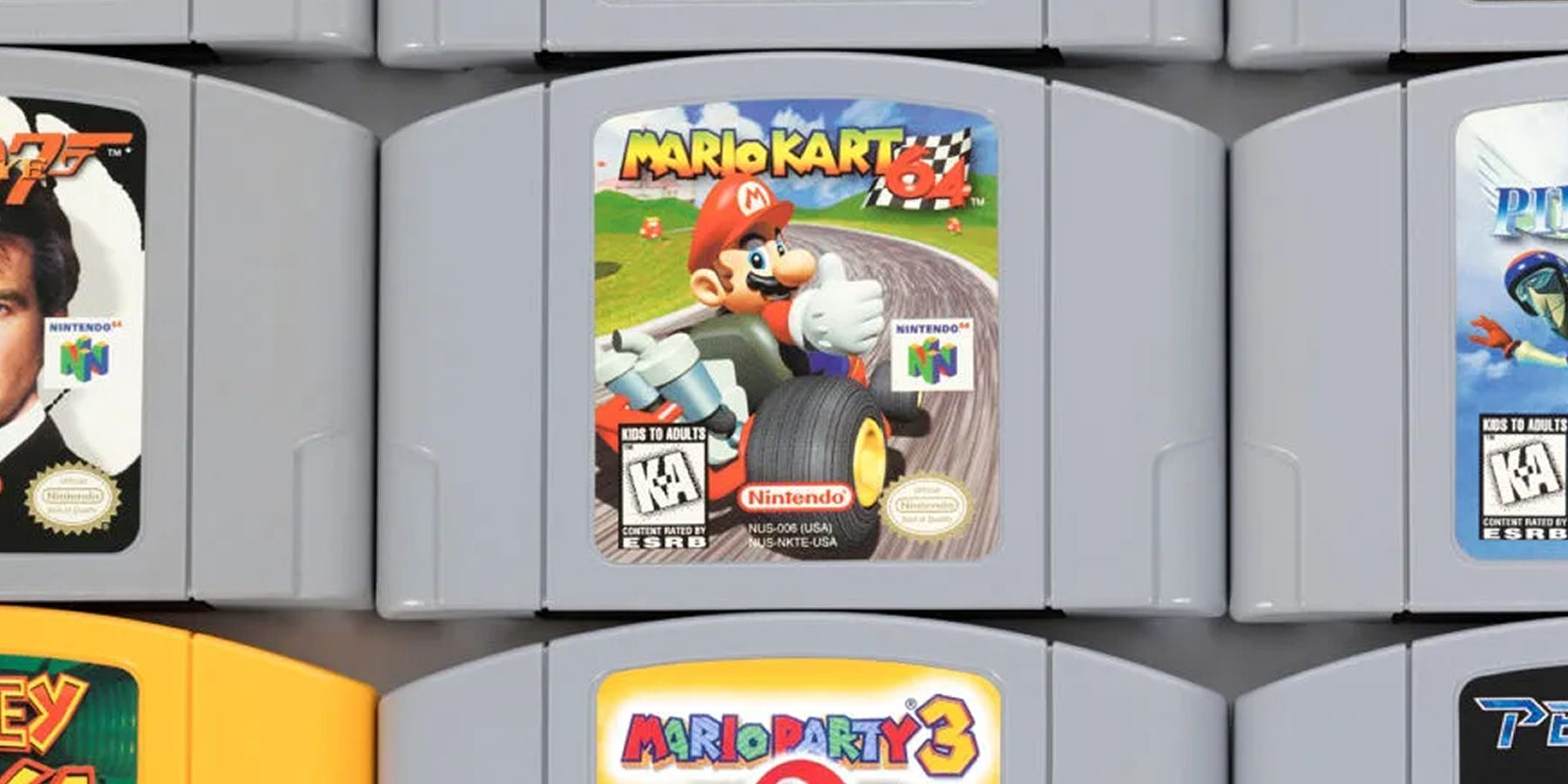 A loyal Nintendo 64 fan manages to obtain a rare promotional VHS tape full of in-development gameplay footage and uploads it for everyone.

A YouTube video has appeared that features beta gameplay of numerous well-known Nintendo 64 games, including the canceled Kirby's Air Ride, Blast Corps, and many others. The curious video comes from a promotional tape found at an auction said to deal with Super Mario 64's soundtrack. Instead, it turned out the VHS tape was mislabeled, and instead was made as an advertisement for the console as a whole.

The first part of the promotional material goes over the Nintendo 64 and its controller, as well how players use its buttons. However, after four minutes, the video turns into a lengthy commercial about in-development games featuring beta build gameplay footage. This includes evidence of things cut and removed from the final builds, such as Wave Race 64 having five racers instead of four.

In total, the VHS tape features thirteen games in detail. These games are StarFox 64, Wave Race 64, Blast Corps, Kirby's Air Ride, Cruisin' USA, Body Harvest, Star Wars: Shadows of the Empire, Mario Kart 64, Goldeneye 007, Turok, Killer Instinct, Pilot Wings 64, and Super Mario 64 was unsurprisingly saved for last. However, Mortal Kombat and Wayne Greyzky’s 3D Hockey are shown briefly at the end, with Doom 64's logo being included to say that it's one of "over 50 games" in development for the console.

Some beta footage seen in this video has made its way on the internet before, as seen with StarFox 64 and Kirby's Air Ride's beta gameplay being rather similar to E3 showcase footage seen in 1996. However, this new YouTube upload has been ripped directly from the promotional VHS tape and scaled up to 4K, making this the highest quality currently available.

Fans of these games are rejoicing at the lucky find while also studying it closely to understand how these games changed from their final products. The most notable examples are how Kirby's Air Ride looks to feature more skateboard-like physics compared to the easy-going racing of the final Kirby game found on the GameCube. Super Mario Kart R, later known as Mario Kart 64, also features different item boxes.

Tanks Caps, the owner of this curious VHS tape, has said that the video has been uploaded publicly for the sake of video game preservation. Fans are allowed to use the footage for whatever they desire, as well, as Tanks Caps says in the description that they're "just glad it's out there and not on someone's shelf to collect dust." The video itself is an incredible find for both aspiring game developers to learn from, and other dedicated Nintendo 64 fans to look back on with nostalgia.


A few months back, I was alerted to an odd promotional VHS tape for Super Mario 64's original soundtrack. This piqued my and my friends over at Forest of Illusion's interest and, I assumed, several others. As you all know, when it comes to securing items like this, silence is golden. My pockets aren't as deep as you'd think and, unfortunately, this tape went for much more than I'd bargained for, but I'm very glad I won it all the same.It turns out the tape is a loop of known pre-release footage for the Nintendo 64. This footage, however, has all been uploaded for several years now in low quality or watermarked. Or worse: Both. I'm here to fix that today.

While I don't want to be too preachy, I think it's important that preservation is done properly. No hoarding. No claiming. Just available. This is why I've asked Forest of Illusion to upload this footage to archive.org for your own use. Feel free to do what you want with it! I'm just happy it's out there and not on someone's shelf to collect dust.

This tape was captured at 720x480 and scaled to 4K to reduce youtube's compression algorithm
Click to expand...

It's been so long since I've seen it, but the game footage looks the same as what was included on the N64 promotional VHS tape that was sent out with Nintendo Power.

Oh nice, I’ll check this out!

Me and my friend really loved Blast Corps but we had no idea what we were doing. I wish I could go back and slap the both of us, grab the controller out of our hands and explain how to play it.

We couldn't convince his mum to buy a Controller Pak so we had to leave it on all the time, but we could never progress much as it would always lose power when the electricity card ran out because his mum was an irresponsible alkie.

This is really cool.
One of my co-workers is going to lose his shit over this.

Awesome quality, really brings back the memories and some of the hype feeling. N64 was so exciting.

I guess it's a different 96 Turok build.

Not really related to the video, but I feel like the N64 is when Mario was at celebrity status still, his presence in say Smash 64 felt so much more impactful in that game compared to later Smash releases when his status dwindled somewhat

Related to the video, watching that beginning really rekindled that N64 love! I was always fascinated by the N64, and watching that video re affirmed it! It's such a majestic system, so simple yet pushing the boundaries of what was possible with games in that era

Love anything video from this era.

That’s the standard N64 E3 1996 promo video Nintendo distributed. I watched it probably a hundred times back then. It’s nice that it has now been preserved in such a high quality.

I love this kind of stuff. Thanks for sharing.
You must log in or register to reply here.

cireza replied
Feb 15, 2022
Zelda 64 has been fully decompiled, potentially opening the door for mods and ports
2