Next Tomb Raider game in development at Crystal Dynamics

The next game in the Tomb Raider franchise is in development, but will not be announced in the near future.
Square Enix plans to celebrate the series’ 25th anniversary all year with retrospectives, “nostalgic content”, and more, while Crystal Dynamics begins work on Lara Croft’s next big adventure.
According to franchise game director Will Kerslake, this project will unify the ideas of the original PS1 games with the more recent reboot trilogy.

“We envision the future of Tomb Raider unfolding after [the rebooted trilogy], telling stories that build upon both the breadth of Core Design and Crystal Dynamics’ games, looking to unify these timelines,” he said as part of a social media puff piece.
“With Tomb Raider’s extensive history, this is not an easy task, and we ask for patience as we go through the process.”


As already noted, there’ll be no major game announcements in 2021, although Netflix has announced that it’s partnering with Legendary to bring a new Tomb Raider anime series to its streaming platform.
This will continue the story of the reboot trilogy, and will follow the adventures of Lara Croft as she scours the globe, uncovering long lost treasures.
Currently, no release date is know for the next instalment, but expect to learn more later in the year. 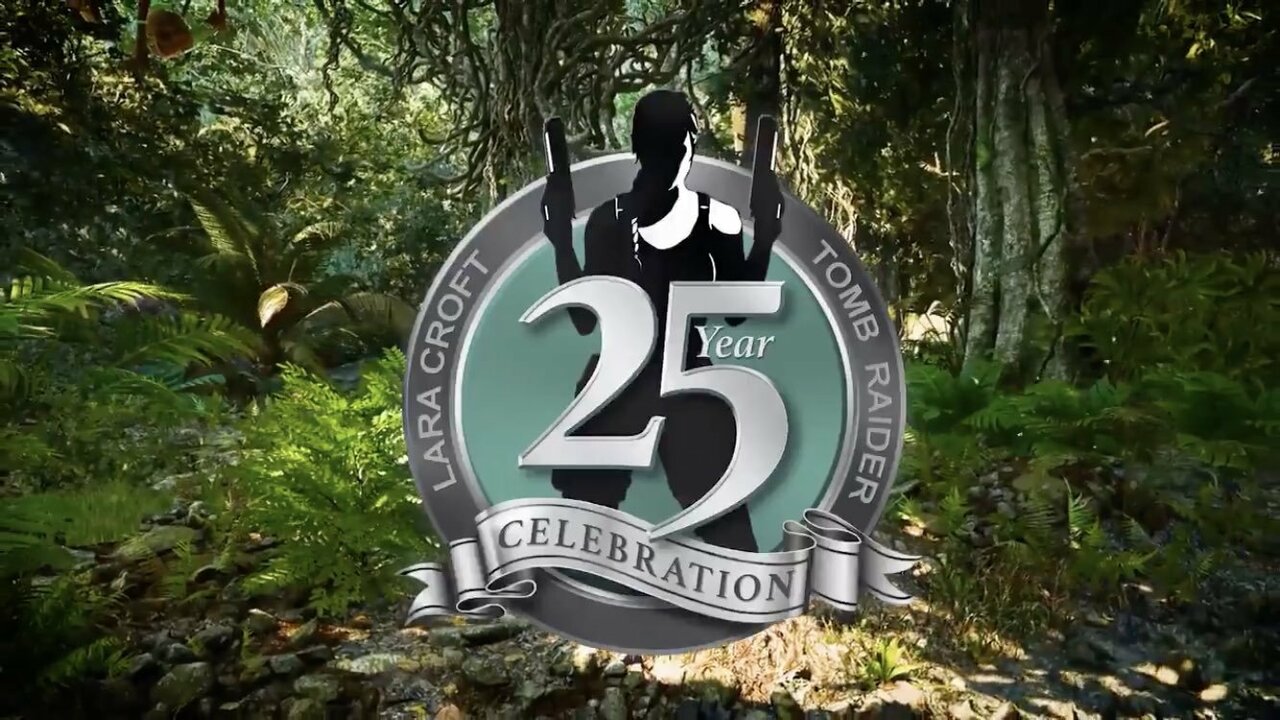 Next Tomb Raider Game to Blend Originals with Reboot Trilogy

But developers plead for patience

I didn't play Shadow. Is that run officially over? Like, as in another new Lara incoming? Or that same Lara, just on a whole new arc?
J

I hope they model the gameplay using bits from the PS1 games instead of just reusing the story.

First two were alright. Third one was a game devoided of any heart or soul.

Hope that they manage to make their best TR game yet

wired_controllers said:
I didn't play Shadow. Is that run officially over? Like, as in another new Lara incoming? Or that same Lara, just on a whole new arc?
Click to expand...

Shadow is the best of the 3 if you ask me. It's a good homecoming, with a lot more exploration than TR 2013 (good game, bad TR) or ROTTR (which was mediocre). Anniversary is unequaled.

Nice, not sure why but I was under the impression Shadow was the last one they were doing. I’ll play another TR.

ScarletSpider said:
Nice, not sure why but I was under the impression Shadow was the last one they were doing. I’ll play another TR.
Click to expand...

Hugare said:
First two were alright. Third one was a game devoided of any heart or soul.

Hope that they manage to make their best TR game yet

I really enjoyed the first 2, the third did nothing for me. The story was never the main draw though, I liked completing all the tasks. It's one of the few series that made things challenging rather than just time consuming.

Well, another awful TR game is on the way I guess.

Xenon said:
I really enjoyed the first 2, the third did nothing for me. The story was never the main draw though, I liked completing all the tasks. It's one of the few series that made things challenging rather than just time consuming.
Click to expand...

When the story isnt the main drawn, gameplay has to make up for it. And in this case, it didnt for me. Too simple and samey.

Like, The Witcher 3 is one of my all time favorites due to its storytelling, despite the simple gameplay mechanics.
Couldnt finish AC Origins or Odyssey 'cause they didnt provide me with either, good story or gameplay.

Learned their lesson after Avengers crash and burn I see.

I never played 'the old' games, but I enjoyed the recent 'trilogy' quite a bit.

But also I enjoyed Lara Croft Go on mobile, and those isometric puzzlers, one is called Osiris something....

You could tell that Eidos-Montréal didn't want to make Shadow. It's just so plain and soulless. I had to stop playing it eventhough it was free for PS+. I did finish the first two.

They could make an awesome Predator singleplayer game where you would play as Dutch!

“We envision the future of Tomb Raider unfolding after [the rebooted trilogy], telling stories that build upon both the breadth of Core Design and Crystal Dynamics’ games, looking to unify these timelines,” he said as part of a social media puff piece.
Click to expand...

They have been saying the same old crappy lies over and over again ever since Legend came out in 2006 and always right before a new game was coming out in order to hype old-time fans. Of course after the games came out then came the disappointment. The truth is and it's obvious after all these years that 1)they don't give a fuck about the old games and most importantly 2) they don't understand what was that made them so good in the first place (hint: it wasn't Lara).

Not to mention they always downplayed the classics everytime they got a chance (like during their commentary in the special edition of Anniversary or before the release of the 2013 reboot).

So yeah fuck you Crystal.

balls of snow said:
Learned their lesson after Avengers crash and burn I see.
Click to expand...

Thats what I thought seeing the thread as well. Utterly failed at trying something else, so lets go back to the last thing that didn't fall completely flat on it's face.

Yep. Edios Montreal. It's a damn travesty they where put on that instead of I dunno......Deus Ex like they where doing.

Could not care less about Tomb Raider anime (or just about any other Netflix anime based on video games), but judging by what they've said, the next Tomb Raider will be next gen and PC only which is a good thing cuz it won't have past gen roots all over the place and will be made from the ground up for next gen consoles and PC. I'd say we'll have to wait at least 3-3,5 years for the new Tomb Raider, plus I think pre-production is already started.

Avengers was a disaster and for SQE it was a huge mistake to waste CDs and EMs precious time and resources on this BS of a game. I can only hope that they've learned something and won't make the same mistake again.

Big boobs on a small frame?

I just hope Lara isn't a whiney negative bitch like in the last 3. She needs to be more positive like me.

Big boobs on a small frame?

Replayed the whole trilogy including all DLC recently, TR2013 had the most bombastic movie-like story and layout, Shadow had some seriously nice sections and beautiful environments but Rise is the overall best game in the trilogy and the DLC was great. Crystal Dynamics is a good dev and I’m cautiously optimistic about this. I’m trying to think what kind of nostalgia they can add though, I doubt they’ll go with old school Lara even though many fans want that but maybe they’ll go with more open maps and actual tomb raiding instead of the freedom fighter nonsense.

Played the whole trilogy (had to force myself into completing it honestly). I rarely got what I expected from a Tomb Raider game, my reference being the first one on Saturn.

Way too much combat, unnecessary towns and places where you waste time doing basically nothing.

And in the third game, the amount of useless stuff to pick up became really annoying. First game was still okay, but both sequels brought it to stupid levels.

How hard is it to make nice levels, full of secrets and puzzles ? They know how to do puzzles, they were actually pretty good in these last games. Why do they feel forced into making the games so long with padding, useless fights, craft, NPC, towns, picking up shit and all this stuff...

Go back to its roots!
Make it a FPS!
oh shit I'm giving them ideas 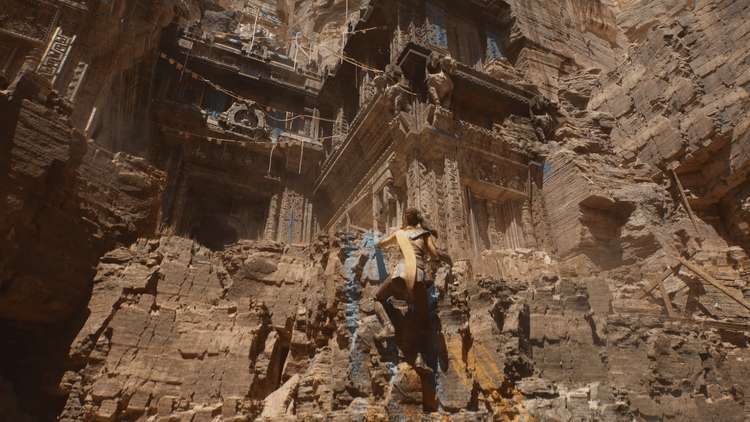 Nothing less will do!

Please no more hubs like in Shadow. It turned into an assassin's creed game and the last hub was 5 times longer than the first so it got so boring being stuck 1/3 game in local clothing and with crossbow only.

Loved all three games in the reboot. I'm happy the franchise is back with CD. They should always be in charge of TR, instead of making GaaS shit like Avengers. What a waste of time.

I was somewhat harsh with this series originally, but I went back to it recently and it turns out I actually enjoyed it. Especially when it came to tombs and puzzles (combat often overstayed its welcome).

I recently finished Rise and I’m slowly moving through Shadow. For all the shit you can say about the things the game does poorly and the deserved mockery for the shitty writing, I still find I way more enjoyable than the baffling snooze fest that is Horizon Zero Dawn.
Last edited: Jan 28, 2021

Hopefully is gonna be more like the first remake and not the other 2.

I like the games, looking forward to the new one.

Hope they reboot the entire series. those new 3 tomb raiders where dumpsterfires.

How can you blend the original Tomb Raiders with the new ones? How does that even work?

It's like blending chocolate ice cream with dog shit.
D

Boy they are dropping Avengers quickly like the plague

Rat Rage said:
How can you blend the original Tomb Raiders with the new ones? How does that even work? 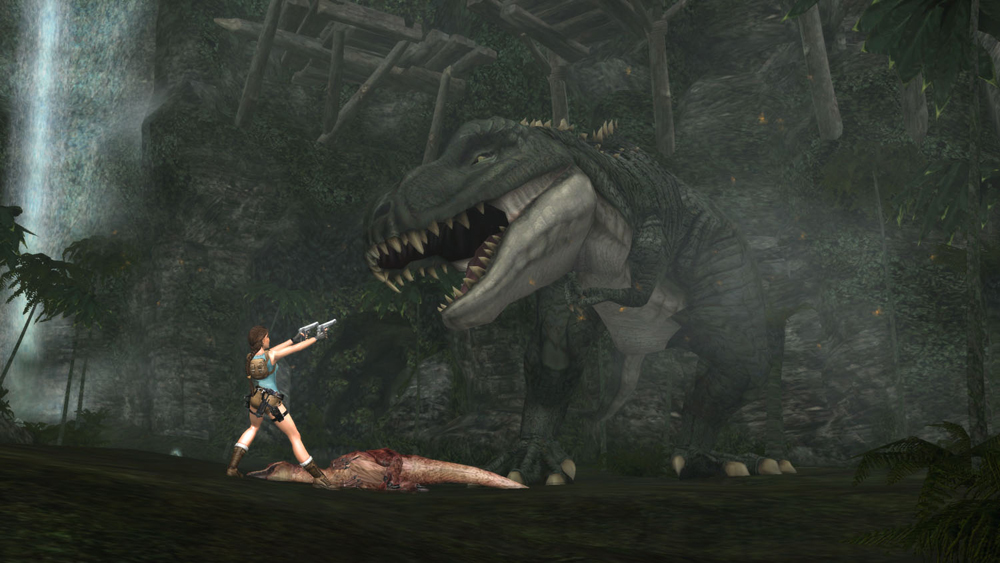 In before it becomes Microsoft console exclusive for a year

KyoShiRo330 said:
Shadow is the best of the 3 if you ask me. It's a good homecoming, with a lot more exploration than TR 2013 (good game, bad TR) or ROTTR (which was mediocre). Anniversary is unequaled.

Rein it the fuck in and remove all the bloated crafting and pointless open world parts.

I just completed Shadow Of The Tomb Raider a couple days ago (thanks to PS+ free game this month).

I personally thought it was the best of the three reboot trilogy, a graphical stunner, with some great set pieces (escaping the flood, climbing Croft manor in the flashback, that whole section in the hellish red cavern where you link up with the monster priestess).

It's close to being as good as Uncharted and a new game in the series only needs to make a few tweaks to get it there.

-Lose Jonah. A terrible downbeat sidekick that sucks the life out of every cut scene he's in.

-Lose the artifacts and diary entries. Ooh I found an old amulet, can I sell that to upgrade my gun? No - but you can stop the game dead to read a dry museum-like description about it.

-Lose the villager conversations unless they're quest givers. Again, not interesting listening to them prattle on, and for a 'race against time' story another pace killer.

Make all the Crystal Dynamics team watch Raiders Of The Lost Ark, and focus on achieving that vibe. A propulsive adventurous feel.

It will be a new Lara
Probably
You must log in or register to reply here.

MagnesD3 replied
Jan 26, 2023
Crystal Dynamics has announced it is now developing the next TOMB RAIDER
News 3 4 5 6 7

deeptech replied
Nov 20, 2022
Square Enix has demanded the removal of alleged details on the next Tomb Raider "Jawbreaker" that were published last week
News Rumor 2