I hope they release the pc version simultaneously. My Mito Laser board is ready. 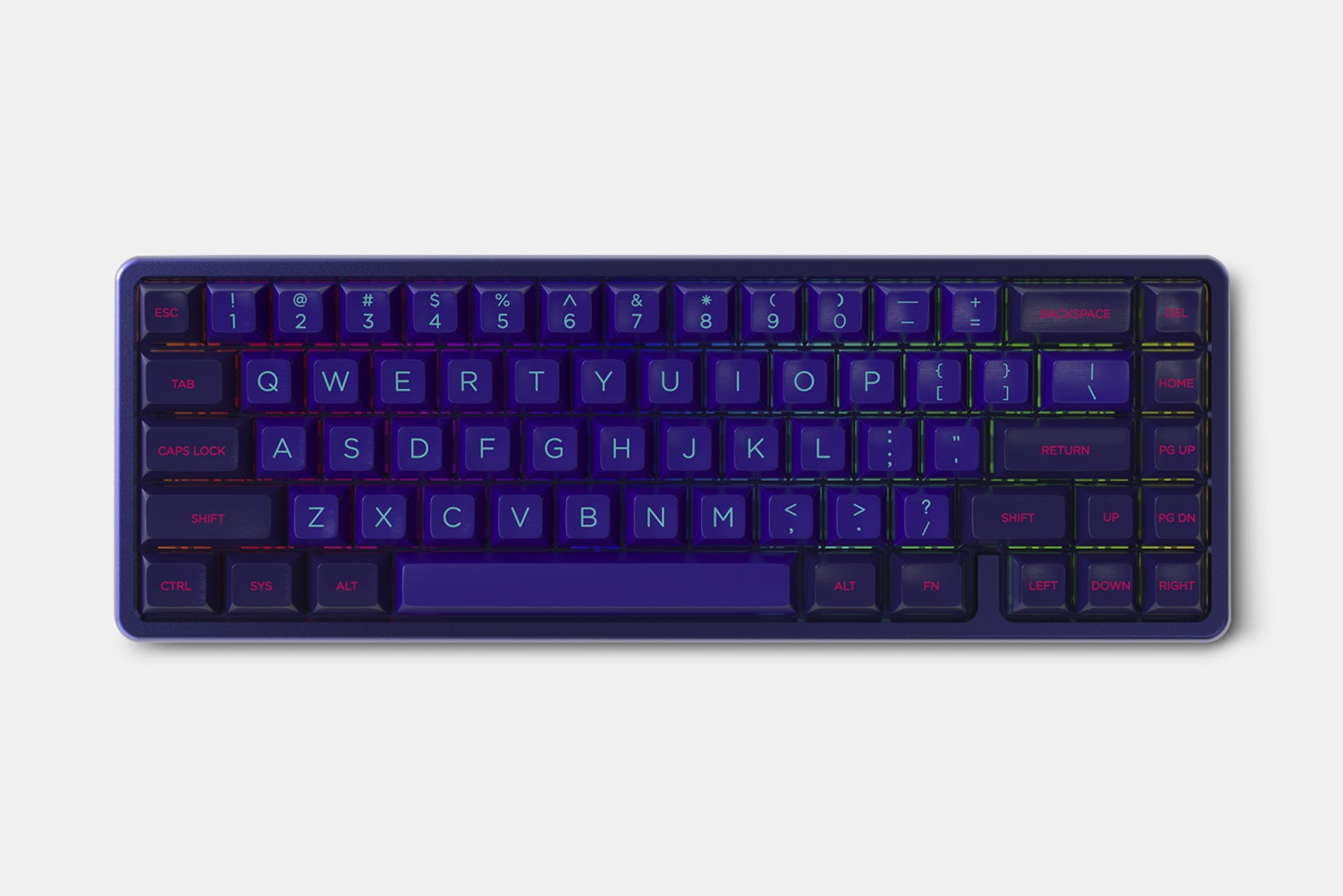 Been waiting for the VI(CE) announcement with baited breath since, well, V. It's only logical.

If the stuff about the extended VC stories mechanics is true it's even better. This thing is going to be insane. I'd still prefer Bully 2 personally but I can only imagine what's gonna happen when they apply the RDR2 formula to GTA.
Last edited: Jun 30, 2019
Reactions: DeeDogg_

That’s why I wouldn’t mind GTA delving into the far future like this also, like they could play in the Cyberpunk genre or even post Cyberpunk for a change, whilst I love the idea of visiting Vice City again, I feel like we are just going around in circles, I mean what’s next after that?

Liberty city yet again but bigger again? (Though Brazil will be a nice change)

Or even further in the future but keep it somewhat slightly grounded so it’s not too Saints Row 4.
Last edited: Jun 30, 2019

the 70s and 80s are just a far better setting for narrative in a game like GTA. Cops were far more corrupt, height of the drug war, and it was when all the radical left communist politics started to kick in. They could make a modern commentary in this setting
Reactions: BabyYoda
D

Deanington said:
I hope they release the pc version simultaneously. My Mito Laser board is ready.
Click to expand...

They won't, because they know PC gamers are such dumb clowns that they'll double dip.

The format of "wishlist" rumors makes zero sense, especially in an era where it's somewhat public knowledge how games are made. To get this much information, someone's sources would either have gotten information from multiple people working across various departments and teams, or somehow information from project leads and managers.

Reading the Reddit thread, the source is desperate for attention and acceptance of his "leaks."

He casually mentions he lives in Edinburgh where he knows two former journos and is friends with a Rockstar employee.
Edinburgh was a part of a supposed Rockstar employee Glassdoor review "leak" a month ago. Seems he dropped that crumb to give his leak credence.
He has his birth year and possibly first name in his username. Not using a throw away account...

The other leaks mentioned a Cuban city. He says the major city is Rio, which is about as far away as you can get in Brazil from any U.S. city. Cuba would make more sense for drug trade in the 80s not to mention traveling between them in game.

This rumor is bunk. It's a poor attempt at adding info to the more legit sounding one from late April.

Since GTA4, there has been a major Rockstar game details leak about 1.5-2 years from release that seemed to come from the same person. This isn't that person.

Unfortunately nothing about the gameplay. The gunplay in those games is utter garbage and makes them virtually unplayable IMO. Hope they can give us something close to max Payne 3 gameplay
Reactions: Mister D

i admit i fell off the franchise after GTA: SA. the more realistic style of IV and V didn't really gel with me. hoping they go for more cartoony/stylized this time around. Vice City had style in spades.

AV said:
Been waiting for the VI(CE) announcement with baited breath since, well, V. It's only logical.

If the stuff about the extended VC stories mechanics is true it's even better. This thing is going to be insane. I'd still prefer Bully 2 personally but I can only imagine what's gonna happen when they apply the RDR2 formula to GTA.
Click to expand...

Minor correction but GTA IV and V are part of the same canon (HD era, whereas the PS2/PSP games - excluding Chinatown Wars - are the 3D era). But yes we have yet to see a new rendition of Vice City.
Reactions: AV

KyoShiRo330 said:
One playable protagonist this time.
Click to expand...

I'm assuming they ditched using big name actors for voice acting to save money. Especially when games like GTAV and RDR2 made so much money without them. I assume most long time GTA fans would love for some big name actors in the next game, but I really doubt Rockstar are gonna do it. At least Rockstar is pretty good at picking their no name VA. Steven Ogg really knocked it out of the park in GTAV.

Would have been down for a hard ass Latina woman as the MC in a Vice City setting but it's no big loss. Scroll down that list and see drugs mentioned at least 5 times, can't remove the connection of Vice City and drugs. Hoping it ends up good.

I bet this song will be one of the tracks.

No thanks. Shit was tedious enough in RDR let alone when I'm in a full blown battle with the neighbor hood rats or the police are on my ass for throwing gum out the window.

What exactly will strongest hardware allow for GTA game, that wasn't possible before?
N

This sounds awesome if they actually went down this path. Its unique enough to merit revisiting Vice City but a lot of the text reads as fan fiction. I don't buy it.

This would sexy, but I have a feeling they will go with modern day. All the kids and teenies playing GTA Online would not be that interested in this.

Not a fan of more realistic elements as I vastly prefer the more arcade Rockstar games.
But other than that it sounds great, Vice City is still the best setting they've had so I seeing what they can do with it next gen would be amazing.


Birdo said:
I doubt they will ever do a modern day GTA again, due to outrage culture and politics (I think Rockstar mentioned this in an interview last year).

I don't know man, if they are afraid of the Outrage culture I don't know if going to South America is the best move. So many things they could do to be attacked for being "racist", or "enforcing stereotypes" and all of that.

Imagine there being a prominent Cuban character who lives in the US (vice city) and sells drugs, or a depiction of South America where there's a lot of poverty or anything like that, Kotaku and Polygon would have field day with that:
"GTA VI enforces negative stereotypes about immigrants", "The depiction of Cuba/Brazil in GTAVI is problematic", etc

This leak sounds pretty good, I hope it turns out to be true!

Could we maybe be playing a younger version of Ricardo Diaz? The drug lord from Vice City who owned the giant mansion on Starfish Island. That could be interesting considering the events in Vice City.
Last edited: Jun 30, 2019

Paperboy said:
Could we maybe be playing a younger version of Ricardo Diaz? The drug lord from Vice City who owned the giant mansion on Starfish Island. That could be interesting considering the events in Vice City.
Click to expand...

Assuming the rumor is even true, it's likely just a coincidence. The 3D era games are separate from the HD era games and it's likely that will continue to be the case going forward with GTA VI.

Sounds amazing. Playing in the 70’s and 80’s sounds good should make for a great soundtrack.

Disappointing to hear how they are handling the weapon system if true. Soundtrack is gonna be a huge deal in this game.

Sounds amazing!!! This may be the most legit leak yet.

They should allow us to play both male or female unless male character is as good and developed as Arthur Morgan.

I didnt like playing any of the protagonist in GTAV and also didn't like Niko.
Reactions: JimiNutz

Sounds like a realistic rumour and also quite a safe bet for Rockstar. Some of the details sound cool and I do really enjoy Narcos.

That being said, I didn't really enjoy GTA4 or 5 for various different reasons and I liked RDR2 less than both of those so it's hard for me to get really excited about this.

I really hope they've spent a long time thinking about the minute to minutes gameplay, character movement and controls, shooting mechanics etc. Something I feel like Rockstar get too caught up in the 'big picture' part of the game and random details/features but fail to focus on the core minute to minute gameplay.

RevenantX said:
They should allow us to play both male or female unless male character is as good and developed as Arthur Morgan.

So if they were female you would have liked them?

Please be true! This all sounds Ammmazin'
G

No big surprise but this has been confirmed as fake by Jason Schier, the infamous games jernalost.

The Tribe Has Spoken

I have no reason to believe it's true, but it sounds good to me.

All i wanted was Vice City and the 80's. Now can they top Vice Citys soundtrack?, that will be tough.
Reactions: BabyYoda

sponk said:
If the rumors are true, I don't think the game will sell as well as GTA5. A lot of people like GTA5 because it's based in Los Angeles and happens in the current time. Guess one could say that GTA becomes a victim of its own success. It will sell like crazy, but not GTA5 crazy.
Click to expand...

The 80s won't be a big step back in time and technology restrictive like RDR2 was. You can still have all the same kind of stuff as GTA Online.

I won't believe any of these leaks until there's a trailer or something with it.
Last edited: Jul 1, 2019
Reactions: MightySquirrel

KingdomHeartsFan said:
So if they were female you would have liked them?
Click to expand...

Hard to tell coz they were not female.

An HD Vice City in the 80s would be awesome. I can imagine it now - coked up and driving my Phoenix as fast it can go while listening to the solo of REO Speedwagon's Take It On The Run and crashing into some dudes breakdancing on the corner.

This sounds fucking awesome sign me up
Reactions: off duty ninja

I'm not sure if I believe this. I hope it has many cities. The 80s setting sounds great.

Too good to be true
Reactions: mortal

shaddam said:
Too good to be true
Click to expand...

Indeed. But on the other hand, why would anyone spend so much time and take that much effort just to fool some people that they doesn't even know?

Too good to be true but don't sleep on Rockstar...

Looks like I’m getting a next gen Xbox for this game (I was probably going to get one anyway, but this game will make it happen)!
L

makaveli60 said:
Indeed. But on the other hand, why would anyone spend so much time and take that much effort just to fool some people that they doesn't even know?
Click to expand...

Because they can. Never underestimate the amount of time and effort trolls will invest in their craft. Remember the guy who designed, modeled and 3D-printed his own Switch prototype?
You must log in or register to reply here.

Leaker who got everything right about RDR2 in 2016 also leaked a bunch of GTA6 info (Vice City+Cuba, present day, 2 protags, more serious story)