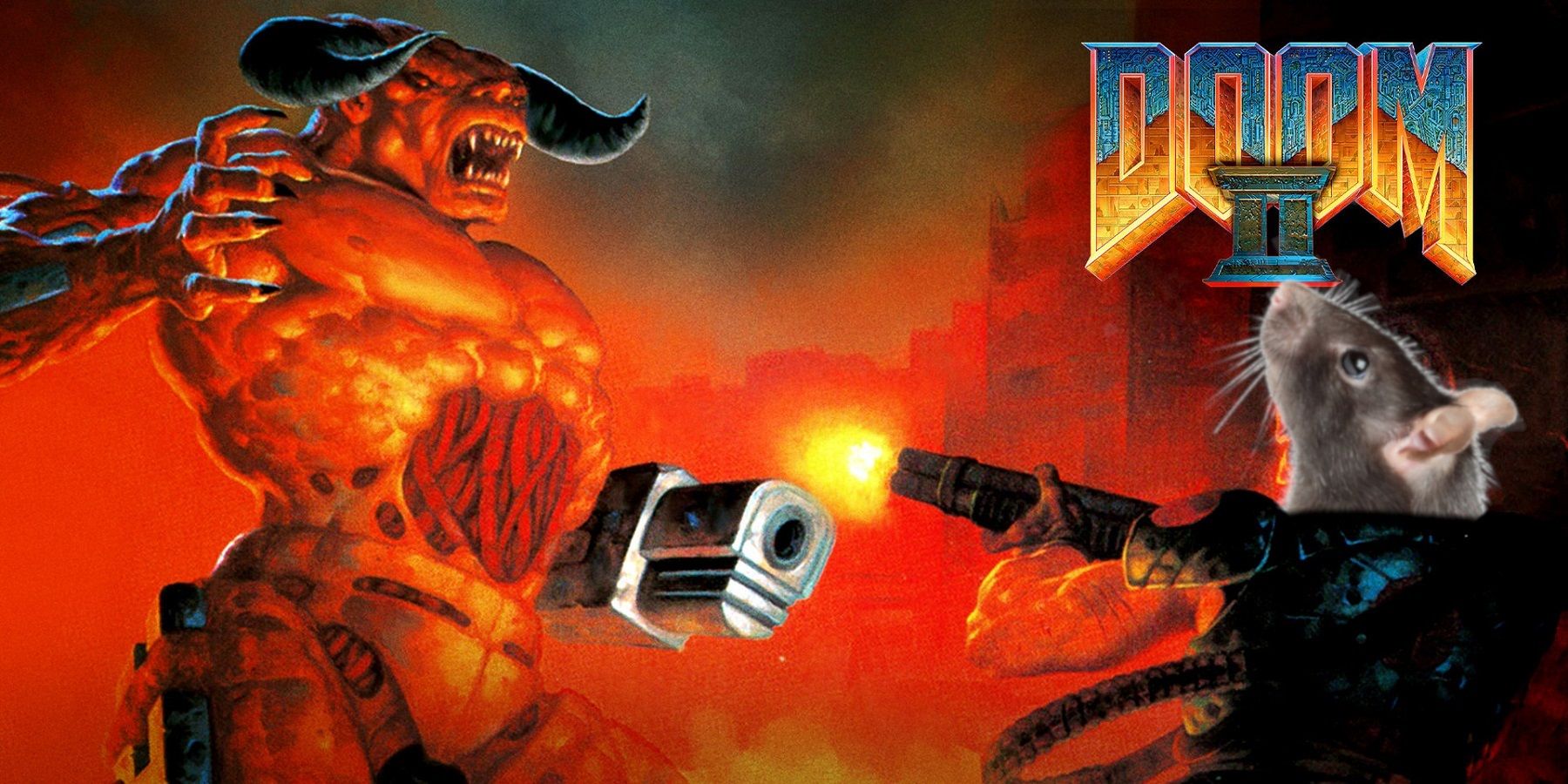 There are many ways people try to play the classic Doom games, but now a scientist trains a bunch of rats to play the influential FPS.


According to a report, as well as a YouTube clip, a neuroengineer named Viktor Tóth has spent the better part of a year teaching three rats to play Doom in a sort of rudimentary way. Tóth explains that they created a VR setup in which the rats could "traverse a corridor" which was built in the Doom 2 engine. Each rat was placed with a harness onto a ball attached to motion trackers. Tubes were placed between the rats and the monitor showing the level, and they were rewarded with sugary water from the tubes when they learned to do the "right" thing.

It was then a case of training them to kill one of Doom's most notorious monsters, the imp, which appeared down the long corridor. Initially, the rats were not sure what to do, but Tóth explains, hit detection in the software was initiated at first that would operate a "push-pull solenoid lifting the animal slightly upwards," touching the button that shoots the imp. With positive reinforcement, the rat gets rewarded with the sugary water once it learns what to do.

On top of this clever and interesting experiment, the rats are named after the co-founders of id Software John Romero, John Carmack, and Tom Hall, with each rat having their own personality. It's perhaps important to state that this is only a rudimentary implementation. The short video shows that the rats are indeed activating the on-screen action in a basic way, but, as the report says, it raises the question of whether they are playing in any "meaningful" way.

Please tell me they are green.

Someone needs to dye them green. For

They also write reviews for polygon

"What brand mouse do you have?"

That mouse on the trackball is cute, but this is what I hoped to see: 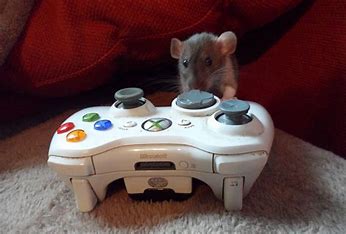 Is that we are calling it now, teaching?

Cute, but equivalent to button-mashing and being rewarded any time a Shoryuken comes out accidentally. Ain't learnin' shit

Came in here for a green rat comment, was not disappointed.

The rat isn't playing shit though. I could strip down, windmill a controller and accomplish more in this severely limited version of Doom. As long as I slap the right buttons eventually I can proceed.

Despite all my rage, I am still just a rat in a corridor

Who the hell is funding this?
C

Someone wake me up when they are actually playing Doom and not just walking in the same direction endlessly.

I'm not sure what's being done here that's any different from just a Hamster in a wheel. 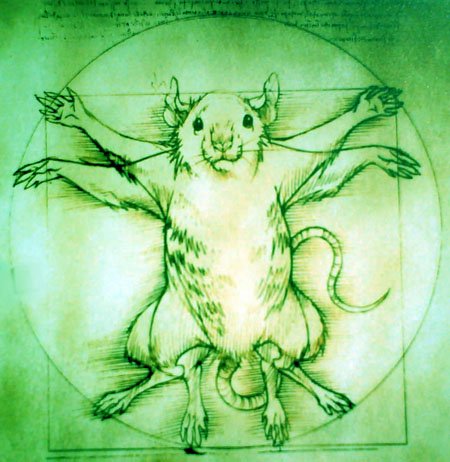 were they named Romero and Carmack before they were trained to play Doom or....

Wake me up once they learn to circle strafe.

And what's new about this? I know a lot of rats that play Call of Duty and insult other people.

Most likely just some project done in the person’s spare time.

Probably tax dollars so I guess we are!
P

BusierDonkey said:
Came in here for a green rat comment, was not disappointed.

The rat isn't playing shit though. I could strip down, windmill a controller and accomplish more in this severely limited version of Doom. As long as I slap the right buttons eventually I can proceed.
Click to expand...

Are we suggesting to tell the rat to “Git Gud” ?

Ye know too much

Spaceman292 said:
Ye know too much
Click to expand... 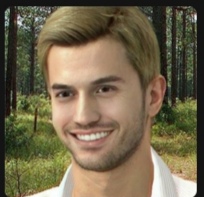 I love when scientists are nerds.

Wait, that's all of them.

These rats are not "playing" anything. They are just doing something they've been conditioned to.

Contrary to game journalists, I'm pretty sure that rat could have beaten the Cuphead tutorial: 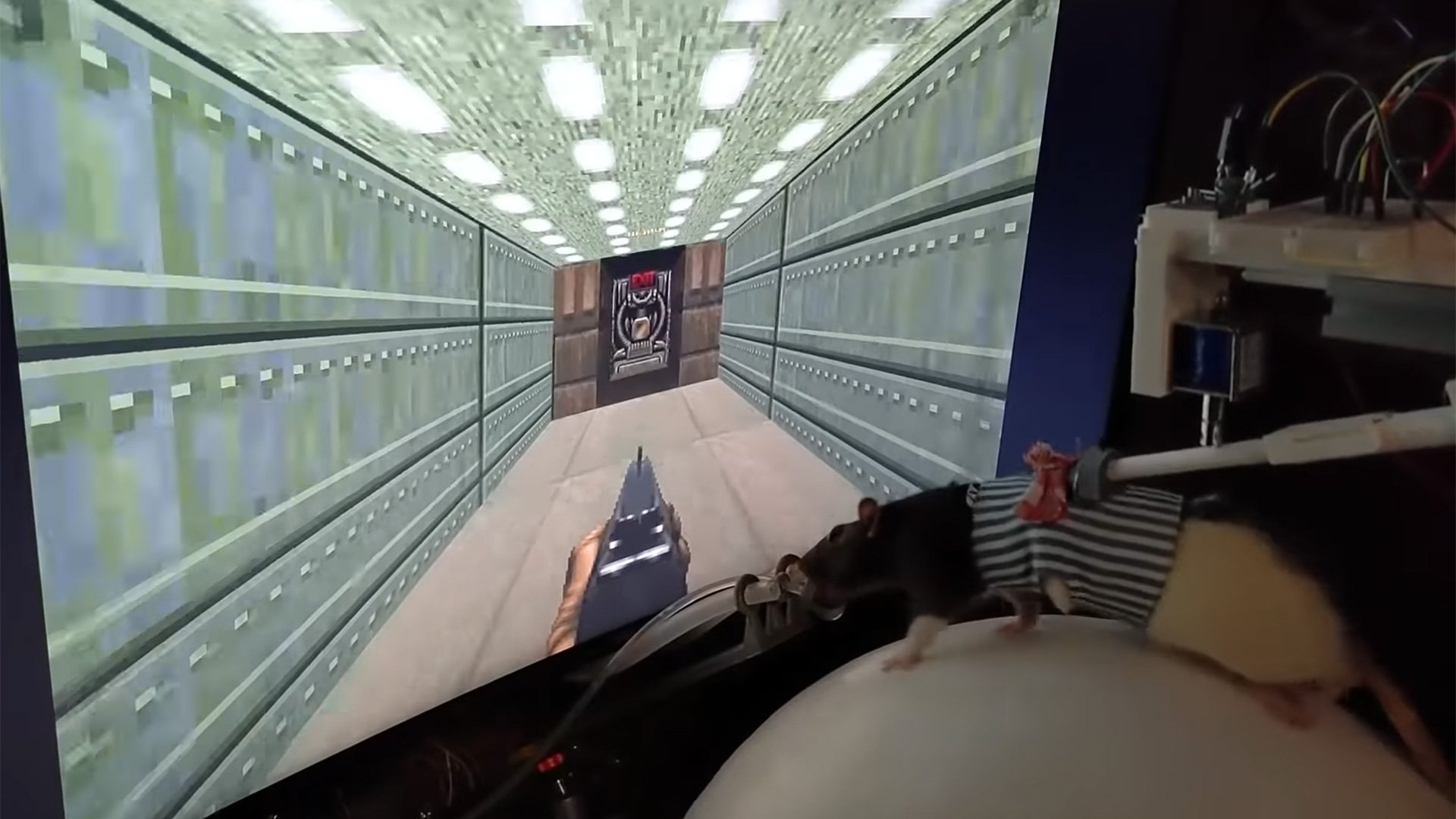 Speaking to Futurism, Tóth stated that he’d like to try streaming the rats’ gameplay on Twitch to help fund his project and raise its profile.

I think [streaming on Twitch is] a very valid way to monetize a project like this,” he said. “The only problem is how long the rat can run for.

“I had [one rat called] Romero running for 15 minutes one time, which was great. That was crazy because he was doing it for so long and didn’t get tired or want to get off.

“So if you can actually get the rat to a point where it actually expresses a curiosity in the game, then it could get really interesting.

“If you could get to that point and rats would actually ‘play’ for 10 or 20 minutes straight, then yeah. Twitch streaming would be a very valid way to get this in front of people.”

Tóth says he’s going to try more experiments in the future, and that he liked the idea of trying to teach the rats how to play 3D Pac-Man, but concedes that it would probably be too difficult.

“Behaviourally, it makes sense,” he explained. “The rats don’t really like to attack stuff. They run away from things in the wild. That’d be the dynamic with 3D Pac-Man. You’d have to look back to see if there’s a ghost behind you.

“Of course, this setup isn’t realistic yet because the rat has to turn around […] and it’s just very difficult for the rat. That’s why these Doom-like first-person shooter games just make more sense.

“It’s just easy and fun to have the rats run and shoot.”
You must log in or register to reply here.