It looks good and bad. Remove the Xmas bits + the gold stick/buttons and it would look nice. 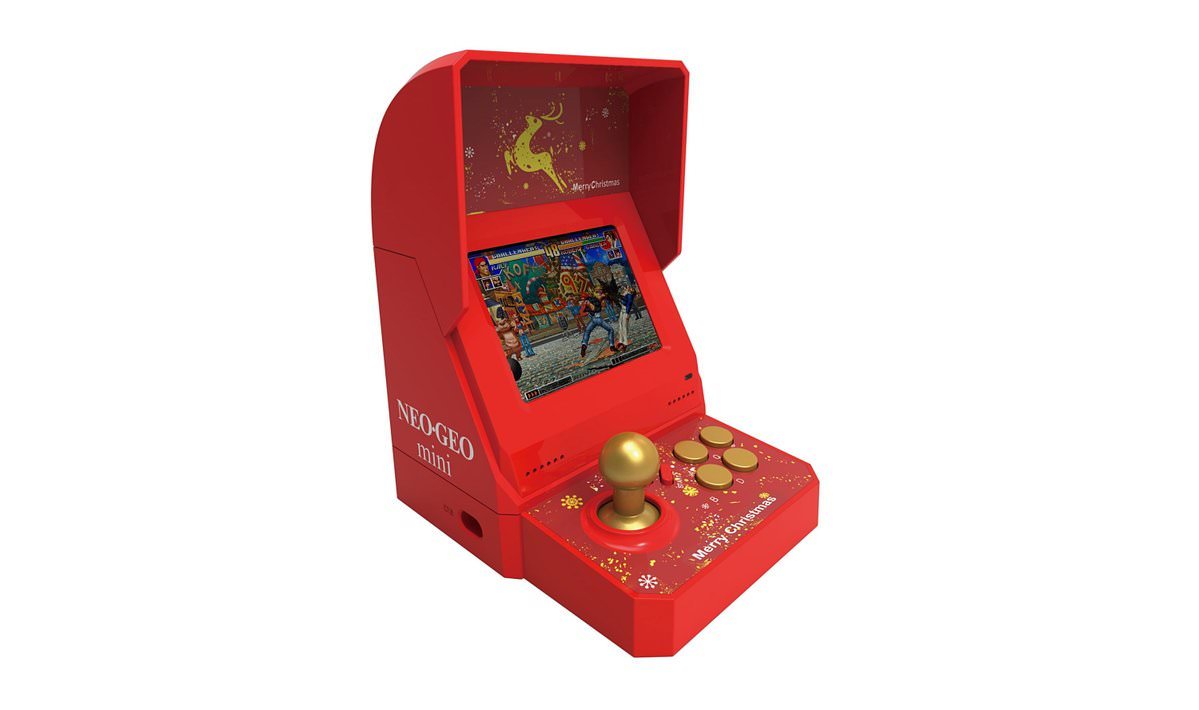 SNK has announced that the Neo Geo Mini is set to receive a limited edition Christmas variant which will come with more games included. This edition has 48 games available to play, as opposed to the standard edition's 40.

From the 48 titles set to be available in the Christmas edition, nine are not available on the standard and international versions (both of which had different titles, which means you'll need all three to truly be complete and contented). The image below shows all of the games you'll be able to play, and you can find a full list of games from the original machine in our hardware review to compare. 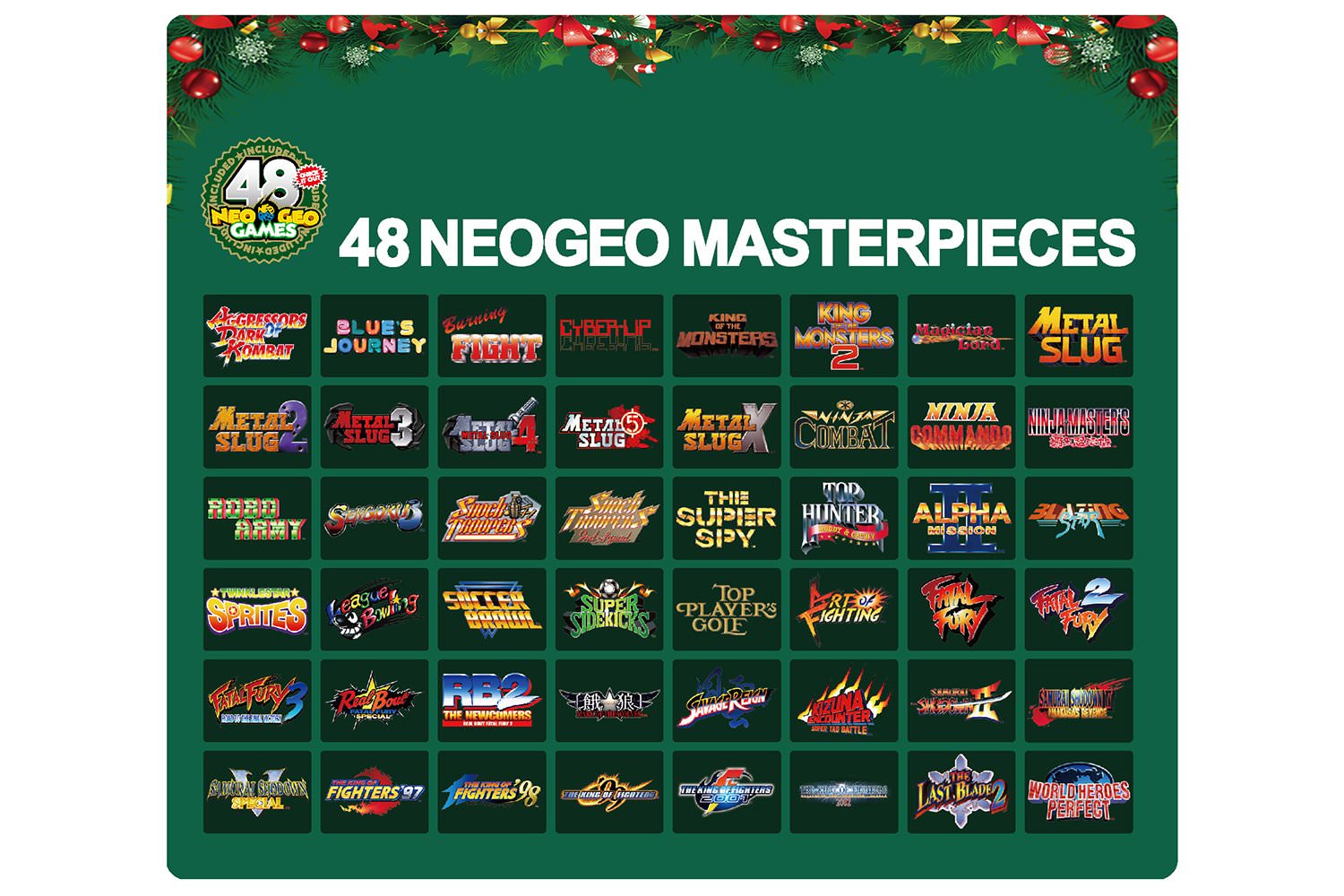 Here's the full list, with titles in bold being new entries which were not included on either the Japanese or International versions of the Neo Geo Mini:

No exact release date or pricing has been confirmed for this special release just yet, but it would be pretty safe to assume that it will become available over the next few weeks ready for Christmas. Of course, this new model - which may well be the most hideous-looking console we've ever seen - will likely make the original version a little less appealing thanks to its superior library of games, but at least the older model doesn't look like a box of chocolates you got from Santa.

We'll leave you with some images of the new Neo Geo Mini down below - it comes with two special edition gamepads, an HDMI cable, stickers and more. We feel sick just looking at it.

I need this in my life.
V

So, that's a real thing?

I have nothing against Christmassy stuff, but that looks horrible IMO.

It’s ugly as sin, but I mean it comes with The Super Spy. Fucking bought!

I was really stoked on the pads but then I found out they do not use micro switches like the originals.

This looks like it would win an ugly sweater contest.

Shame the form factor is a gimmick fest piece of shit. All SNK are doing with these are contributing to the global e-waste / plastic pollution.
S

So, this christmas version is the JP version plus the good games of the international version, an extra pad and some garish design?

I'm OK with that.

I freaking love the neo geo! Why did they have to mess this up? Just do like Sony and copy Nintendo for fucks sake.
You must log in or register to reply here.