FranXico said:
A cross-over, now that interdimensional portals are a thing.
Click to expand...

Now that's an idea right there.

unintelligent orange said:
These words were echoed by Naughty Dog, I know. But I think they could do it. The J&D series was heading in more mature direction as it progressed already and I think they could apply some more grounded realism to it if they did it right.
Click to expand...

StateofMajora said:
Lol. So Jak can fight the evil white patriarchy and daxter can get a sex change? Fuck current Naughty Dog.
Click to expand...

Flutta said:
What ND needs is to get rid of cuckmann, when that is done we can talk about what games they should make next.
Click to expand...

What you guys need to do is act your fucking age and stop running the same out-played jokes and phrases into the ground. Get a grip
Reactions: pixelation and Perrott

unintelligent orange said:
You look at the concept art that was released for the cancelled reboot and the problem I see is not with the overall art style but specifically what they tried to do with the presentation of the characters people so fondly remember. I think the correct approach would be to present the characters of Jak and Daxter in the CG-like art style captured in the wallpaper for Jak 3 below. It would be a natural evolution for today's current graphic fidelity: 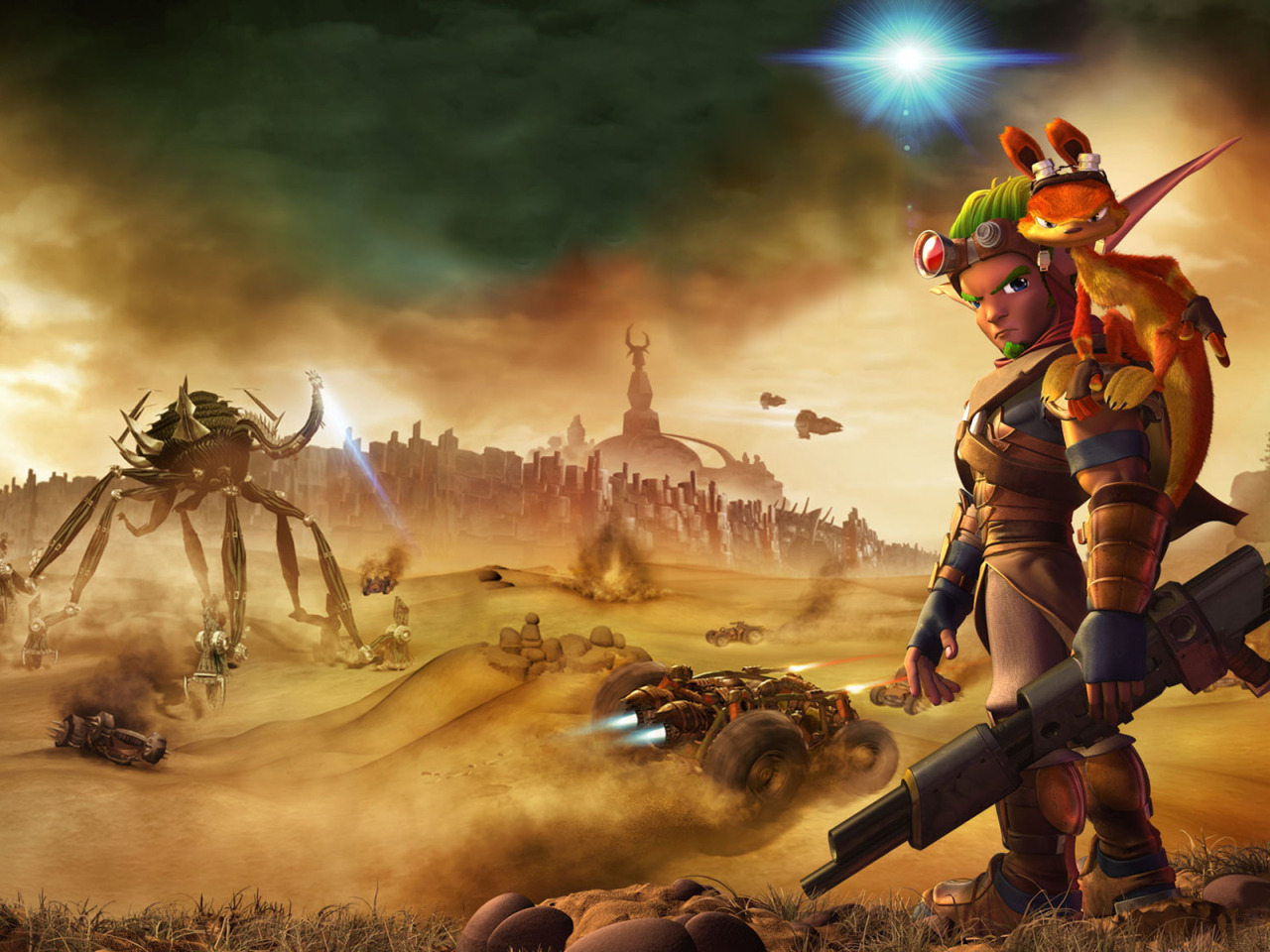 There is no need to re-imagine the characters in the way they were trying to do in their cancelled reboot. The level of realism in the above picture is ideal - more detail could be added to this even still, but the core of the artstyle (of the characters specifically) should not be changed. You can also see an animated version of this type of CG artstyle in the Jak 3 commercials:
Click to expand...

If they were to reboot Jak & Daxter, I'd like for them to maintain an art style consistent with the PS2 games. As you said, the wallpaper above is a good reference point. They could add more "realistic" details for things like cloth, hair, fur, and the lighting and physics that would be associated with them, but don't alter the character designs at all. Use the same design style with the same physical proportions, unlike the "Jak 4 concept art" that apparently threw all of that out the window.

If the current team at Naughty Dog doesn't feel confident that they could produce Jak & Daxter to fans' satisfaction, then I would recommend handing it off to Insomniac, as

Hudo suggested earlier. Insomniac already did a great job with their PS4 version of Ratchet & Clank. Although the original J&D wasn't "their" game, they have proven that they are capable of adapting other people's characters, as we've seen with their Spider-Man games. Insomniac also has historically had a close association with Naughty Dog (probably even closer now, since they're now both under the Sony umbrella), so they should be able to tap into their contacts at Naughty Dog if they need help maintaining consistency with design or story elements.
Reactions: Grand Theft Scratchy

That's like asking Santa Monica to go and make another Kinetica.

GIve it to Insomniac

the actual naughty dog is a very different naughty dog than the one who made those platforms.
Reactions: Holammer, Keihart and wyvern_bloodfist

Who’s Jak and Dexter’s opponent? I think it has a chance of coming back.
D

Another reboot. Cos that is what we all need.

Games like this is what should be the main type of games on consoles instead of shooters.

But besides making these great games as remasters, would we trust naughty dog in a true sequel?
Jak and daxter is about platforming and not story driven cinematic games.

Are the same people even still there?

I would welcome a new entry if it was like Jak & Daxter: The Precursor Legacy, the best entry in the series. However, I'm afraid that the Naughty Dog, as of late, are too enamored with the idea of crafting grimdark, emotional experiences to where I really don't trust them to give us a proper sequel/reboot.

Visually, I agree that they should aim for a cartoony CGI art style as opposed to anything approaching photorealism. I remember when Insomniac first previewed Ratchet & Clank Future: Tools of Destruction, and people were saying how it looked almost like a Pixar movie and that was just on the PS3, but even now games with those kind of graphics have aged far better, in my opinion.
Last edited: Jan 17, 2021
Reactions: Onironauta

Con-Z-epT said:
I played them all and 2 and 3 are sure realy good games.

I just loved the first one so much that it did hurt to see how they went away from the first game.

Suddenly it was just so serious.
Click to expand...

Yeah I understand the change of tone can put off Jak 1 fans, but that tells nothing about the quality of the games : /
Reactions: Con-Z-epT
U

Whitecrow said:
Yeah I understand the change of tone can put off Jak 1 fans, but that tells nothing about the quality of the games : /
Click to expand...

Would depend I think on your age when you played the second one. A lot of kids who played Jak 1 were becoming teens by the time jak 2 was released and a darker tone was adopted to appeal. Personally I didnt feel it was that jarring, just a natural continuation that upped the ante in most regards.

I liked Jak 1 for its lighter more mysterious tone and I also like Jak 2/3 for it's darker tone. Both are good in their own rights.

I've had enough of Uncharted and TLOU.

So I'd welcome a new Jack & Daxter with love.

Be prepared for Jakie and Daxter, now with more SJW!
D

Just give it to the Astro Bot guys.

And how about some non shit remasters of the original three? How they ported Jak and Daxter 1 was criminal
Last edited: Jan 18, 2021

I wouldn't mind seeing them doing something like that.
Reactions: Hobbygaming

This seems like it would be a waste of Naughty Dog's talent. They're the best at realistic cinematic games

Whitecrow said:
Yeah I understand the change of tone can put off Jak 1 fans, but that tells nothing about the quality of the games : /
Click to expand...

You are right of course, but in the end the change of tone is what alot of people remember. More than the quality of the games. 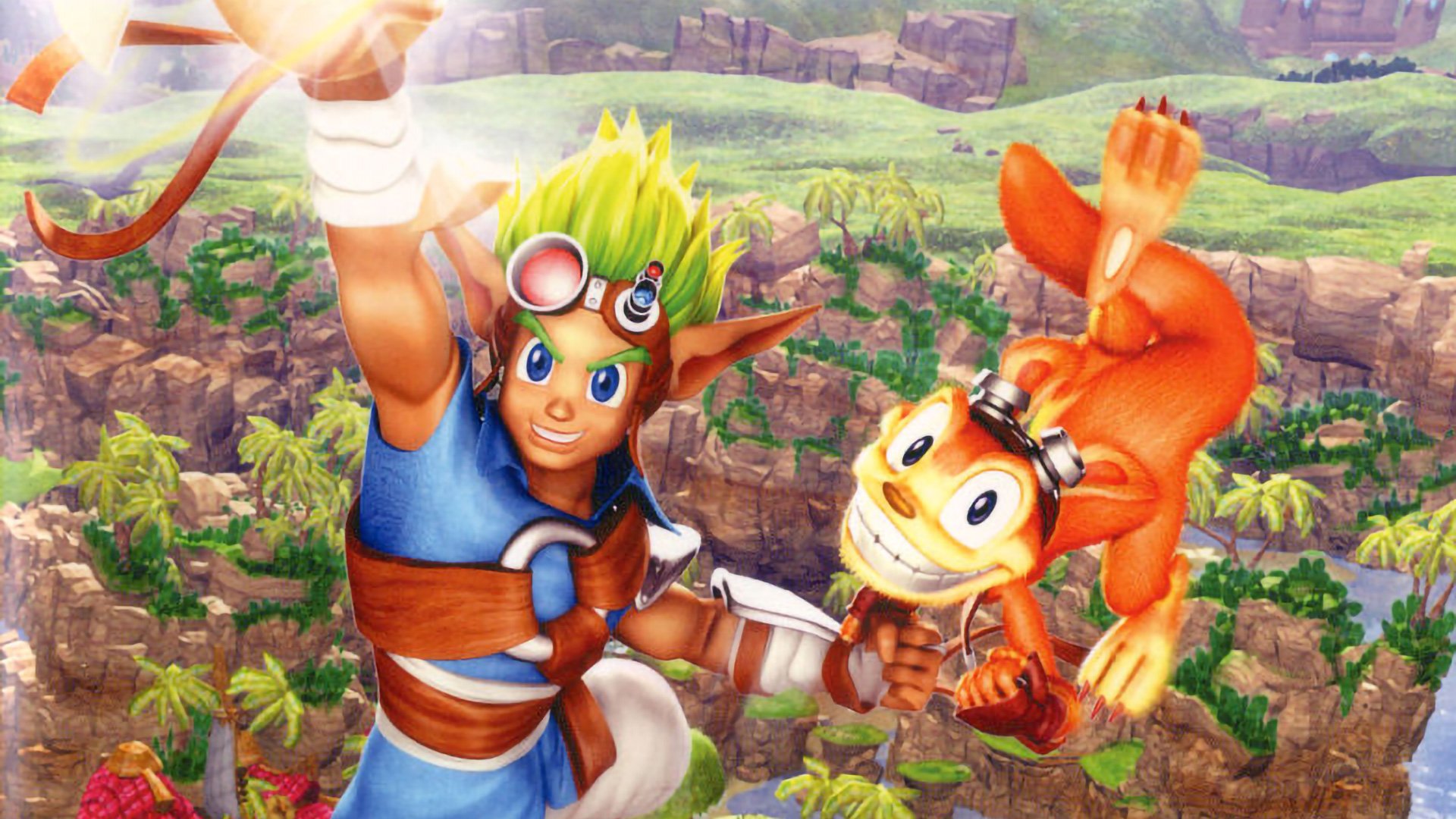 This is disappointing, but might be a blessing in disguise since the "woke" Naughty Dog of today would make Jack into Jill and Daxter would have purple fur and lecture the consumer about racism.

This is great news for me. The more mature nature of modern day Naughty Dog games is more to my liking. They have also improved the quality and depth of their games so much that I am glad they are not wasting their talents.

If the next PS5 Ratchet and Clank sells 10+ Million copies Naughty Perro would make the next Jak.

Good, if they were, they'd probably make Jak a buff lady and have an entire chapter on how Daxter's life is so shitty as a trans squirrel or something.
Reactions: MrTroubleMaker

who the fuck would want a jak and daxter game?

I think ND shouldn't waste their talent with Jak & Daxter, these games don't make sense today and these characters for the reboot looked horrible, as the originals ones.

I'd like to see them working on a new IP, a new Uncharted (with Nathan, Cassey or a young Sullivan as main character), and a TLOU3 focused in Joel and Ellie where Abby only appears to be tortured and killed in the intro. I'm ok with lesbians and so on, but I'd like them to stop with the sjw bullshit of uglyfying women, introducing awful filler characters to reach tokenism quotas, not being respectul with beloved characters because they are white males (in fact they are racist and sexist when thinkig that being white or male is something negative or problematic), etc.
Last edited: Apr 13, 2021

They'd have an easier time taking a nine iron to it.

hell no. Insomniac to the rescue...

Just play the Ratchet & Clank series. Better writing, gameplay, etc. I get that this obviously isn't the solution you're looking for but R&C is hands down one of the best franchises that Sony has and in gaming overall.

ND is not anymore the super talented dev that it used to be. All left for them now is super high tech and graphics quality, after Amy and Bruce left this studio has become bland AF.
Reactions: Arkam

I fear the only way this happens would be if Sony can simultaneously launch a movie based around the IP at the same time, which honestly isn't even a bad idea. I love OG Jak & Daxter. Would LOVE LOVE LOVE to see the series get a reboot.
J

Flutta said:
What ND needs is to get rid of cuckmann, when that is done we can talk about what games they should make next.
Click to expand...

He is one of the remaining team members that was part of the main crew that worked on the Jak and Dexter Trilogy. You're asking them to get rid of someone who knows the DNA of those games very, very well all because of sour grapes.
Last edited by a moderator: Apr 13, 2021

What ND needs to do is something entirely new.
S

Can toys for bob be commissioned to make it? I honestly can't see over the shoulder naughty dog being able too these days

You must mean Jacqueline and Daxterette?

yurinka said:
No, Jak & Daxter should remain dead. This type of games don't fit in Sony's AAA catalog anymore, and in the AA tier they already have it covered with Astro Bot and Sackboy/LBP.
Click to expand...

So Ratchet & Clank should remain dead also? Keep shitty opinions to self please!

Please no. Today's ND are very different from what they used to be.

Onironauta said:
Please no. Today's ND are very different from what they used to be.
Click to expand...

Exactly!
The same reason I want the Prince of Persia out of current Ubisoft’s hands, and with someone who treats the series correctly.
Reactions: SSfox

You know what I really want from Mario games? If Nintendo took it in a more realistic mature grimdark direction and have Mario & Luigi fight dino turtles with machine guns.
Said nobody sane ever, and this is what I would do with Jak and Daxter:
Reboot the first game in style similar to the original, but make it 20% different and by different I mean cuter. Expand the world and the roster of NPCs that J&D have meaningful interactions with for world building. Take the sequel in a new direction and file down that 2000's edge.
Last edited: Apr 13, 2021
You must log in or register to reply here.