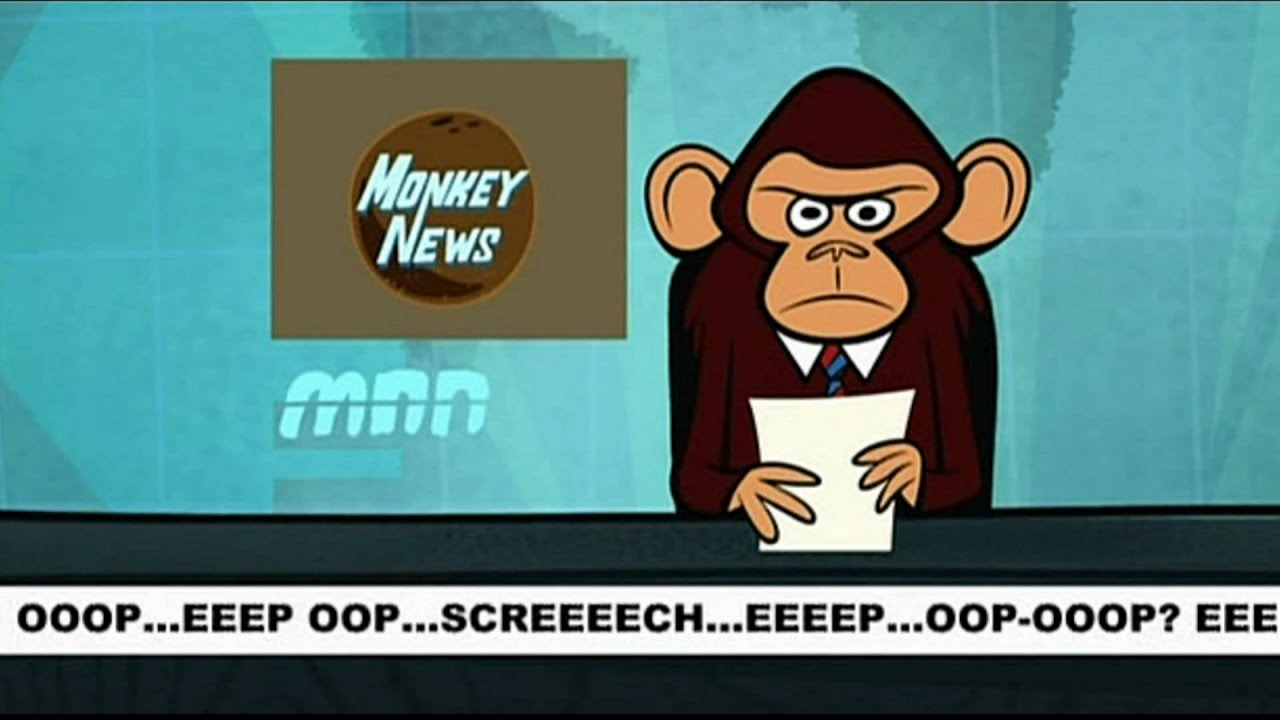 MONKEY gangs "hooked on sugary drinks" have been rampaging through a Thailand town mugging tourists for food and belongings in a fresh wave of terror.

Thousands of the unruly primates have been roaming the streets and terrorising visitors in the tourist hotspot of Lopburi. 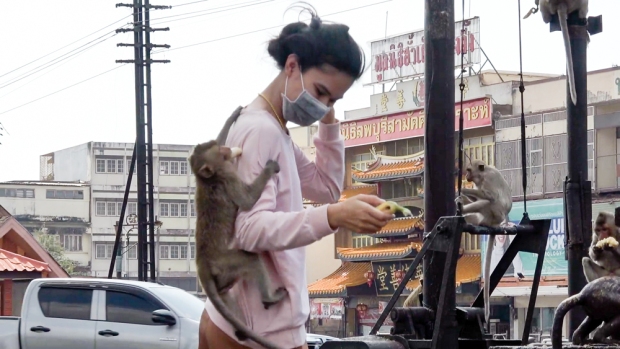 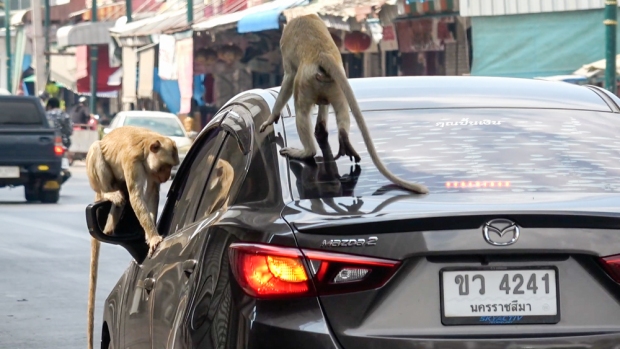 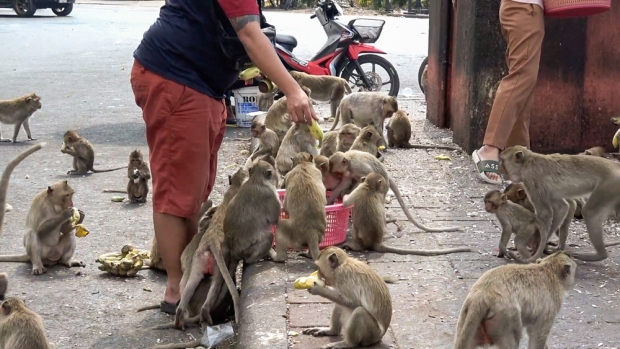 The town located some 90 miles north of capital Bangkok is known for its massive monkey population which attracts tourists from all over the world.

And since Thailand threw open its doors again to holidaymakers in November, the lawless monkeys have flooded the town's streets.

The primates have been wreaking havoc by climbing on people, stealing glasses from tourists and running across cars.

To make matters worse, the gangs are feasting on sugary treats from the locals as they believe the animals bring good luck to the area.

The monkeys had been missing out on snacks from visitors, but the fiends are now gorging on hundreds of bananas and syrupy drinks every day.

Footage snapped earlier this week shows the animals causing chaos as they scurry around the ancient city.

Locals can be seen handing out plastic tubes filled with syrup and sugar, which the monkeys suck dry before grabbing bananas from another man.

The creatures show a complete lack of fear for humans which means they exhibit extremely bold behaviour - clambering across the windshields of moving cars and jumping over people in the street.

There are also said to be rival monkey gangs marking their territory, sparking clashes when the two groups meet in the street.

One monkey troop lives in a nearby ruined temple, the other in an abandoned cinema.

In March 2020, the monkeys had an astonishing mass brawl over scraps of food.

The brazen fight in the middle of the street held up traffic for four minutes before one group was chased away.

Local Khun Itiphat said at the time: “I could hear them squealing. Then they ran on to the road and began wrestling.”

Vet Supakarn Kaewchot said: “They are so used to having tourists feed them. With tourists gone, they’ve more aggressive.

"They’re invading buildings and forcing people to flee their homes.”

And in February last year, dozens of monkeys took over a swimming pool at a school and rummaged through the bins in search of food.

Many of the creatures congregate around an ancient Buddhist temple, but they also took over the cinema, forcing the previous owner to move out and shut down the business.

Government officials have tried to control the money population without success.

In 2020, large numbers of monkeys were sterilised after their numbers spiralled out of control during the Covid lockdown, with well-meaning locals feeding them sugary drinks.

Eye-watering pics show the unconscious primates stretched out on operating tables in Thailand while vets carefully give the sex-crazed males the snip.

He said: "We had to have monkeys neutered because the residents said the more wild monkey population means the more problems and conflicts could happen between them."

But locals think the monkeys are lucky and hold a festival for them annually.

Environmental officer Narongporn Daudduem said the department has a long-term plan to build a sanctuary in another part of the city.

But the plans are likely be met with resistance from some of the residents who don't want the monkeys living near them.

Wildlife across Thailand is a strong draw for the 35million tourists that visit every year and account for around 20 per cent of its economy. 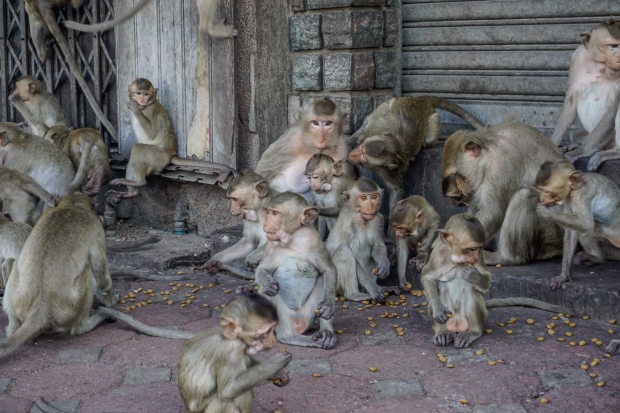 i've been listening to the xfm radio shows on spotify. bloody hilarious.

if you want all your monkey news:

Monkeys in a few years: 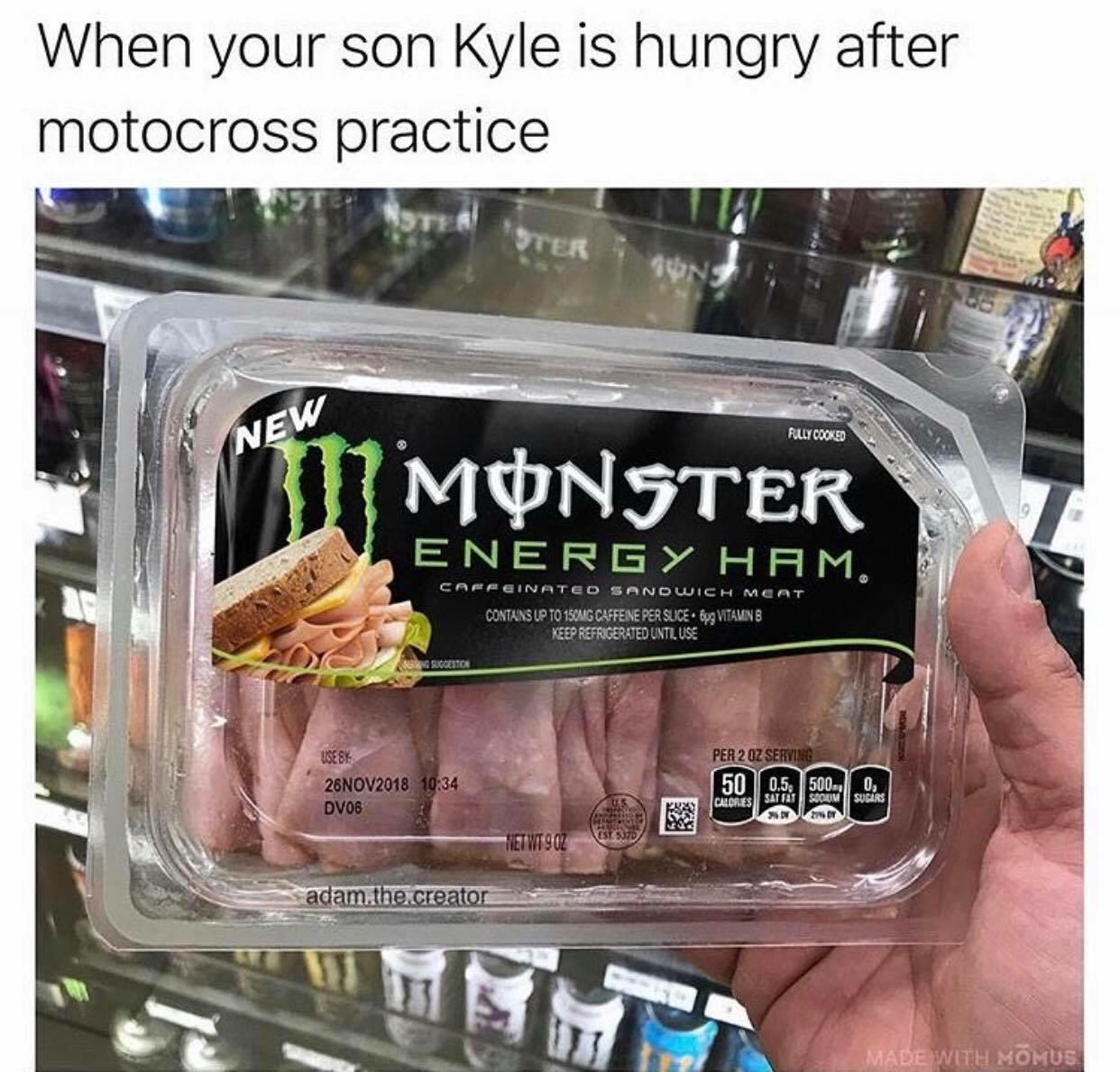 Monkey after the sugar binge

You know, I hate to be that guy, but nothing screams third world like...wait. I've made this post before. Nevermind. Go monkeys.

Are they somehow connected to the dog murdering crew in India?

At least it's not cocaine

Fuck Monkeys. The only good monkeys are Donkey Kong and AiAi (and their friends).

i've been listening to the xfm radio shows on spotify. bloody hilarious.

if you want all your monkey news:

The bank robbery is my favourite.

Meh. This is kind normal, and what people go to Lopburi for. Pretty sure downtown Kanchanaburi is prone to marauding mobs of monkeys. COVID has made tourism less consistent, so the large population of monkeys in those areas, somewhat bolstered by human involvement, no longer have the same amount of food available. So the last couple of years has seen a good amount of in-fighting, as the population works its way down to something more sustainable.

This is one of the reasons I'll never feed the animals here. Well, except for the elephants. They're fucking amazing. But I'm not feeding monkeys or other invasive species. They're plenty smart enough to fend for and feed themselves. Humans feeding them just creates an unstable situation. By comparison, the monkeys here in the south do not interact with humans too much. So when they do, it's mostly out of curiosity, and they tend to keep their distance. There's enough here that can kill you. Don't need to add rabid monkey to the list.

This is literally the plot of jumanji 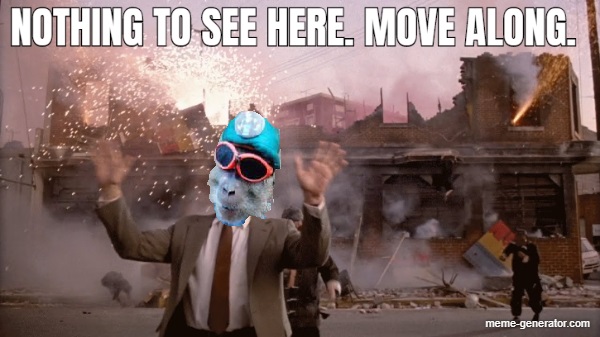 It's just my crew we're not bad dudes, we're born to be wild and we just want to live free 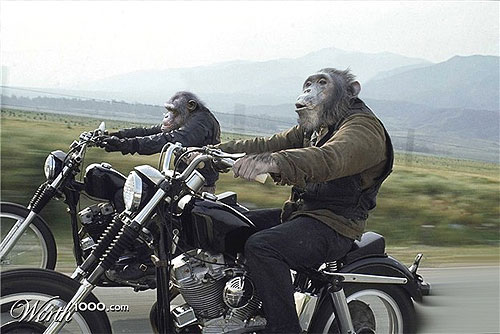 Careful about Andreww however, he watched too much anime and he's a bit weird now... 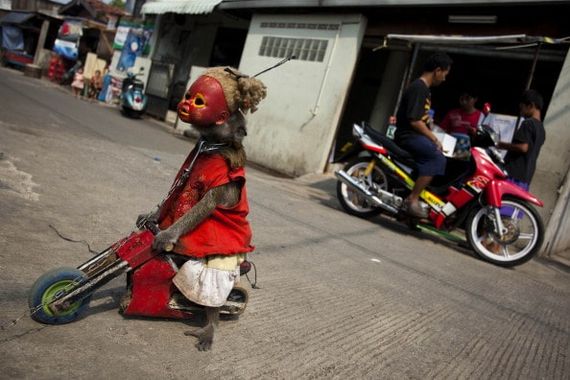