MLB the Show 20 has received its first gameplay trailer, as well as some info on what fans can look forward to from the series’ 15th anniversary entry.

Streamed by PlayStation via YouTube on Jan. 22 alongside a post to the PlayStation Blog, the trailer offers a glimpse at the gameplay players can expect from the latest entry in the sports game franchise with steals, slides and home runs galore.

Character models for players from a variety of teams also made their first appearances. Some are shown in action pitching, batting or catching, while others are shown cheering from the dugout, celebrating with their team or throwing a foul-worthy tantrum.

Alongside the trailer, a schedule of future livestreams and previews offered by MLB the Show 20’s developers, Sony San Diego, was unveiled for players to plan accordingly with.

These livestreams will include info on a variety of newly refined gameplay mechanics including an overhauled rewards system and a simplified league multiplayer system. Alongside these will be reveals of new mechanics, like dynamic on-field relationships, a new trade hub and the freshly minted “Showdown” game mode.

They’ll all be held on a weekly basis until the game’s release, and can be viewed via the studios’ official Twitch and YouTube channels.

More on that schedule can be found here.

MLB the Show 20 has received its first gameplay trailer, as well as some info on what fans can look forward to from the series' 15th anniversary entry. 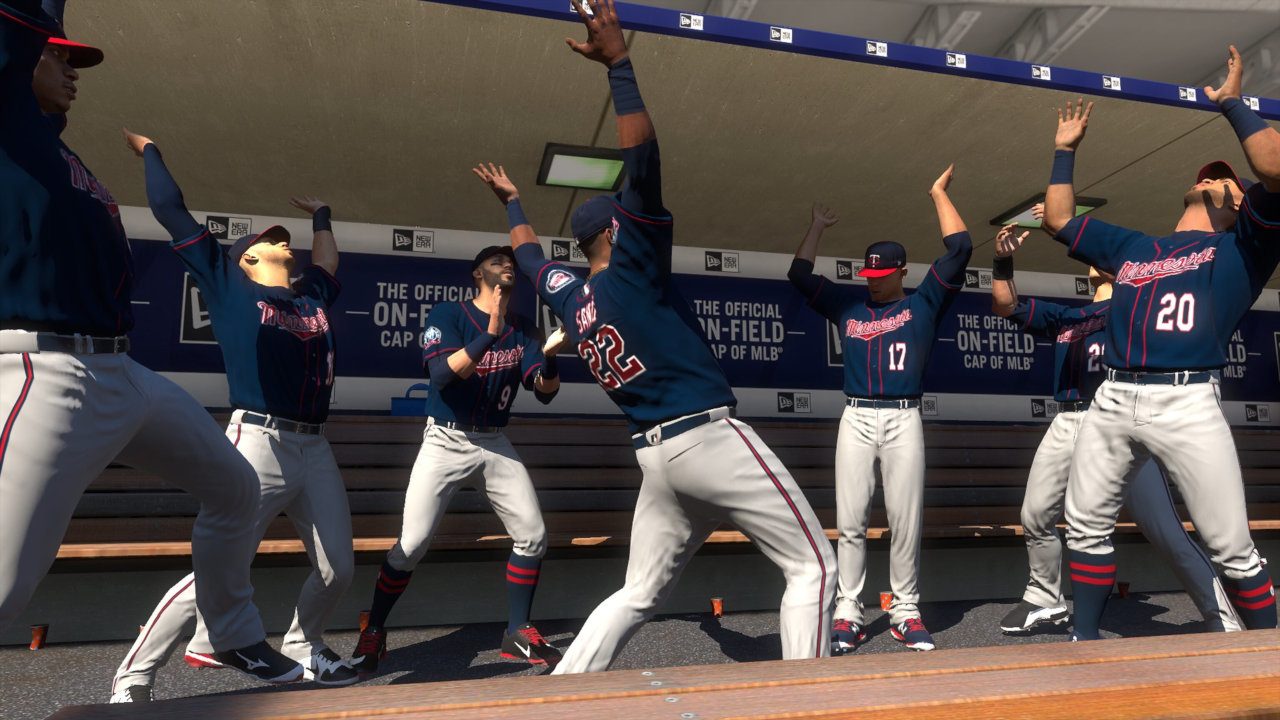 Our first look at gameplay from this year's installment offers new details for eagle-eyed viewers.
blog.us.playstation.com
Reactions: Shakka43 and synchronicity

Side note - I love the 80's retro Phillies uniforms shown in the video. But, it's probably nostalgia for the period.

Seriously though. The maroon and powder blue along with the swirl/baseball in the center of the P. So good. I love their home uni's from that era as well. (And I'm no Phillies fan.)

Will the program in the Houston Astros' cheating tactics?

Musky_Cheese Come look at this

playstation said I put 655 hours into last year’s game. It’s addictive and I love how you can build a fucking great diamond dynasty team without spending a dime.

If I can relocate my franchise teams - Goodby, Rays. Hello, Expos.

mckmas8808 said:
Will the program in the Houston Astros' cheating tactics?
Click to expand...

I'm sure they are looking forward to dodging cheating related questions while they ramp up to release.
Reactions: mckmas8808

Im waiting until I’m at my PC. Not doing mobile for this

It’s pretty cool they put Soto’s shuffle in the game.

I played the closed beta last week. The game is rough at the moment. The pitching felt good (minus the spastic cinematic camera angle shifts), but the batting felt way more sluggish and off than previous years. I'm sure they'll fine tune it though.
Reactions: Musky_Cheese

Reactions: element
You must log in or register to reply here.